You can smell the sea air but you can’t hear the waves over the sound of the wind in the trees of the large forest of Acacia karoo that forms the basis of the Richards Bay Minerals (RBM) mine rehabilitation. David Wright and I visited Kwazulu Natal, South Africa with Rio Tinto’s ecologist Teri Ott to progress RBM’s biodiversity action plan.

This coastal dune forest that has been impacted and rehabilitated by the mine is more like a jungle at this time of year; cool and shady in the humid air and thick with summer ground cover and lush vines reaching into the 26-year old canopy. It is alive with bird song, bouncing vervet monkeys and colourful tree agamas and that’s before you start to look very hard. 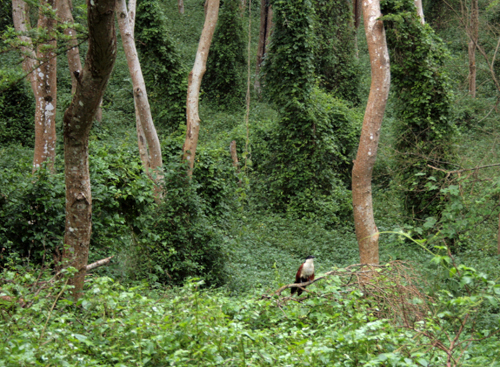 The Kwazulu-Natal coastal dune forest inhabits a thin coastal strip from southern Mozambique through Kwazulu-Natal. The forest is part of the Maputaland-Pondoland-Albany biodiversity hotspot and consists of species from overlapping biomes including species from the northern tropical forests, southern temperate forests, hinterland savannahs and mountain forests.

This convergence of biomes has increased the species richness of the region, which includes many threatened species. The forest is described as a mosaic reflecting its fragmented nature which has been exacerbated by human impacts including logging, mining, urban settlements and tourism development. Some areas have been protected – for example South Africa’s first listed World Heritage site called Isimangaliso Wetland Park which is located just north of RBM’s mine site.

RBM is a Rio Tinto owned and operated mine along the Zululand coast, near Richards Bay. It was established in 1976 to extract and process Aeolian dune sands rich in the heavy minerals ilmenite, rutile, and zircon. From its inception, RBM has had due consideration for its environmental impact. Since 2004, Rio Tinto has committed to a goal of Net Positive Impact (NPI) on biodiversity by ‘minimising the impacts of its businesses and contributing to biodiversity conservation to ensure a region ultimately benefits as a result of its presence’. 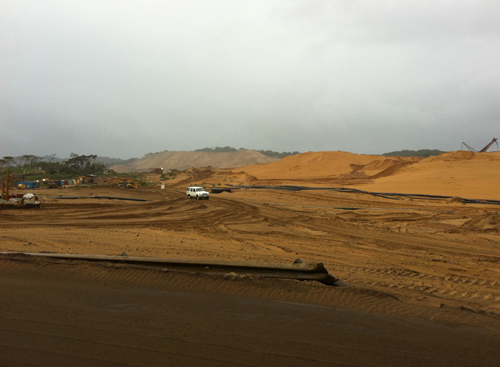 FFI is assisting Rio Tinto and RBM to reach this goal in the Richards Bay region through the development of its biodiversity action plan. This process identified all the biological features and ecosystem processes and services impacted by the activities of the mine. In collaboration with FFI, RBM is identifying actions to strengthen implementation of the mitigation hierarchy.

As the first step of the mitigation hierarchy, ever since RBM started operating they have avoided some of their potential impacts by maintaining an ‘eco-strip’ of natural habitat 100 m wide on the seaward side of the forest. None of this eco-strip area is mined regardless of the mineral content of its sands.

RBM actively and continuously rehabilitates the dunes from the sand tailings. As there are no chemicals involved in the separation of minerals from sand, the tailings are clean and can be covered with stockpiled topsoil and seeded. Following the first year of grasses and sun hemp that serve to shelter the tiny Acacia karoo seedlings, these acacia trees take hold and form a monoculture that holds the sand and soils together and acts as a windbreak to stabilise the dunes.

After 20 years of research by the University of Pretoria (CERU), we now know that these Acacia karoo forests grow in species richness and complexity and converge towards the original coastal dune forest that these lands once supported. The rehabilitation work at RBM is highly regarded internationally and is the best example within Rio Tinto’s network of companies. 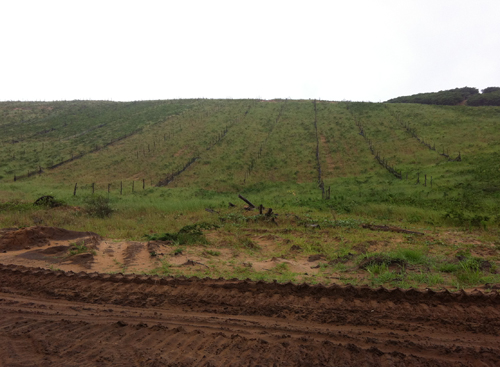 Biodiversity offsetting will be a necessary step in order for RBM to achieve its NPI target. We are currently working with RBM to quantify their impacts in order to assess how much residual impact (after avoidance and rehabilitation) there will be to offset. This will determine the extent and magnitude of biodiversity offsets required.

Recently Rio Tinto and FFI co-hosted a two day workshop on sustainable coastal forest management that brought together the environmental custodians of this region who had not sat together for at least the previous 20 years including: local communities and eco businesses, traditional land owners, NGOs, the Forestry Department and the Wildlife Authority. This facilitated excellent sharing of information and experiences between the company, local and national NGOs, communities and government agencies. These renewed relationships will be important to help RBM and FFI to identify, secure and protect suitable biodiversity offset sites.

It has become apparent that the majority of stakeholders support a shift from regeneration to plantation forest (which has been failing) towards regeneration to indigenous coastal dune forest. FFI has been working with RBM to develop an outline strategy for biodiversity offsets which would involve economic incentives for communities to manage indigenous coastal dune forest for conservation. This could lead to a win-win-win solution in which communities benefit by earning more than they previously have through plantation forestry; RBM is able to achieve NPI by offsetting its residual impacts; and precious coastal dune forest is sustainably protected.

RMB has a unique opportunity to lead by example as the first to publically implement the new guidelines, and to set the benchmark for others to follow. 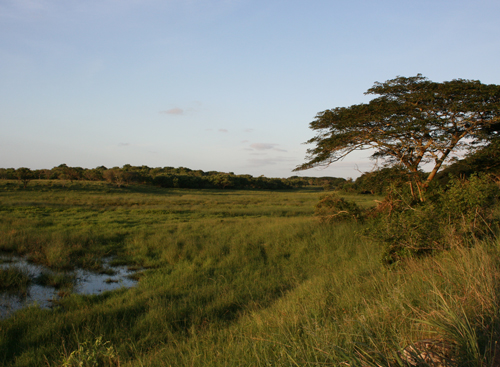