A sea turtle paradise in the land of lakes and volcanoes

There is little reason to wonder why Nicaragua is known as the land of lakes and volcanoes when you witness its dramatic volcanic landscape filled with vast forests, lagoons, lakes and pristine beaches. Located in the middle of the Americas, Nicaragua is home to a rich variety of plants and animals, and its beaches provide important nesting habitat for sea turtles.

Globally, there are seven species of sea turtle swimming in our oceans. Sea turtles are generally long-lived and can migrate vast distances between feeding sites and nesting beaches. They face a multitude of threats including poaching for their eggs, meat and shells, accidental entanglement in fishing nets and the potentially detrimental effect of climate change on hatchling sex ratio. 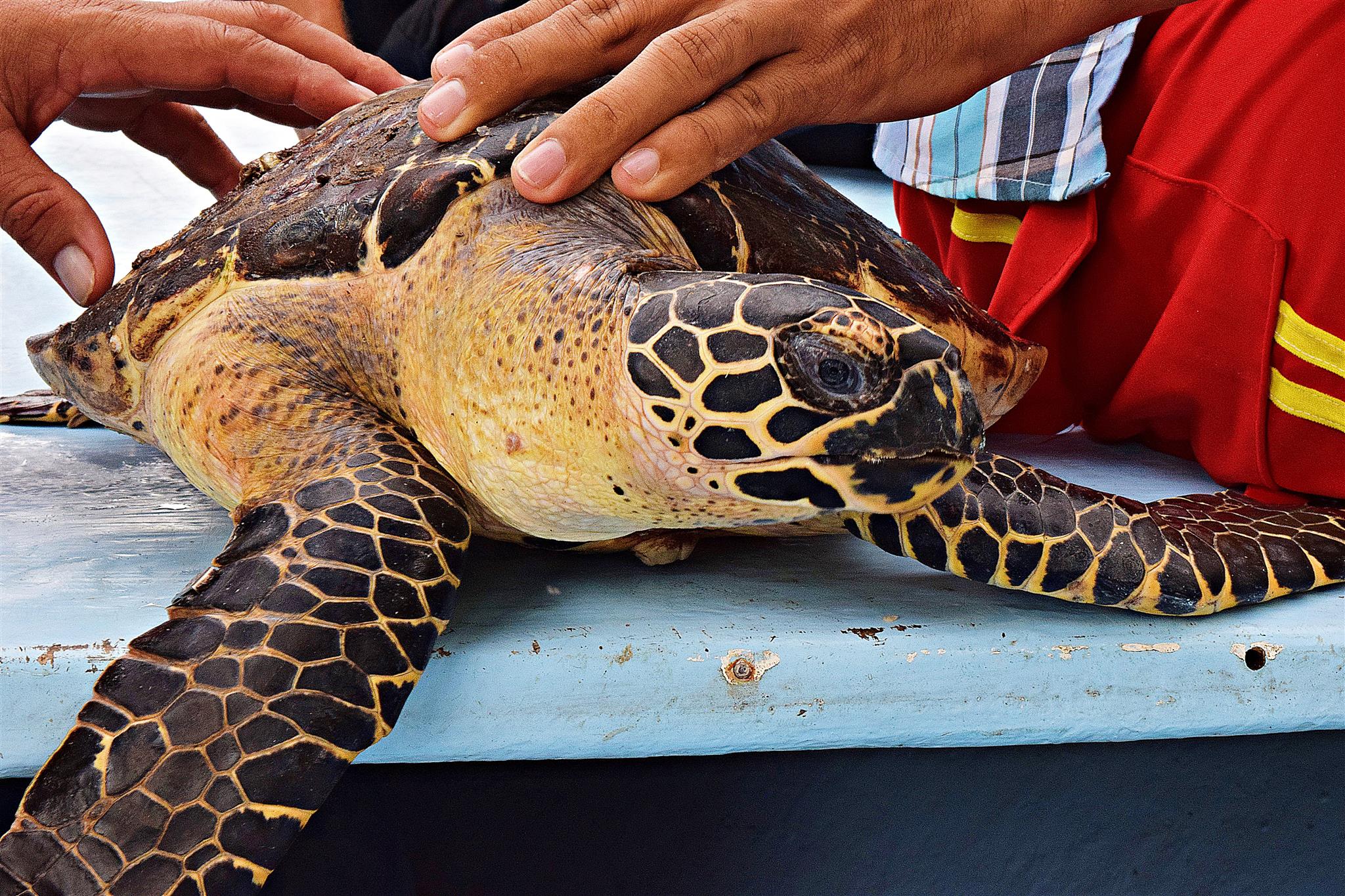 In Nicaragua, Fauna & Flora International (FFI) focuses on protecting three sea turtle species: hawksbill, leatherback and olive ridley – all of which are sadly included on the IUCN Red List of Threatened Species.

The hawksbill turtle has a distinctive pattern of overlapping scales that form a serrated look on the edge of its shell. This beautifully patterned shell is commonly referred to as “tortoiseshell”. Hawksbills use their narrow head and pointy beak to find food, such as sponges, in hard-to-reach places. They are found throughout the world’s tropical oceans, but are most often encountered near coastlines among coral reefs. 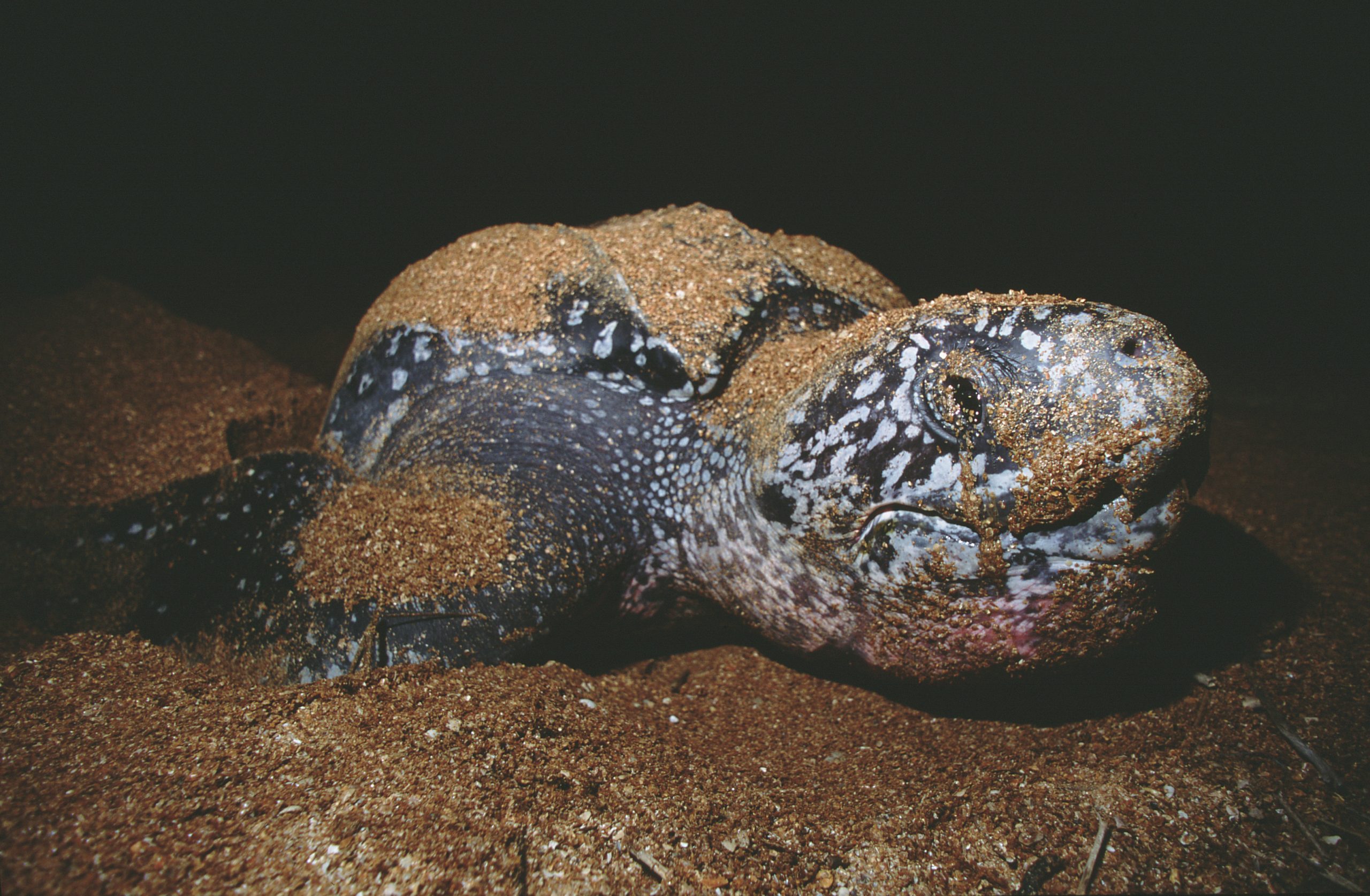 The leatherback is the largest sea turtle species, growing up to seven feet long and frequently exceeding 900 kilogrammes. Their shell is leather-like and flexible rather than hard, and features seven narrow ridges running the length of the carapace (top shell). Leatherbacks have the widest global distribution of any sea turtle and are found throughout the world’s oceans.

The olive ridley is the second smallest sea turtle, and gains its name from the olive-green hue of its shell. These turtles prefer the open ocean and come together as a group once a year for the arribada, when females nest in vast numbers on the same beaches – sometimes in their thousands. 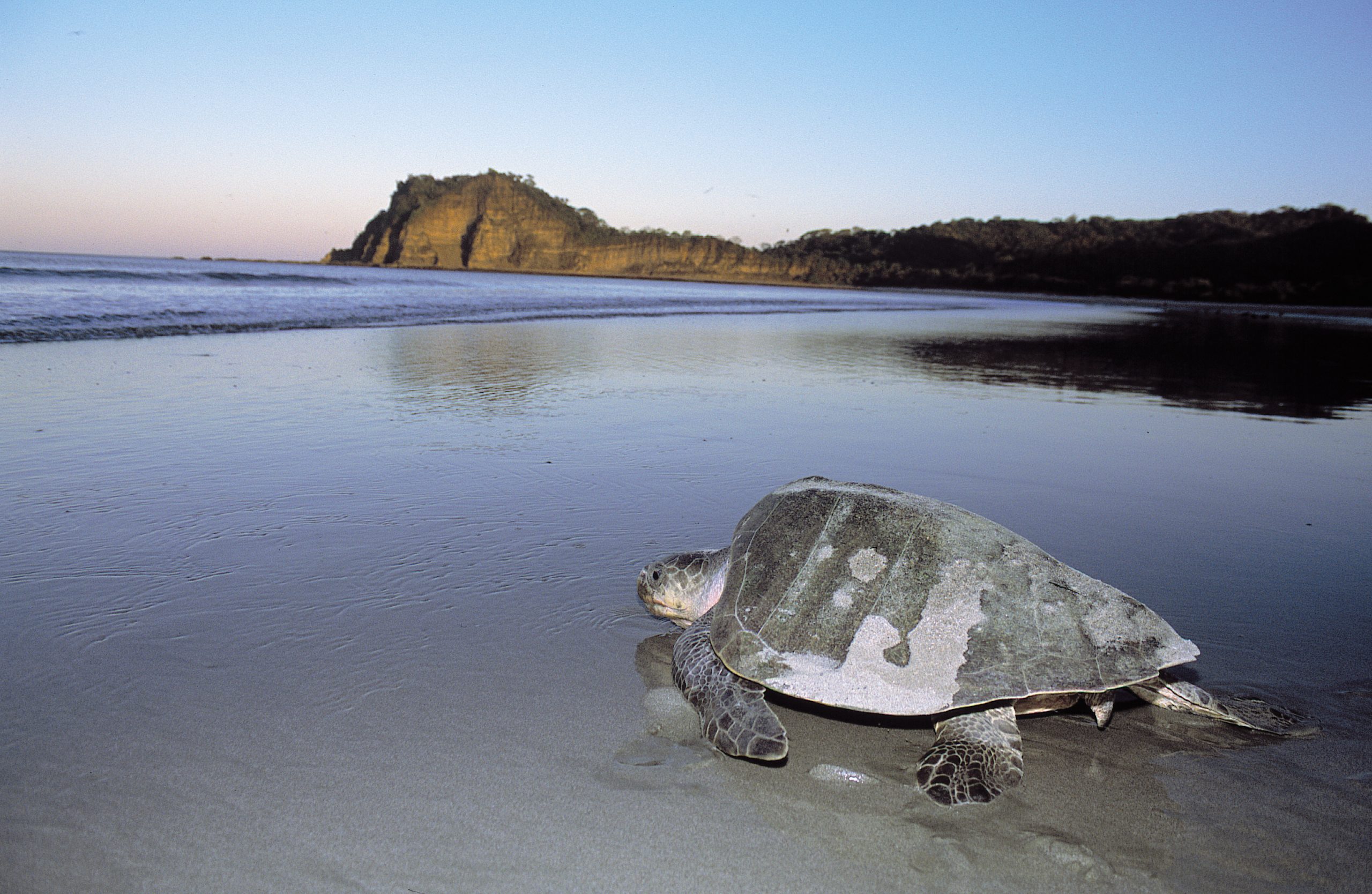 Last of the arribada, an olive ridley female in Nicaragua. Credit: Evan Bowen-Jones

FFI is reducing poaching of sea turtles and their eggs by turning poachers into turtle protectors. Having identified priority nesting beaches, FFI has been working with local communities to provide education and sustainable livelihood opportunities. For example, economic incentives have led to many local people choosing to patrol nesting beaches and protect sea turtles and their eggs instead of poaching.

As a result of this work, on several beaches poaching of nests has dramatically reduced from all eggs being taken to none. In addition, national public education campaigns, “Yo no como huevos de tortugas” (I don’t eat turtle eggs) and “Yo no uso carey” (I don’t use tortoiseshell), are changing public perceptions about turtle egg consumption and shell use. FFI is also eliminating destructive fishing practices to protect marine habitat and reduce the accidental capture of sea turtles. 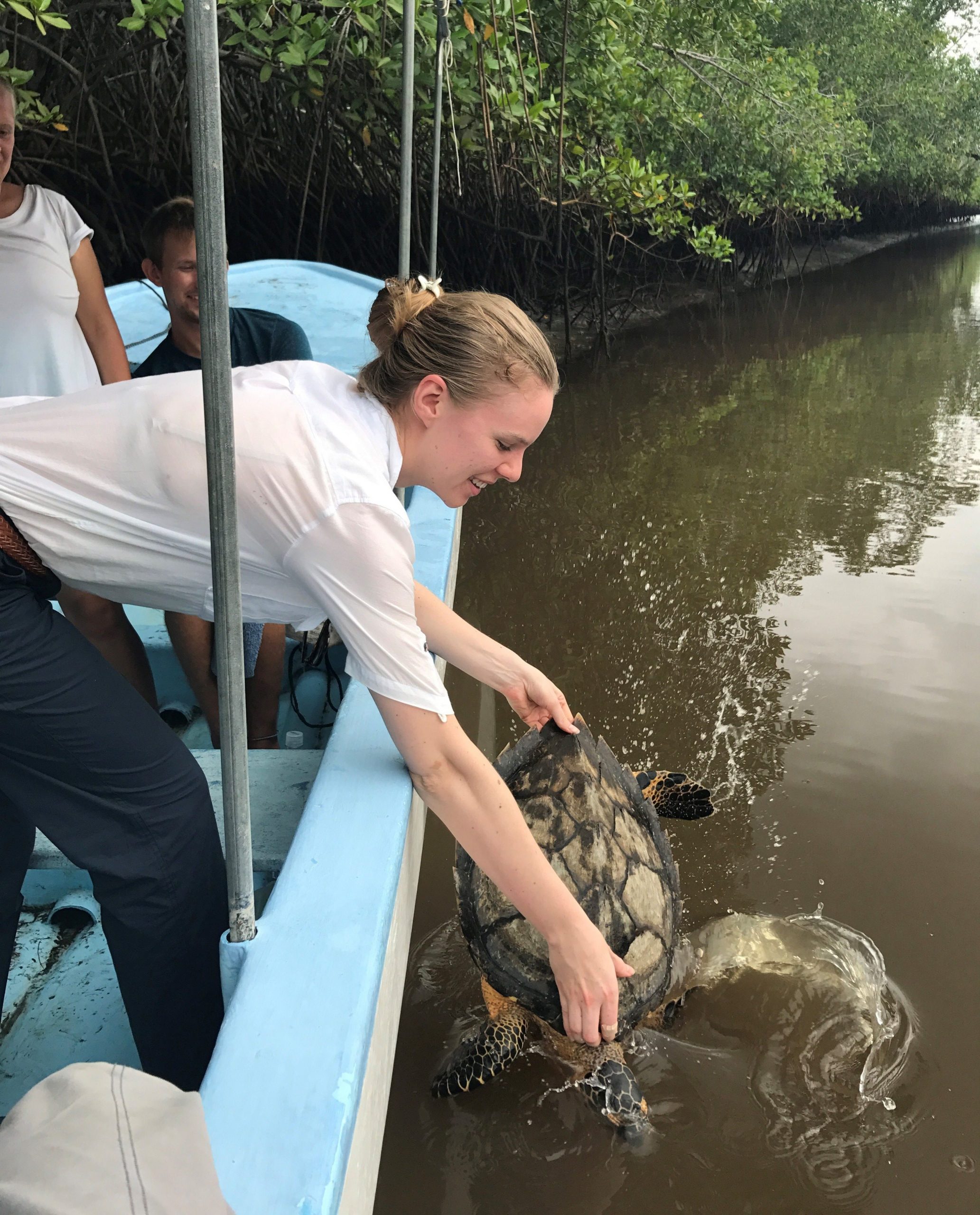 Releasing a juvenile hawksbill turtle after micro-chipping, tagging and taking a DNA sample.

As a result of this work, over 90% of Nicaragua’s nesting leatherbacks, and 42% of all hawksbill turtles in the entire eastern Pacific Ocean are now protected by FFI’s team in Nicaragua.

However, sea turtles are long-lived, so we will not truly see the impact of our work until the turtle hatchlings we are protecting today are old enough to return to nest on the beaches where they were born. Only then will we see changes to overall population numbers.

Hawksbill turtles can be found swimming throughout the tropical and subtropical waters of the Atlantic, Indian, and Pacific Oceans.