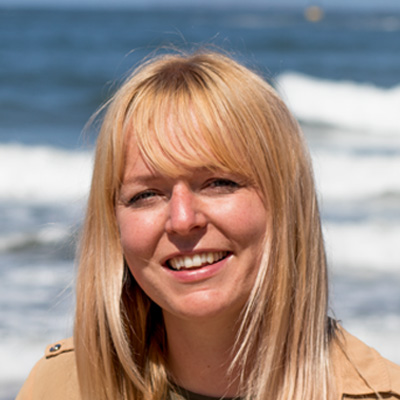 The news comes on the back of decades of community effort campaigning for improved protection for Fair Isle’s waters. Fair Isle is famed for its migratory bird populations and attracts visitors the world over. A small and remote island, located around 40km from the nearest land, the local economy is reliant upon a healthy marine environment to underpin their wildlife tourism industry.

Fair Isle records a greater diversity of bird species per unit area than anywhere else in Britain and Ireland, due to its location as first landfall for migrants moving across both the North Sea and Atlantic Ocean, and often records unusual avian visitors not found elsewhere in the UK. In addition, seventeen species of seabirds breed on Fair Isle, however populations of these have declined from c. 250,000 in total in the 1980s and 1990s to just over 100,000 in 2010, with species such as kittiwakes, arctic skuas, puffins, shags and arctic terns showing the most rapid declines. This is not only an issue for the biodiversity of Fair Isle, but also represents a threat to the island’s main industry – wildlife-based tourism.

The Fair Isle Marine Environment and Tourism Initiative (FIMETI) was established in 1995 as a partnership between the Fair Isle community, the National Trust for Scotland and the Fair Isle Bird Observatory Trust to work toward the long-term protection and sustainable management of the seas around the island. The proposal for the Demonstration and Research Marine Protected Area (MPA) was developed in 2011 by FIMETI on behalf of all residents of Fair Isle, and had full support of other stakeholders using these waters.

The Fair Isle MPA is ultimately designed to protect the island’s sea bird populations (and associated bird tourism industry) and has two objectives: to conduct robust research on population decline of seabirds, and to demonstrate the social and economic value of a healthy marine environment to the Fair Isle community and others. It differs from Scotland’s nature conservation MPAs in that rather than specifically protecting species of European importance it is specifically targeted toward carrying out research to demonstrate sustainable marine management approaches.

Speaking about the news, FIMETI representative Nick Riddiford said, “I am delighted that 25 years of community effort to safeguard our seas has reached this milestone. Its goal as the first Demonstration and Research MPA in Scotland is to pilot a partnership approach towards sustainable marine management of benefit to all.”

“The sea plays a huge role in the economic, social, cultural and environmental wellbeing of the isle. The designation will make a big difference for Fair Isle.”

The MPA proposal has been developed as a collaboration between the Fair Isle community and fishing industry representatives from both Shetland and wider across Scotland, to ensure that the MPA can be developed in a way that also allows fishing in the area to survive and prosper sustainably into the future. A wide range of cross-sectoral stakeholders will work together to oversee the implementation and management of the new MPA.

Kerri Whiteside, Fauna & Flora International’s Marine Community Support Officer has been working in support of the community on Fair Isle since 2014 and added, “As well as the ecological and socio-economic values the MPA is anticipated to bring, it is also an important example of collaborative management within Scottish seas – with the community, commercial fishers, research institutes and many others all collaborating and supportive. The designation today marks significant and long-deserved progress for the community of Fair Isle and their surrounding waters.”