Scales and stripes: flying the flag for pangolins in a tiger stronghold

Protecting one of Asia’s most formidable apex predators may not seem like the most obvious way to help another species that might be on its dinner menu, but that is precisely what Fauna & Flora International (FFI) is doing in Sumatra’s Kerinci Seblat National Park, the second-largest national park in Southeast Asia.

In theory, a pangolin would make a handy bite-sized snack for a Sumatran tiger, but in reality an encounter with a hungry feline is the least of its worries. Thanks to their cloak of tough, overlapping scales, pangolins can protect themselves against even the most determined natural predators by the simple expedient of rolling into a virtually impenetrable ball.

Unfortunately, this technique is no defence against humans. The total tonnage of these scaly anteaters that fall victim to the illegal wildlife trade is staggering. More than a million pangolins are estimated to have been taken from the wild since 2000.

Asian pangolin populations have crashed so dramatically in the face of this poaching onslaught that traffickers are resorting to African species in order to satisfy the demand for their meat and scales, particularly from China and Vietnam.

So how can FFI’s Sumatran tiger conservation efforts be tipping the scales in the pangolin’s favour? The answer lies in the formidable anti-poaching network that FFI has built up during almost two decades of collaboration with the national park authorities, communities, police, judiciary and local government. One of Asia’s longest running law enforcement programmes, this pioneering initiative is now widely acknowledged as a global model for tiger protection. 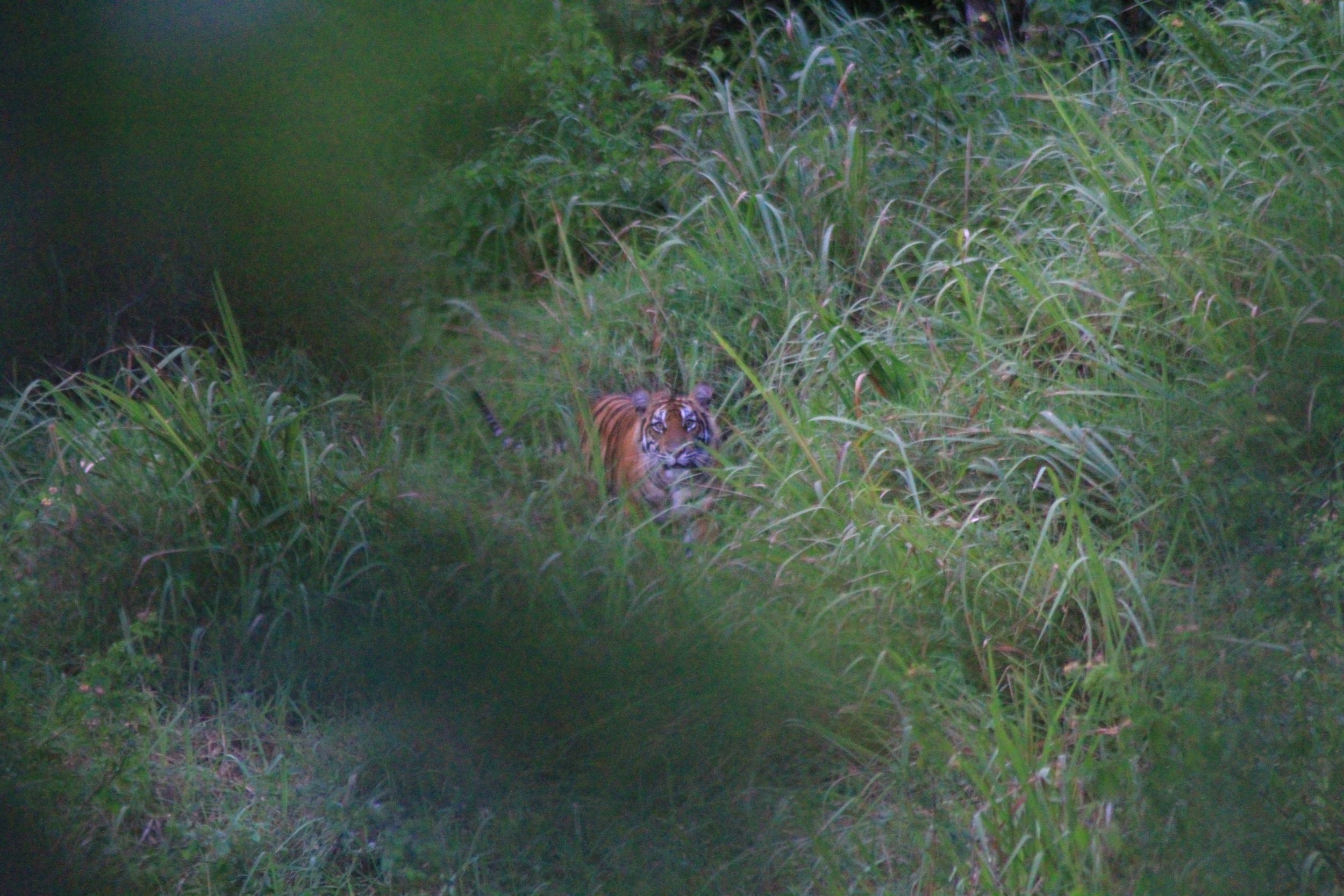 Central to its success are highly trained Tiger Protection and Conservation Units led by national park rangers working alongside recruits from forest-edge communities. In partnership with key government agencies, these units conduct routine and intelligence-led forest patrols and investigations, reduce human-wildlife conflict and work closely with communities. During the course of their work they have removed thousands of snares and, no doubt, worn out countless pairs of boots while patrolling a cumulative distance of over 23,000 kilometres.

Just as importantly, their undercover operations have contributed directly to the arrest and prosecution of numerous poachers and traders engaged in wildlife crime, and helped to secure custodial sentences of up to four years for the worst offenders.

These Tiger Protection and Conservation Units may have earned their stripes protecting one of the world’s most critically endangered big cats, but recently their expertise has proved invaluable in disrupting trade in Sunda pangolins and helmeted hornbills, both of which are perilously close to extinction.

Their work over the last 18 months has led to the arrest and prosecution of 15 wildlife criminals, including several notorious pangolin traders, securing a substantial reduction in the threat to this and other species in patrol areas.

According to Debbie Martyr, manager of FFI’s Kerinci Tiger Project, these prosecutions are the culmination of investigations conducted by a dedicated team across Sumatra and beyond, meticulously mapping multiple trade routes and logging over 80 investigation reports.

In 2017, the recorded poaching threat in Kerinci Seblat National Park fell by 90% as a direct result of strategic law enforcement against key individuals. FFI’s senior wildlife trade specialist, Rebecca Drury, views the latest figures as encouraging: “This is welcome news not only for Sumatra’s last tigers, but also for the critically endangered pangolins that share their forest home.”

The world's most trafficked mammal

Pangolins are on the critical list - over a million are estimated to have been taken from the wild by poachers since 2000.

Please support FFI today to help stop pangolin trafficking. Unless we act now we could lose the pangolin for ever.