A groundbreaking new project to protect one of the world’s most endangered group of species has been kick-started by Fauna & Flora International (FFI) in Georgia. The sturgeon was once found in all of Europe’s great rivers, and its meat and caviar have fed royalty and the wider population throughout history. However, following intensive fishing – and owing to the slow breeding of this longlived fish – the sturgeon has disappeared from most waters. Today, only three rivers in the whole continent still support breeding populations: the Garonne in France; the Danube, which flows across central and Eastern Europe; and the Rioni – one of the great rivers of the Caucasus.

In Georgia, the Rioni is home to six endangered sturgeon species (including the critically endangered European sturgeon) all of which are declining alarmingly. If no conservation action is taken, they could all be lost from the Rioni within a decade. To prevent this, FFI is piloting a project to secure these critical populations of Europe’s last remaining sturgeon. 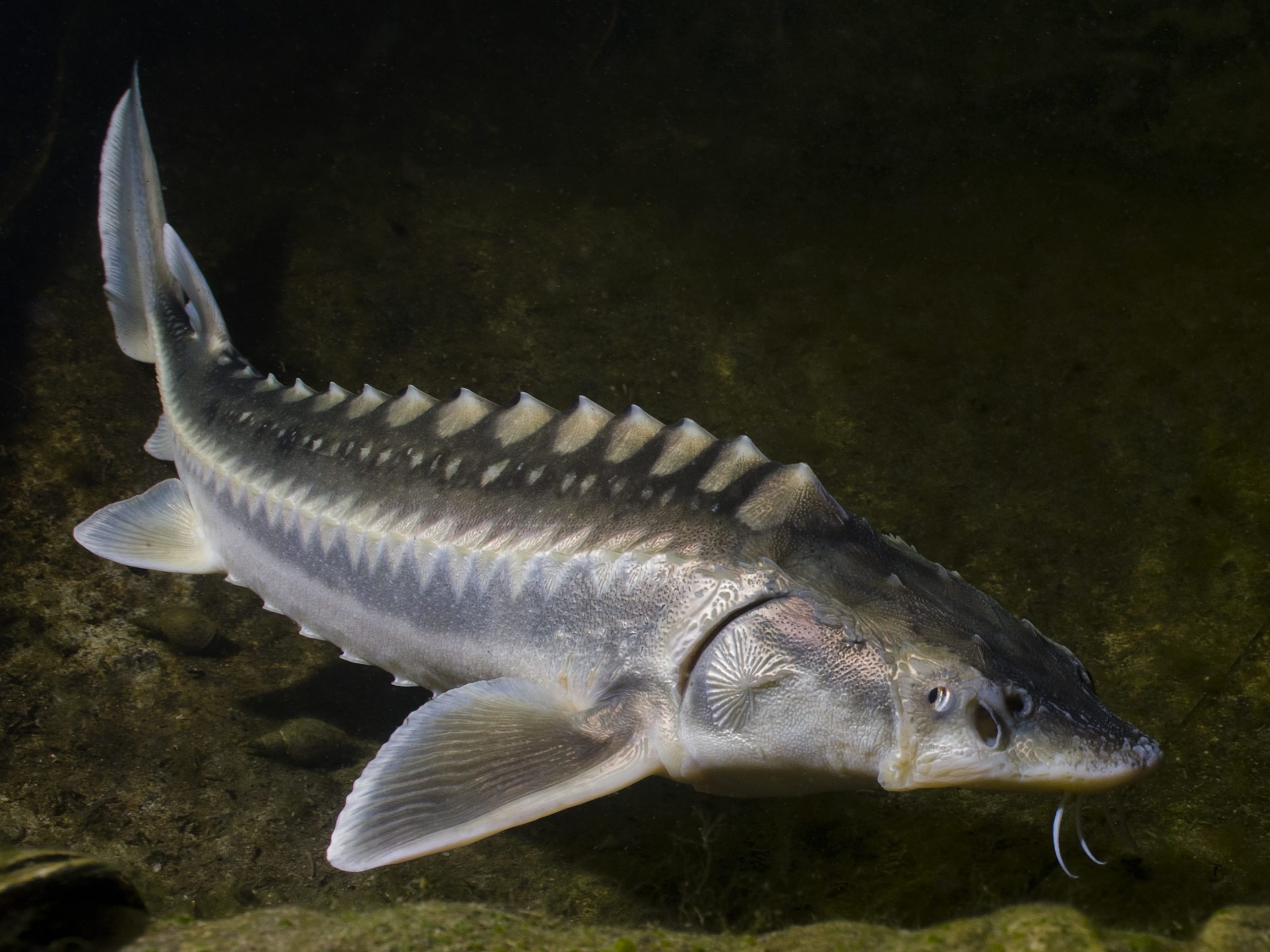 The most pressing threat affecting these fish in Georgia is poaching in the form of illegal bycatch and targeted fishing. Other key threats include habitat destruction and illegal sales of their meat at markets and restaurants. There is also a severe lack of data on Rioni’s sturgeon; to fill this knowledge gap, the project is conducting the very first baseline monitoring activities, as well as studying the illegal fishing and trade of sturgeon.

This new knowledge is being used to tackle the threats sturgeon face. In collaboration with local fishers, environmental inspectors, community members and scientists, FFI is improving enforcement strategies, developing targeted responses to poaching activities, and engaging with traders and restaurants to put an end to the sale of wild sturgeon. The combined effects will reduce poaching, deter illegal trade, and ultimately increase populations.

“Local fishers recall the days of large sturgeon catches. They have seen the collapse of the stock over the past few decades and are worried their grandchildren will never see sturgeon in their lives. FFI’s efforts are welcomed and many fishers are offering to support our project,” says Fleur Scheele, Programme Manager for FFI’s Caucasus programme.