Sailing into the Future: Prospects for Marine Parks in Cape Verde 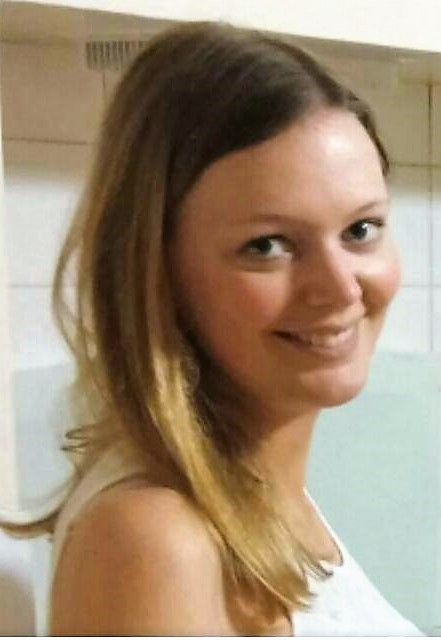 Amongst West African countries, Cape Verde has by far the largest area of ocean (801,065 km2): it is three times larger than the next significant marine territory in the region, which is in Morocco, and covers 39.3% of national waters in the region.

Cape Verde is also a global hotspot for marine wildlife with many emblematic and unique marine animals. Cape Verdean waters are home to at least 60 shark and ray species, including the striking hammerhead shark and graceful manta ray. More than 20 species of whales, dolphins, and porpoises can be found here as well as humpback whales, which breed in the area. I will never forget how, the first time I came to Maio Island, dozens and dozens of dolphins surrounded our boat, dancing on the waves at sunrise!

Cape Verdean beaches also provide globally important nesting areas for the world’s second largest turtle, the loggerhead, and all five endangered sea turtle species feed in its coastal waters. I saw my first turtle in 2011, at the very end of the nesting season – in fact, as we were sitting on the beach at night, waiting and waiting, we thought that we had missed our chance for the year. Then, suddenly, one of the turtle rangers gestured towards us, and we saw a female slowly emerge from the waves, oblivious to everything around her. In a trance, she carefully built her nest and laid her eggs, before returning to the sea. We were all captivated by this ancient ritual, even the rangers who had seen it many times before.

Because of this vast array of marine life and important costal ecosystems, we hope that with the ‘flick of a pen’ by the government, key areas in these waters will soon become fully protected. This would make Cape Verde a leader for ocean conservation in West Africa, hopefully inspiring others to protect their marine national heritage as well. 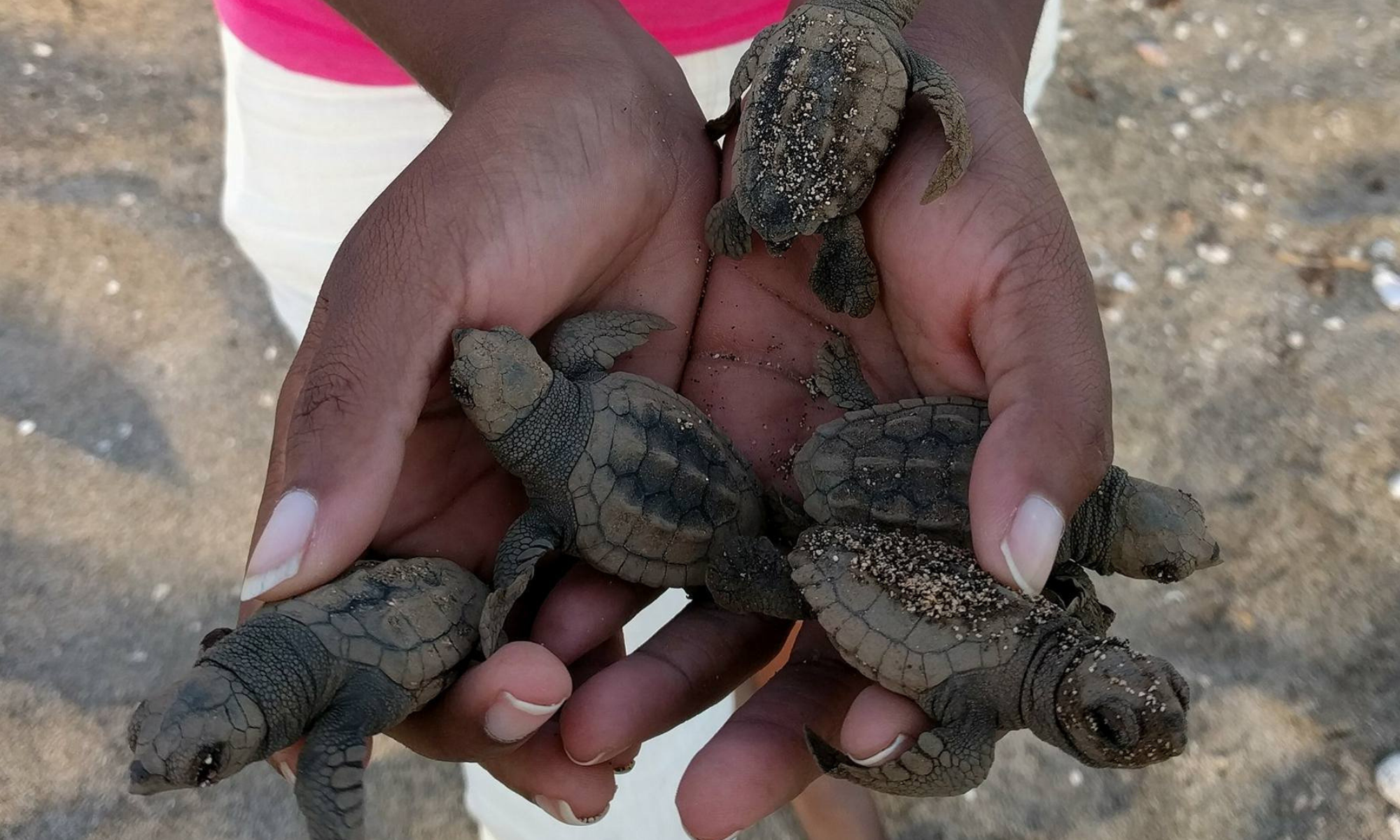 As for much of West Africa, illegal fishing presents a serious threat to Cape Verde’s marine wildlife and also for the livelihoods of coastal fishing communities. For example, on Maio Island – Fauna & Flora International’s (FFI) main project area in the archipelago to date, nearly 80% of the 7,000 residents depend on the ocean, with fish being a major source of food for many households.

Due in part to the pressure of illegal fishing, traditional fishing – as carried out by the people of Maio for centuries – has become much more difficult. A large foreign boat seen from the coast is always a source of worry for Maio’s small fishing families, as an international mega-trawler can, in one visit, catch thousands of times more fish than local fishers, massively reducing stocks and threatening Maio’s fisheries. While I was living on Maio, I sometimes went out to sea with fishers, and always very much enjoyed listening to their stories and adventures. I learned a lot about Cape Verde’s marine fauna from them, as well as about their struggles, and we often discussed the importance of marine conservation. Protecting key areas of the ocean around Cape Verde through the legal establishment of marine parks, with good plans and rules for their management, are a great first step towards protecting marine wildlife and fish stocks…and as a result traditional fisher livelihoods.

Currently only 1% of West African waters are legally protected. Compared to some other places in the world, the establishment of marine parks within this region is still at an early stage. However, the Cape Verdean and other African governments are working hard to catch up. Cape Verde has committed at the highest level to guarding its waters and marine wildlife, and plans to protect 5% of its waters by 2025. Due to the size of Cape Verde’s ocean territory, this would make a huge contribution towards the development of marine parks in West Africa. 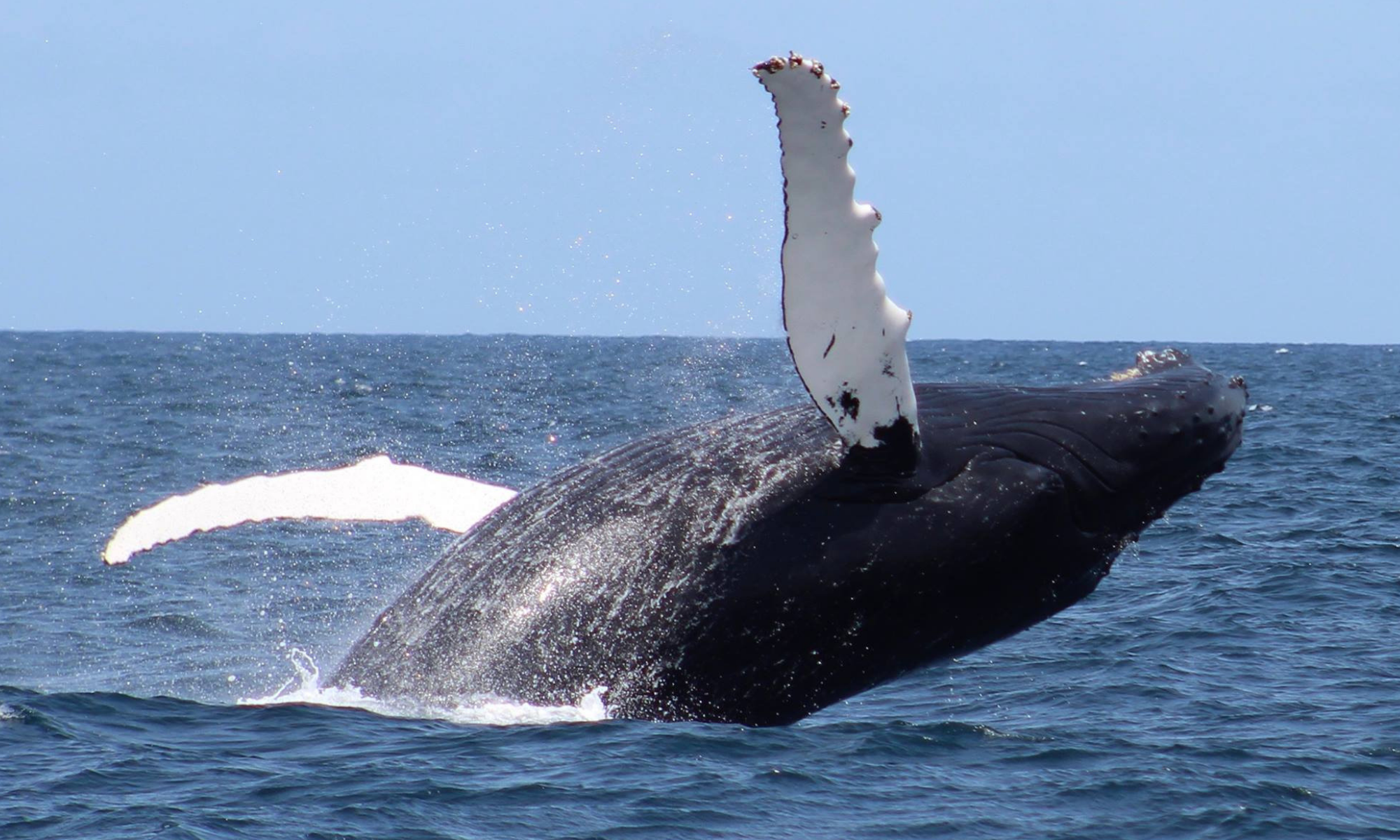 The Cape Verde government has already created 19 small coastal marine parks, including the Natural Reserve of Santa Luzia – an uninhabited island and its surrounding waters. Santa Luzia is home to the rare Raso lark, which was the focus of a spectacular reintroduction programme in early 2018. The Cape Verde shearwater – a seabird that flies very close to the water and seems to ‘shear’ the tips of waves – is also found here and nowhere else in the world. Nothing beats watching the ballet of seabirds coming back from sea to feed their young on the cliffs, against a backdrop of orange and red clouds at sunset. I spent six weeks living in a tent on an uninhabited islet in the reserve, watching this scene every evening: a truly unique place, and a wonderful experience.

The next step is for the Cape Verdean government to approve the plans and rules that have already been developed for each of these coastal marine parks and then to quickly implement them. Once this is done, each marine park will have a much stronger level of protection and Cape Verde will be a leader in West Africa in the protection of the ocean and its amazing wildlife. 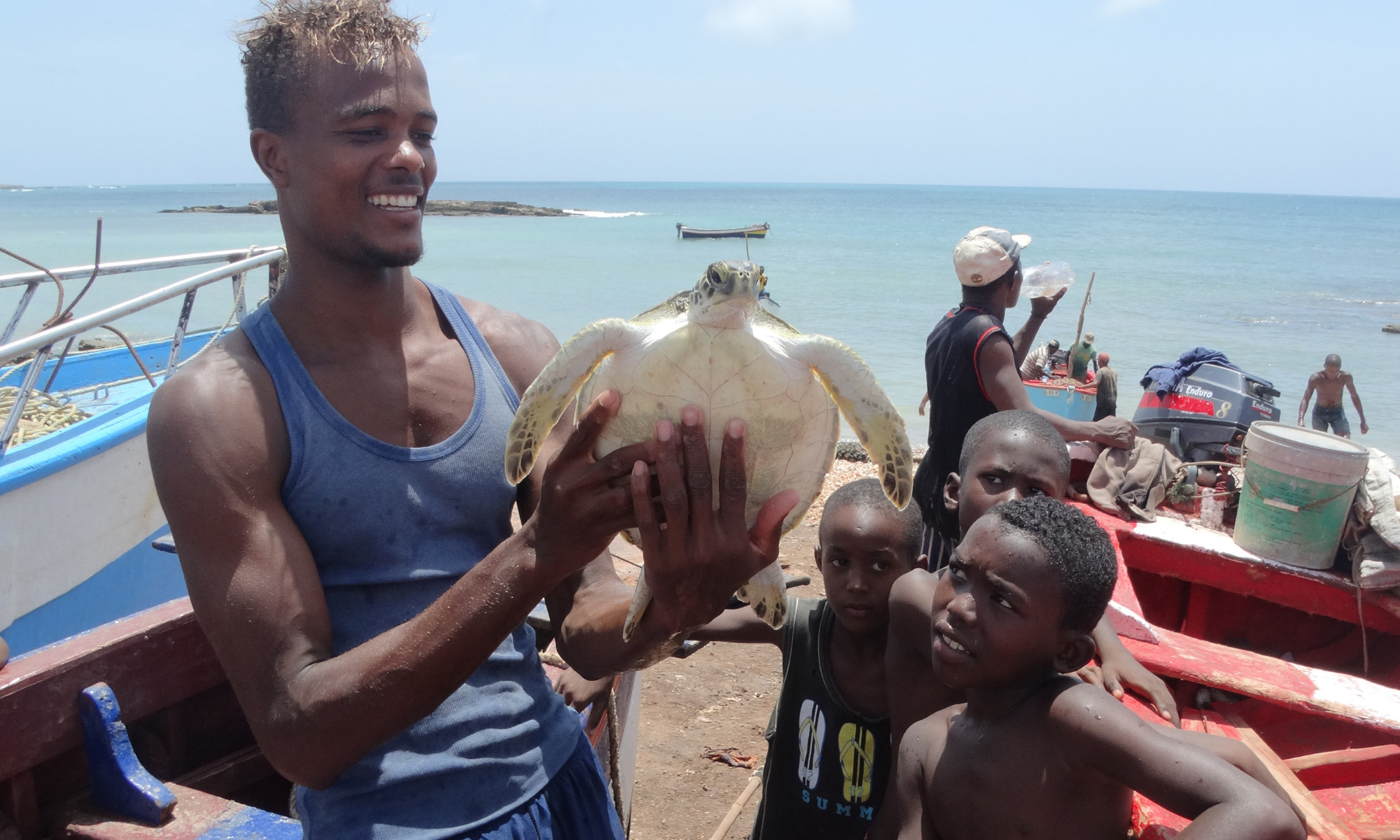 In the meantime, local initiatives such as the “Guardians of the Sea” on Maio Island are filling the protection gap. Maio’s fishermen act as park rangers, patrolling the sea and reporting to Fundação Maio Biodiversidade (FMB) – a local conservation NGO and a partner of Fauna & Flora International – any activities that would be illegal under the not-yet-ratified marine park management plan. This local effort shows the great support there is amongst local fishermen for marine parks. In fact, it was Maio’s fishers themselves who, in response to falling fish stocks, approached the Cape Verdean government in 2012 to ask for the creation of a marine park. We hope their dreams will soon be fully realised.

There is true momentum for marine parks in the Portuguese-speaking world: in addition to Cape Verde’s efforts, Brazil has just designated four colossal marine parks covering over 920,000 km2 – this is an area the size of Nigeria – and Portugal is preparing to host the important 2020 United Nations Ocean Conference.

Cape Verde is now at a pivotal stage in the designation of its marine park network. The very promising past developments towards greater protection, combined with the country’s importance in the region, place Cape Verde as a key leader and trail-blazer for the establishment of an effective marine park network across West Africa. The next crucial step is for the Cape Verdean government to keep the momentum going by formally approving the park management plans already identified – a move that is eagerly awaited around the world and will propel Cape Verde to the front of the Portuguese-speaking world with respect to protecting the marine environment.