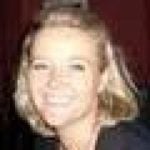 Developed for the Ustyurt Landscape Conservation Initiative, a project Fauna & Flora International (FFI) and Pact work with in conjunction with the Forestry and Hunting Committee under the Ministry of Agriculture of Kazakhstan and the local partner the Association for the Conservation of Biodiversity of Kazakhstan (ACBK), the campaign has featured an integrated approach to education and public awareness, covering print, digital and electronic media.

Gulmira Izimbergenova, Project Manager with ACBK remarked, “Raising awareness was a high priority and known to be of great importance for the success of the project. This year alone we have developed a social movie called Save the Saiga in both Kazakh and Russian languages and produced a poster entitled We can still save the saiga.”

Comic books, called The Saga of the Saiga (published in Kazakh), and billboard displays have also featured in the campaign.

Save the Saiga has been edited into two versions, a short minute and 40 second one and an even shorter 30 second one, designed for use on television. The films are currently enjoying airplay on regional and commercial channels in Kazakhstan. They have been seen by thousands of people through public service announcements, airing at InterNews Kazakhstan and in regional public spaces such as the Aarhus Centres and at local schools and kids’ clubs.

Save the Saiga (Kazakh with English subtitles). Watch the Russian version.

The poster highlights recent changes to national legislation relating to tougher sanctions on hunting and trading of the Critically Endangered species. Billboards displaying the posters have featured in the campaign, thanks to support from governmental organisations of the Aktobe region of Kazakhstan. With the support of the Forestry and Hunting Committee the posters are now up on the railway station and airport of Aktobe.

The comic books, developed by the Forestry and Hunting Committee, the Saiga Conservation Alliance, NABU and Animaster, called The Saga of the Saiga were published in Kazakh language and were widely distributed among local schools.

The outreach component of the Ustyurt Landscape Conservation Initiative is not going to stop there. Future plans will build on successes already achieved, and encompass interviews with journalists, TV and radio broadcasts, work with schools and universities, and further work to enhance public awareness on saiga conservation.

The Ustyurt Landscape Conservation Initiative is made possible with funding from the American people provided by the U.S. Agency for International Development USAID/Sustainable Conservation Approaches of Priority EcoSystems (SCAPES) program, the UK Darwin Initiative and the Disney Worldwide Conservation Fund.