Roll up, roll up! Precious pangolins caught on camera in Vietnam

Regular visitors to the Fauna & Flora International (FFI) website will have noticed a pattern emerging when it comes to good news stories originating in Vietnam. Almost invariably, these stories relate to the positive progress that FFI and partners have made with primate conservation: reversing the decline of Delacour’s langur; a turnaround in fortunes for Tonkin snub-nosed monkeys; critically endangered crested gibbons on an upward curve.

Sadly, the outlook for most of the country’s other mammal species appears less rosy. Many of Vietnam’s forests, including those benefiting from formal protection, are under relentless pressure from snaring and hunting. Species after species faces a very uncertain future, either hoovered up in the name of traditional medicine or – a more recent phenomenon – snared and sold to satisfy the persistent demand for wild meat in urban restaurants.

Gratifyingly, however, it appears that the doom-laden reports of total biodiversity meltdown may be exaggerated.  A programme of camera trapping at secret locations in Vietnam, gathering evidence needed to support designation of new protected areas, has revealed the presence of numerous threatened species that were believed to have been virtually obliterated by poaching.

Foremost among these is the critically endangered Sunda pangolin, one of eight scaly anteater species that, collectively, have the dubious distinction of being the world’s most trafficked mammals. Three pangolin photos, captured along with thousands of snapshots of other elusive and endangered species, were a particular cause for celebration. 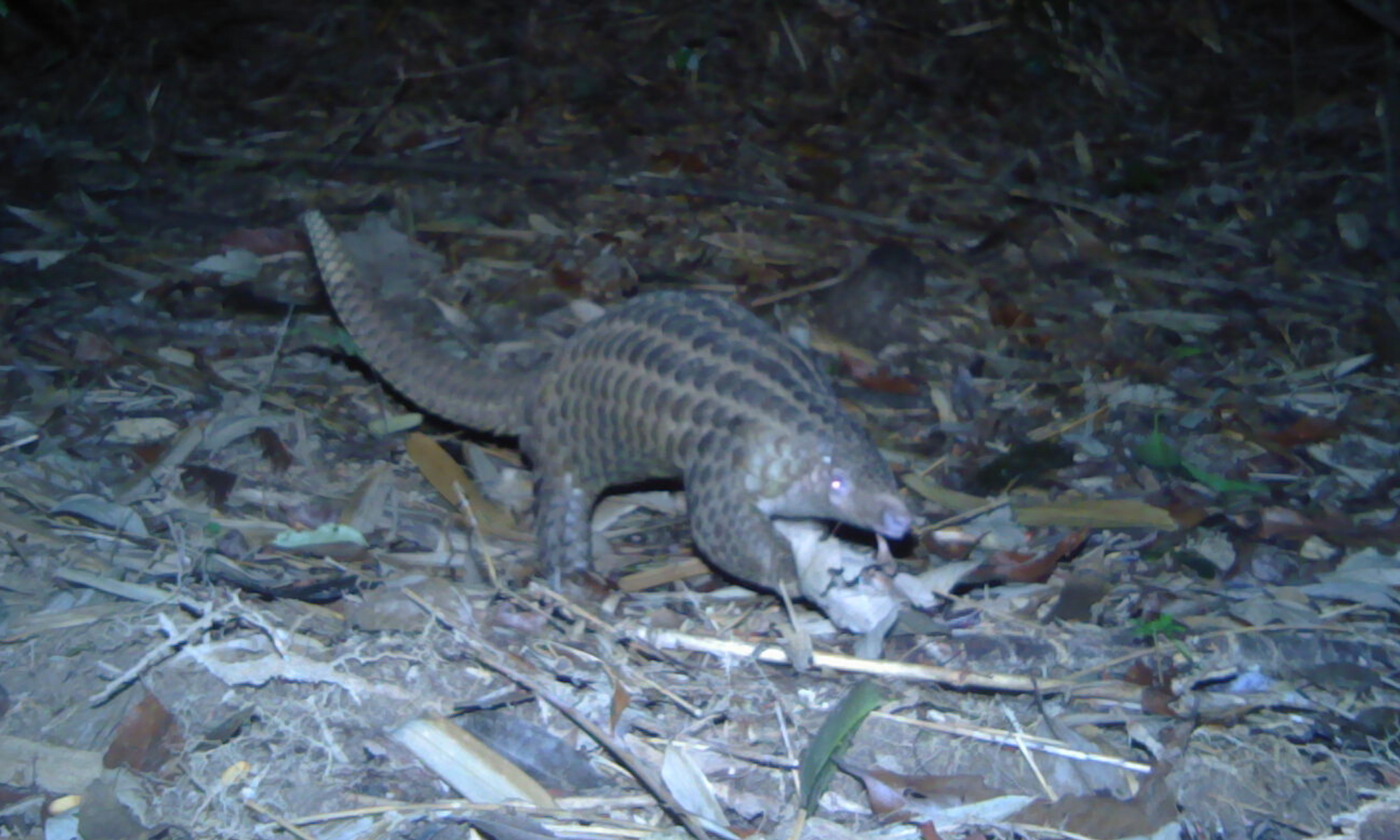 On the one hand, the fact that a trio of camera-trap photos can trigger such unbridled excitement within the conservation community is a sad reflection on the pitiful present-day plight of the pangolin. Conversely, the triptych of images can be seen as a sign that all is not lost for these endearing termite terminators. Despite the widespread plundering, they are evidently still clinging on in some of the country’s remotest and least accessible wildlife havens.

Josh Kempinski, head of FFI’s Vietnam programme, is encouraged by the findings to date: “After recent, sensationalist headlines regarding Vietnam’s ‘empty forests’ it’s deeply satisfying to prove that it isn’t true. The challenges are immense, for sure, but most wildlife is resilient, and will rebound – if we just give it a chance to recover.”

Concern for the safety of these animals precludes us from pinpointing the pangolins’ precise location. These shambling, sticky-tongued denizens of the dark would be a prime target for poachers seeking a quick profit. Our immediate priority is to work with the Vietnamese government to strengthen protection for the areas that still harbour viable populations of threatened species, which could include pangolins. 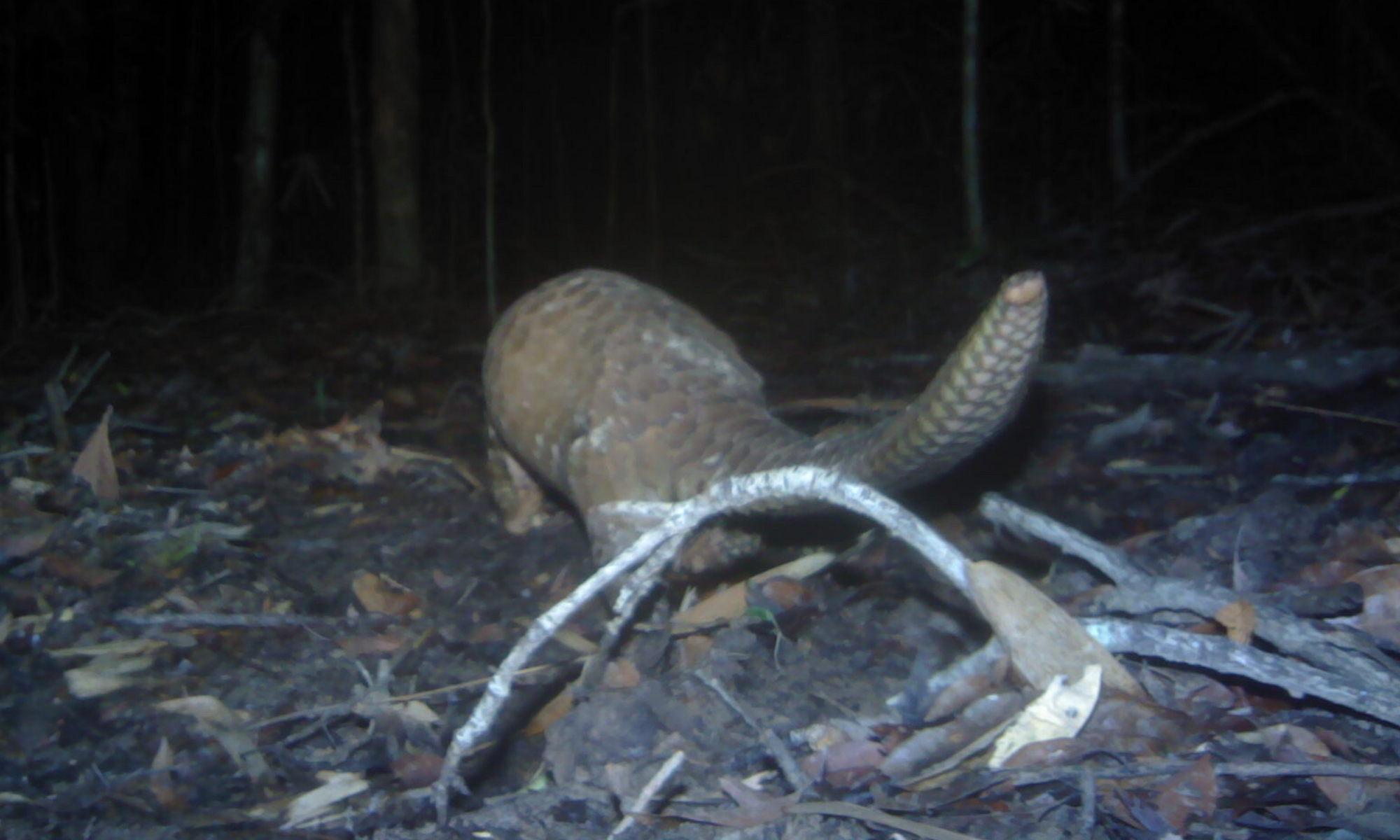 Tails of the unexpected. Another welcome surprise among the camera-trap photos. Credit: FFI

At the same time, we are working to tackle the rampant illegal trade in pangolins and other endangered species in Vietnam. In February, FFI was among 14 conservation organisations that signed an open letter to Prime Minister Nguyen Xuan Phuc, urging the government to identify and close markets and other locations where wildlife is sold illegally.

The recent announcement that the Ministry of Agriculture and Rural Development has been ordered to draft an urgent directive banning illegal wildlife trade and consumption is welcome news, and demonstrates that Vietnam is showing real leadership in addressing this clear and present danger to biodiversity and to human health.

We look forward to working closely with the authorities to support strict enforcement of the new directive, and to realising our vision of a Vietnam in which a trio of camera-trapped pangolins elicits an appreciative smile rather than a full-blown fanfare and calls for a national holiday.