Resurrection of the northern white rhino – Could this be the turning point?

A major scientific breakthrough, officially announced in a press release today, could signal a seismic shift in the survival prospects of the world’s rarest rhino.

In a world first, scientists from AVANTEA – a world leader in assisted reproductive technologies – have created a viable embryo using an egg harvested from a southern white rhino and a single sperm from a northern white rhino. This groundbreaking success is a tremendous boost for everyone engaged in the uphill struggle to bring an extraordinary animal back from the brink.

Northern white rhinos have suffered a dramatic decline in the past few decades. Today they are almost certainly extinct in the wild, victims of the lucrative and escalating illegal trade in rhino horn. 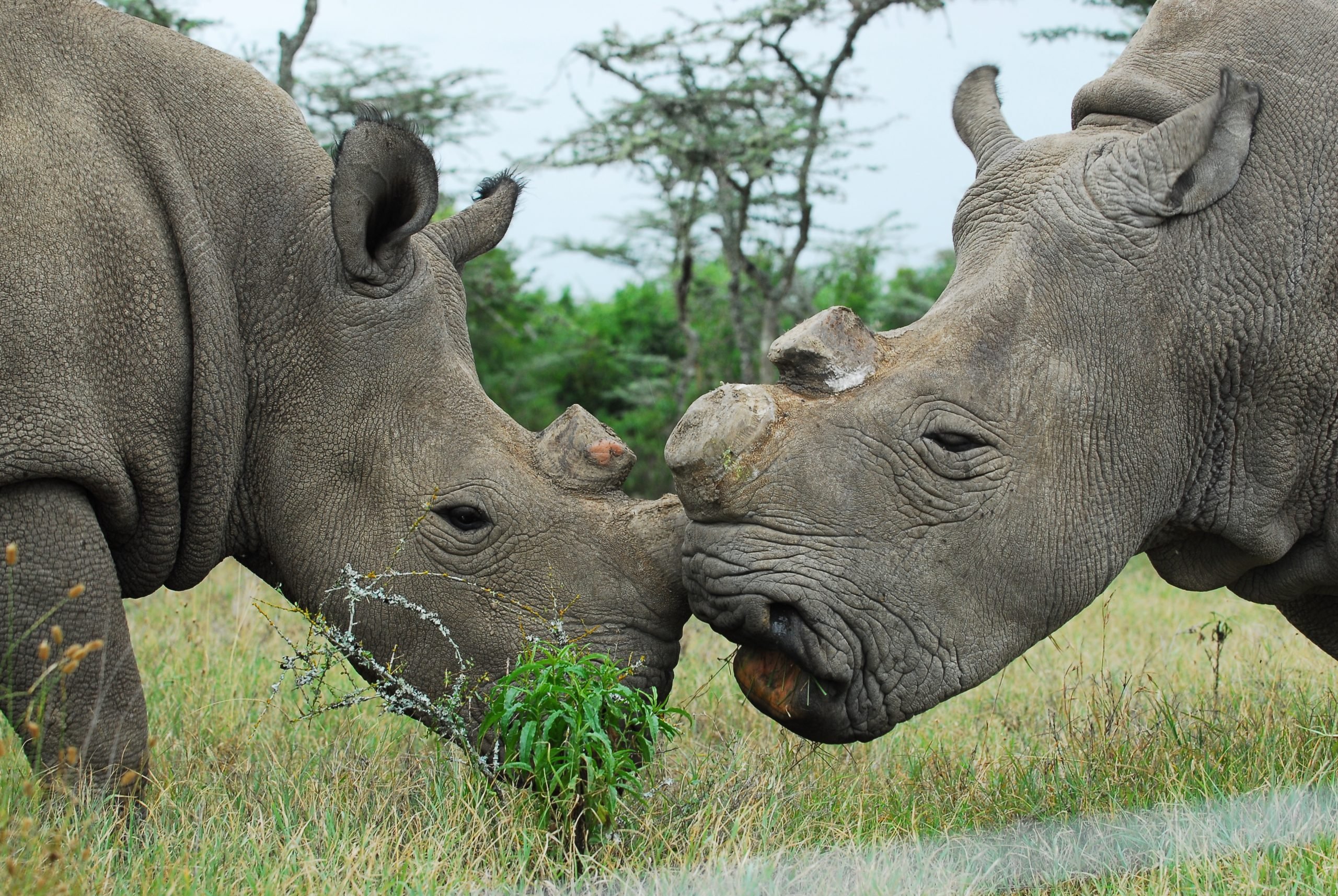 In 2009, with support from Fauna & Flora International (FFI), the last four fertile individuals in captivity (two males and two females) were translocated from Dvůr Králové Zoo in the Czech Republic to Ol Pejeta Conservancy in Kenya, in the hope that a more natural environment would stimulate them to breed. Regrettably, despite a number of matings, no northern white calves were born.

There are now just two known northern white rhinos left in the world. Fatu and Najin, both females, are kept under constant guard at Ol Pejeta to protect them from poachers. The last surviving male, Sudan, succumbed to age-related illness earlier this year. This was a hammer blow for the subspecies, which is now entirely dependent on human intervention if it is to have any chance of survival.

Thanks to the continued dedication of scientists, conservationists and philanthropists across the world, there is still hope. This first ever successful attempt at in vitro fertilisation for a rhinoceros is the result of pan-European collaboration between Dvůr Králové Zoo, the Leibniz Zoo and Wildlife Research Institute (IZW) in Berlin and AVANTEA in Italy.

In one sense, this landmark achievement represents just another small step on what will inevitably be a long road to recovery for the northern white rhino. Scientifically, however, it is a giant leap forward, and it also has huge symbolic significance for rhino conservation at a time when good news is thin on the ground.

We now have the technology and expertise to create a viable, multicellular rhino embryo – known as a blastocyst – that can be stored in a frozen state until it is ready to be implanted into a surrogate mother. FFI Deputy Chief Executive Ros Aveling is cautiously optimistic about such an encouraging development: “This is potentially a huge deal. We are hopeful that this procedure can be replicated using northern white rhino sperm and eggs harvested from the last surviving northern white females that are being so well cared for by our partners at Ol Pejeta.”

There is a long way to go before we can confidently predict that northern white rhinos may one day be resurrected and returned to the wild, but the direction of travel is positive, and we eagerly await further news.