Renosterveld finds a home: one year on

Zoë Poulsen is a Doctoral student in the Department of Biological Sciences at the University of Cape Town undertaking conservation-focussed research into restoration and rangeland ecology of Critically Endangered Overberg Renosterveld. Her MSc in Botany at the UCT Plant Conservation Unit used aerial photos and ground-based repeat photography to examine temporal change in spatial extent of afrotemperate and coastal forest in Table Mountain National Park in response to different ecological drivers. Originally from the green and gently rolling landscapes of England’s West Dorset, five years ago a lifelong interest in plants and their ecology brought her down to the Cape.

Renosterveld is one of the world’s most species diverse Mediterranean-type shrublands, and is found in South Africa’s Cape Floral Kingdom, which is globally renowned for its exceptional plant diversity. This area, comparable in size to Malawi or Portugal, is home to around 9,000 species of vascular plants of which 69% are only found in the region.

This ecosystem is particularly known for its phenomenal diversity of bulbs, which bring a profusion of colour during spring. Renosterveld is Critically Endangered and in the Overberg region has been reduced to just 5% of its former extent. The majority has been transformed for agriculture, being replaced by crops including wheat and canola.

One of the greatest challenges in conserving the renosterveld is that virtually all that remains occurs on privately-owned farmland. The Overberg Lowlands Conservation Trust (OLCT) works with farmers in the area to conserve the last precious remnants in this area.

In 2013, Haarwegskloof Farm – which encompasses the world’s largest remaining piece of renosterveld – was bought by WWF and handed over to the OLCT to manage under the direction of conservationist Dr Odette Curtis. A highly successful crowdfunding initiative allowed the team to convert a derelict farmhouse into a Research and Visitors Centre for Renosterveld, based at what is now Haarwegskloof Renosterveld Reserve. Here, renosterveld found a home. 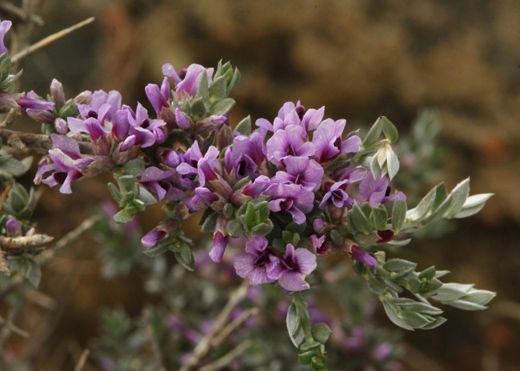 So what happened next?

Over the last year, Haarwegskloof has become the jewel in the crown of the OLCT and an innovative hub for renosterveld conservation, research and education. It is considered to be one of South Africa’s most positive conservation stories. Soon after the launch, local ecologist and renosterveld expert Jannie Groenewald became the manager of the centre and reserve.

His work, alongside that of other colleagues, has since revealed that the reserve is home to around 490 plant species (including many that are rare and threatened) as well as 177 mammal, bird, frog and reptile species and 90 insect families.

Several pairs of black harriers have been found breeding in the reserve. This charismatic raptor is Endangered, with only around 2,000 individuals left in the wild. Haarwegskloof also provides sanctuary to aardvark and aardwolf – some of the last remaining populations of these shy nocturnal mammals in the Overberg’s wheat belt.

In addition, the centre itself has been well used and is humming with activity. Haarwegskloof has become a cosy home-from-home for local and international students and academics researching everything from grazing and management to rodent diversity in collaboration with the OLCT. 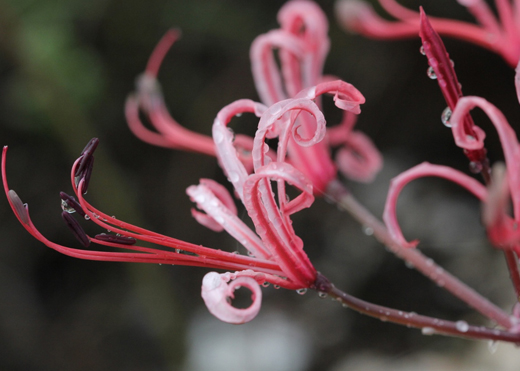 The reserve is home to around 490 plant species. Credit: Dr Odette Curtis/OLCT.

The centre also provides affordable self-catering accommodation for visitors to the reserve and the surrounding area. Day and overnight visitors can book in advance for guided walks in the 500 ha reserve. Group visits are welcome and the spacious research room has hosted some highly informative talks and workshops.

Thanks to additional funding secured through a generous philanthropic donation, the conversion of an old milking shed into a beautiful self-catering guesthouse has now also been completed.

The Kirstenbosch branch team from the Millennium Seed Bank at the Royal Botanic Gardens, Kew, has recently started using the centre as a base for collecting seeds in the area. Their first visit was highly successful, with nine collections made – including the Critically Endangered Polhillia curtisiae, of which only approximately 80-100 individuals remain in the wild.

It is thought that habitat loss due to transformation of virgin renosterveld to agricultural lands was predominantly responsible for the decline of Polhillia curtisiae. This species was only discovered and described in 2013 and is named after the Trust’s Director, Dr Odette Curtis, for her valuable contribution to renosterveld conservation. 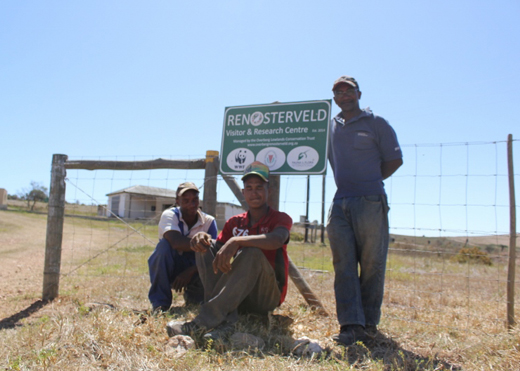 One of the other key roles of the centre at Haarwegskloof is as a means to work with the surrounding farming community through the Reserve Manager. The key aims of this work are to share knowledge with farmers, encourage custodianship, and instil a feeling of pride about their renosterveld.

To this end, an information booklet has recently been produced in association with partners including the South African Botanical Society, the Overberg Crane Group, BirdLife South Africa, South African Breweries and WWF.

The future for the renosterveld at Haarwegskloof looks bright. However, there is still a tremendous amount of work to be done to conserve this exquisitely beautiful, species diverse and Critically Endangered vegetation type across the rest of the Overberg region.

To find out more about how you can support the vital work of the Overberg Lowlands Conservation Trust or how you can visit Haarwegskloof Renosterveld Reserve and Centre please visit www.overbergrenosterveld.org.za.

Fauna & Flora International contributed toward the legal costs of securing the reserve and supported early management activities at the site. We continue to support OLCT to this day.

Zoë Poulsen is a Doctoral student in the Department of Biological Sciences at the University of Cape Town undertaking conservation-focussed research into restoration and rangeland ecology of Critically Endangered Overberg Renosterveld. Her MSc in Botany at the UCT Plant Conservation Unit used aerial photos and ground-based repeat photography to examine temporal change in spatial extent of afrotemperate and coastal forest in Table Mountain National Park in response to different ecological drivers. Originally from the green and gently rolling landscapes of England’s West Dorset, five years ago a lifelong interest in plants and their ecology brought her down to the Cape.