Contrary to popular belief, life is not always black and white. And the same goes for pandas.

The giant panda is one of our most familiar animal icons, inextricably linked with conservation since it was adopted as a wildlife mascot by the newly established World Wildlife Fund in 1961.

Everyone loves a panda – and they have been lavished with the lion’s share of attention for more than half a century. In the meantime, their neglected namesakes have been languishing outside the conservation limelight. 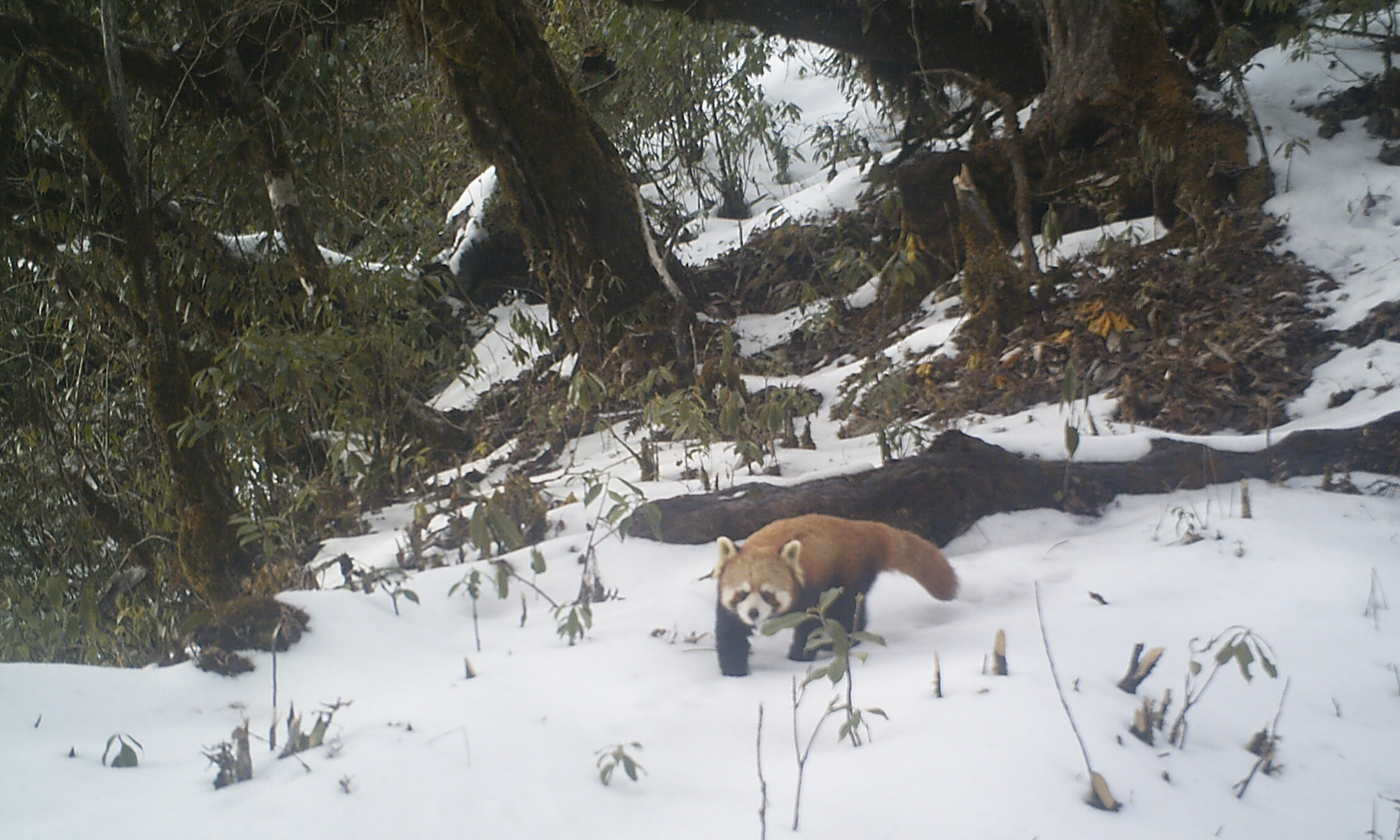 Snapshot of a red panda in midwinter. Credit: FFI

Red pandas may look just as cute and cuddly as their monochrome counterparts, but appearances can be deceptive. They are feisty creatures, equipped with razor-sharp teeth and claws, and not averse to eating birds and small mammals. Although both species live primarily on bamboo, the two are not, in fact, closely related. The full-colour version is also in more urgent need of conservation attention; red pandas are officially categorised as Endangered on the IUCN Red List.

In northern Myanmar’s Imawbum Massif – part of the eastern Himalayas – a decade of conservation work led by Fauna & Flora International (FFI) and our partners has been helping to rectify this imbalance. 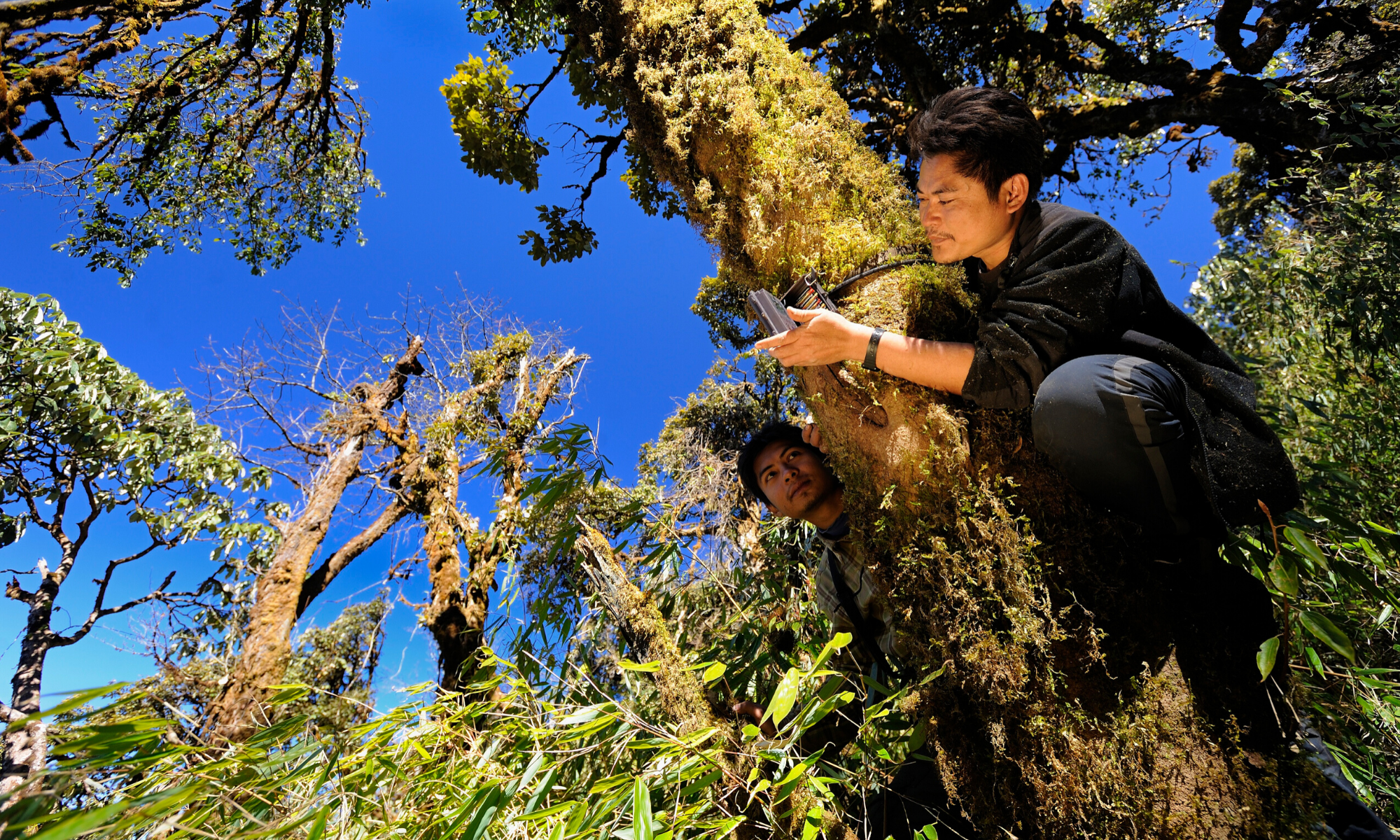 Nature red in fur and paw

Strategically situated camera traps, combined with some opportunistic filming by FFI field staff, are giving us a privileged insight into the private lives of these creatures and other elusive Himalayan wildlife.

Red pandas share their inhospitable montane habitat with a number of intriguing and even less familiar species, many of which are also threatened with extinction. These include the critically endangered Myanmar snub-nosed monkey – unknown to science until its discovery during FFI-led surveys in 2010 – the spectacular but secretive pheasant known as Blyth’s tragopan, and the takin, perhaps best described as a giant goat resembling a wildebeest that has swallowed a grizzly bear. 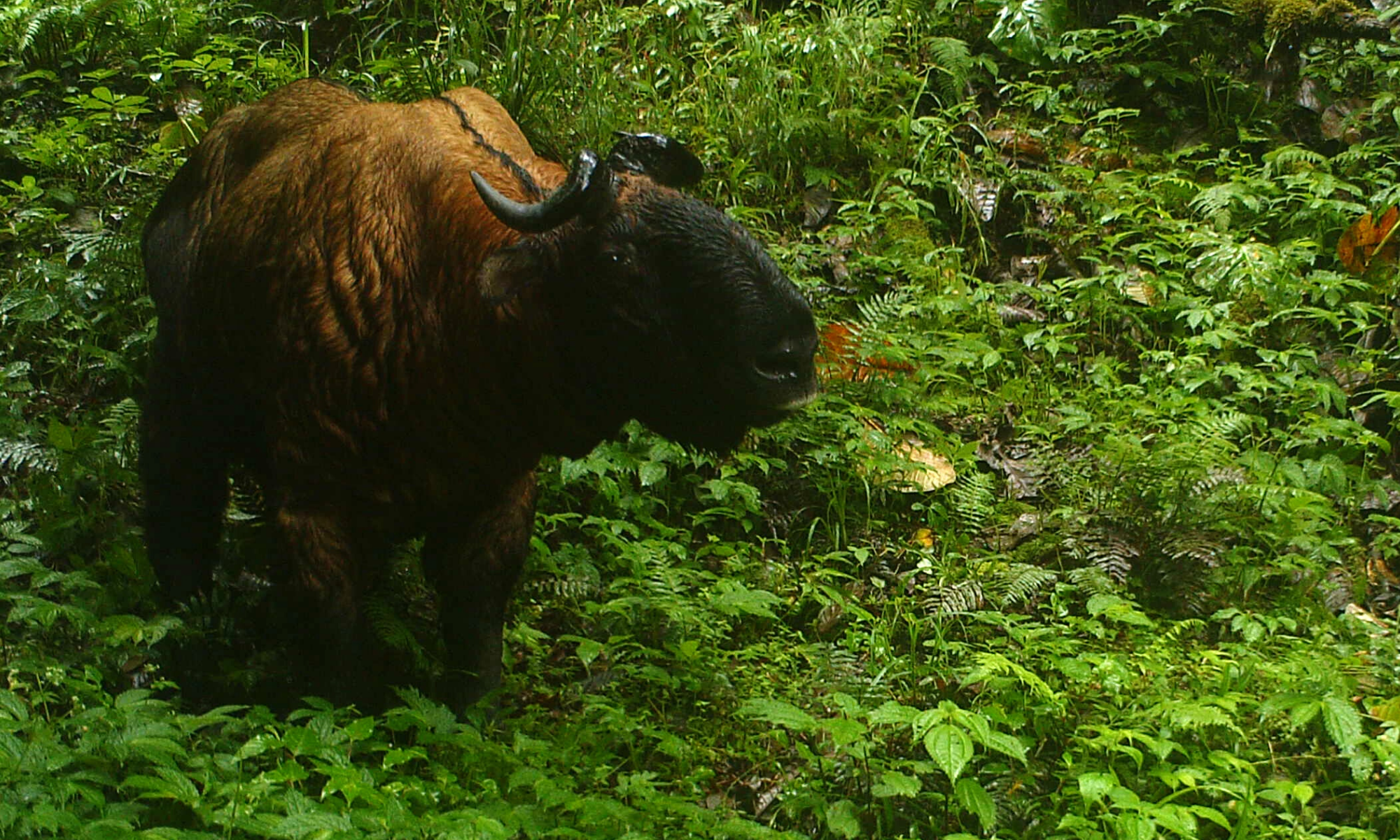 The hope is that this Himalayan hotspot will soon be granted official protection. That would be a red-letter day not only for red pandas, but also for the many other threatened species that these high-altitude forests harbour, and for the communities that call this place home.

In the meantime, we invite you to watch one of these endearing creatures enjoying a leisurely lunch: