A new population of one of the world’s most endangered trees, the Bukharan pear, has been confirmed in a remote corner of Kyrgyzstan. The discovery of an estimated one hundred mature trees in a single location provides a massive boost to the survival prospects of this species, which has virtually disappeared from most of its former strongholds in Central Asia. The last trees standing are confined to tiny, fragmented populations in Kyrgyzstan, Tajikistan and, it is thought, Uzbekistan.

The presence of this previously unrecorded population was first brought to the attention of Fauna & Flora International (FFI) several months earlier by a local villager, but the species is notoriously difficult to identify in the field. The all-important pear review was conducted by Dr Georgy Lazkov, a botanical expert from Kyrgyzstan’s National Academy of Sciences who accompanied FFI staff on a trip to the Bazar-Korgon region and provided official confirmation of the species’ identity. A further 29 new Bukharan pear trees were also recorded at other locations during the expedition, which was funded by the Global Trees Campaign.

The fruit-and-nut forests of Central Asia, including those in Kyrgyzstan, are crucial to the livelihoods of village communities. They also represent a priceless genetic resource; many of today’s widely cultivated varieties of apple and pear are believed to have originated from the wild species found in these forests. As domesticated strains worldwide become increasingly susceptible to disease, the vital importance of wild populations as a genetic reservoir to provide greater food security cannot be overstated. 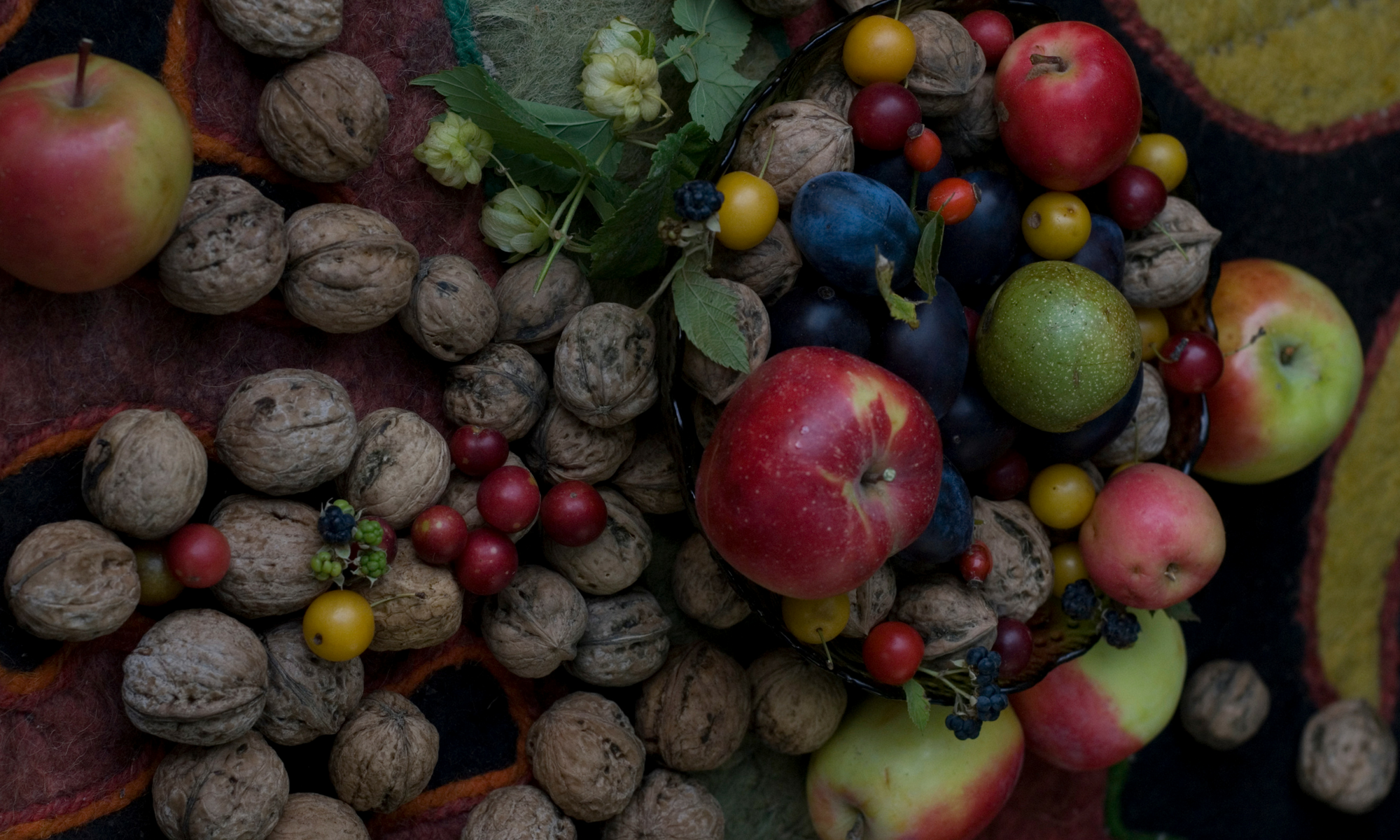 Selection of wild fruits and nuts harvested from the Kyrgyzstan forest. Credit: Jason B. Smith

Unfortunately, many of these tree species are threatened with extinction. They are under severe pressure from activities such as overgrazing by domestic livestock, firewood collection and unsustainable harvesting of their fruit and saplings. According to Bolot Tagaev, who hails from Kyrgyzstan’s fruit-and-nut forests and has worked for FFI since 2013, these are by no means the only threats: “For example, local people illegally graft domestic pears onto wild Bukharan pears, as most of them do not know that this species is critically endangered. Moreover, Bukharan pears hybridise with other wild pears and cultivars, so the ‘pure’ form of the pear survives only in remote areas.”

FFI is taking steps to safeguard the future of Kyrgyzstan’s fruit and nut trees, including species such as Niedzwetzky’s apple and the Bukharan pear. We are working closely with forestry staff and forest-dependent communities to ensure that these vital natural resources are managed sustainably. Core activities include establishing tree nurseries, planting out young saplings to replenish the dwindling wild populations, and fencing off areas of forest to protect the remaining wild trees from grazing livestock so that they can regenerate naturally. 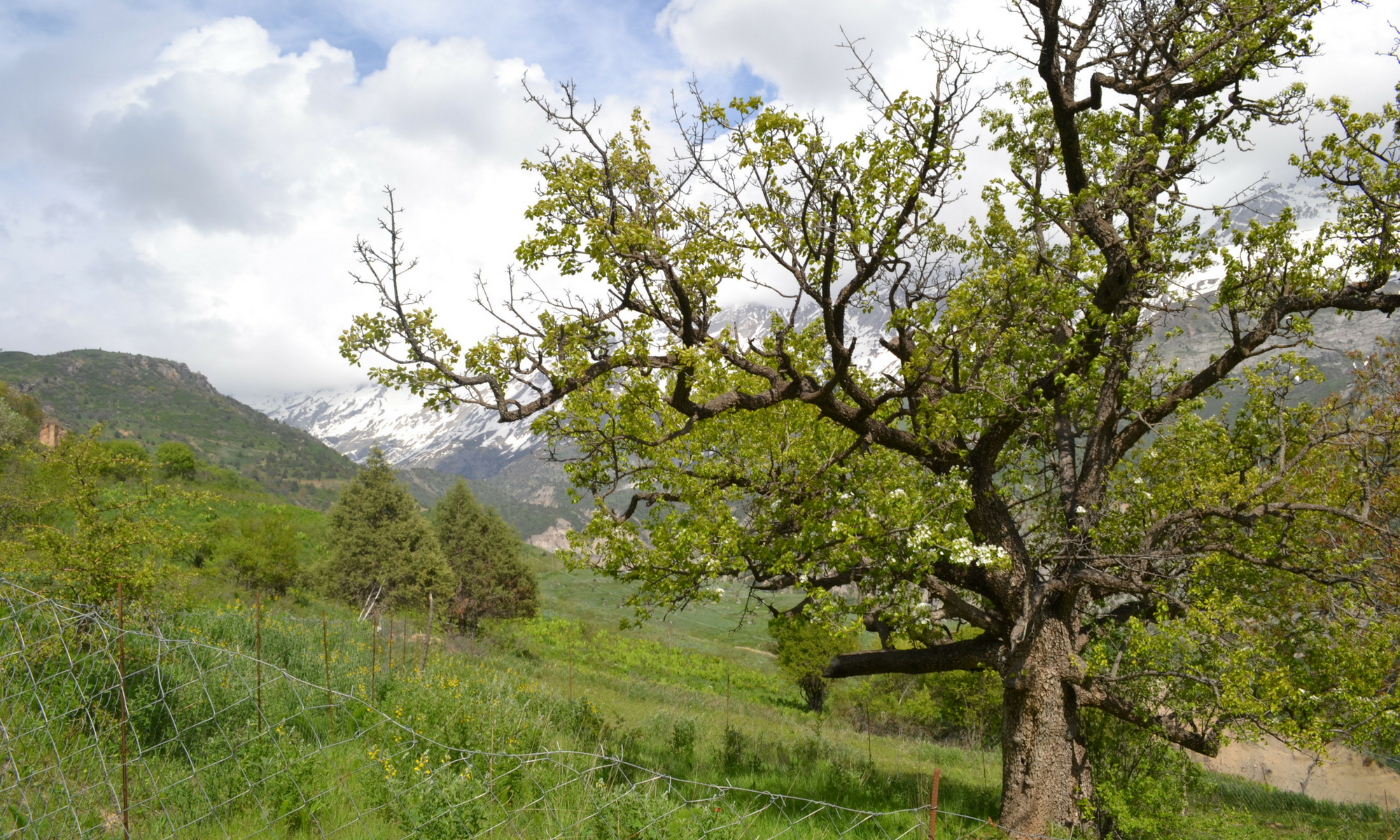 Given the relative inaccessibility of some of the forests that harbour the Bukharan pear and other threatened fruit and nut trees, it is hoped that other wild populations may come to light in Kyrgyzstan. In the meantime, the protection measures taken by FFI and its in-country partners are helping to ensure that a fruit tree with an illustrious past still has a future.

The Global Trees Campaign is a joint initiative between FFI and Botanic Gardens Conservation International working to secure the future of the world’s threatened tree species in situ, for the benefit of people and wildlife.