Protecting one of the most threatened habitats on Earth

My name is Odette Curtis and I am a passionate ecologist and conservationist. I would like to introduce you to renosterveld: an exceptionally rich, but poorly known habitat on the southern end of the African continent.

Renosterveld is most renowned for its bulb diversity (the highest in the world) and is famous for its extraordinary displays of spring flowers which result in a grassy-shrubland habitat transforming into a wonderland filled with botanical gems.

However, this precious ecosystem is severely threatened, as more than 95% of it has been ploughed up for agriculture over the last 200 years, rendering it Critically Endangered and thus facing a very real risk of extinction in the not-too-distant future. 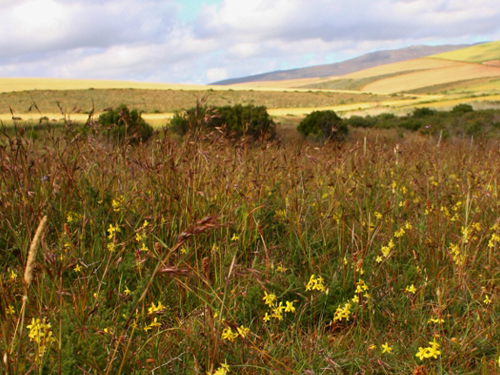 The beauty of the region is unrivalled. Credit: Overberg Lowlands Conservation Trust

Renosterveld forms part of the smallest and richest plant kingdom on Earth: the Cape Floristic Kingdom.

Despite being recognised as a globally significant source of biodiversity, renosterveld has been severely neglected for conservation, probably because of the major challenges associated with trying to undertake conservation initiatives on a severely fragmented habitat which occurs only on privately-owned land. 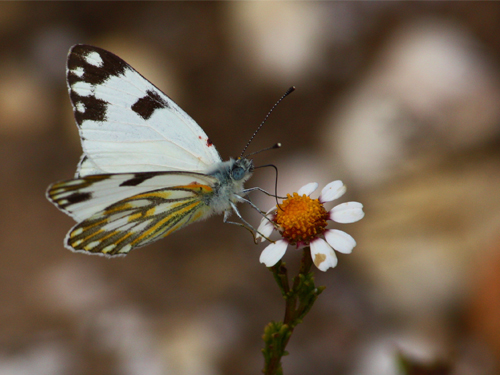 The lowland systems of the Western Cape Province’s Cape Floristic Kingdom (comprising the Fynbos and Karoo Biomes) of South Africa were once populated with several species of both widespread and endemic large mammals, but these animals were either locally exterminated (e.g. black rhino, eland, red hartebeest), brought dangerously close to extinction (e.g. the endemic bontebok) or wiped off the face of the earth forever (e.g. the endemic quagga and blue buck) soon after European settlement.

Following these mass exterminations, and with the advent of technological advances in agriculture, vast tracts of lowland vegetation were put under the plough for agricultural expansion in the form of croplands. 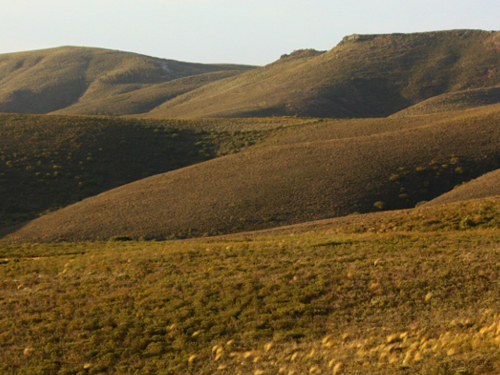 This process was accelerated over the last 50-100 years, rendering many lowland vegetation types and their dependent fauna severely fragmented and critically threatened.

Because of its relatively fertile nature, Renosterveld became the most severely transformed (with less than 6% remaining today), while coastal-lowland fynbos types were afforded more ‘protection’ merely because their sandy soils made them unsuitable for agriculture. 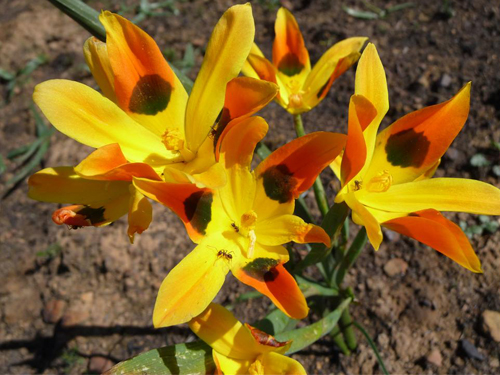 What we are doing to save renosterveld from extinction

I started the Overberg Lowlands Conservation Trust two years ago, because I realised that if we don’t act now, we may lose this ecosystem forever.

I have spent the last 10 years conducting research (culminating in my PhD on renosterveld management) and working through different channels to get farmers to think differently about their renosterveld and to encourage them to manage it in a way that not only benefits farming, but conservation too.

Instilling a feeling of pride amongst farmers, while forming partnerships with these important custodians of our natural heritage, is a critical part of saving these ecosystems. 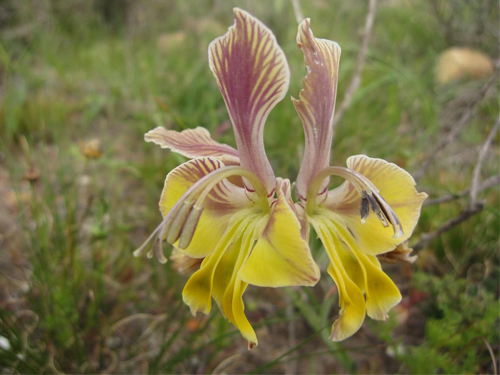 We recently became the proud manager of the first piece of true lowland renosterveld in the Overberg to have been purchased for conservation through a collaborative project between ourselves and WWF-SA.

This special piece of 500 hectares of renosterveld forms part of the largest, most contiguous piece of lowland renosterveld left in the world.

We want to use this opportunity to establish the first ever Visitor & Research Centre. The infrastructure already exists, but it is derelict and in need of a serious make-over, as well as a few essential commodities to make it habitable!

We are therefore running a crowdfunding campaign to raise money to get the building restored into a functioning house, where visiting scientists, students, donors and special guests can spend time in the largest area of renosterveld left on the planet.

With this centre, renosterveld will finally have a home. From this space, we will teach farmers, school kids, farm workers, students and local and international visitors about the wonders of this incredibly diverse and neglected ecosystem.

We will also make it available as a base for local and international post-graduate students and scientists who would like to do research in the area. This reserve is the home of one of our newly-discovered species, Polhillia curtisiae, which as far as we know, only grows and this locality and nowhere else in the world!

It holds an abundance of rare and threatened plants, is a refuge and feeding area for several threatened birds as well as several endemic small mammals, reptiles and insects (probably undiscovered species of these too!). There is still so much to learn and discover in this dwindling system – please help us to make this happen!

Please visit the Overberg Lowlands Conservation Trust website, like us on Facebook and take a look at our Indiegogo page to learn more about how you can help us to make a difference.