Natural disasters are becoming more frequent and extreme. I witnessed this myself when I travelled to Nicaragua, on behalf of Fauna & Flora International (FFI), last year. A few weeks before my trip a huge tropical storm (Hurricane Nate) ripped through the country, endangering people’s lives and livelihoods. Driving through the country, I saw the impact of the heavy rains, landslides and floods – uprooted trees, ruined roads, flood-marked houses and beaches littered with fragments of boats.

So how does FFI fit into all of this, and can our conservation work help protect people against extreme storms? Well, in Ometepe we are doing just that.

Ometepe, one of the largest freshwater islands in the world, is made up of two volcanoes in the middle of Lake Nicaragua. The island is home to an alluring array of species such as yellow-naped parrots, as well as around 30,000 people. The volcanic ash has made the island’s soil extremely fertile so most people rely on agriculture for a living. In recent years, residents have noticed greater seasonal variation in rainfall, more frequent flooding due to the rising level of the lake, and higher temperatures. With agricultural productivity already being affected, the impacts of climate change are expected to intensify pressure on the island’s biodiversity as farmers seek out more land. Therefore, what can we do to conserve the biodiversity and the vital ecosystem services it supports, while also protecting people’s livelihoods? 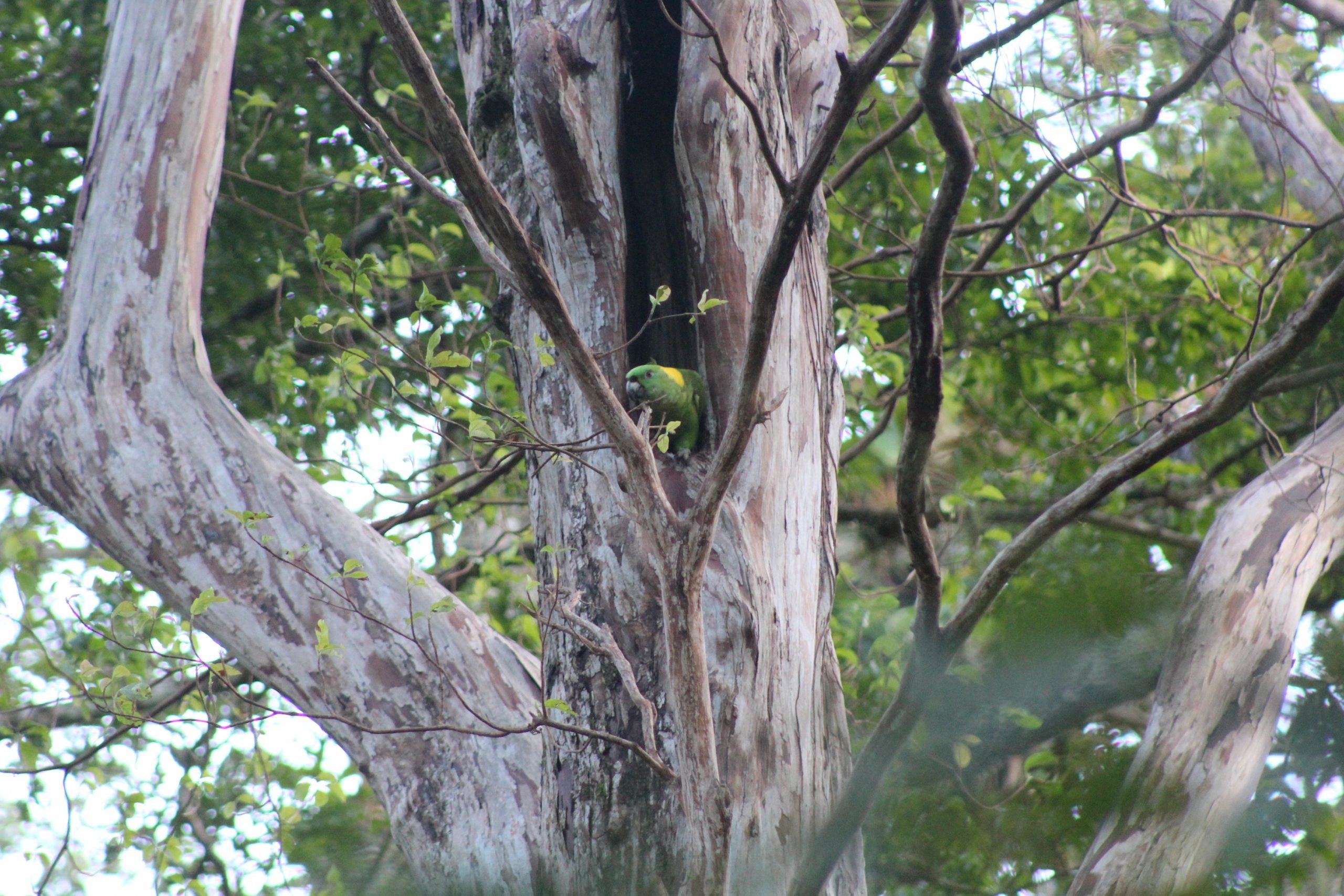 Ometepe is home to one of the largest remaining populations of the yellow-naped parrot.

Nature-based solutions, such as forest conservation, can help communities prepare for and recover from natural disasters, for example by preventing landslides. Through our partnership with local NGOs and government institutions, we are working with small-scale farmers and cooperatives to identify strategies for adapting to a changing climate. This has included diversifying crops and introducing techniques such as use of natural barriers to protect crops from increased rainfall and landslides.

The farmers who have adopted these methods have benefited from a more stable income and reduced storm damage to their crops. This has turned them into powerful advocates encouraging other farmers to follow their lead. During my trip, I visited many farms and witnessed first-hand the vast difference in damage, caused by the recent tropical storm, to farms that had embraced these new techniques and those that had not. 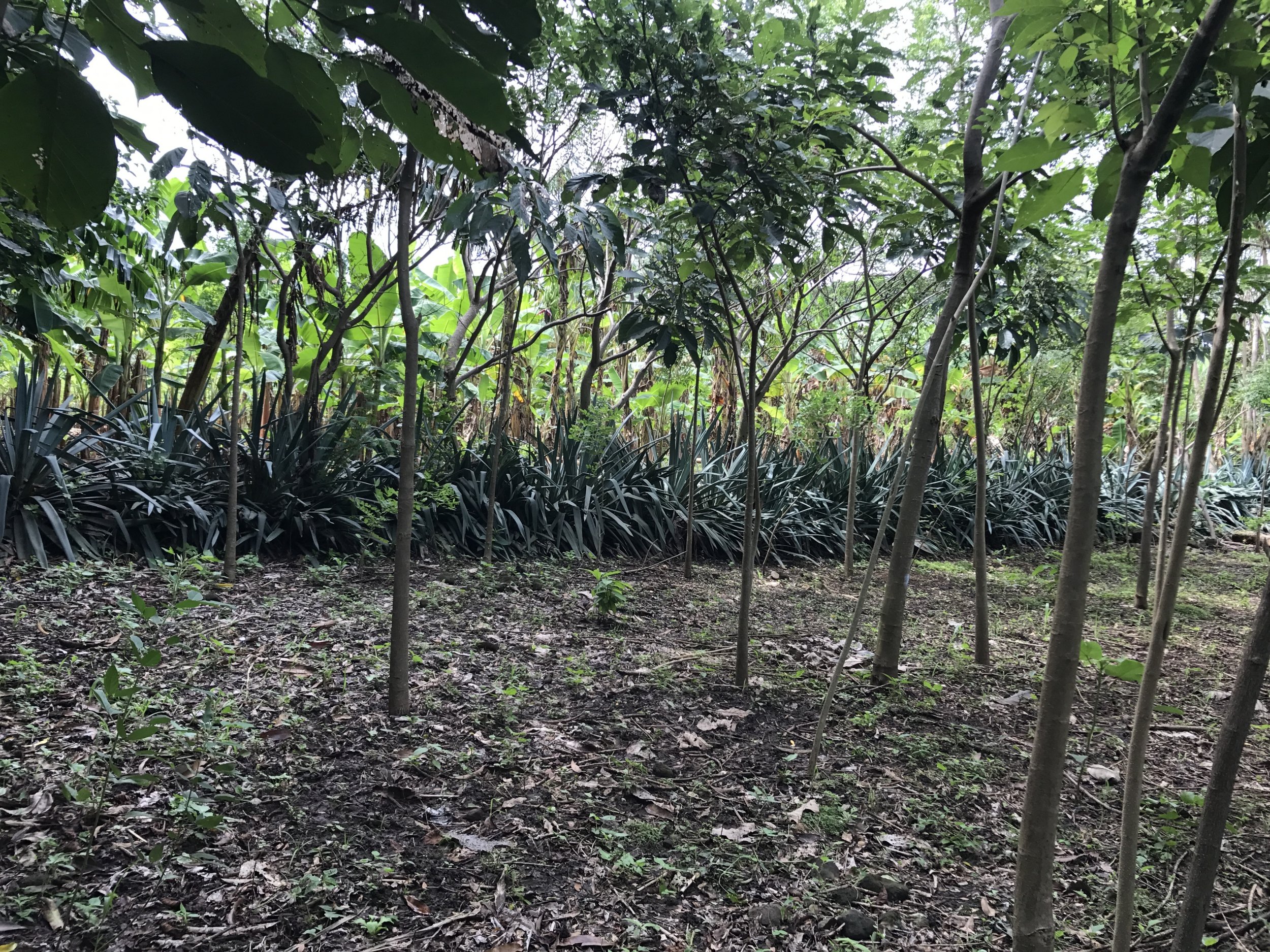 Using a barrier of trees (such as citrus trees, which can withstand high winds) with a low barrier of a native species (such as penca) can protect crops from extreme weather events. Credit: Olivia Bailey/FFI

What I observed is backed up by a survey, led by FFI, which formally assessed the damage caused by Tropical Storm Nate. Interviews with 21 farms found that unprepared farms had lost between 40 – 90% of their crops as a result of heavy rains, strong winds, loss of forest trees and subsequent fungal infections. The assessment also confirmed that farms who had diversified their crops had increased their productivity by up to 35% compared to farms that had not. The surveys also observed that the social condition of families improved, as a result of increased profitability.

Narcisa Morales, a producer who works with FFI, now manages her farm with climate-smart practices. She says that by diversifying crops and implementing new practices, she maintains production and therefore income throughout the year, and is able to sell to local restaurants and hotels. 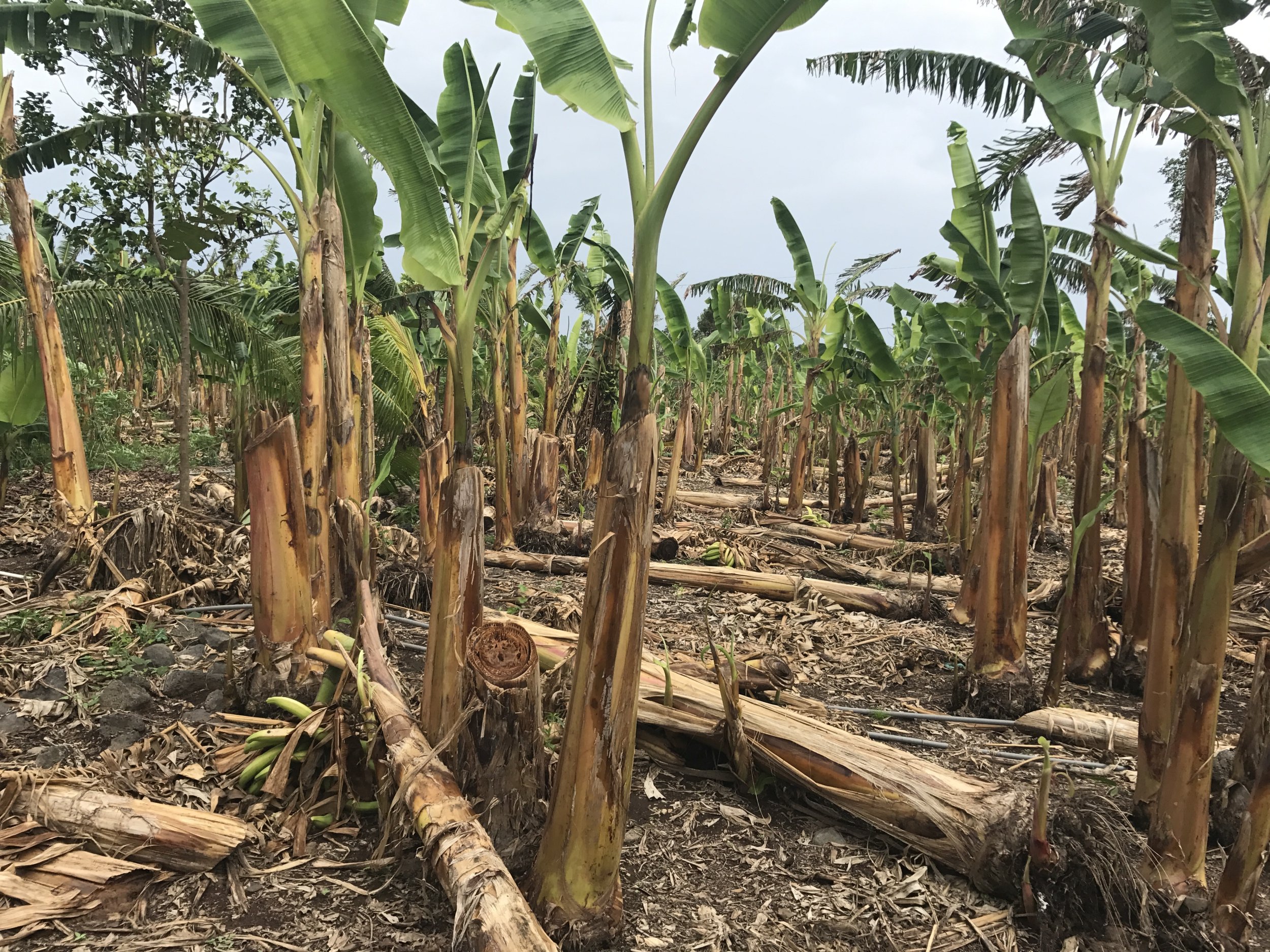 Plantain monoculture is a traditional farming practice, but due to the plant’s size and uniformity, strong winds can destroy whole plantations. Credit: Olivia Bailey/FFI

I asked Angelica Valdivia, FFI’s Programme Manager in Ometepe, what she thought the future holds: “The demand from local consumers and tourists for products using fewer chemicals is increasing, so for us to stay competitive we must persuade all the different actors to commit to this model so that climate-smart practices can be replicated on a larger scale, locally, nationally and internationally. We have the potential to demonstrate a model of sustainable conservation.”

I left Nicaragua, the land of lakes and volcanoes, feeling inspired and connected to the incredible work my colleagues and project partners are leading on. Nicaragua is one of the largest countries in the Americas, and yet despite this has an unusually low population for its size, so much of its natural beauty remains untouched. I hope to return one day and experience once again its dazzling landscapes, welcoming people and remarkable wildlife.