We have great pleasure in announcing that HRH The Duke of Cambridge has become Patron of Fauna & Flora International (FFI), a position that his grandmother, Her Majesty The Queen, has held with distinction for almost seven decades.

Chief Executive Mark Rose paid tribute to Her Majesty The Queen’s long-term contribution to the organisation: “FFI has derived tremendous benefit from Her Majesty’s patronage. We are extremely grateful for the sterling support and encouragement that she has provided throughout the past seven decades.”

Prince William has already demonstrated his commitment to helping address the global environmental crisis through his work with the Royal Foundation of The Duke and Duchess of Cambridge, and as President of United for Wildlife, an alliance that includes FFI among its partners. FFI was recently announced as a Global Alliance Partner of The Earthshot Prize, a new global prize for the environment, which was launched by The Duke to incentivise change and help to repair our planet over the next ten years.

The appointment of The Duke of Cambridge as Patron of FFI comes at a critical time for our planet with the world facing the combined and interconnected global threats posed by Covid-19, climate collapse and biodiversity meltdown. At this crucial juncture, we are confident that Prince William can play a pivotal role in enabling FFI to focus global attention on the urgent need for action to safeguard the natural world.

FFI’s royal connections run deep, and Prince William is the latest in a long line of Patrons from the Royal Family that stretches back beyond the reign of his great-grandfather, King George VI.

One of the organisation’s key founder members, Herbrand Russell, 11th Duke of Bedford – who almost single-handedly saved Père David’s deer from extinction by taking the last few surviving individuals into protective custody within the walls of his Woburn Abbey estate, from where he engineered the species’ recovery – served as aide-de-camp to both King Edward VII and King George V.

In 1928, HRH The Prince of Wales – the future Edward VIII – became the first Royal Patron of the society known today as FFI, and was succeeded by King George VI in 1937. 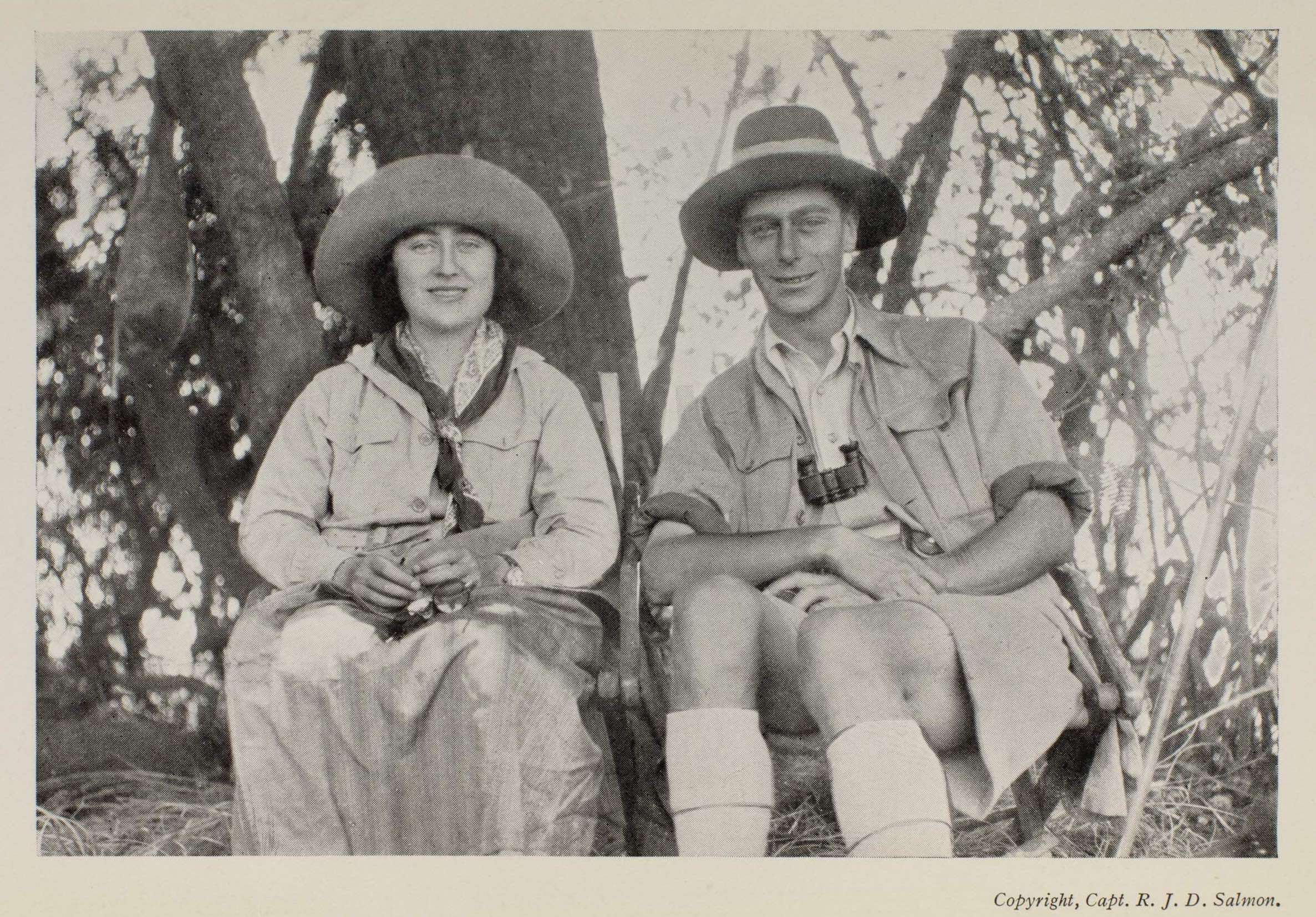 This photograph of the future King George VI and Queen Elizabeth on safari in Uganda in 1926 featured as the frontispiece of FFI’s Journal shortly after His Majesty became our royal patron in 1937. Credit: R.J.D. Salmon

In 1946, the then Princess Elizabeth attended the society’s annual general meeting with her sister Princess Margaret, in order to watch a film about Kruger National Park, which they were scheduled to visit the following year. This iconic protected area in South Africa was granted national park status in 1926, thanks largely to the vision and single-minded determination of its chief game warden, Major Stevenson-Hamilton, another founder member and twice honorary secretary of FFI in our earliest guise.

When The Queen succeeded King George VI in 1952, she inherited her father’s mantle as Patron of the Fauna Preservation Society (the next incarnation of what is now FFI), a position that Her Majesty has held throughout her long and distinguished reign. 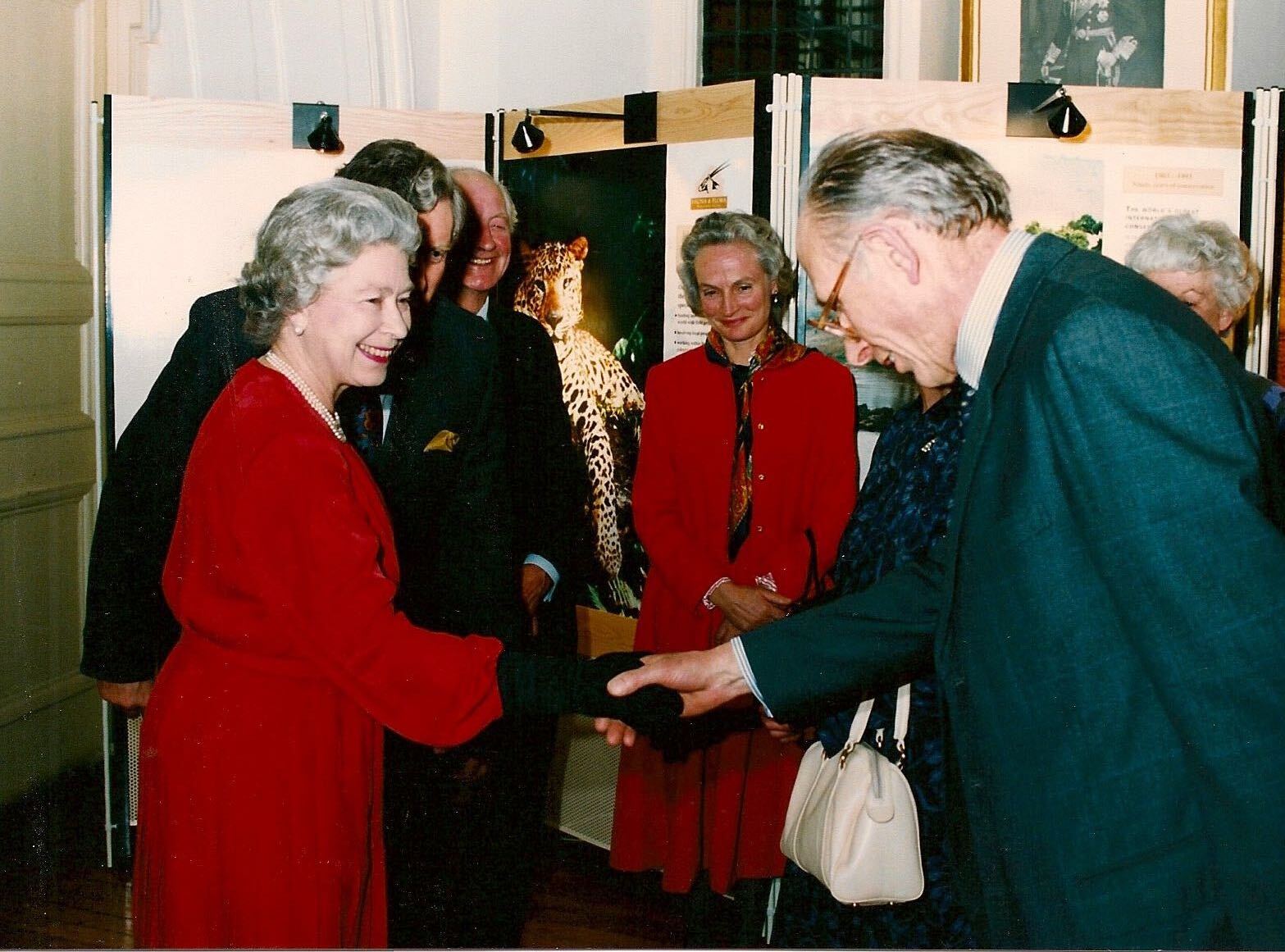 The Queen was guest of honour at FFI’s 90th birthday celebrations back in December 1993 – held, appositely, at London’s Royal Geographical Society. Accompanied by The Duke of Edinburgh, Her Majesty met a panoply of members, supporters, sponsors and staff, including Mark Rose, who had recently assumed the reins at FFI and still vividly recalls the occasion: “It’s hard to believe that almost three decades have passed since that historic event. In the intervening years, not to mention the many years that preceded my appointment, The Queen has provided stalwart support to FFI. We look forward to building on Her Majesty’s legacy and taking this relationship to a new level with her successor. Prince William is a wonderful ambassador for conservation and there is a great deal of synergy between his own and FFI’s vision for the future of the planet.”