Could plastic pollution prove to be the last straw for coral reefs?

As if the world’s coral reefs were not already under enough pressure from climate change, pollution, overfishing and other unsustainable forms of exploitation, there is now concrete evidence that plastic waste is adding significantly to what is rapidly becoming an intolerable burden.

According to a newly published paper in the journal Science, the evidence points to the fact that the proliferation of ocean plastic is helping to choke the life out of the world’s coral reefs.

A comprehensive survey of 159 coral reefs in the Asia-Pacific region, including a series of dives in Myanmar’s Myeik Archipelago involving a Fauna & Flora International (FFI) research team made up entirely of Myanmar nationals, has uncovered yet more uncomfortable truths about the detrimental effects of plastic waste in our oceans.

The number of plastic items estimated to be entangled in the region’s coral reefs is a jaw-dropping 11.1 billion, and this figure is projected to exceed 15 billion by 2025. More alarmingly still, according to the authors, the likelihood of disease increases a staggering 20-fold when corals are in contact with plastic.

The survey team assessed the influence of plastic waste on disease risk in almost 125,000 reef-building corals, and found that these were adversely affected in a variety of ways, including light deprivation, physical damage to coral tissues and the introduction of harmful pathogens. The more structurally complex corals were eight times more susceptible to disease. 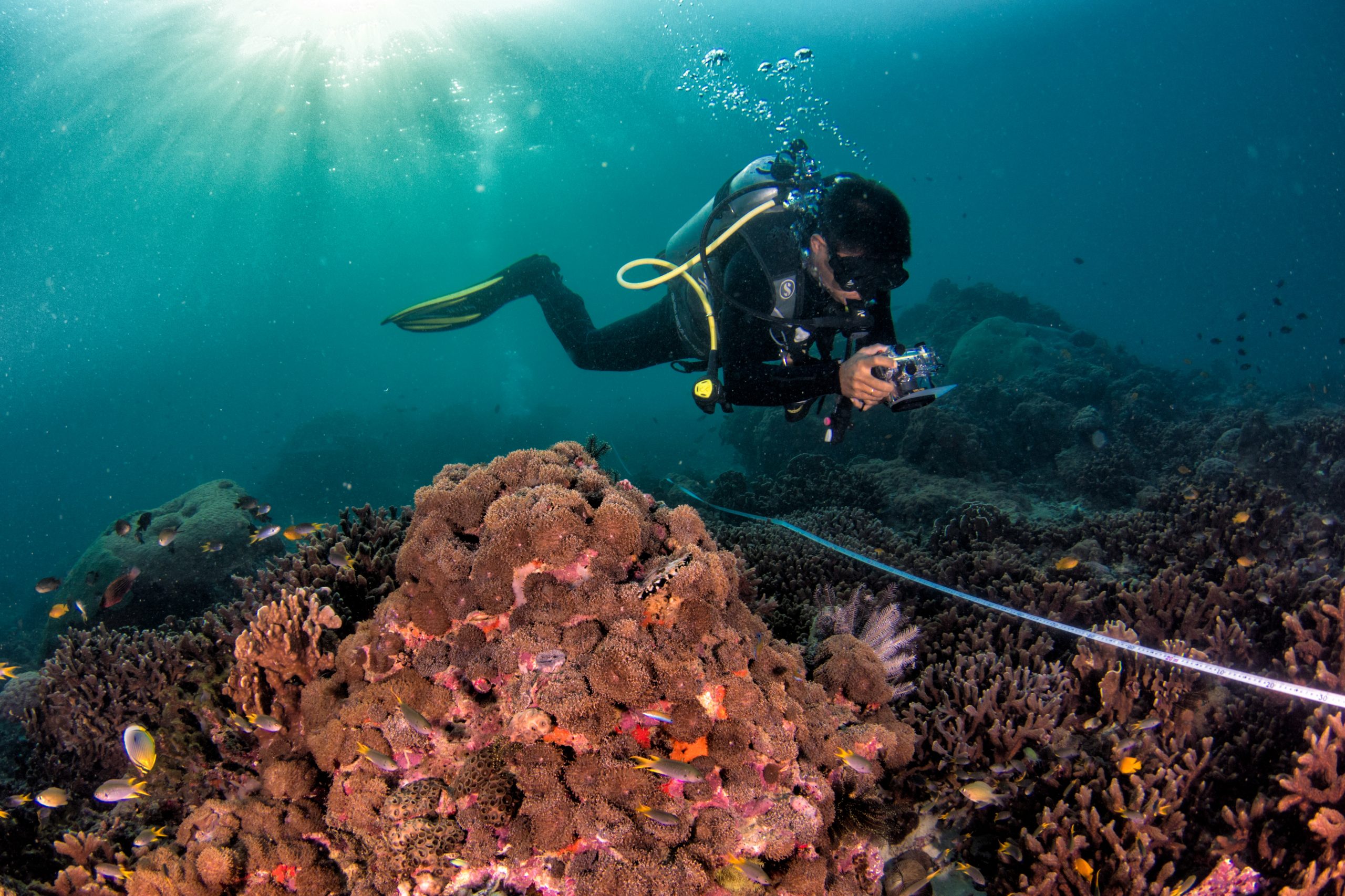 Coral reefs are among the most productive, biologically diverse and beautiful ecosystems on the planet, with billions of people worldwide depending on the goods and services they provide in the form of fisheries, tourism revenue and coastal protection.

Given the results of the study, there is little doubt that ensuring plastic no longer reaches our oceans is a crucial factor in reducing threats to coral ecosystem health and, ultimately, to human livelihoods.

Nicola Frost, head of marine conservation at FFI, is in no doubt that action is urgently required: “In this, the third International Year of the Reef, the unwelcome news that the widespread plastic pollution already present in our oceans represents such a deadly threat to corals already fighting for survival is cause for grave concern.”

This is a sentiment echoed by Robert Howard, FFI’s marine programme adviser in Myanmar and a co-author of the paper: “The survey results highlight the urgent need to protect these reefs from the damaging effects of plastic pollution.”

FFI has been tackling the scourge of marine plastics pollution for over eight years. We have already achieved significant success in the UK in stemming the flow of microplastics into our oceans (including the recent microbead ban). We are now increasing our support to partners around the globe, working with them to address not only the ubiquitous plastic pollution problem but also the wider spectrum of threats to the world’s coral reefs.