These are turbulent times for turtles.

First, the good news: Fundação Príncipe – with whom Fauna & Flora International (FFI) has been working since 2015 – is making tremendous strides in helping to protect a trio of threatened turtle species, all of which are suffering an alarming population decline across the globe.

The oceanic island of Príncipe lies in the Gulf of Guinea off the west coast of Africa and is the smaller of the two main islands that make up the nation of São Tomé and Príncipe. In 2012, the entire island was designated as a UNESCO Biosphere Reserve, in recognition of its varied topography, unspoilt habitats and unique assemblage of species, many of which are found nowhere else on the planet. 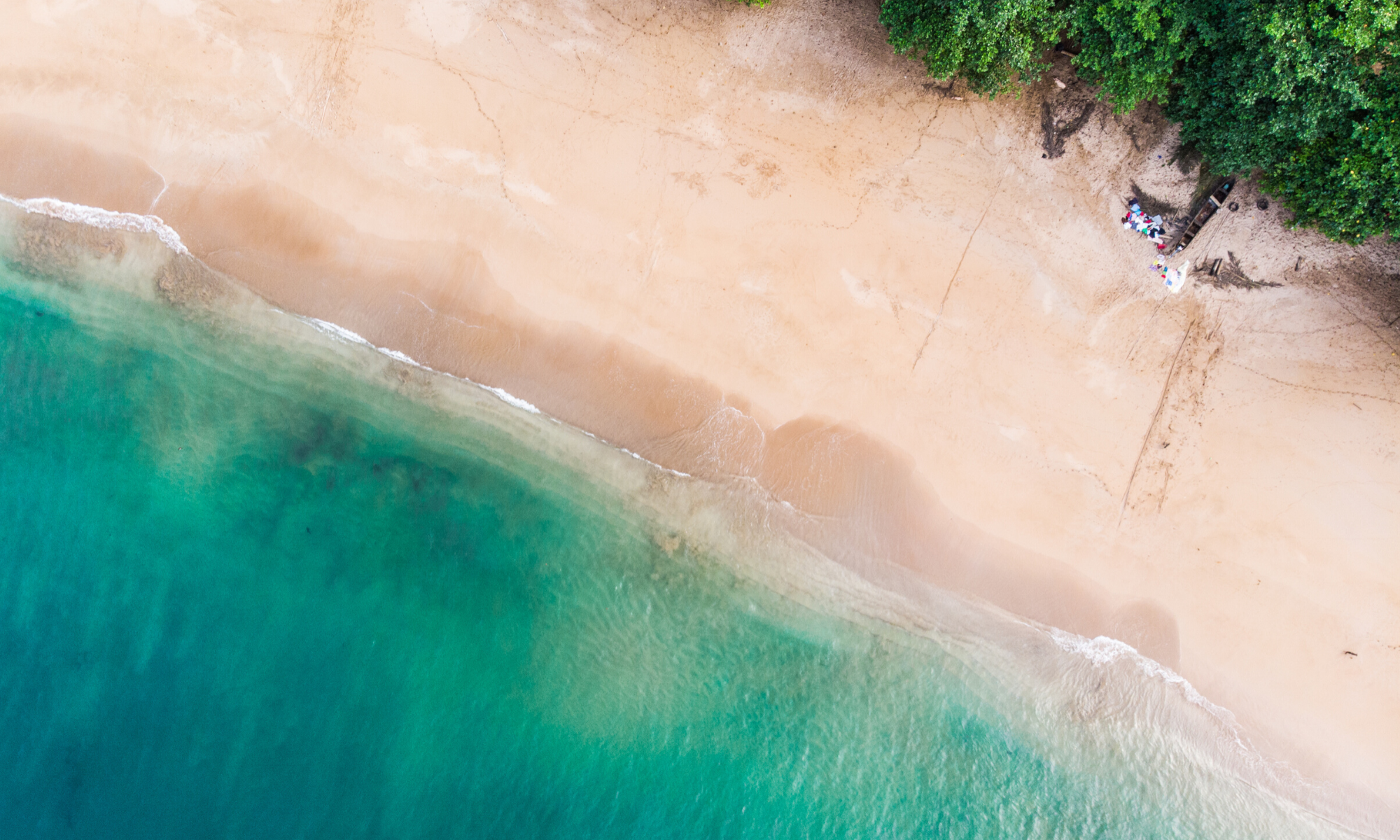 The waters surrounding Príncipe harbour five of the world’s seven species of sea turtle and this remote island’s relatively pristine beaches provide crucial nesting sites for three of those species: the green turtle, the leatherback and the critically endangered hawksbill.

Thanks to the collective efforts of regional and national government, island communities and numerous local and international partners including FFI, Fundação Príncipe’s vision of a safe haven for sea turtles that sets the gold standard for their conservation is beginning to take shape.

Once more onto the beach

Over 550 nests were protected during the 2018-19 breeding season. The vast majority (412) were green turtle nests, but there were notable increases in the number of hawksbill (94) and leatherback clutches (44). A solitary olive ridley – the first nesting female recorded since 2012 – also laid over 100 eggs, all of which hatched successfully.

In total, almost 30,000 hatchlings were released safely into the sea. That encouraging result is due in no small part to the nocturnal and daytime patrols conducted by teams of highly trained monitors drawn from local communities. Many of these people used to be turtle hunters, but are now dedicated to their protection. The intensive monitoring, which last year encompassed three dozen beaches, plays a vital role in deterring illegal egg collectors.

Adult turtles are also benefiting from an island-wide charm offensive on behalf of these beleaguered marine reptiles. Campanha Captura Zero, the ‘zero capture’ campaign originally launched in 2016, has succeeded in raising awareness of the plight of sea turtles and the importance of protecting them, particularly among the younger generation.

Engaging island communities in marine conservation and promotion of sustainable fisheries has been pivotal to Fundação Príncipe’s success. Fishing communities are invited to participate in an island-wide competition that enables them to benefit directly from turtle protection and environmentally responsible behaviour. 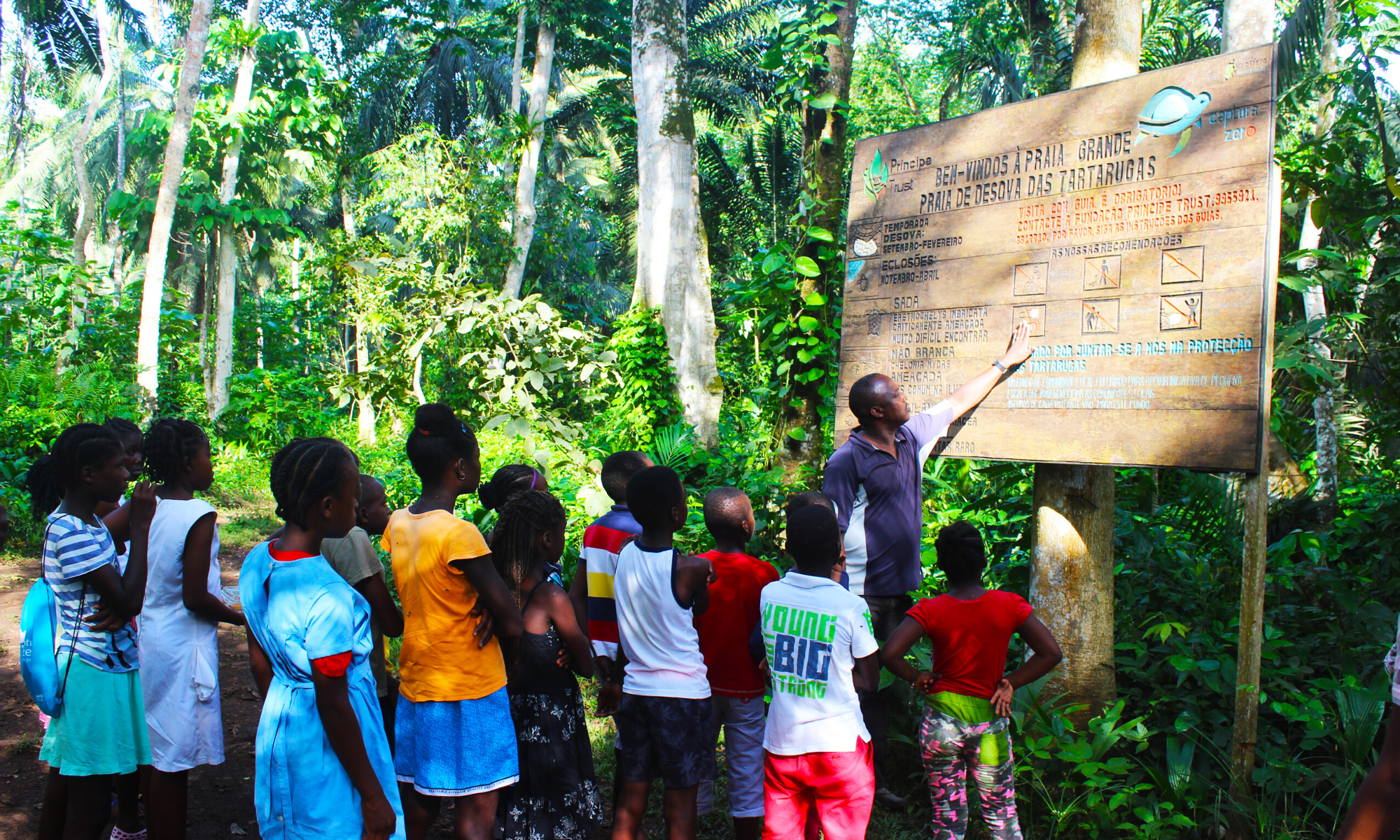 Awareness activities with the next generation. Credit: Fundação Príncipe

All tourist revenue received from visitors to the nesting beaches and the turtle museum is allocated to a fund, with the ‘winning’ communities deciding how the proceeds should be spent. This sends the unequivocal message that the turtles are worth more alive than dead.

Poaching of green turtles, for example, has been reduced to extremely low levels in the wake of this wide-ranging behaviour-change programme. National legislation prohibiting the hunting and marketing of their meat and shells is also helping to protect adult turtles.

Meanwhile, Fundação Príncipe is partnering with researchers to collect – and analyse – as much species data as possible, in order to increase our knowledge of turtle feeding and reproductive behaviour. Studies on sea turtles in this part of the world are relatively scarce, and this information will be crucial to improving safeguards for turtles both onshore and at sea, here and elsewhere. 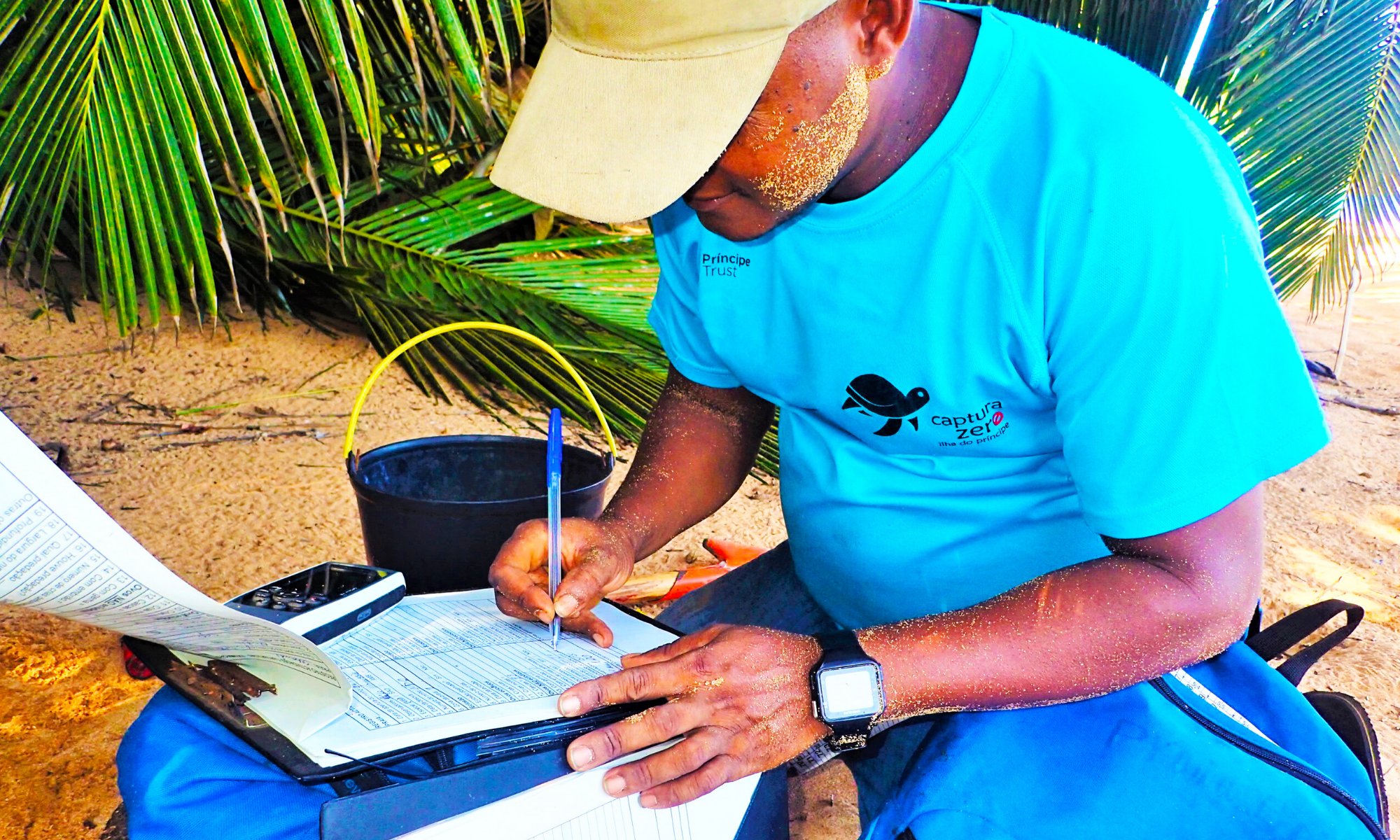 What we do already know is that Príncipe’s turtles face a barrage of additional threats beyond illegal hunting and egg collection. These include: accidental entanglement in operational and abandoned fishing gear; coastal erosion stemming from illegal sand mining; predation by dogs, civets and other non-native animals introduced to the island by humans; and last, but by no means least, pollution.

Arguably, the most insidious threat is the plastic permeating Príncipe’s waters and piling up on its beaches. In tandem with the regional government, Fundação Príncipe and its partners are encouraging good waste management in order to address this growing problem. For example, livelihood alternatives aimed at reusing plastic and other materials recovered from the sea, the beaches or elsewhere on the island are helping to reduce pressure on natural resources.

Unfortunately, these efforts – and all the other admirable conservation activities being undertaken on behalf of turtles – are in danger of being undermined by wider problems originating well beyond Príncipe’s own shores and, therefore, largely outside the island’s control.

The plastic washed up on Príncipe’s otherwise pristine beaches is carried there on the prevailing currents from the African mainland, more than 150 miles away. And it’s the unwanted gift that keeps on giving. No matter how often they clear the beaches, Príncipe’s communities invariably wake up to a new wave of littoral litter: Groundhog Day, but without the happy ending – and with real consequences, particularly for turtles. 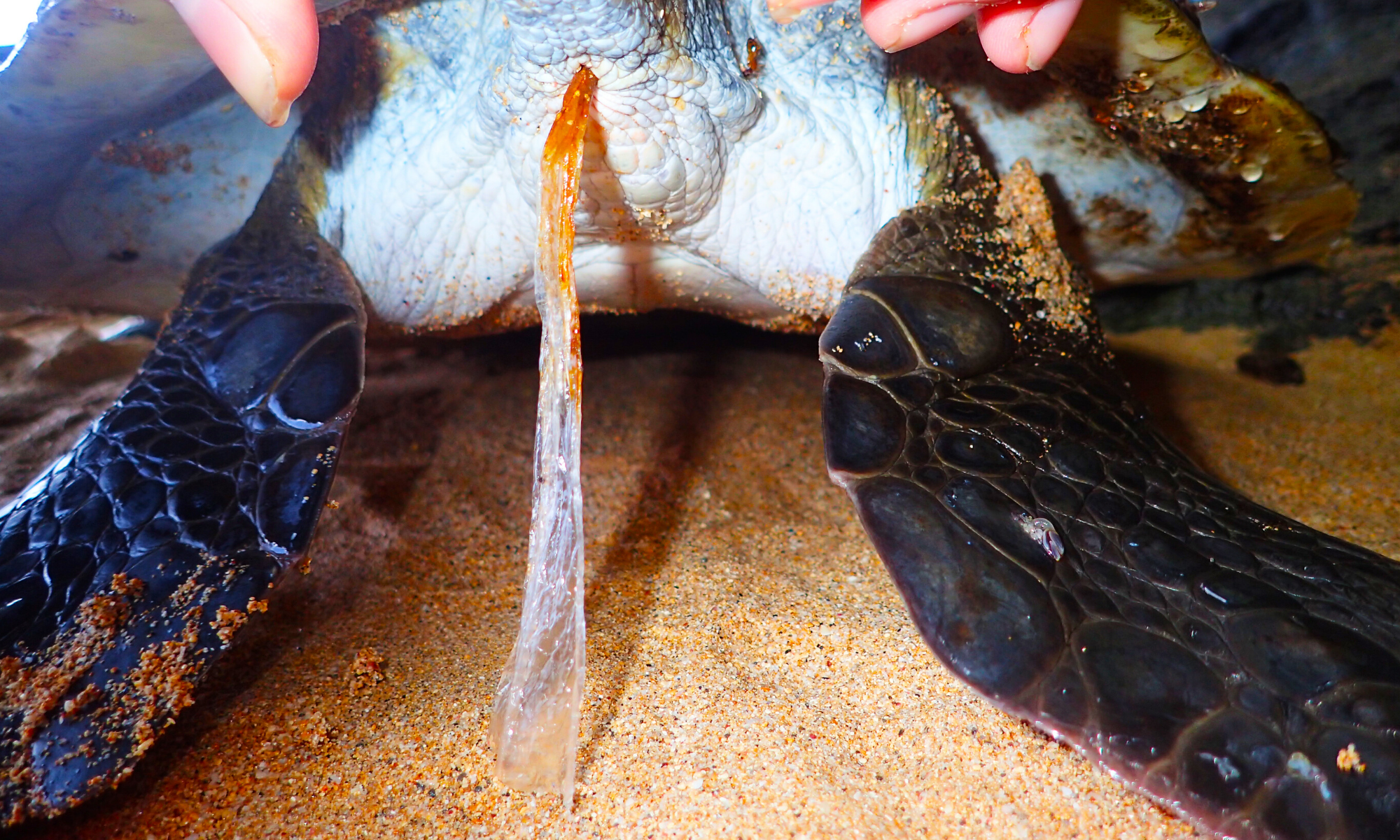 Autopsies conducted on four of the five turtles – all juveniles – that died after being found stranded on the beaches last year all revealed plastic in their digestive tracts. Their deaths may well have been related to ingestion of plastic. There is an urgent need to address this growing menace, but local action – which effectively amounts to running to stand still – has to be supported by wider, indeed global, efforts to combat the scourge of marine plastic pollution.

Last of the
leatherbacks?

Príncipe's turtles are under increasing pressure
from plastic pollution. Please help us to protect
the next generation.