Against the odds – Gibbons cling on in last remaining Vietnam stronghold

A crucial population of one of the rarest primates on the planet is holding its own in the face of multiple threats, according to the latest surveys conducted in northern Vietnam.

Survey teams recorded at least 20 groups of western black crested gibbon – totalling an estimated 64-79 individuals – in its only known Vietnamese haven, providing further confirmation that the population has stabilised in the 18 years since Fauna & Flora International (FFI) and our partners first intervened to reverse its steep decline.

The fact that the population appears to be stable may not sound like big news, but in the context of the severe and ongoing threats to the survival of this – and other – primate species in Vietnam, it constitutes a major victory. In a world where one million species are reported to be close to the brink as a result of human pressures, every example that bucks the trend is a cause for celebration.

All 18 of the world’s gibbon species are threatened with extinction, due primarily to hunting and habitat loss. Many of the forest landscapes where FFI works in Vietnam support important populations of these small apes. In fact, the country harbours all but one of the seven species known collectively as crested gibbons.

FFI’s Vietnam Programme is working to ensure the survival of the country’s four rarest gibbons – a quartet that includes the western black crested gibbon. The entire Vietnamese population of this critically endangered primate is confined to a single block of forest in the Hoang Lien Son Mountains, which lie at the south-eastern tip of the Himalayas.

As a result of our long-term commitment to conservation in this remote area of northern Vietnam, FFI was able to make a persuasive case for the establishment of two protected areas that would help safeguard the remaining western black crested gibbons and their dwindling habitat.

With this vital protection in place, we are continuing to reap the benefits of more than a decade of constructive engagement with the communities living alongside the gibbons’ habitat – initially at Mu Cang Chai Species and Habitat Conservation Area and, more recently, in the neighbouring Muong La Nature Reserve. 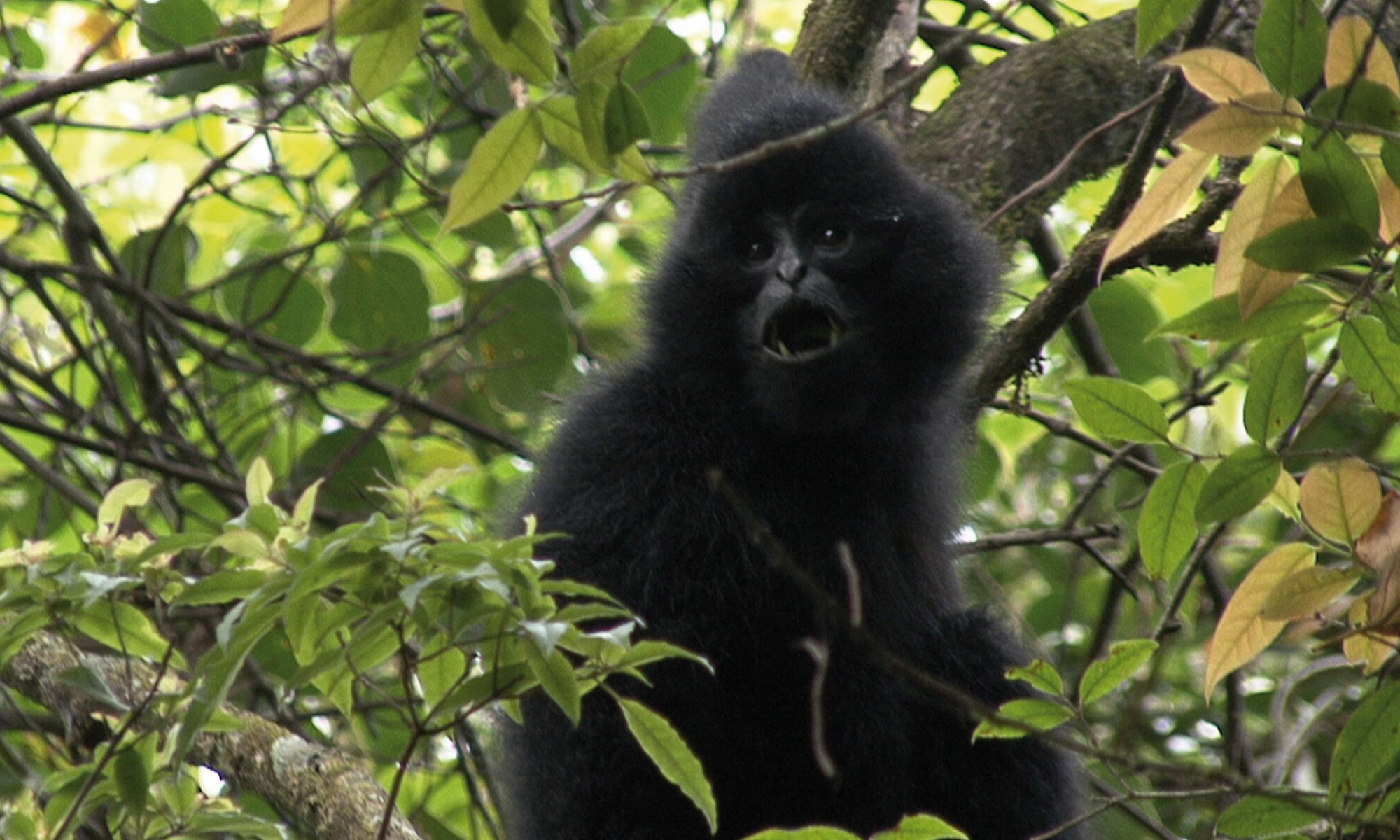 Community-led forest patrols – focusing in particular on gibbons – are helping to ensure that illegal logging, hunting and agricultural encroachment are kept to a minimum. As well as developing community-based gibbon monitoring, FFI also supports a range of initiatives designed to improve the livelihoods of people living nearest to these threatened primates.

Beyond the project site itself, we are also working more widely with our government partners to help ensure that Vietnam’s gibbons continue to receive the attention they urgently need. FFI produced a Gibbon Status Review back in 2011 and, more recently, has helped develop the National Action Plan for Primates to 2030 – signed by the prime minister.

We have also deployed a range of communications tools, including billboards, TV documentaries and short films, to highlight Vietnam’s position as potentially the most important country in the world for gibbon conservation.

An action plan specifically for the western black crested gibbon is now in place, and an international workshop dedicated to this species was held as recently as last week. We have also conducted a study, known in the trade as a population viability analysis, which concluded that the population has a viable future provided that hunting remains very low.

Josh Kempinski, head of FFI’s Vietnam programme, is acutely aware that the situation remains critical: “Cardamom cultivation poses a growing threat to the integrity of the gibbon’s habitat, and there are unconfirmed reports that these wonderful primates are occasionally targeted by hunters. Nevertheless, these latest survey results are extremely gratifying and vindicate FFI’s holistic approach to conservation.”

The encouraging news for this particular species is just the latest in series of good news stories relating to Vietnam’s primates. Earlier this year, we reported that the population of the cao vit gibbon (the western black crested gibbon’s eastern counterpart) has also rebounded. More recently, the survival prospects of the critically endangered Tonkin snub-nosed monkey received a tremendous boost.

FFI remains committed to safeguarding the future of the entire spectrum of species that make up Vietnam’s astonishing primate diversity.

Out on a limb

The western black crested gibbon's future is hanging
by a thread. Please support FFI's efforts to save it.