The fortunes of the critically endangered Myanmar snub-nosed monkey have received a boost after its habitat was declared a protected area by the Myanmar government.

The new protected area, the creation of which was supported by technical input from Fauna & Flora International (FFI), is home to the entire population – fewer than 330 individuals – of this distinctive-looking primate, which an FFI-led team discovered in 2010.

The high-altitude forests of the new protected area – known as Mount Imawbum National Park – are home to an array of spectacular species alongside the snub-nosed monkey, including the red panda, the takin (a Himalayan bovid threatened with extinction), and a number of charismatic pheasants. The site also harbours habitats dominated by oak, rhododendron and, at the highest altitudes, even alpine grassland. The habitat is also home to a diversity of rare plants including orchids targeted by collectors.

The snub-nosed monkey is known only to live in a small area of the eastern Himalayas on the Myanmar-China border and was first discovered by the FFI-led team at the site of the new protected area. The primary threat to the monkey and other wildlife in this area is forest clearance, and the roads built to facilitate logging, which divide and disrupt habitats. Poaching with wire or rope snares is another major cause of wildlife loss.

“This new protected area is a lifeline for the critically endangered snub-nosed monkey,” says Ngwe Lwin, the Northern Programme Manager for FFI in Myanmar. “Fauna & Flora International along with partners including Rainforest Trust and the Myanmar Forest Department have spent over four years consulting with local communities on the protection and management of this important area, and we are delighted to have achieved what is a milestone for conservation in Myanmar.”

The protected area will also help curb illegal wildlife trade, an issue of increasing international concern due to the coronavirus pandemic. “The new protected area will also help strengthen controls on illegal wildlife trade between Myanmar and China – especially timely given the growing belief that the Covid-19 virus may have emerged as a result of illegally traded wildlife,” says Ngwe Lwin. Protection and conservation efforts within the area will be aided by increased cooperation between law enforcement officials on the China-Myanmar border.

The charismatic but secretive species is known locally as “monkey with an upturned face” for its upturned nose, which is a key characteristic of the five known snub-nosed monkey species, all of which inhabit south-western China and neighbouring countries including Vietnam. Locals say its distinctive nose causes it to sneeze during rain. 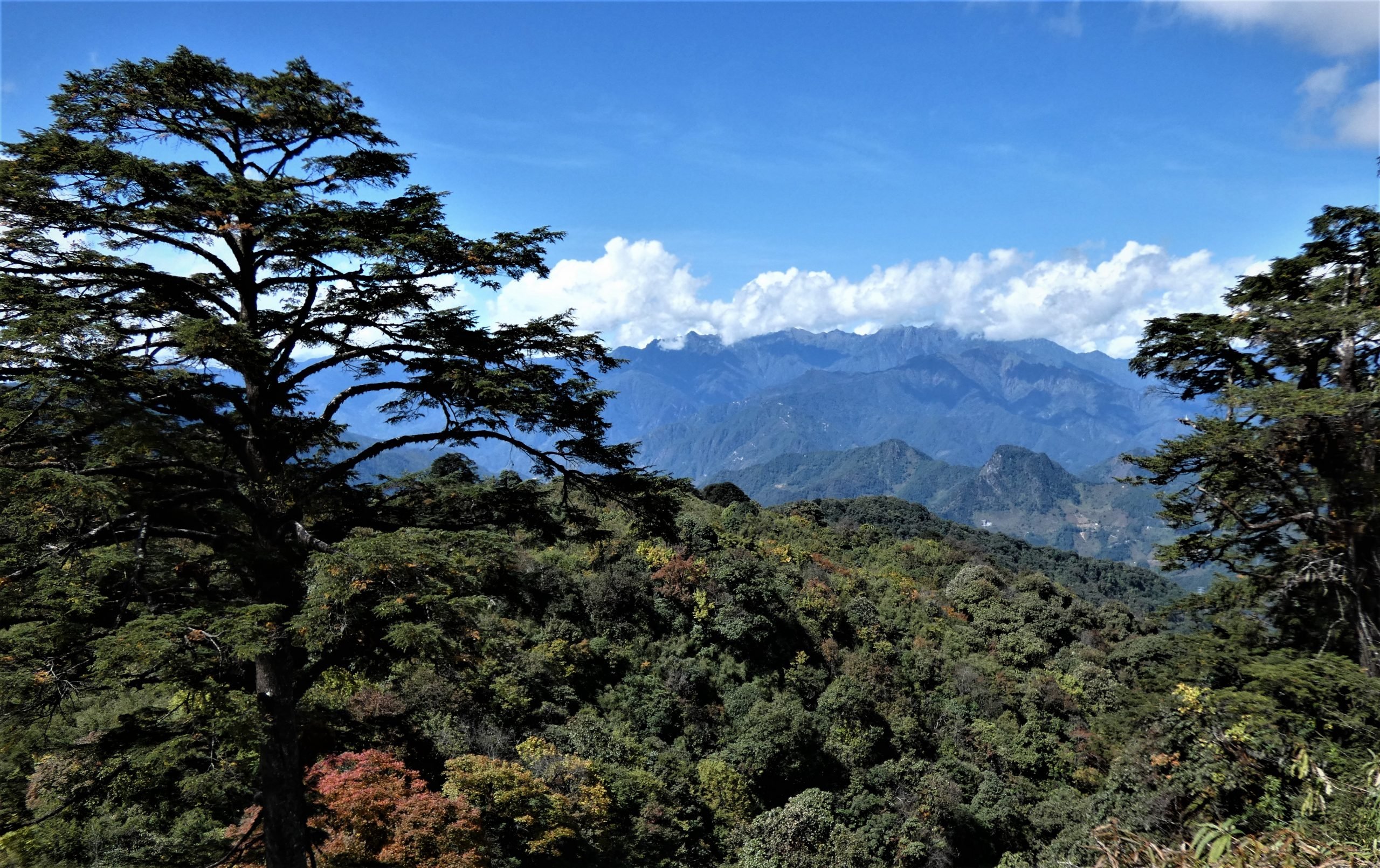 The first step of many

This milestone for the country covers an official area of 386,176 acres (just over 1,500 square kilometres) of remote, high-altitude forest. The new protected area is home also to the charismatic red panda, an endangered species with fewer than 10,000 remaining in the wild.

“The designation of the area is just the first step. It is now imperative that the necessary resources are directed towards the area so we can ensure the long-term survival of the snub-nosed monkey and all of the endangered species that call this forest home,” says Mark Grindley, Country Director of FFI’s Myanmar Programme.

Other organisations that provided technical support and financial assistance for the creation of the new protected area, in addition to Rainforest Trust, include the Critical Ecosystems Partnership Fund* and Helmsley Charitable Trust.

The new protected area comes ahead of a decade dubbed the “Decade of Ecosystem Restoration” by the UN, with conservation groups calling for 30% of the Earth’s terrestrial and marine land to be designated as protected areas. It also coincides with the end of the Aichi Biodiversity Targets (2011-2020), one of the mechanisms of the global Convention on Biodiversity that set national targets for protected area coverage towards which this new park contributes.

*The Critical Ecosystem Partnership Fund is a joint initiative of l’Agence Française de Développement, Conservation International, the European Union, the Global Environment Facility, the Government of Japan and the World Bank. A fundamental goal is to ensure civil society is engaged in biodiversity conservation