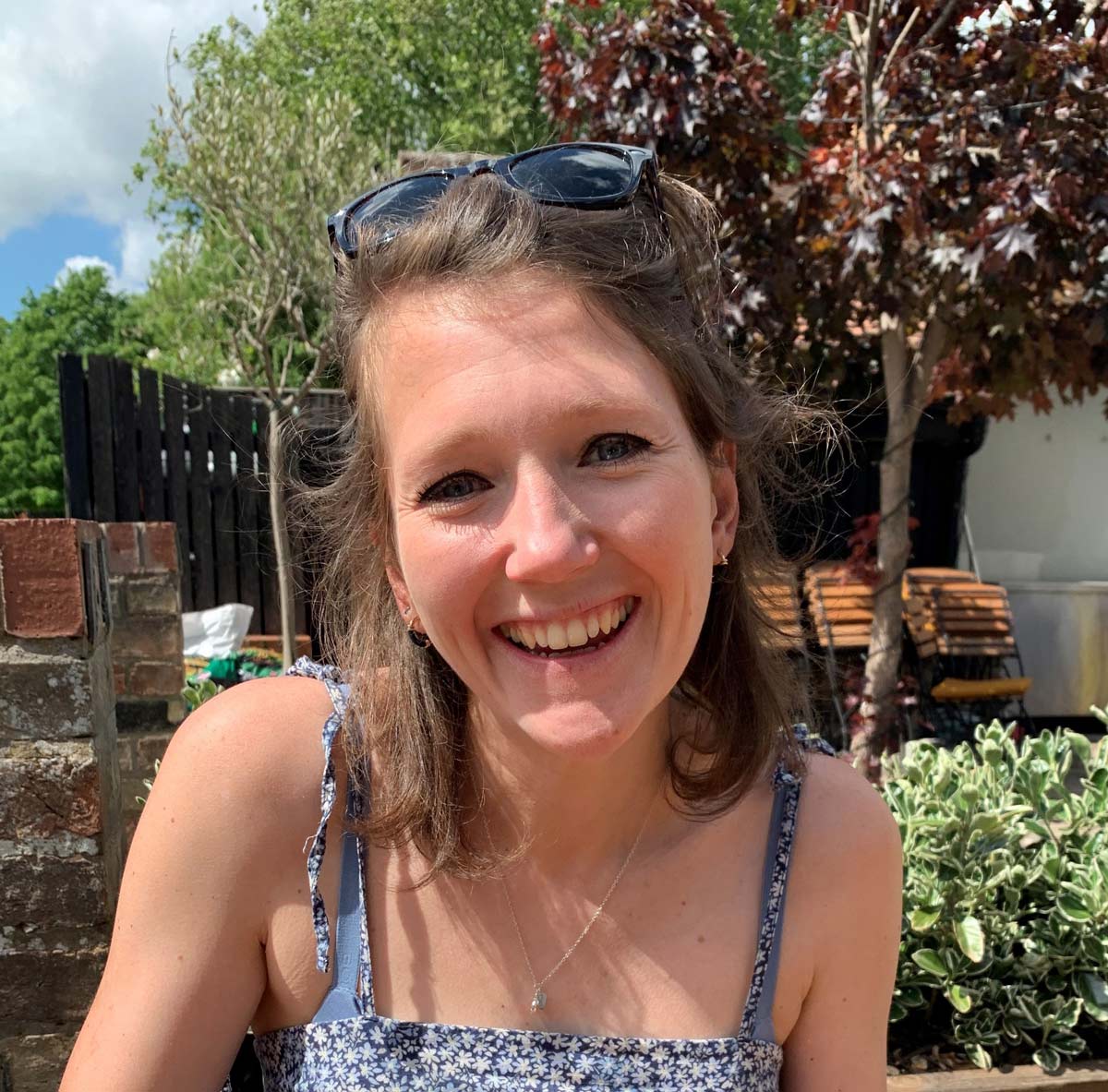 Joanna is the Media Relations Manager at Fauna & Flora International

A new portrait of Sir David Attenborough has been donated to Fauna & Flora International (FFI), an organisation with which Sir David has been closely associated for well over 60 years, as a member since 1959 and vice-president since 1979.

The painting, by portrait artist Rosalie Watkins, has been donated by philanthropist and FFI trustee, Kim Stewart, and her family, to mark Sir David’s extraordinary contribution to conservation and to serve in memory of Duncan Stewart, a young naturalist inspired by Sir David’s example.

The portrait was unveiled in FFI’s London office during an intimate ceremony, with attendees including Sir David and Susan Attenborough, the Stewart family, Rosalie Watkins and FFI staff members. Arrangements are already under way for the portrait to be installed in the David Attenborough Building in Cambridge, home to FFI’s UK head office and the Cambridge Conservation Initiative, of which Sir David is an honorary patron. 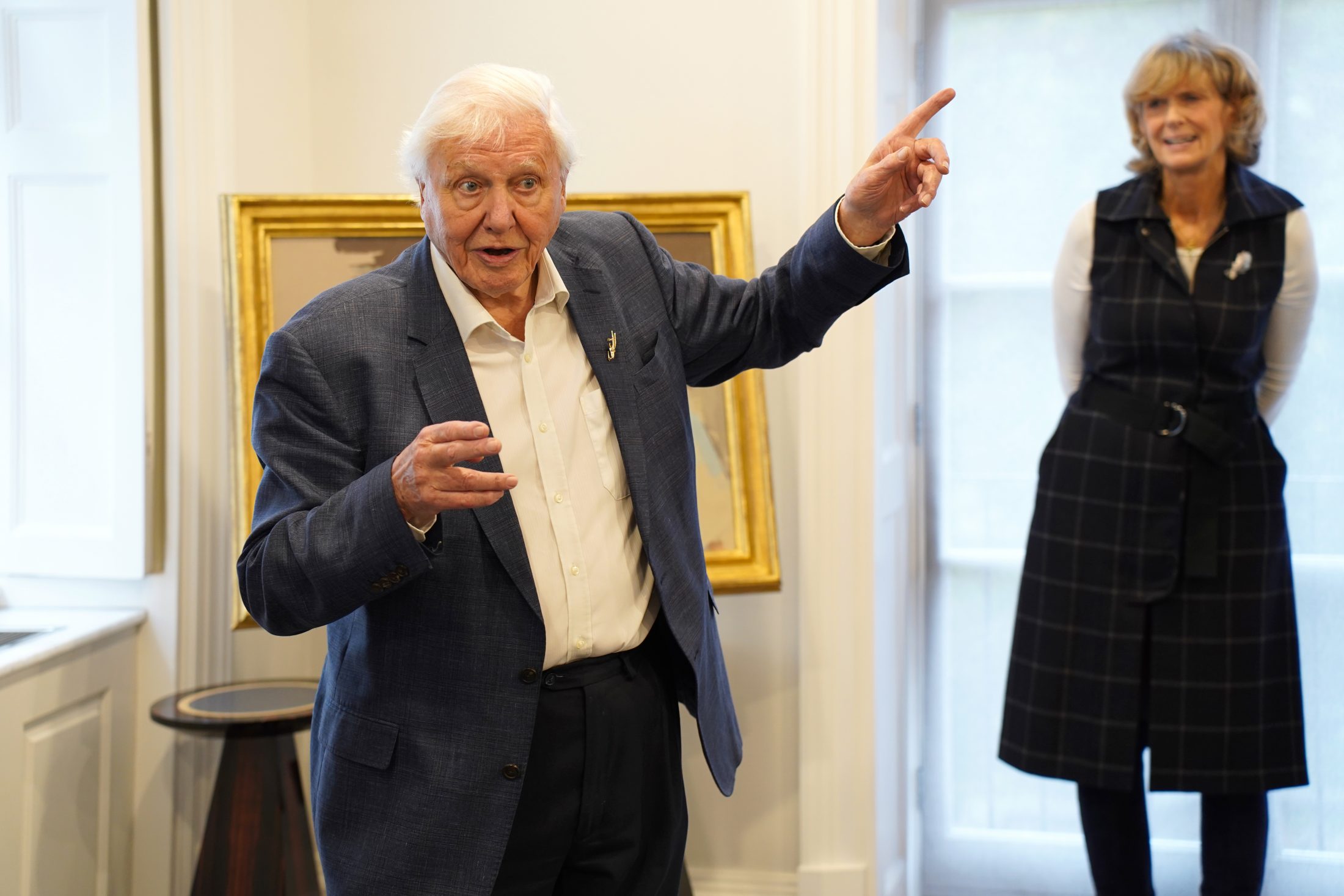 Addressing the audience at the event, Sir David said: “Of the various organisations that I am involved with, Fauna & Flora International is one of the closest to my heart. That the Stewarts have been so kind to arrange for this portrait to be painted, and that it will go and hang in Cambridge, a place of which I am very fond, gives me huge pleasure. I thank all of you who have been involved in bringing it about, and particularly to Rosalie for painting it. It’s such a recognisable portrait.”

The Stewart family has donated the painting to FFI in memory of their son Duncan Stewart, a budding naturalist who regarded Sir David as his hero. Duncan Stewart tragically died as a passenger in a car accident at the age of 18, while working as a marine biologist studying migratory fish in Scotland’s west coast rivers. 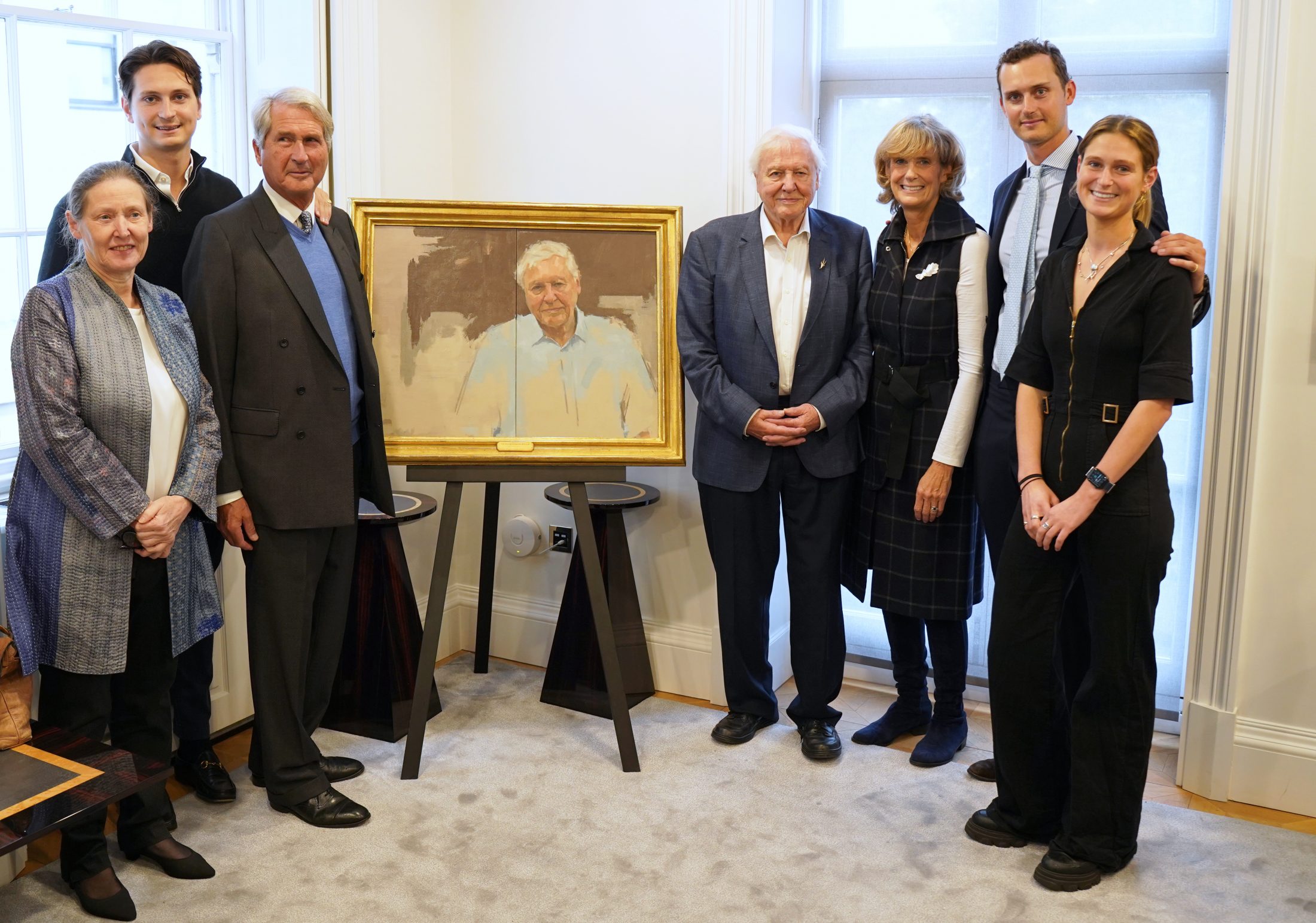 Kim Stewart, in a statement on behalf of the family, said: “The Stewart family is donating Rosalie Watkins’ wonderful portrait of Sir David to Fauna & Flora International in memory of Duncan. Sir David Attenborough was, simply, Duncan’s hero. As a 17-year-old, Duncan wrote to Sir David, inviting him to come and talk at Winchester College. He accepted and not only had the whole school spellbound but agreed to become the Patron of the school’s Natural History Society.

Rosalie Watkins did the painting, in oil on canvas, following three sittings at Sir David’s London home. Rosalie comments: “I wanted the portrait to be dignified to reflect the esteem in which we all hold Sir David Attenborough. But there also had to be an element of unease to reflect his concern for the current environmental situation, so it being split over two canvases, creating a subtle rupture in the surface, is the reference to that unease.” 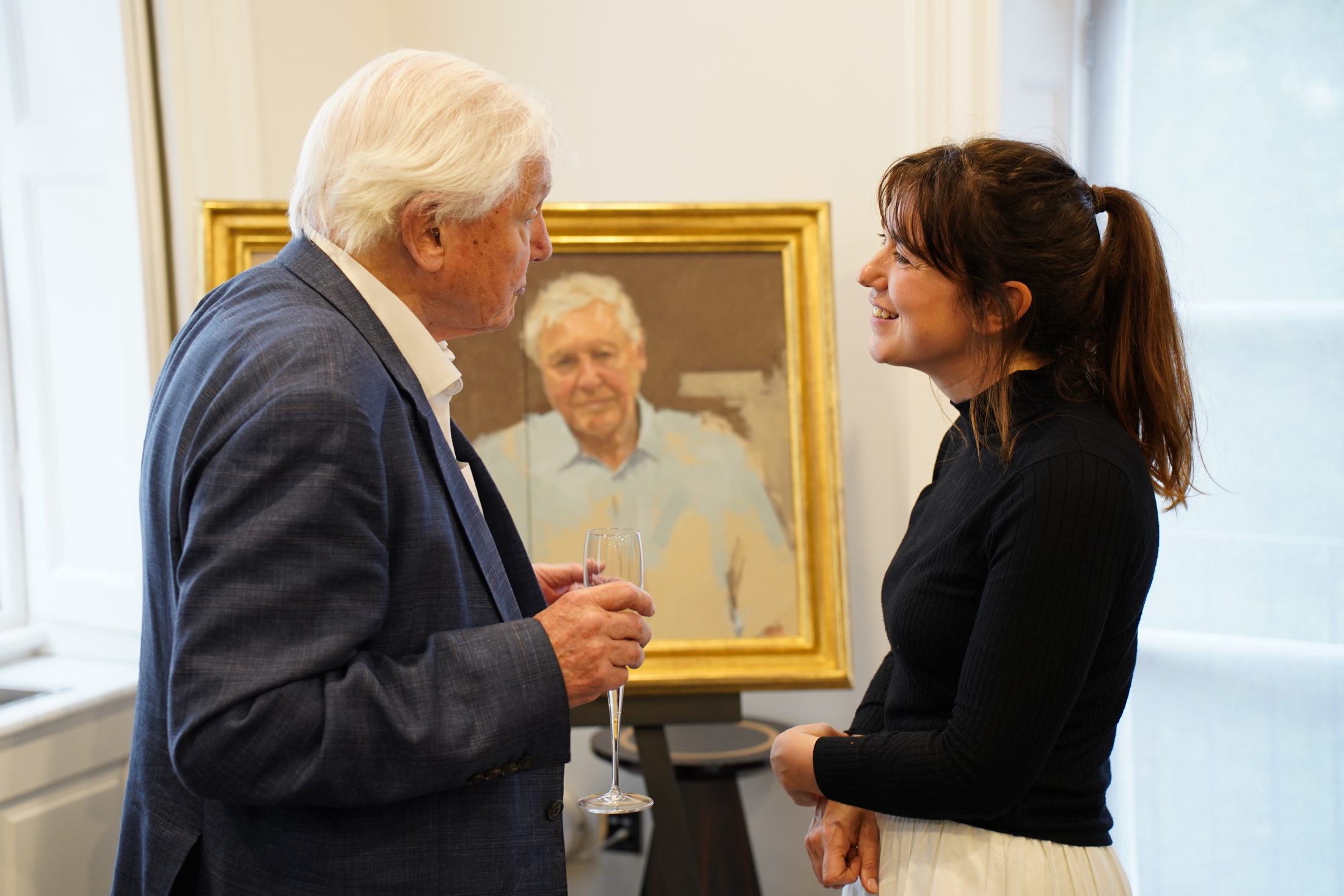 Mark Rose, CEO of FFI, said: “We are enormously grateful for the support Sir David has provided to FFI as a member and vice-president over the past 60 years, but beyond that, we are thankful for the impact he has had on conservation more widely. Through his television programmes, his advocacy and his passion, Sir David has made conservation what it is today and has helped bring the issues that FFI is working to tackle every day to public attention. Sir David once said that FFI ‘invented modern-day conservation’. Well, if I might return the favour, if we invented it, then it was Sir David who made the world care about it.

“It is a great honour to be gifted this remarkable new portrait, which not only celebrates Sir David’s extraordinary contribution to conservation, but will serve in memory of Duncan Stewart, a young naturalist who was inspired by his incredible example. When the portrait is displayed in our Cambridge building, I hope that all of us working there will feel inspired to emulate Sir David’s dedication, enthusiasm and wisdom, as we embark on the great conservation challenges that lie ahead.”

Joanna is the Media Relations Manager at Fauna & Flora International