Eight years after the discovery of a new primate species in Myanmar, scientists have released a new report revealing how the ‘snubby’ is faring.

Scientists and conservation teams from Fauna & Flora International (FFI), Dali University and the German Primate Center just published a comprehensive conservation status review of one of the world’s most threatened primate species, the critically endangered Myanmar snub-nosed monkey (also known affectionately as the ‘snubby’ by scientists, and as the black snub-nosed monkey in China), Rhinopithecus strykeri.

The species was discovered in Myanmar in 2010 by Ngwe Lwin, a local scientist working for FFI. The following year, scientists in China confirmed that these primates are also found in the neighbouring forests of Yunnan province. In 2012, research by FFI and partners led to the species being formally designated as critically endangered due to its small population size and threats from hunting and habitat loss.

Eight years after its discovery, the conservation status review sought to uncover how the species is faring. The report confirms that while the status of the snub-nosed monkey remains critical due to its fragmented, small population and ongoing threats, positive actions by communities, governments and NGOs have resulted in a dramatic improvement in the outlook for the species. 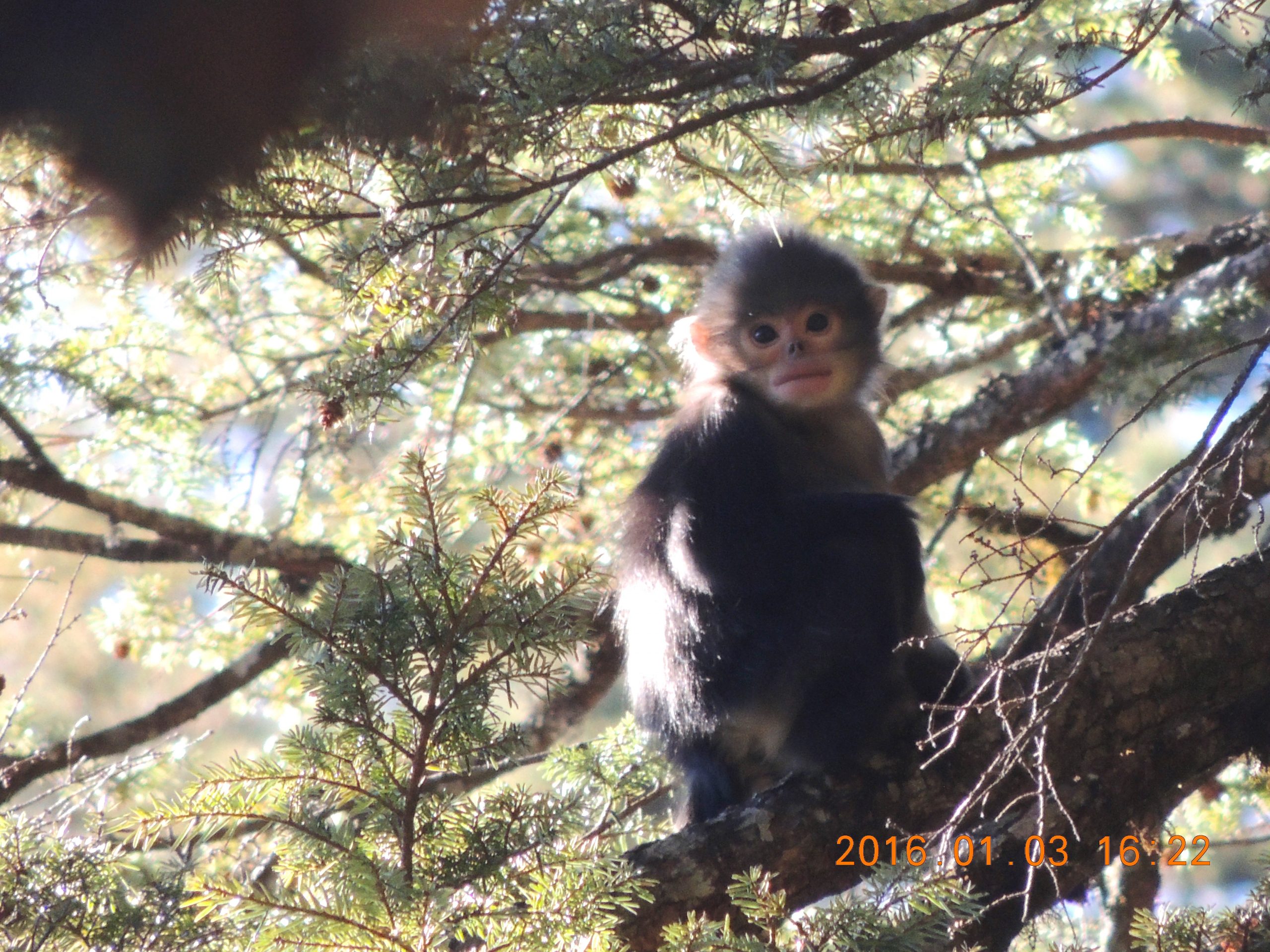 Straddling the border lands of the Eastern Himalayas between Kachin state in Myanmar and Yunnan province in China the Myanmar snub-nosed monkey has been seriously threatened by hunting and wildlife trade, illegal logging and forest destruction linked to hydropower schemes and associated infrastructure development.

The good news, however, is that this situation is beginning to turn around. Intensive community-based conservation awareness work has reduced the local hunting pressure in Myanmar, while the implementation of a trans-boundary agreement between China and Myanmar, signed in 2015, has significantly reduced illegal trans-boundary wildlife trade and illegal logging.

Both the Myanmar and Chinese Governments have also begun the process of establishing new protected areas on both sides of the border: Imawbum National Park in Myanmar and the Nujiang Grand Canyon National Park in China. Crucially, both governments recognised the importance of integrating the socioeconomic needs of local communities within the planning process, and the new protected areas will reflect this.

Furthermore, in Myanmar, the Forest Department has worked with FFI to complete the country’s first fully participatory designation and boundary delineation process for a new protected area with the free, prior and informed consent of the local indigenous people. The official notification decree by the Ministry of Natural Resources and Environmental Conservation is expected to be issued this year.

“Protected area designation and trans-boundary collaboration, combined with the active participation of local communities in both biodiversity conservation and sustainable economic development, have drastically improved the chances for the snubby to be saved from the brink of extinction,” says Frank Momberg, Director of FFI’s Myanmar programme.

Help save this species

Your support could give a lifeline to the Myanmar snub-nosed monkey. This remarkable monkey is severely threatened with only 260–330 remaining.

We are reducing hunting and tackling the illegal wildlife trade but we need your support to help keep up this work. Please send your gift today.