In the ancient world, Middle Eastern traders traversed a 2,000 mile long route from Oman to the Holy Land known as the Frankincense Trail. As the name suggests, the most valued commodity peddled along this commercial corridor was the fragrant tree extract known as frankincense. Millennia later, the harvest and trade of aromatic resins persist today in a number of nations, including the Eastern Caribbean territory of Saint Lucia. Whilst present-day demands for incense on this West Indian island is infinitesimal by ancient Arabian standards, the impacts on and implications for one threatened forest species are anything but insignificant.

The threatened forest species in question is the, lansan tree (Protium attenuatum), an Eastern Caribbean endemic species of the frankincense family Burseraceae. Like the olibanum tree (also of the Burseraceae family) whose perfumed derivative drove the ancient frankincense trade of the Orient, the scented sap of the lansan tree is valued for its religious, medicinal and insect repelling applications. Lansan harvesters (also called tappers) slash the trunks of these trees and obtain the oozing resin from resulting wounds. However, as the concept of “sustainability” is often a mere afterthought, over-exploitation of this species has led to its disappearance from much of its historic range. 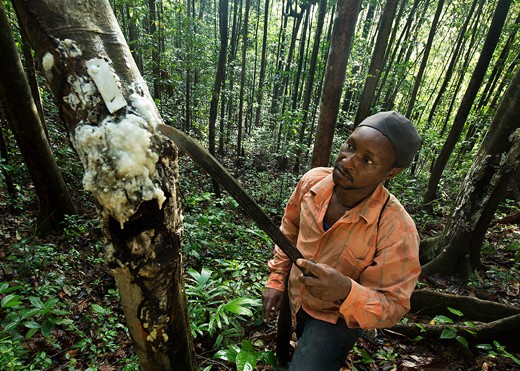 Conservation initiatives are far more successful when guided by rigorous scientific investigation. To this end, natural resource managers of Saint Lucia partnered with Fauna & Flora International (FFI), the Global Trees Campaign and volunteers from Durrell Wildlife Conservation Trust to study the effects of various methods of lansan harvesting. This research confirmed that traditional harvesting methods were highly detrimental to the trees being tapped, but discovered a new procedure that was perfectly safe. Using this new approach, tapping was limited to mature trees and a single shallow incision was made, and then sprayed with dilute sulphuric acid. The same incision was re-opened on a bi-weekly basis. With no ill effects on harvested trees and boasting a resin yield significantly greater than that of traditional methods, this novel harvesting technique promised to satisfy conservationists and tappers alike. 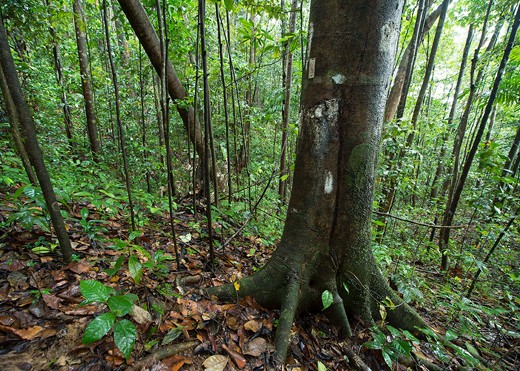 With the exciting prospect of a conservation solution that would economically benefit local communities, the Saint Lucia Forestry Department and FFI got down to the matter of marketing and mainstreaming. The first order of business was to introduce a small group of harvesters to the new sustainable practice. These harvesters were each assigned a demarcated plot of about 60 lansan trees within the forest reserve and were transported to these sites for fortnightly tapping events. They were provided with tools for extracting the resin, dilute sulphuric acid and protective personal equipment. In exchange for this assistance and the added bonus of keeping all revenue generated from lansan sales, these tappers provided the conservation consortium with valuable feedback on this incense operation.

With support from the Sandals Foundation, this adaptive scheme to mainstream sustainable lansan harvesting and expand the incense industry has now been rolled out. The newly prescribed method for lansan resin extraction will soon be taught to a new intake of tappers and these individuals will be licensed and certified as officially sanctioned harvesters. As a conservation perquisite, authorised tappers will be inclined to report any illegal forest activities which threaten their investment, thus effectively increasing the surveillance capacity of the Saint Lucia Forestry Department.

Later this year, the wider objectives of getting other Eastern Caribbean nations to buy-in to sustainable lansan practices and explore potential lansan markets will be tackled. The Saint Lucia Forestry Department and FFI will address these regional targets with an upcoming workshop for conservation professionals from other islands within the historic range of this species. Through these local and regional initiatives, there is real optimism that livelihoods can continue to be supported while lansan stands are looked after. 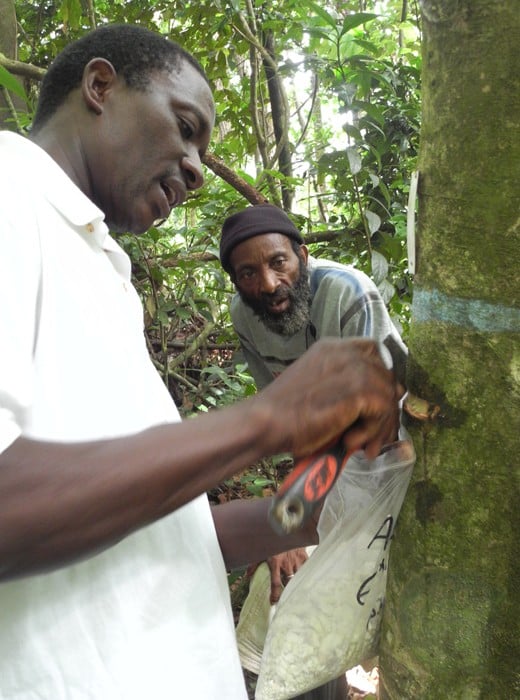 The debate as to whether morality or economics should guide conservation action still rages within certain intellectual spheres. One corner claims that the intrinsic value of this planet’s biota is in danger of being compromised by capitalist notions of valuation. Meanwhile, their opponents suggest that any who would scoff at practical economic models are irrational and utopian idealists. But, can we not embrace both ideologies?

We should, in fact, maintain that the species of this planet have an intrinsic value as no costing can ever be placed on the fondest memories of natural encounters that many of us hold. However, when economic pressures and capitalist ideals drown out our tunes of conservation for its own sake’, the strategy of attaching monetary value might be the only alternative. As is being done with the lansan tree in Saint Lucia, exploring sustainable yet economically viable and even profitable uses of our natural resources can be an effective conservation strategy. Until humanity accepts the moral obligation to conserve species simply because they have a right to exist, assigning dollar values to fauna, flora, ecosystems and their services may just buy this planet’s biodiversity some more time.