Like sharks, most crocodiles tend to be given a bad press. But that notoriety does at least bring these much-maligned and misunderstood animals into the public consciousness. From alligators in the Everglades to Australia’s saltwater crocs, stories abound of narrow escapes from man-eating monsters.

Spare a thought for the Siamese crocodile. To paraphrase Oscar Wilde, there is only one thing in life worse than being misrepresented, and that is not being represented at all. This little-known, unheralded reptile is neither monstrous nor man-eating. And in this case the only noteworthy narrow escape has been on the part of the crocodile. From the jaws of extinction.

Siamese crocodiles are critically endangered. Once widespread across a variety of wetland habitats in Southeast Asia, this species has now disappeared from 99% of its former range. It was actually feared to be extinct in the wild until its rediscovery during a series of surveys in Cambodia’s Cardamom Mountains led by Fauna & Flora International (FFI).

It was no accident that the crocodiles in this remote region had escaped the fate of so many of their kind. The local Indigenous minorities had strong respect and affection for them, and reverence for these reptiles meant that it was taboo to kill or hurt them. 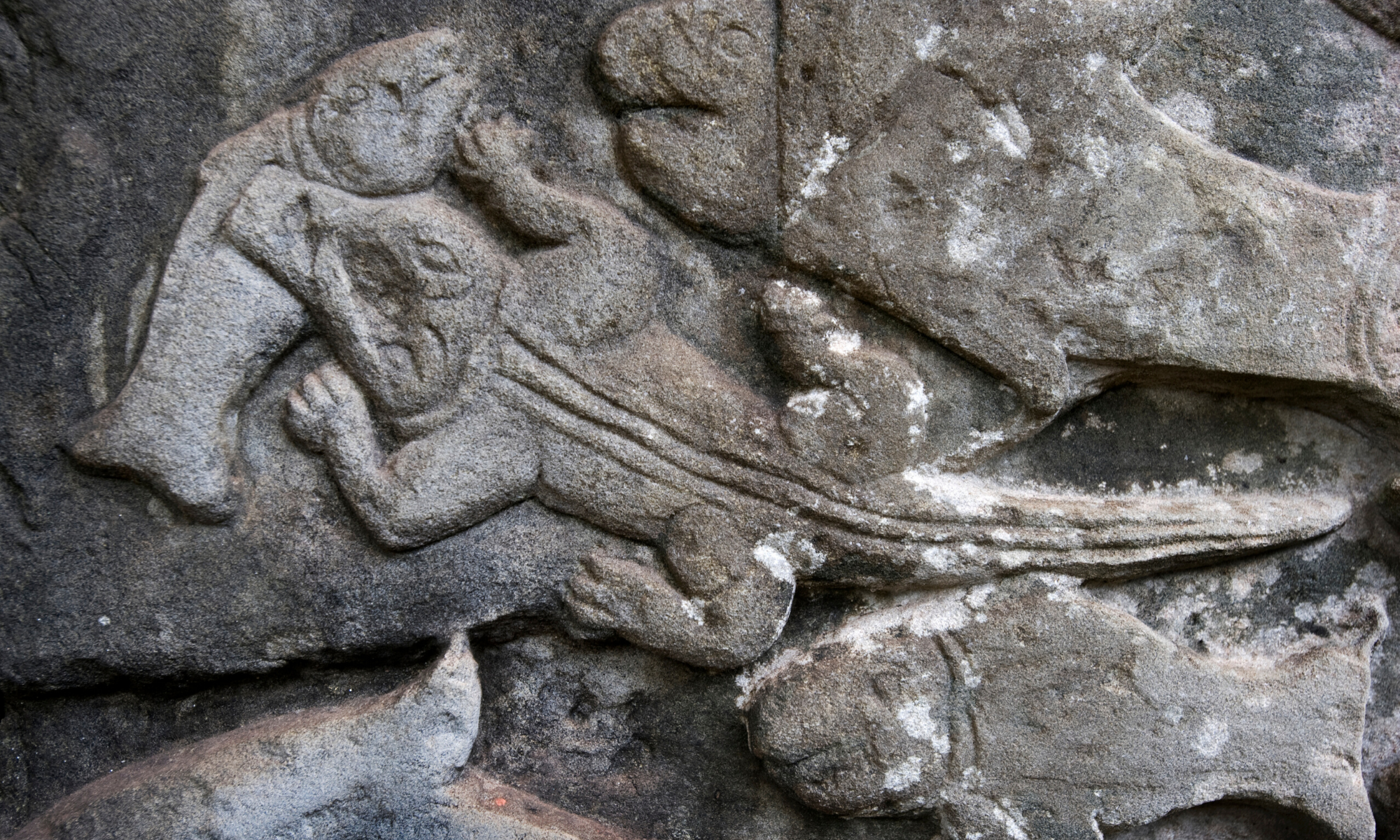 Crocodiles feature in the stone art at Angkor Wat and other ancient temples in Cambodia. Credit: Jeremy Holden/FFI

Regrettably, the Siamese crocodile has not been afforded that level of care in the wider world. Today it remains one of the world’s rarest reptiles, reduced to small, fragmented populations in Cambodia, Indonesia, Lao PDR, Thailand and Vietnam.

Why are Siamese crocodiles endangered?

The decline of the Siamese crocodile began with competition from rice farmers for its wetland habitat, but it was the explosion in commercial hunting and large-scale crocodile farming in the 1950s – to supply the international skin trade – that drove the species to the brink of extinction.

Siamese crocodiles produce fine, soft leather and are easy to breed in captivity. Most wild-caught individuals have been cross-bred with other crocodile species, compromising the genetic purity of the vast majority of captive stock as well as severely depleting the wild population. Most of the estimated one million ‘Siamese’ crocodiles in captivity are actually hybrids and mongrels. 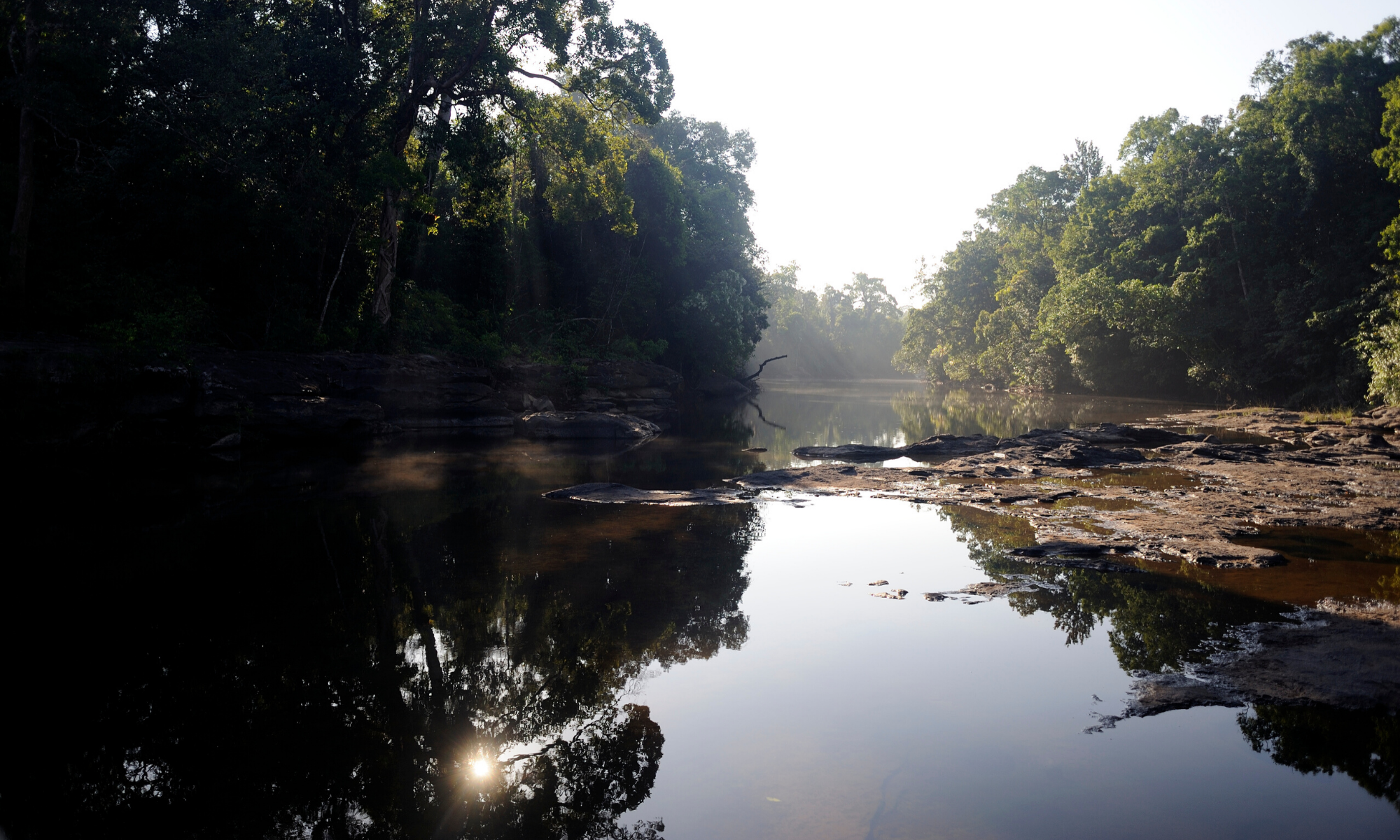 Illegal collection of wild crocodiles continues to pose a threat to the species’ survival, but it is also under severe pressure from poaching, habitat loss, accidental entanglement in fishing gear, and the construction of hydroelectric dams.

How FFI is helping Siamese crocodiles

It was clear from the outset that protecting Siamese crocodiles and their marshland home in the Cardamom Mountains would be best achieved in cooperation with the very people who had been coexisting harmoniously with them long before their ‘rediscovery’ by scientists. For the past two decades, FFI has worked closely with the Cambodian government’s forestry department and local communities to safeguard – and supplement – the remaining crocodile population. 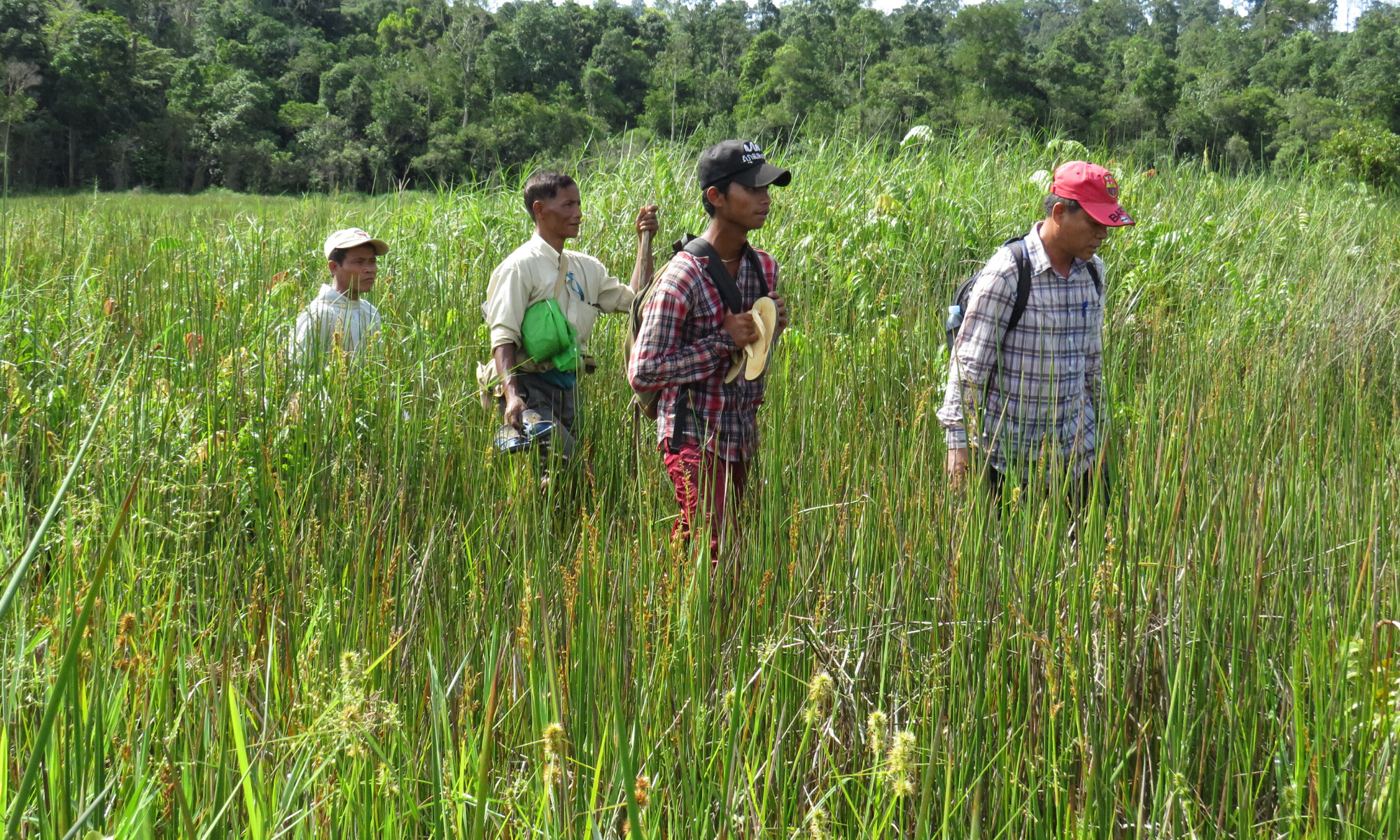 Community-led monitoring and anti-poaching activities at key breeding sites are a crucial facet of our collaborative conservation efforts. The effectiveness of this approach was recently underlined when a team of community wardens from Chhay Reap working with FFI to protect the Siamese crocodile received a prestigious international ranger award.

We urgently need to listen to, and
invest in, the people who know
what it takes to protect nature.

Fieldwork is complemented by a groundbreaking captive-breeding and reintroduction programme. This has already resulted in the release of well over one hundred pure-bred Siamese crocodiles at suitable sites – all of them vital additions to the wild population. 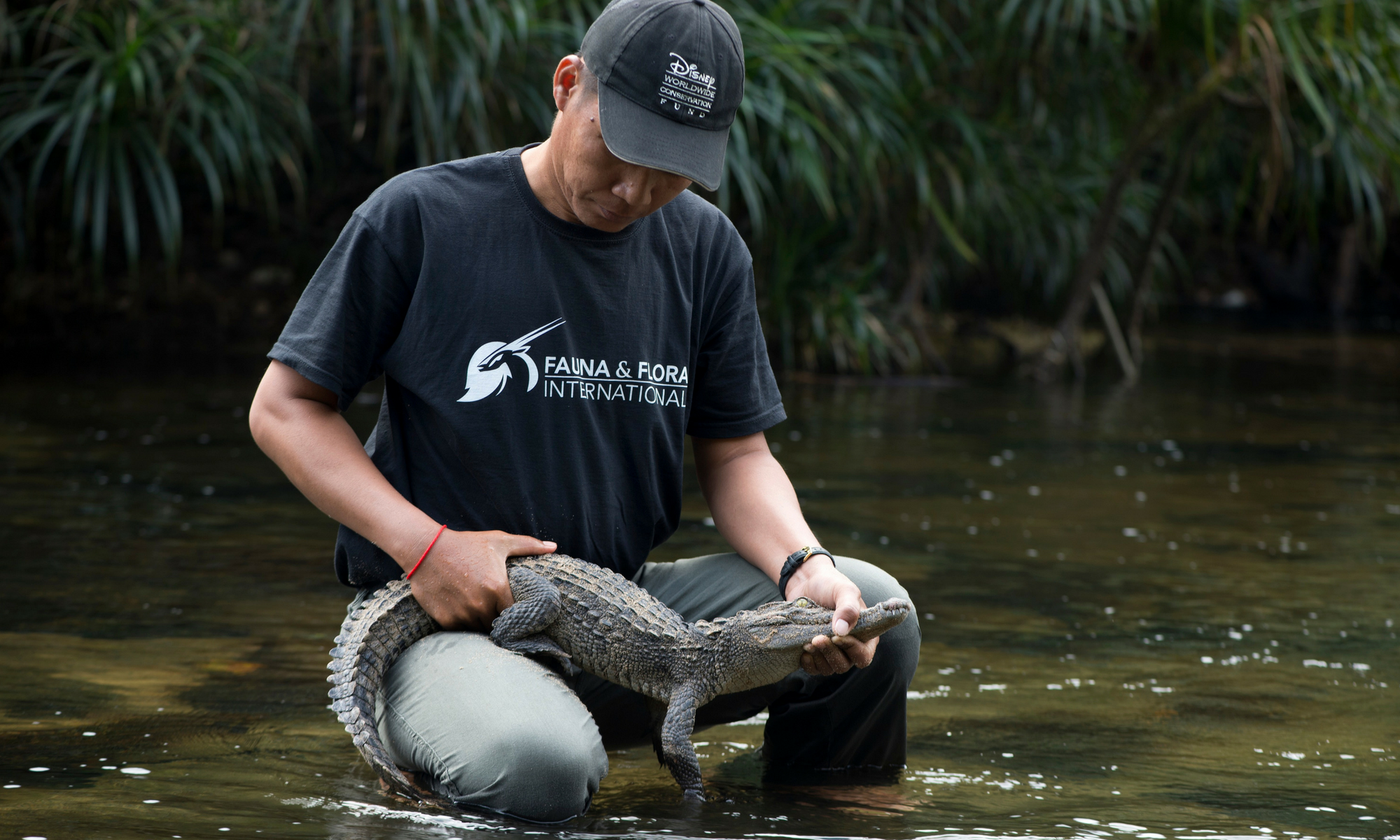 Despite the restrictions imposed by lockdown in 2020, a Cambodian patrol team discovered a wild Siamese crocodile nest in one of the last global strongholds of this critically endangered species. Just three months prior to this encouraging find, a record number of baby Siamese crocodiles had been spotted in the very same wetland. This evidence of successful breeding activity is a sure sign that conservation efforts are having a real impact on a species that was once in grave danger of sliding unnoticed into extinction.

Just as importantly, it vindicates an approach that recognises the value of entrusting wildlife conservation to local communities and supporting their efforts to safeguard the biodiversity in their own backyards, which is why FFI continues to call for far greater levels of investment in this work.