Jeff Wilson is a freelance photographer and wildlife film-maker based in Bristol. After training as a biologist, Jeff joined the BBC’s Natural History Unit and over the course of the next 13 years he covered stories in 43 countries, on all seven continents for the series Life of Mammals, Natural World, Planet Earth and Frozen Planet. His photography has been published in all the major UK papers and he is a regular contributor to BBC Wildlife Magazine. Jeff is currently directing a feature film based in Sri Lanka.

The tiny island of Maio – part of the Cape Verde archipelago, 750 miles off the west coast of Africa – is world renowned for the rich marine life of its Atlantic waters. It is the third most important nesting site for loggerhead turtles in the world, and is increasingly recognised as an important breeding area for a number of shark species.

Yet, perhaps even more remarkable is the community of resident conservationists who are working alongside Fauna & Flora International (FFI) and its partner Maio Biodiversity Foundation (FMB) to create a better future for their island and its natural resources.

This is a place where community ties are still paramount in everyday life. With a population of just over 7,000 people, everyone seems to know each other on the island. But, more importantly, their pride in preserving habitats and species stems from a centuries-old reliance on the sea – which to this day is still the sole source of income for many.

Added to this is a sense of well-founded caution among many islanders towards rapid development – which stems largely from having witnessed what has happened on the neighbouring islands of Sal, Santiago and Boa Vista.

The end result is an island community that is at a unique crossroads in its history – and knows it. The choices they make now about preserving their natural heritage (and how they balance this with building infrastructure to support tourism) will determine the long-term future of this island.

To help guide these amazing people through this important time, FFI and FMB have created a relationship and infrastructure that will help them find this balance for the good of Maio’s biodiversity, and its people.

Snapshot of an island 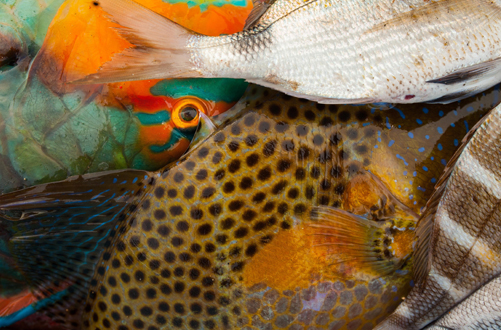 Maio’s Atlantic waters are rich in marine fishes that have sustained local fisheries for centuries. But with increasing pressure from large-scale commercial boats, local fishers decided to take matters in their own hands. In 2012 they demanded from their government a series of marine protected areas which – with support from FFI and partners – now cover an area of over 30,000 hectares. 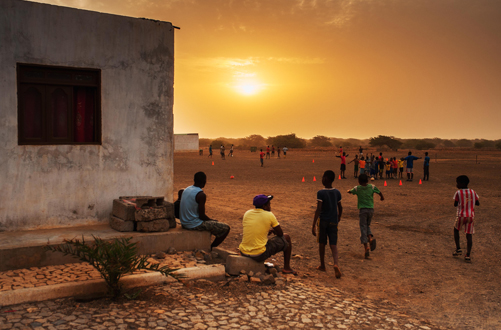 On Maio, the only thing that galvanizes the community more than football is the sea. It forms a way of life for many on a volcanic island where the land and soil have little to offer. 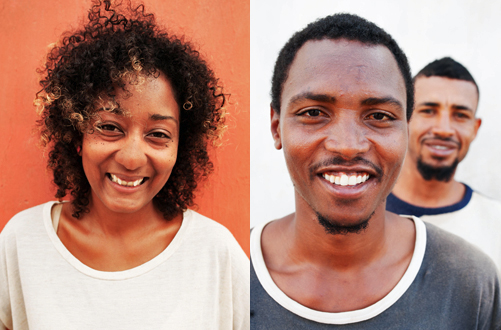 Katia Lopes (left), biologist and team leader at FMB, works closely with local fishers on a daily basis throughout the turtle season to patrol beaches and collect data. 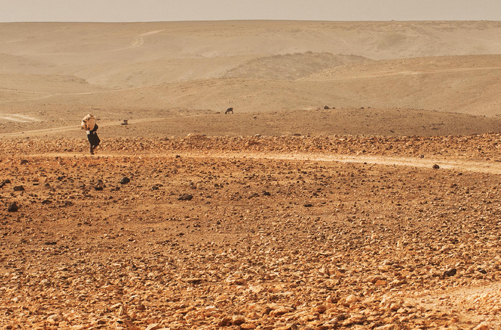 There are not many options for the people of Maio beyond what the sea has to offer. Although there is a limited market for livestock and some agriculture, for the most part the island is barren, which makes the sea and the tourism it brings all the more important for the future. 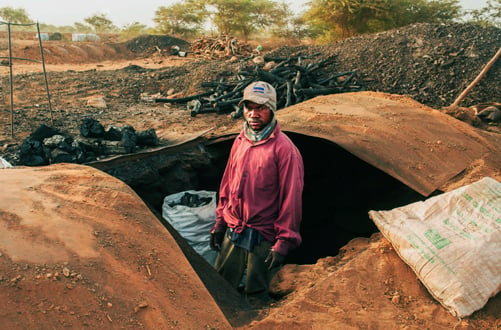 As the population increases, many people have no other option but to turn to the precious few resources the land does have to offer. At present, the charcoal industry is small, but clearly unsustainable. 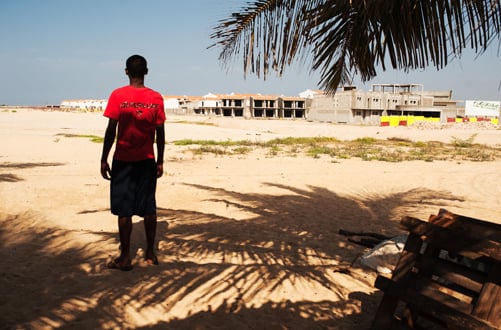 Talk to anyone on Maio, and they are cautious of rapid development and the impact it will have on their island – and rightly so; a huge complex on the main beach at Porto Ingles was abandoned in 2012 due to lack of funds. The ugly shell it left behind is both aesthetically and ecologically a disaster, having been built on fragile Salinas (salt wetland) habitat – an important breeding site for migrant birds. To make matters worse, the abandoned buildings have become a roosting place for crows which prey on ground-nesting migrant species. 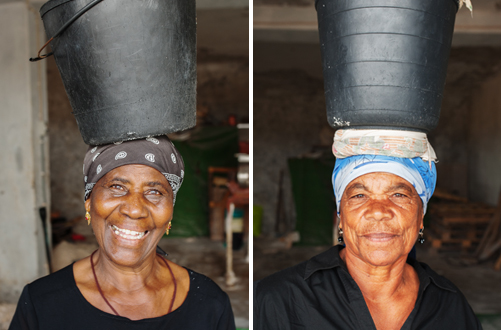 FFI and FMB work directly with a co-operative of women who mine the salt pans of the Salinas. The co-operative’s traditional methods ensure that the salt pans remain intact (and therefore suitable for breeding populations of birds such as the Kentish Plover), and in return FFI and FMB are building infrastructure for livestock nearby to ensure encroaching cattle don’t affect the purity of the salt or trample ground nests. In short: what works for the people works for the birds. 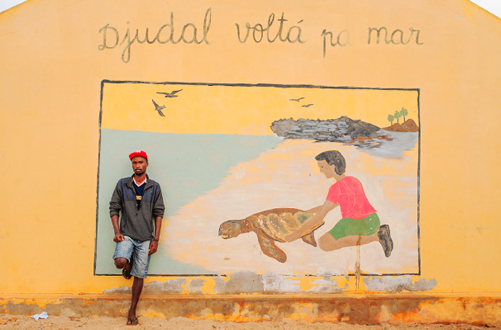 Community education is a matter of pride for Maio islanders like Nivaldo, a fifth generation fisherman who joined FMB as a volunteer and is now a key employee of the marine team in the community of Calheta. 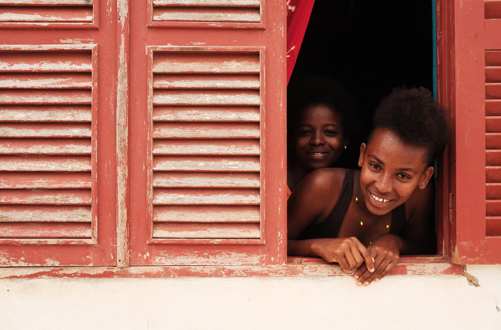 The future of Maio and its natural resources rests on how it develops its tourist infrastructure. With a laid back and hospitable culture, Maio is an ideal place for low impact ecotourism in the form of homestays, which will put money directly into the pockets of the community. FFI and FMB are already implementing this through their turtle project and have plans to train guides to accompany tourists during their stay. 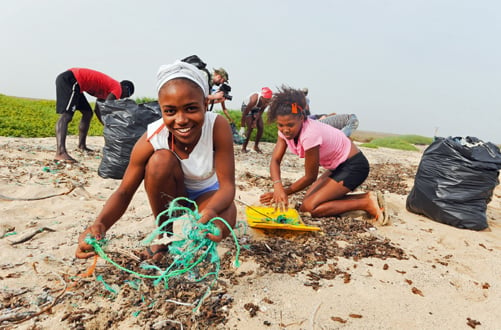 Though the islanders rarely need an excuse to come together and socialise, Maio’s next generation is impressively enthusiastic when it comes to restoring pride to their natural environment, and are more than aware of the bigger problem of plastic pollution and its impact on the sea. 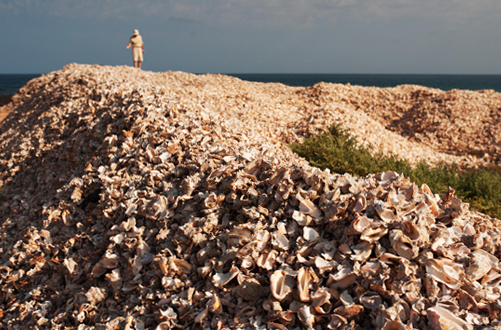 Conch fisheries have existed for centuries here, but with increasing demand for this luxury food, FFI and FMB are investigating just how sustainable the fishery is. 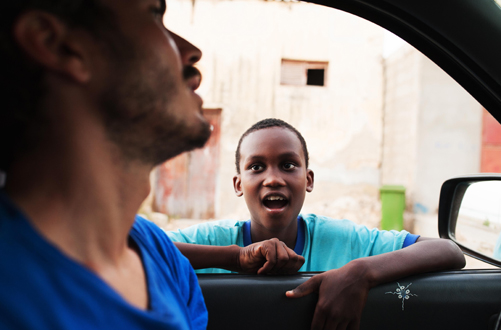 Marcel epitomises everything that is amazing about Maio. After attending a talk about marine mammals at his local school (hosted by FMB), he has been turning up at their offices on a daily basis to volunteer. Even when not needed, he keeps an eye on the ocean for passing whales, and reports in enthusiastically each time he spots one.

Seeing these strong relationships between conservationists and islanders, and witnessing the passion that Maio’s people have for their natural environment gives me much hope for the future of this remarkable island, its people, and its natural environment.

Jeff Wilson is a freelance photographer and wildlife film-maker based in Bristol. After training as a biologist, Jeff joined the BBC’s Natural History Unit and over the course of the next 13 years he covered stories in 43 countries, on all seven continents for the series Life of Mammals, Natural World, Planet Earth and Frozen Planet. His photography has been published in all the major UK papers and he is a regular contributor to BBC Wildlife Magazine. Jeff is currently directing a feature film based in Sri Lanka.