Oustalet’s or Semliki? That is the question. It may not be on everyone’s lips, but it’s uppermost in the minds of conservationists after a rare red colobus monkey triggered a camera trap several hundred miles outside its known range.

The image was captured in a remote forest in South Sudan as part of the extensive and ongoing camera-trap surveys that began in 2015 as a collaboration between Fauna & Flora International (FFI), Bucknell University and the South Sudanese government.

Even for seasoned primatologists, Oustalet’s red colobus – the Central African version of these acrobatic, fiery-coated monkeys – is a riddle, wrapped in a mystery inside an enigma. A remarkable 20 subspecies of this highly variable species have been described, according to The Kingdon Field Guide to African Mammals.

These include the version known to its close friends as the Semliki red colobus, named after the river valley in Central Africa where an isolated population was first recorded, and which may or may not turn out to be a separate species.

While the experts are grappling with the complexities of colobus categorisation, there is no doubt that the monkey caught on camera represents a very exciting discovery, whatever the uncertainty surrounding which species or subspecies actually appears in the image.

Oustalet’s red colobus – named in honour of a nineteenth-century French zoologist – is officially categorised as Vulnerable on the IUCN Red List, but is described as ‘possibly extinct’ in South Sudan, which lies at the extreme north-east of its range.

Most of the known populations elsewhere are widely scattered and typically confined to remote, seldom visited areas. This could explain why an apparently extinct monkey has remained undetected for so long before its cover was blown by a camera trap.

On the other hand, if – as the experts are speculating – the primate in the picture turns out to be the little-known Semliki red colobus, we have incontrovertible proof that this monkey occurs well beyond the previously accepted limits of its geographical range.

Either way, this is momentous stuff.

The latest photos, including the snapshot of the red colobus, are helping conservationists to compile an inventory of the previously undocumented species lurking in what is a relatively unexplored corner of Africa. The online citizen science platform, Zooniverse, is enabling the analysis of over half a million separate images captured by camera traps in this wildlife haven. 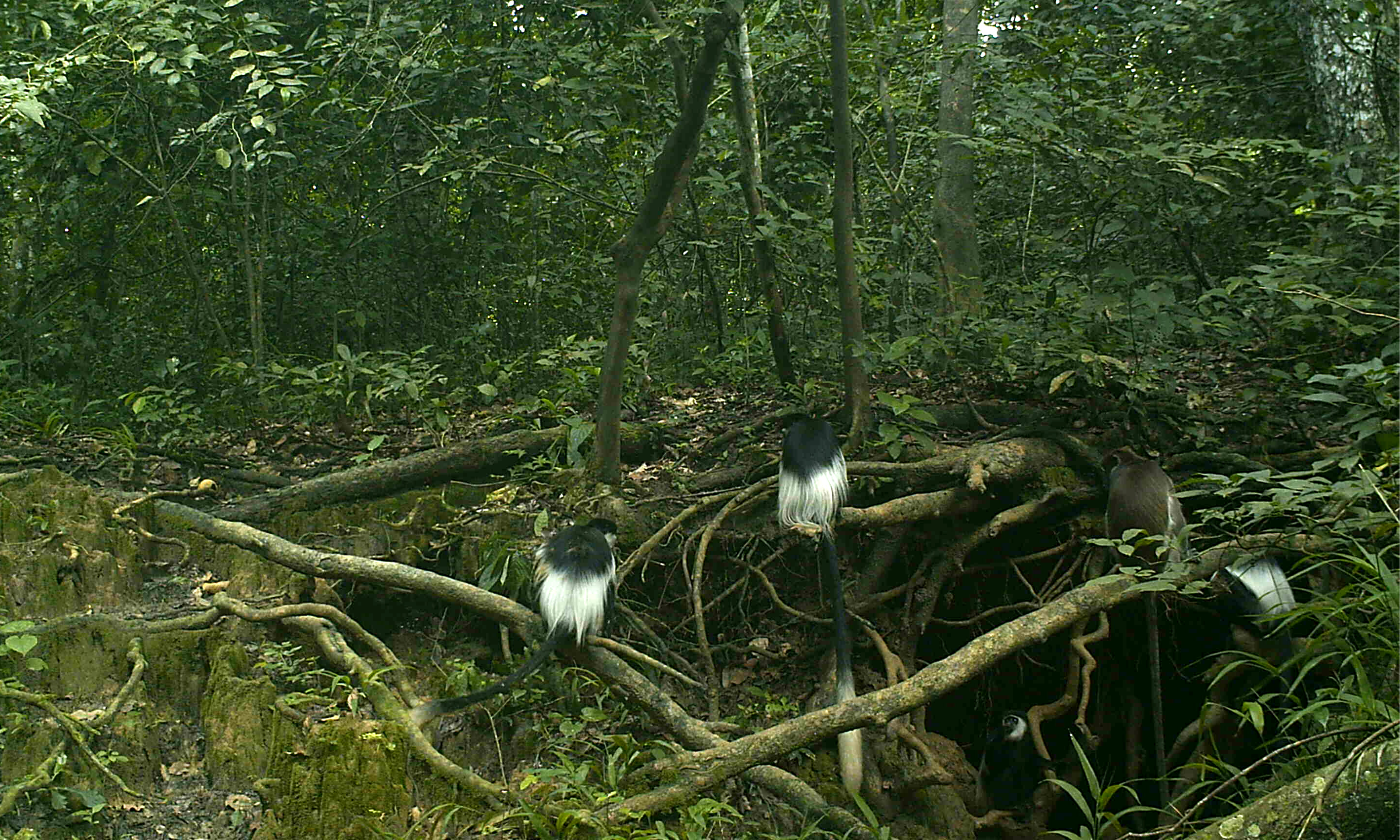 FFI has been a constant presence in South Sudan for the past decade, despite the civil unrest that continues to blight the country. Focusing our efforts on the region of Western Equatoria, we are working closely with communities and government officials in order to build bridges, defuse conflict and secure commitment to a common conservation goal.

Decades of conflict have devastated lives and livelihoods – and wildlife – in what is now South Sudan. At the time of writing, a transition government has just been formed, sounding a note of hope for the future.

Mercifully, the biologically rich forested landscapes that lie within the 14% of the country that benefits from formal protection have remained largely unscathed. In particular, the band of dense tropical forest running along the border with the Democratic Republic of Congo in the south-west of the country harbours an exceptional range of species.

Its remarkable diversity is due largely to the fact that this tropical belt lies at the eastern edge of the Congo Basin, at the point where Central and East Africa’s respective assemblages of animals and plants collide and coalesce.

It is also the only region in South Sudan where the red colobus occurs, along with nine – possibly ten – other primate species, including the endangered eastern chimpanzee. 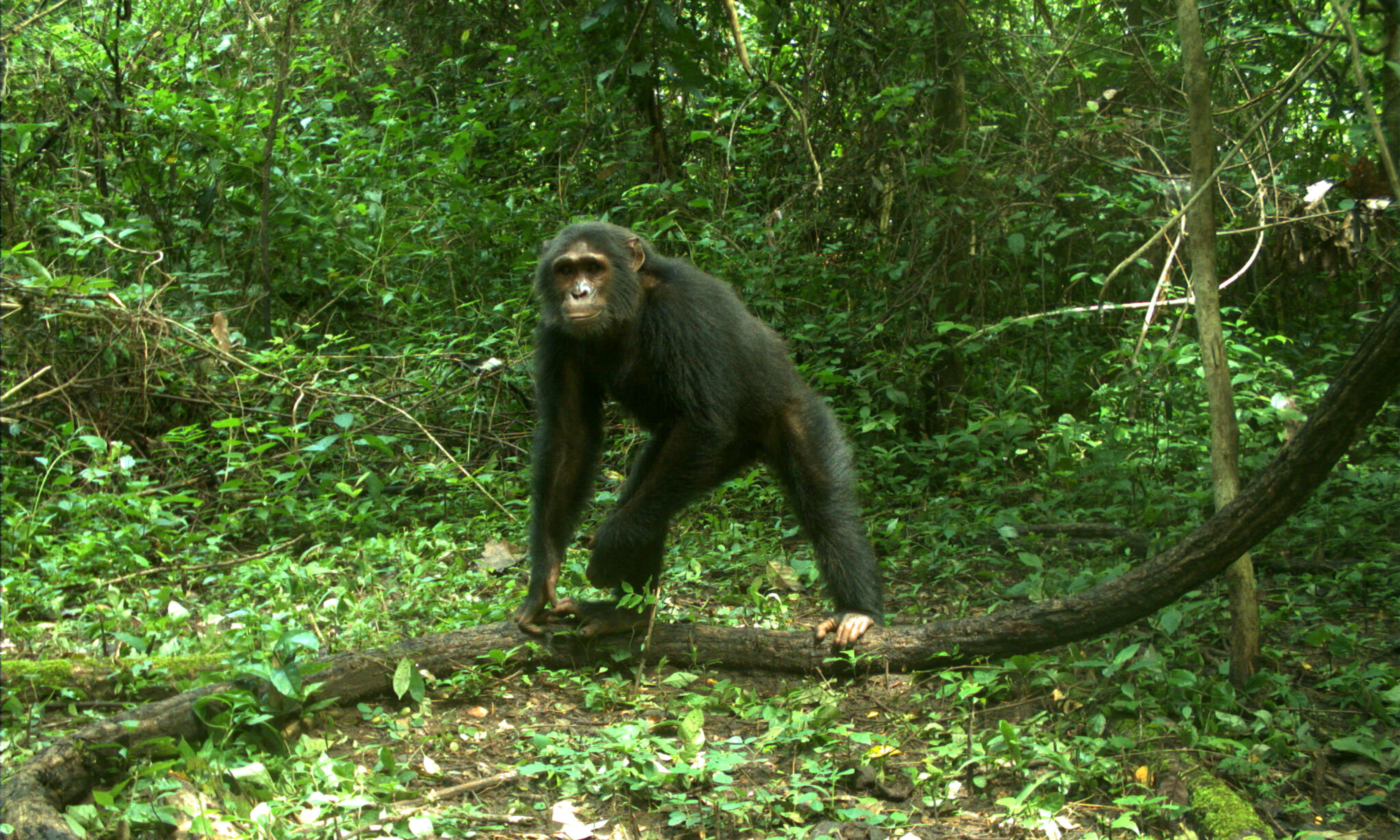 Wildlife trafficking and the bushmeat trade, combined with poaching pressure resulting from food insecurity, are putting numerous species at risk.

There is an urgent need for further investigation into the extent to which the red colobus and other threatened primates are targeted for bushmeat. In the meantime, the combination of regular patrolling and camera trap footage will help FFI and partners to build a clearer picture of this monkey’s distribution and likely population size.

The red colobus revelation is highly significant, but is by no means the only secret laid bare by the coordinated and comprehensive camera-trapping campaign. The protected areas where the motion cameras have been deployed and where patrolling has focused are evidently vital strongholds not only for this red-listed red colobus and other primates, but also for African golden cats, forest elephants and a range of threatened antelopes including yellow-backed duiker and bongo. 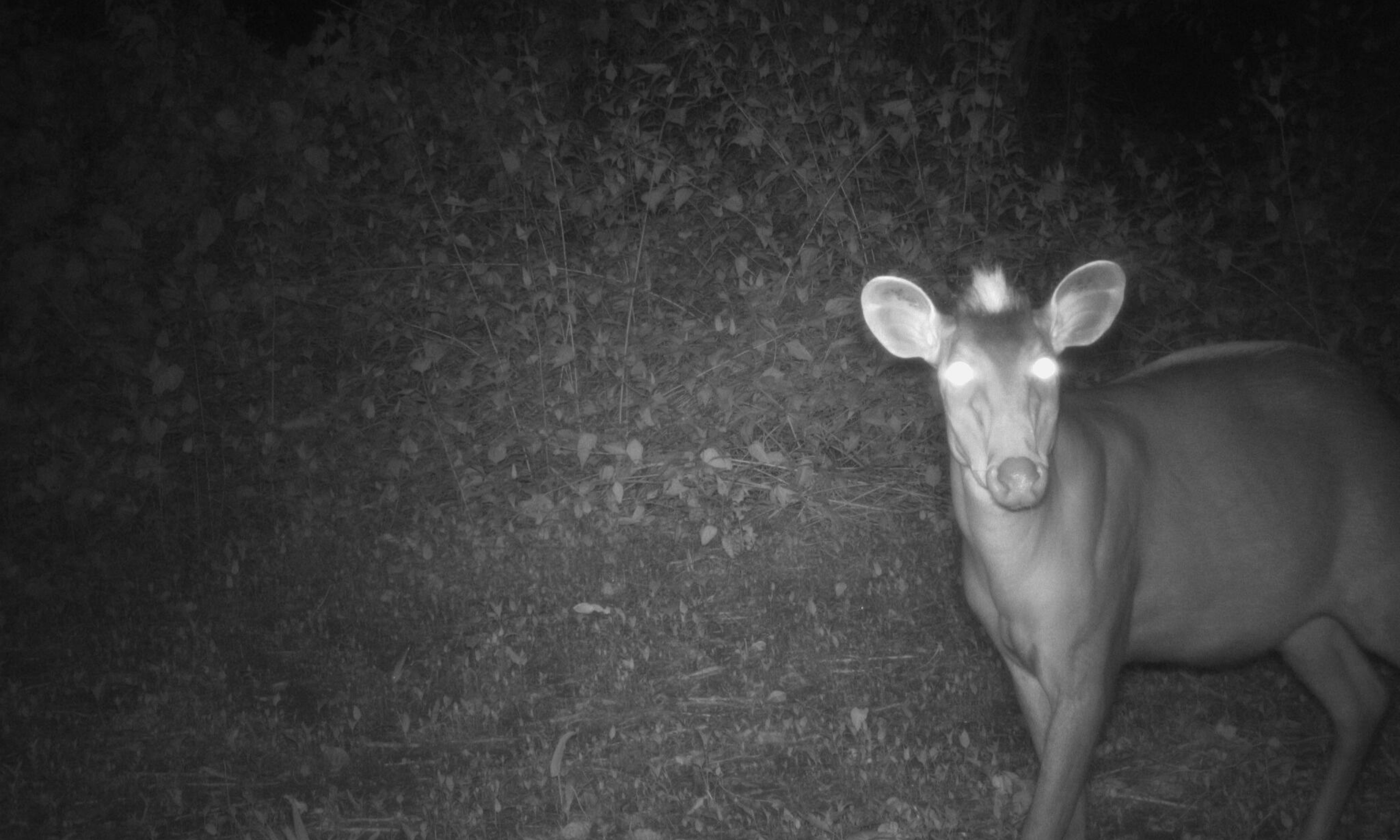 Watch this space for further fascinating footage from one of Africa’s most neglected wildlife hotspots.

As the pace of technological change continues to accelerate, our challenge is to channel these developments into positive outcomes. Learn more about how we are harnessing technology for biodiversity.