Whether idly spinning a globe, poring over a nautical chart or whizzing around Google Earth, you could be forgiven for thinking the world has been mapped almost down to the last little rock. The days of “Here be dragons” and continental expanses of deepest, darkest unknown are unthinkable in the digital age.

Modern map-making has evolved into a sophisticated field encompassing a wide range of technology and expertise across scientific disciplines. But whilst mankind may have reached even the greatest depths of the oceans, and satellites deliver images from space in enough detail to pick out a penguin, there is more to map, and so much more to maps…

The advent of GIS

Since the earliest days of conservation, maps have been an essential tool; you cannot protect species and habitats unless you know where they are. The first map to feature in Fauna & Flora International’s journal, showing nature reserves in central Africa, appeared in the very first edition in 1904, by which time we had already come a long way from the vast, blank interiors of the African continent.

For much of the 20th century, maps in conservation bore close resemblance to those of exploration – a means simply to show where things were: be it the path of a river, the extent of a forest, boundaries of a reserve, or perhaps sightings of a rare species. 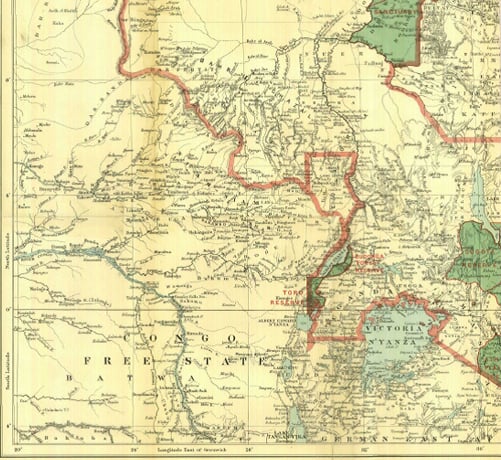 The map that appeared in the very first edition of Fauna & Flora International’s journal. Credit: FFI.

The advent of Geographical Information Systems (GIS) in the early 1960s changed all that. Originally developed in Canada as a means of urban planning at regional scales, GIS brought the power of the computer to the collection and analysis of data, allowing us to understand, interpret and visualise spatial and temporal relationships. 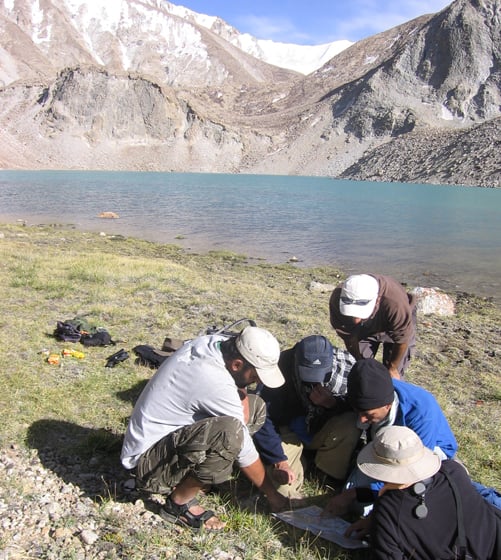 GIS has revolutionised survey work in even the remotest locations. Credit: Alex Diment/FFI

The possibilities of GIS soon became apparent and began to creep into all walks of life, including conservation. The first instance of GIS being mentioned specifically in Oryx didn’t come until 1992, by which point cardpunch computers the size of dinner tables had given way to the desktop computer.

Data didn’t have to come just from the field anymore; the era of remote sensing meant they could come from the skies too. The door had been opened wide for more and more conservation scientists to look at species, habitats and the environment in a whole new light.

GIS didn’t just facilitate the creation of maps; it enabled the data behind them to be combined, analysed and queried.

It’s not about making maps. It’s about asking questions of maps

GIS has been a commonplace tool for conservationists now for the best part of 25 years. It is much more than a means to make maps. It allows us to look at scenarios, ask questions about species and the landscapes they live in, and approach complex issues that are, by nature, spatial. It is an analysis tool that helps us to visualise problems and communicate our findings.

GIS allows us to use maps as a vital tool to assess the world we live in and make informed decisions in a variety of different ways. It is no longer just about “Where is…?” It is a question of “What if…?”

Whether planning protected areas, designing field surveys, modelling species distribution or valuing ecosystem services, GIS has a role to play in almost all of our conservation efforts.

In the steppe landscape of Mongolia, for example, GIS has been used to plan flight paths for aerial surveys that maximise survey area for the Endangered Asiatic wild ass, as well as analysing the resulting sightings captured in photographs across the landscape.

Meanwhile, a project in Myanmar will harness GIS to link survey sites with data and satellite imagery, helping to establish ecological baselines, explore impacts of activities and provide options for the sustainable management of fragile ecosystems.

And in places like Liberia and Cambodia, local staff are being trained in the use of GIS for forest survey techniques as part of REDD+ projects that aim to reduce deforestation through the development of carbon markets.

GIS in conservation has itself become a big beast and the field is constantly growing in new directions as practitioners get hold of new technologies and techniques.

Unmanned Aerial Vehicles, like those being trialled in FFI’s community conservation projects in Aceh, Indonesia (primarily as a deterrent to illegal loggers), are also seen as a means to put remote sensing technology for mapping into the hands of local projects in the near future. Meanwhile, the rise of cloud computing will allow us to track deforestation in near-real time at a global scale using satellite data and GIS.

Although cutting-edge technology has been fundamental to the success of GIS, this does not mean that the tool is only accessible to those who can afford expensive equipment. 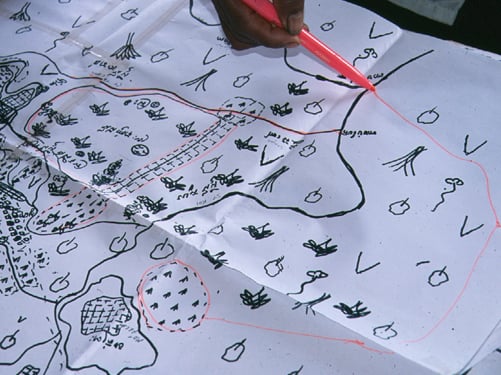 GIS can be as simple as overlaying maps drawn on paper, for example by fishers marking their grounds as a means of deciding how best to balance livelihoods with protecting natural resources, as in FFI’s work with coastal communities in Kenya.

Or taking a GPS device, loaded up with old Russian topography maps, out into the field in Tajikistan to plan the placement of camera traps for snow leopard surveys. The focus on GIS in conservation is increasingly as a participatory tool to help community-driven planning, harness local knowledge, aid decision making and promote sustainable growth. 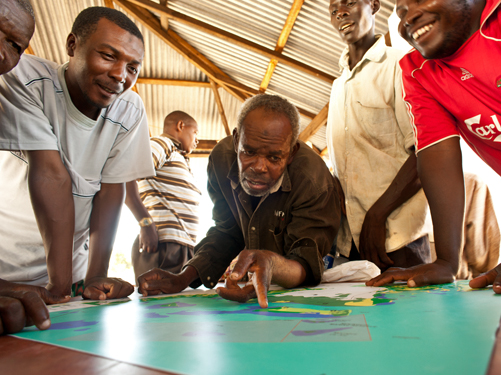 After all, GIS has effectively been around a lot longer than the computer. Charles Picquet and John Snow applied the fundamental concept of spatial analysis in their hand-drawn maps of cholera outbreaks in the mid-1800s. No matter what technological wonders may appear on the horizon, the most important pieces of kit are, and always will be, people.

Edited extract taken from the December 2013 issue of Fauna & Flora magazine. You can receive our magazine annually by joining Fauna & Flora International today.