More than just a tree hugger 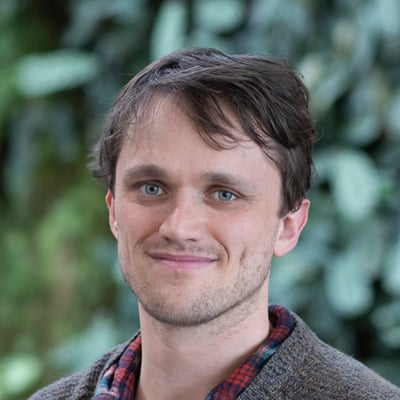 Four years ago, after finishing a spell abroad in Paraguay, my own fascination with biodiversity had become fully fledged. As a research intern just out of university, I had spent an immensely rewarding three months surveying various species of frog found in the forests of San Rafael National Park.

Although my efforts were initially focused on my research, I couldn’t help but become captivated by the other life forms on show around every turn of the forest trail. In between encounters with different species of bird, snake, insect and spider, I pored over guidebooks, learned species names and pondered over what each of the thousands of species found in this one forest must do to live their vastly different lives.

Of course, I never came close to understanding the nature of these countless species, but I am glad I took the time to get to know their differences – the memories I have of Paraguay are all the sweeter for it.

Can’t see the trees for the forest

I must confess however that my memories of Paraguay’s different trees are not so vivid. Indeed, if I try to summon a species of tree to my mind from my time in Paraguay, a hazy and generic image of forest appears.

I suspect that I am not alone in this respect. The importance of forests in general is clear, yet it is easy to overlook the vast differences between the tree species that shape the habitats we hold dear. 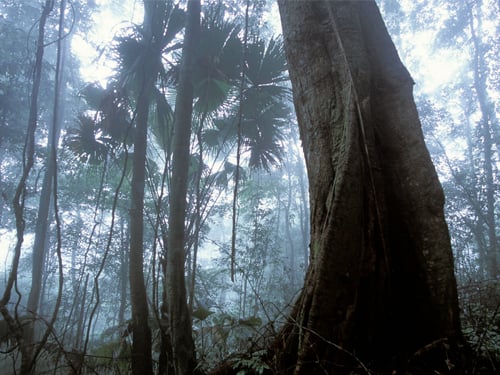 For most people trees are synonymous with forest, so we often fail to appreciate the value of individual species (credit: Jeremy Holden/FFI).

Whether we are scrambling up the Virunga Mountains to exchange a sideways glance with a gorilla, or trekking in Madagascar to catch sight of a sifaka, the full cast of trees play a supporting role to the stars of the show and are often downgraded in our minds’ credits to mere extras.

Not all trees are equal

I believe my own earlier indifference towards different types of tree stemmed from the difficulty I had identifying one species from another. Indeed, identifying trees requires patience and a keen eye for detecting differences in flowers, leaves or seeds, which are often positioned tantalisingly out of reach and out of sight in the upper layers of the forest canopy.

Yet, if you take the time to learn about trees, apathy soon turns into admiration. There are close to 100,000 tree species on our planet; become acquainted with just a few of these and their differences in appearance and way of life become striking (and, in some cases, truly spectacular).

There are many good reasons to familiarise oneself with the trees of the world. For one thing, each species supports a different array of wildlife. Some, such as the immensely important fig trees, dictate the pace of forest life by providing ample fruit, all year long, for primates, birds, bats and more.

Others have symbiotic relationships with their animal kin; baobab trees found on Madagascar for example produce prodigious amounts of nectar for flying foxes in exchange for pollination. In other cases the dependence is more marked – in tropical forests for instance, there can be up to 30 different insect species entirely reliant on one type of tree. Understanding trees informs our work to conserve other wildlife. 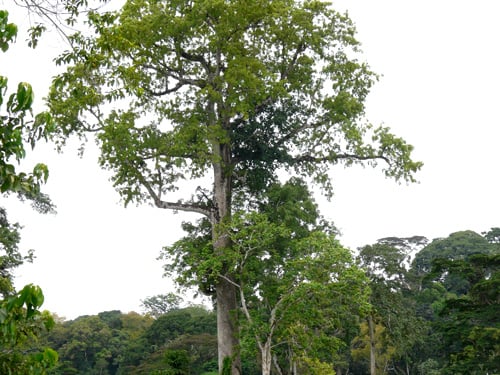 Although its timber is fairly useless, the ceiba has great cultural significance in Equatorial Guinea, where it is the national tree (credit: David Gill/GTC/FFI).

Then of course the various species are valued by people in different ways. Giant trees from the dipterocarp family dominate the Southeast Asian forest landscape, but while some species are valued for their high quality timber, others produce resins that are used as incense or as a boat varnish. One type of dipterocarp in particular has a strong cultural significance, for it is told that the Buddha was born on a riverbank amongst its forest groves. So, understanding trees can also help to inform the ways we support the livelihood aspirations of local communities.

The last good reason to get to know about trees is for us to do so before they disappear. Currently 8,000 tree species are threatened with extinction – more than any other taxonomic group – and most of the others are yet to have their conservation status evaluated. Whilst the protection of forests is at the forefront of much of what we do in conservation, wouldn’t it be a tragic irony if, by not paying attention to detail, we managed to save the forests but lose the majority of endangered tree species?

Fauna & Flora International is working together with Botanic Gardens Conservation International to support tree conservation through the Global Trees Campaign (GTC). By working in collaboration with local partners in priority countries (where the number of threatened trees is highest), the Global Trees Campaign is using a number of innovative techniques to bring tree species (from the last Araucaria pines of Brazil to the Zebrawood trees of Cameroon) to the forefront of conservation.

Through the work carried out by GTC we have come across a huge number of extraordinary trees whose remarkable stories are seldom told. As part of GTC’s efforts to raise awareness of threatened trees we’ll be publishing a series of blogs on Fauna & Flora International’s website, covering the incredible tales behind the now precarious existence of some of our favourite trees.

Want to read more? Take a look at the second instalment, in which Richard Jenkins from IUCN shares his fascination with Madagascar’s bewitching baobabs, or the third instalment in which David Gill explains why it was such a thrill to see the African zebrawood.