How long have you been involved with FFI?


I’ve been a member of the FFI Council for about three years, but obviously I was aware of the organisation’s work much earlier, even as a child when I was beginning to develop an interest in conservation. When I became more involved in the field professionally it was one of the partner organisations that I worked with during my time with BirdLife International. As a tropical forest campaigner with Friends of the Earth I worked with FFI on rare timbers, among other things. So it’s an organisation that I’ve known for a long time, and one that I’m very proud to be involved with now as a council member.

What drew you to FFI?

There are a number of things that I find very inspiring about FFI. Firstly, it is a conservation organisation that focuses on conservation and doesn’t put a disproportionate amount of effort into its brand or into marketing. It concentrates on the job of averting the extinction of rare animals and plants. I think that comes through in the way it deploys its resources on the ground. It is willing to get involved with species that may not be very good for fundraising – such as reptiles and other animals that are not the classic charismatic megafauna – and with less familiar ecosystems. I think this is one of the most important facets of conservation, because the mass extinction going on right now involves species and habitats that most people may never have heard of. So it needs a conservation organisation to champion them and FFI does it extremely well. Its slogan ‘Innovative conservation’ is, I think, absolutely right, because if we are going to be able to do what’s needed to avoid this catastrophic loss of biodiversity over the coming few decades we’re going to need real innovation. 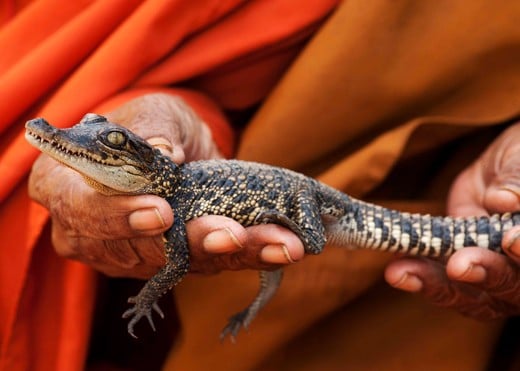 Siamese crocodiles are among the many less familiar species that FFI is working to protect. Credit: Jeremy Holden/FFI.

What did you hope to achieve by writing What’s Really Happening To Our Planet?

The main idea behind the book was to pull together all the contributory factors that are changing the outcomes for life on earth – population growth, economic development, urbanisation, technological trends, the rising demand for food, water and energy – and to highlight the consequences and, broadly speaking, what to do about it. If there’s one message that is crucial for the world to understand, it’s how we’ve done relatively well in addressing social challenges – access to water, malnutrition, education, but we’ve done disastrously badly in managing the environmental ones. As we’ve managed to improve human conditions at an aggregate level, we’ve caused quite serious damage to natural systems. What’s Really Happening To Our Planet presents people with the data and poses an unspoken question: is it really a good idea to carry on as we are now? I’ve tried not to make any value judgments. I’ve simply laid out the information for people to make up their own minds. And I hope a few minds will change as a result.

During the course of your research, did anything stop you in your tracks?

There was one particular ‘Oh my goodness!’ moment. The little histogram buried on page 149 shows the relative proportion of biomass in terms of wild vertebrates living on land – mammals, birds, reptiles, freshwater fish – compared to humans and domesticated animals. Ten thousand years ago wild animals comprised 99.9% of vertebrate biomass on land. Today humans and their animals account for 96%. And when I walk around Cambridge and the surrounding area I wonder whether even that might be an underestimate! 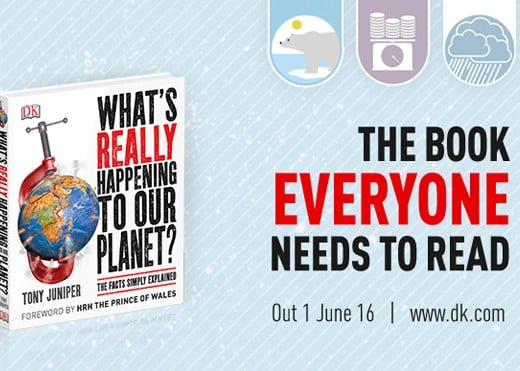 What’s Really Happening To Our Planet?

Did your own view on the long-term prognosis for our planet change during the course of writing the book?

We’re dealing with quite a challenging set of upward, almost vertical, curves here, so you’re left thinking that this is not a great situation from the point of view of being able to deal with climate change and all these other issues that we have to sort out. But if you look at the technologies that are available, at the new frameworks that have been established, such as the Sustainable Development Goals, and the Paris agreement on climate change, you realise that everything we need both in the political sense and the technological sense is already there. So this becomes a question of political will. And that in turn comes back to what the people think and whether all of us as voters are going to require our politicians to do something about this very quickly. That’s where public awareness comes in, which is why I write books like this one.

We don’t know what will happen. But I do think it’s incumbent on the people who do this kind of work to be relentlessly optimistic, because the shortest route to certain failure is going to be pessimism and the idea that there’s nothing that can be done.

Tickets are now on sale to join Tony Juniper on Tuesday 11th October at The Royal Geographical Society in London to find out “What’s really happening to our planet?”