Mining copper amid glaciers in the Chilean Andes 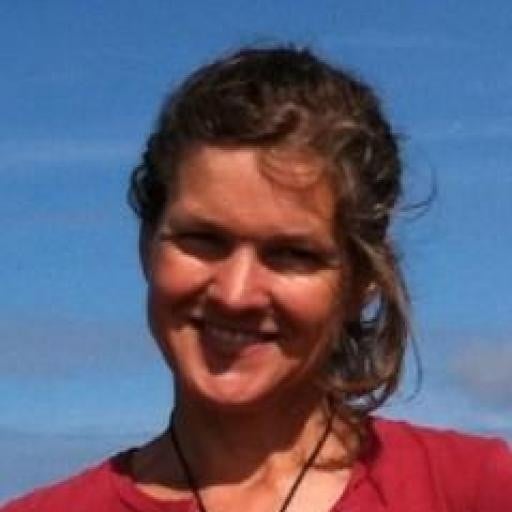 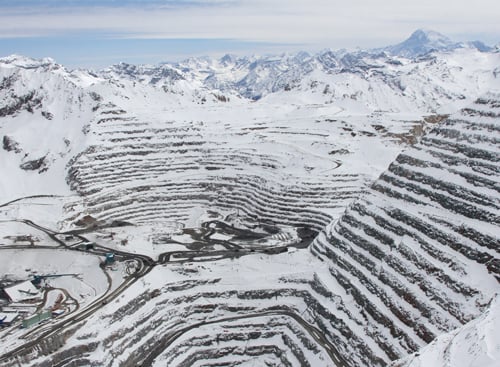 Los Bronces mine in the Chilean Andes. Credit: Pippa Howard/FFI

This week’s TIME magazine shares a series of photographs of melting and retreating glaciers from northern Greenland, British Columbia and Iceland.  I have just returned from Chile, where glaciers are rapidly shrinking high in the Andes Mountains. These glaciers provide an essential ecosystem service to Chile through the provision and regulation of fresh water. Over the past 3 years, the country has experienced record drought – particularly in the central regions where Chile’s enormously productive and economically indispensable agriculture industry is based. Glacier and snow-melt source the high Andes watershed, which feed the river systems that eventually reach Chilean vineyards, fruit orchards and cereal crops. In spite of the drought, water from these mountain glaciers has allowed business to continue as usual.

This past week, Fauna & Flora International (FFI) visited Anglo American’s Los Bronces copper mine where ore is extracted between 3,000 and 4,500 metres above sea level (above 10,000 feet). This is one of the world’s largest and highest grade copper ore bodies. It is also one of the highest mines in the world. Copper has been mined here for 200 years and there is sufficient copper to continue mining for at least another 200 years. The ore body extends deep into the mountains, exposing periodically where glaciers have cut the rock away. 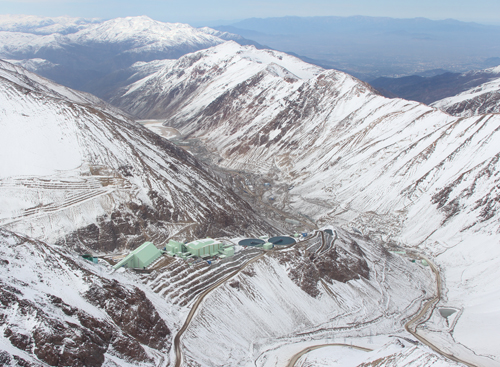 The San Francisco Valley from the air. Credit: Pippa Howard/FFI

Los Bronces lies within the San Francisco valley, adjacent to Dolores and El Plomo valleys. The mine has completely altered the San Francisco watershed – with a huge stoped hole, massive waste rock dumps, and an old tailings dam. The El Plomo valley has been carefully explored, while the Dolores valley, which holds a water storage facility for the operation, lies in between, its fate uncertain.

The Andes high alpine wetland system provides water to Santiago and to vineyards and farming communities in the surrounding countryside. Sophisticated water management systems have been created to divert water around the mine to ensure that water from San Francisco valley can flow downstream uncontaminated by mining. The water needed for mining operations is pumped from the northern Aconcagua Basin (Riecillos valley), and from different intakes in the San Francisco basin, but it is also recycled from Las Tórtolas tailings.

There is a zero discharge commitment and all the process water is recycled in the operation, therefore, the fresh water from Riecillos and San Francisco valleys is used to compensate losses from evaporation, infiltration and retention in the slimes and in the concentrate. Fresh water is used in the copper-rich slurry that is piped 56 km to a concentrator and tailings facility located 3,500 m below on the plains north of Santiago. A water circulation process at these facilities maintains a neutral water balance and water is kept out of the mine pit. Through this water management system clean and “dirty” water are not mixed.

Mining operations at Los Bronces have essentially destroyed the functioning of the head of the San Francisco watershed. Activities in the Dolores and El Plomo valleys have, however, been specifically designed to avoid disruption to the natural ecosystem function of these valleys. To this effect, pipelines have been constructed using design and technology to determine routes that avoid negatively impacting wetlands and enable natural sea pitch into ground water. 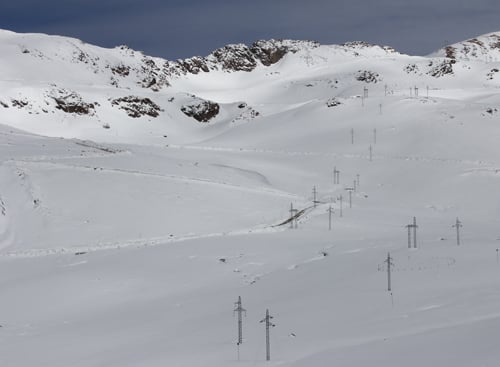 The water pipes, which do not follow the power lines, were constructed along a path that minimises negative impacts. Credit: Pippa Howard/FFI

One of the most important sustainable water management measures at the mine has been to develop a greater understanding of the role that glaciers play as a source of water for the wetlands, which then gently feed water into the rivers. The inconspicuous and fragile alpine wetlands act as a sponge, and although they are not highly biodiverse they have high endemism and are critical habitats for the ecosystem services they provide. During the summer months, glaciers bleed water into the wetlands providing a constant supply of water to quench the demand of downstream users. During drought, the glaciers act as a water store, maintaining water availability for millions of users.

For a mining operation, glaciers are dangerous and unpredictable impediments to development. Both grey and white glaciers overlie Los Bronces and the surrounding ore bodies which hold hugely valuable resources. Chilean legislation currently prohibits the destruction of glaciers – for good ecological and biophysical reasons! Even the glaciers lying in the path of large mining operations are protected. However, studies are now underway to better understand and predict future glacier dynamics in the mountain-scapes surrounding Los Bronces. Will mining have access to the land uncovered as glaciers retreat? What will happen to the ecological value of glaciers and the ecosystem function they support? 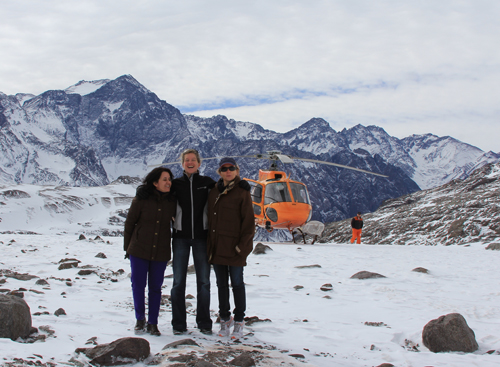 We worked with Anglo American this week to identify their dependencies and impacts on ecosystem services. Together, we recognised the extraordinary importance of water to the company and to all other water users in the region. We were able to recognize along the entire watershed profile the key habitats and species whose interaction with water provisioning and regulating services demanded their careful management and protection. We identified stakeholders who are co-dependent on their resources and began to understand some of the risks associated with the company’s operations and their role in the landscape. Thinking 20, 50, even 100 years down the track, we asked the questions which are hard to face: where will their water come from; what will the impacts of a changing environment be; and how might their licenses to operate, abstract water and harvest natural assets be constrained?

We did not get to any final answers, but we did, however, realise that solutions for the sustainability of both business and natural resources are entirely interdependent – and that we need to think about the unthinkable in order to do the necessary.

Anglo American – Copper have embraced an ecosystem services approach. The Chilean Government is in the middle of a process to integrate ecosystem services into their legislation. They now demand those impacting the environment to compensate their actions through biodiversity offsets. For a company, the push-pull tension between regulatory compliance and global best practice performance is generally won by compliance; often to a national rather than global standard. This is extremely disappointing. In Chile, I think we might finally have a context where regulation is catching up and will now lead best practice for the management of biodiversity and ecosystem services.