What motivates fishers to dedicate their free time and energy to look out for and report illegal fishing practices and help monitor and safeguard marine animals? For Filipovic Fernandes, a fisherman from Ribeira Dom João in Maio, one of Cape Verde’s lesser known but relatively unspoilt islands, it’s clear: “Because the Guardians of the Sea presented a project of patrols that we knew would benefit the whole island.”

Established in 2016 by Maio Biodiversity Foundation (FMB), local partner of Fauna & Flora International (FFI), the Guardians of the Sea initiative to which Filipovic refers is a locally led programme that seeks to improve protection for Maio’s marine environment by empowering local people, thereby creating a sense of ownership that would sustain this protection for generations to come.

Cape Verde is a biodiversity hotspot, supporting rich marine life. Megafaunal migrants including humpback whales pass through these waters every year and loggerhead turtles gather on Cape Verde’s beaches in their thousands. Also a vital nursery site for sharks and rays, the archipelago is a true gem of the Eastern Atlantic. 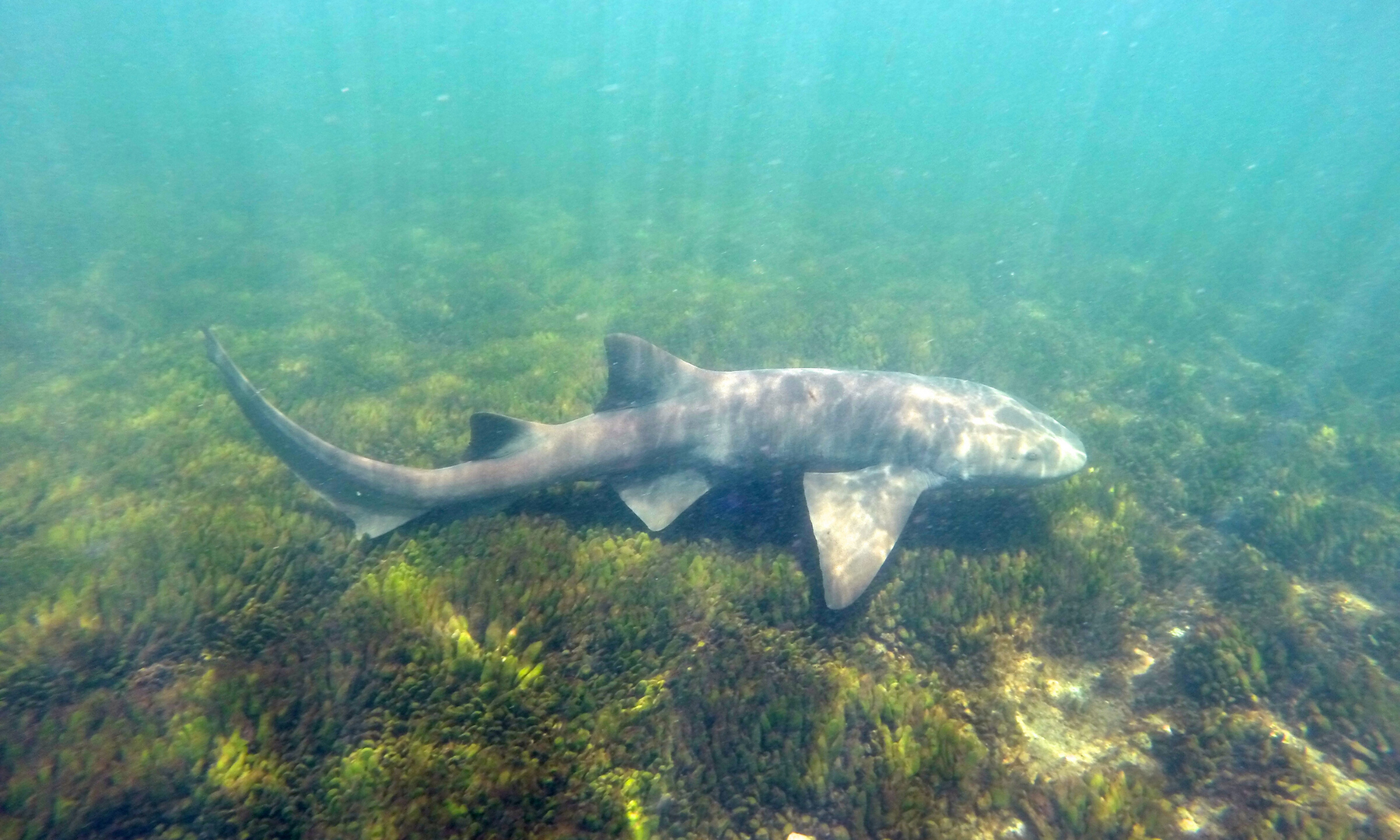 Cape Verde is not immune to the pressures facing much of the rest of the world’s marine life, however, as large-scale and destructive fishing practices and illegal capture of sharks and turtles threaten these finely tuned ecosystems. With limited government capacity to enforce environmental laws, FMB knew that they would have to think outside the box to find a solution to overcome these daunting challenges.

“Several fishermen were seeing illegal fishing practices, particularly turtle poaching, so the Guardians of the Sea programme began as a community approach to protecting turtles. We later expanded the project to include the monitoring of other protected species, as well as combating other illegal fishing activities,” reflects Sara Ratão, FMB’s Marine and Terrestrial Programme Co-ordinator.

The Guardians aim to deter illegal fishing and capture of endangered species and their patrols discourage fishing during periods when fisheries are closed to enable recovery and growth in commercial species, in time resulting in larger catches and higher prices. Alongside this, they step in and rescue injured or trapped animals, such as turtles that can become entangled in fishing nets.

This can be rewarding work, according to António Oliveira, a fisherman from Morrinho in Maio’s north-west: “I feel happy when I save a turtle and help prevent illegal fishing. Other fishermen and divers also respect the Guardians and are aware of our work. They are less likely to carry out illegal fishing activities if they know the Guardians of the Sea are around.”

Since the programme began, the Guardians have made over 2,000 trips, totalling nearly 10,000 hours of patrol effort – all voluntarily offered. Across these patrols, the Guardians have recorded 184 cases of illicit activities, the majority of cases being divers fishing illegally, and over 1,000 megafauna sightings. 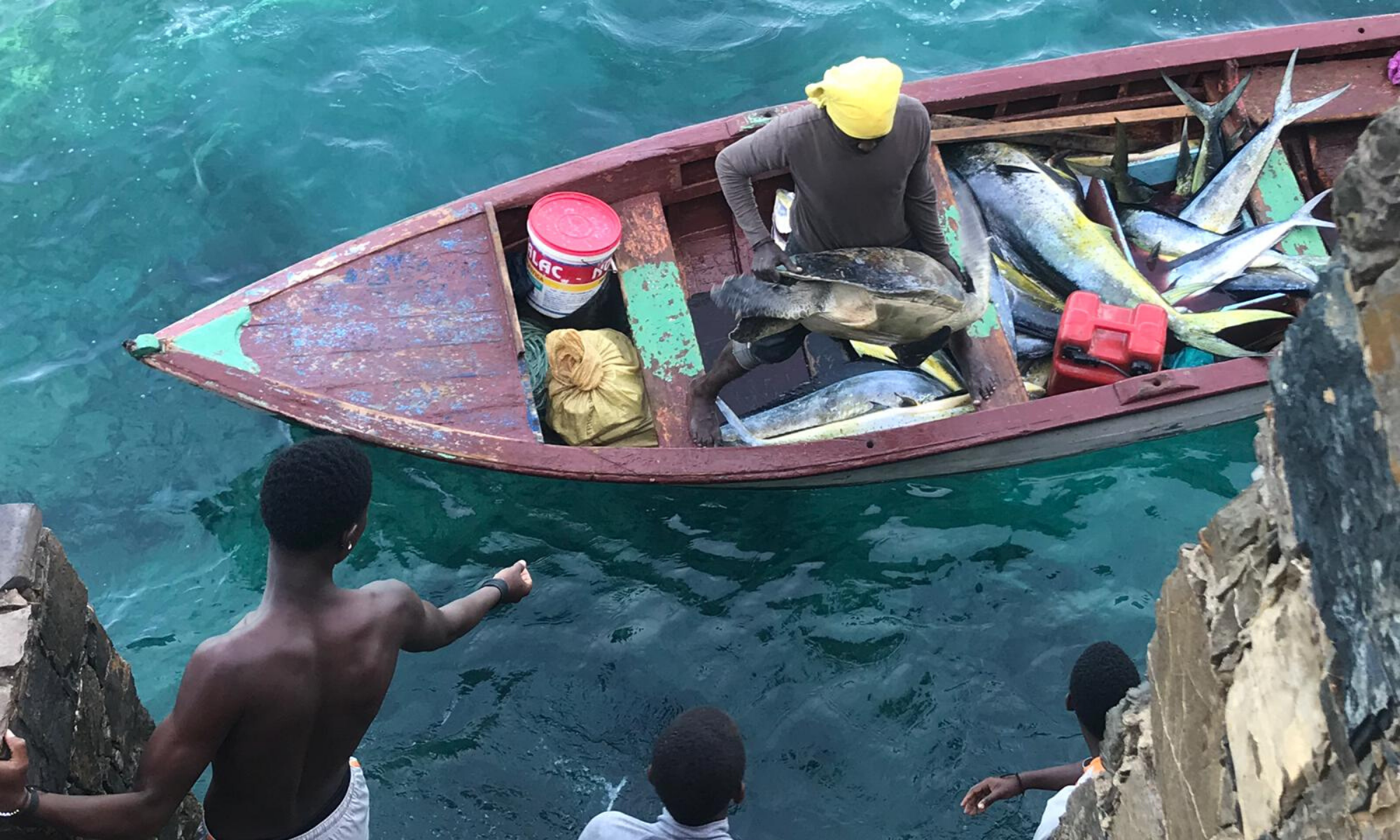 The programme has grown to a 20-strong group of fishermen who go above and beyond during their daily fishing work. Alongside the ecological benefits, Marcelino dos Santos, a fisherman from Calheta on Maio’s west coast, appreciates the team effort: “It is a good project. I really like how these people face this project and I also like how Sara co-ordinates the project.”

The Guardians of the Sea programme has been supported for many years by Arcadia – a charitable fund of Lisbet Rausing and Peter Baldwin. The initiative is so successful that it is now being replicated by other local NGOs and the Cape Verdean government on Sal and Boa Vista islands, with plans to expand even further.

The Guardians’ success is reflected in FMB’s own efforts to protect Maio’s marine species. Loggerhead turtle poaching has decreased from 43% to less than 7% in five years and the organisation’s ongoing research programme collects data to better understand turtle behaviour and the threats they face in order to better protect them.

Although things are certainly moving in the right direction, the Guardians’ work is not done: “Our greatest challenge we face is the issues with illegal divers [fishing with dive tanks] and semi-industrial boats [which are not allowed to fish within three nautical miles of the coast as the area is reserved for artisanal fishers],” says Alexandrino Cardoso, a fisherman in Barreiro, a community in the south of Maio.

And, like the rest of the world, Maio is currently affected by the impacts of Covid-19. Alexandrino said: “It affected us a lot in fishing and selling our fish. We were all quarantined and it ended up impacting us a lot.” Some of the Guardians were still able to patrol, however: “At a fishing level, it affected me, yes but [Covid-19] did not affect my work as a Guardian of the Sea,” reported António.

At FFI, we are inspired by the Guardians’ unfaltering hard work and we respect their dedication to protecting Maio’s marine diversity. FMB has shown that, by coming together for a joint cause, we can achieve real impact for the natural world. 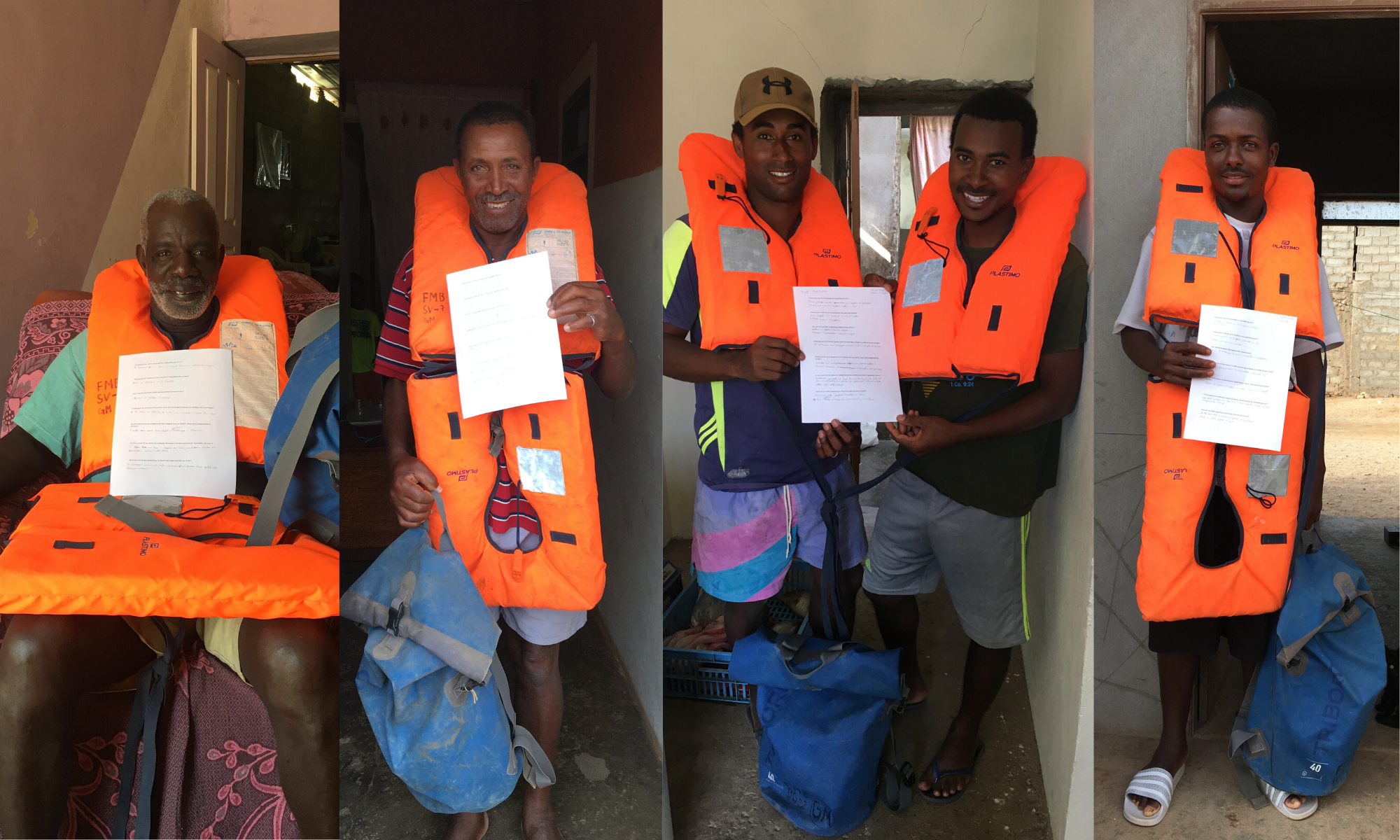 Cape Verde is recognised as a global hotspot for marine biodiversity, including over 20 species of whale, dolphin and porpoise, more than 60 shark and ray species, and five sea turtle species.