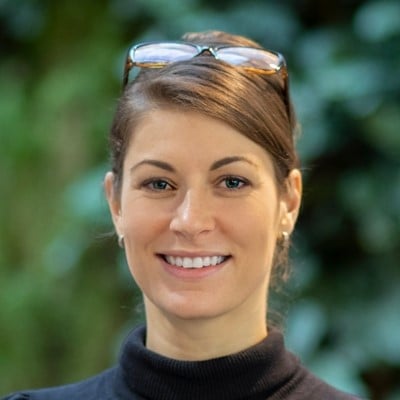 Michelle works with farmers, from smallholders to corporates, on strategies that help them to balance food supply needs with environmental and social sustainability goals.

It’s the end of a long, dry growing season. The earth is parched, soils have turned to dust and hungry birds have eaten the bulk of the crop, leaving next to nothing for the harvest. Perhaps expanding the field by cutting down nearby trees could help increase food supply? The soils there are full of nutrients and would offer a good chance of securing food for next year…

This is the reality that over two billion – yes, billion – smallholder farmers face around the world. Converting additional land to agriculture when existing land does not provide enough yield can often feel like the only option.

One alternative to land conversion is to add nutrients to the soil where they are depleted. In small gardens this can be done with inputs such as compost, but when we start looking at covering areas measured in hectares, chemical fertilisers are by far the most efficient and inexpensive way to replace lost soil nutrients, and thus they remain the preferred option for most farmers. Unfortunately, the addition of chemical inputs leaves the soil in a worse state once the nutrients have been taken up. But that’s not the only problem; the practice of using chemical fertilisers is also a significant contributor to global greenhouse gas emissions. 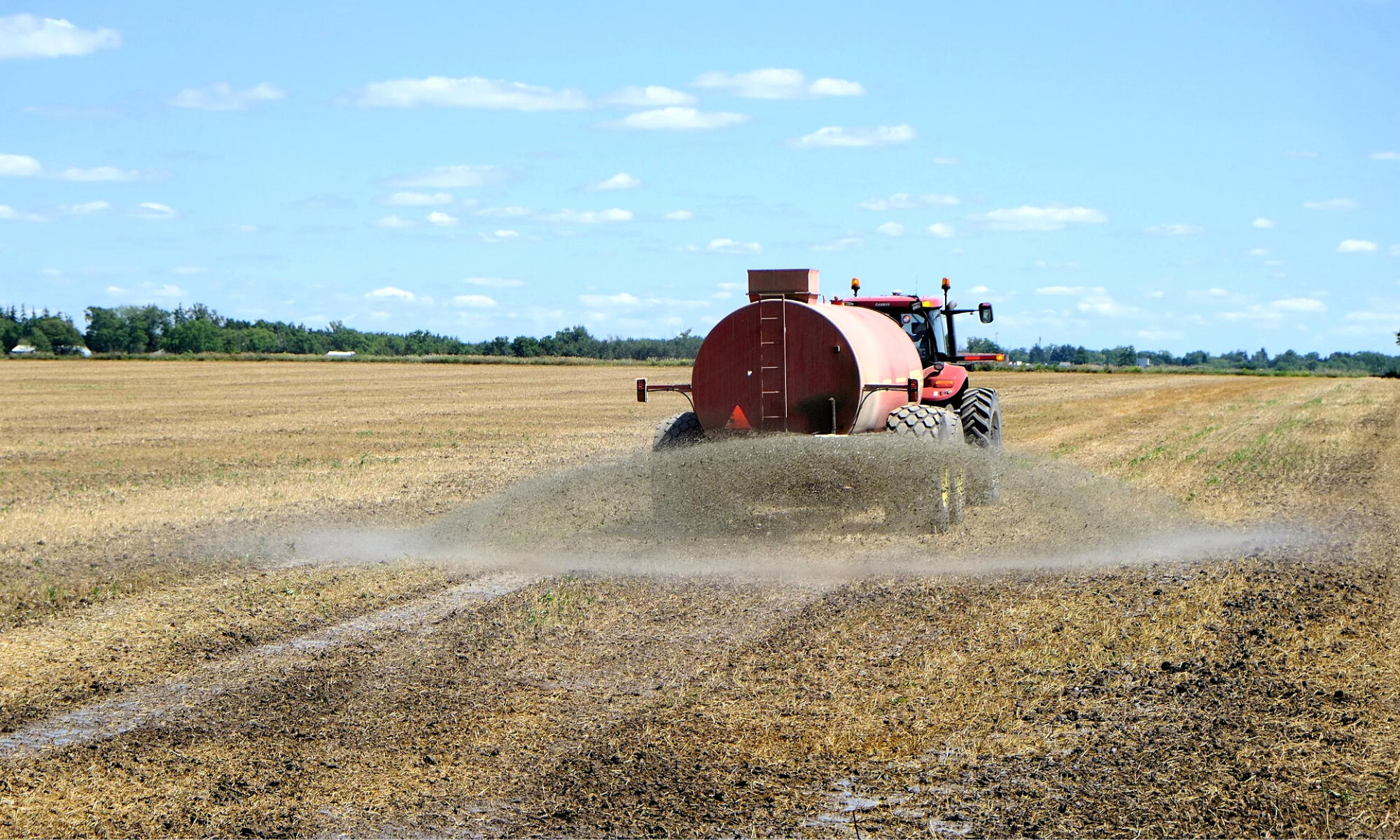 Chemical fertilisers are used around the world as a means to add nutrients to agriculture soils. Credit: pixel1/Pixabay

Due to both access and logistical constraints, viable alternatives to chemical inputs are not available to most smallholders in the developing world. While the fields of conservation agriculture, agroecology and regenerative agriculture present some low-cost options to allow food production that is compatible with conservation goals, these options involve large systemic changes to farming systems that risk-averse farmers can be reluctant to embrace. Farmers can slow the loss of soil nutrients via techniques such as erosion control, mulching and no-till agriculture, which reduce the need for chemical inputs, but do not eliminate it.

Alternatively, it is possible to make normally inaccessible soil nutrients available to plants. This can be achieved in a number of ways, and one interesting emerging area of study is in the association between plants and fungi. As it turns out, about 90% of flowering plants worldwide engage in a symbiotic relationship with a fungus that colonises root systems. The fungus amplifies and extends the range of the plant’s root system, allowing it to absorb previously inaccessible soil nutrients; in return, the plant supplies the fungus with the carbon it needs. These mutually beneficial fungal networks are called mycorrhizae, and it is now thought that mycorrhizal associations are what originally allowed plants to colonise Earth 450 million years ago – wow!

Where mycorrhizal associations exist, up to one kilometre of fungal filaments can be found per gram of soil. This dense network, capable of exploring a volume of soil a thousand times greater than that reached by the roots, brings more macronutrients to the plant – the same ones that you will find in most common chemical fertilisers. Not only that, but mycorrhizae also increase a plant’s ability to absorb vital micronutrients, such as zinc and calcium.

In addition to improved nutrient uptake, mycorrhizae confer bioprotective power on their host plants. The mycorrhizal network forms a protective shield against soil-borne pests and pathogens, enveloping the root tips and protecting them from attack. This, in turn, reduces the need for the application of chemical pesticides and fungicides. 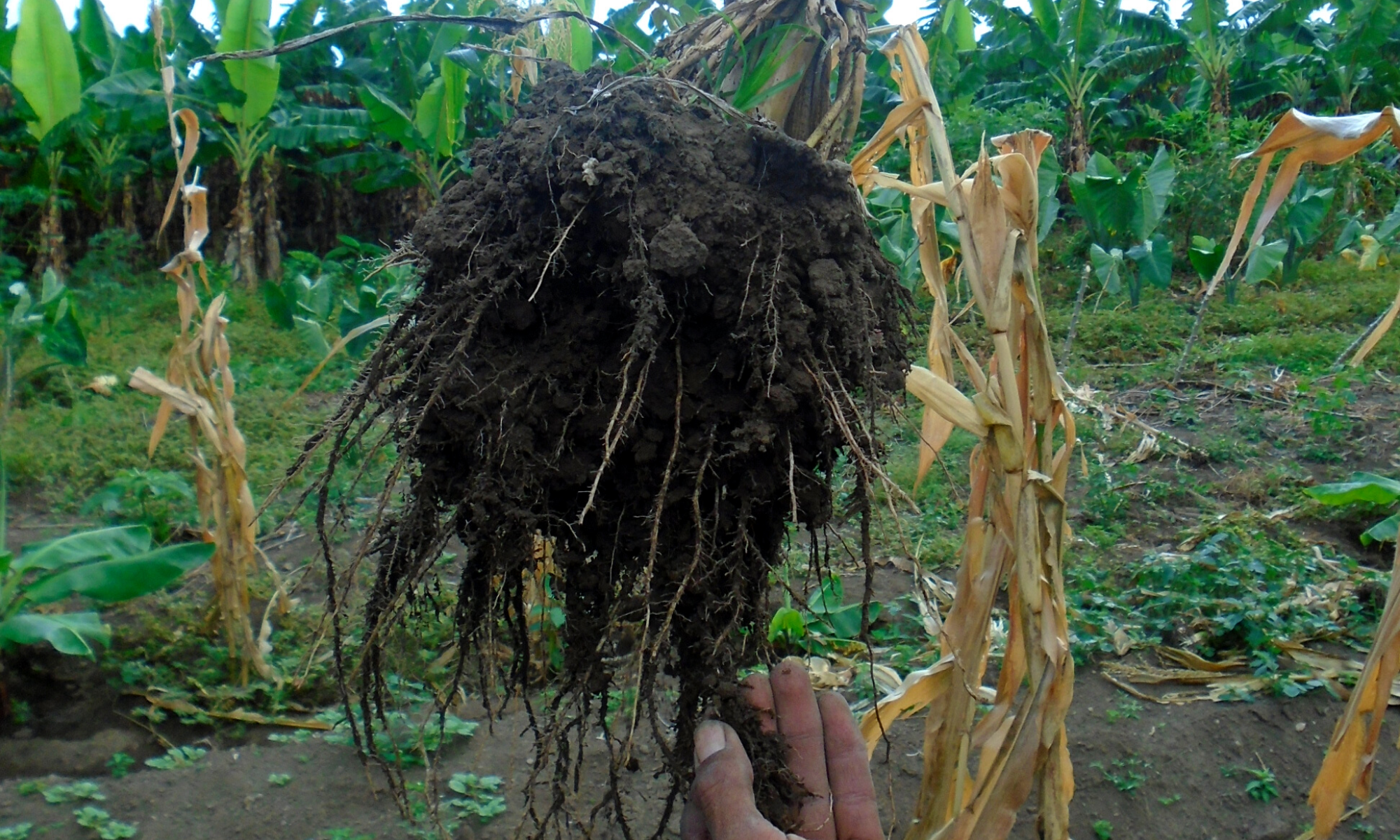 Mycorrhizae have the ultimate effect of increasing overall stress tolerance; a plant with colonised roots will be more likely to get the nutrients it needs, is less likely to suffer health effects from pests and disease, and also benefits from greater access to water via the increased size and reach of its root system. Overall, this results in improved yields and reduces the incentive for farmers to convert forest to agricultural land.

The cultivation of mycorrhizal associations is part of many traditional agricultural systems worldwide. On the island of Ometepe in Nicaragua, Fauna & Flora International (FFI) has worked with local partners and communities to revive the practice of collecting mycorrhizae-rich soil from around the base of certain forest tree species in order to amend agricultural soils for improved production. On seeing the dramatic improvements in terms of soil quality, water retention and fertility, Ometepe’s smallholder farmers have been increasingly motivated to cultivate naturally occurring mycorrhizae and apply these on their plots.

“We have greatly reduced the use of agrochemicals, which we consider good for our health, that of our family and for the environment.”

“Now that our income has increased, I can support my children to attend school.” 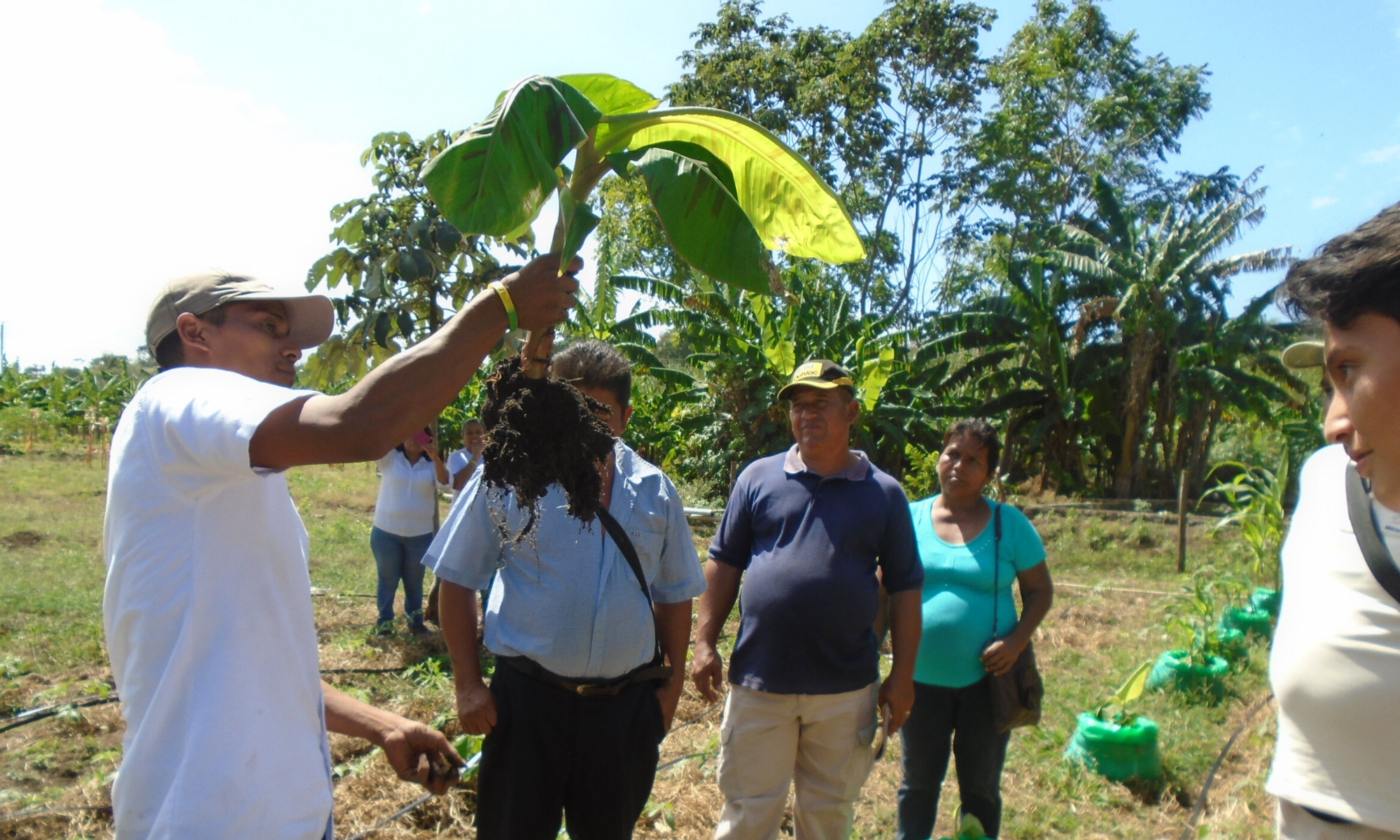 Teaching the benefits of mycorrhizae in Ometepe. Credit: Angelica Valdivia/FFI

Unfortunately, incorporating nature-based solutions is not always so straightforward. Many factors come into play when assessing the potential of any sustainable agricultural intervention. Although successful in attaining yield increases, using mycorrhizal fungi is significantly more time-consuming and labour-intensive than the simple purchase of agrochemicals, and this resource investment requirement will continue to prove a barrier for all but the most motivated farmers.

Still, there is hope on the horizon. In recent years the number of agricultural companies and start-ups conducting research in this area has been ‘mushrooming’. Fungal bio-fertilisers and fungus-coated seeds are becoming more widespread and showing great promise for sustainable yield increases in greenhouse-based trials. FFI looks forward to continuing to deploy both traditional and modern solutions in this exciting emerging area as we work towards our conservation goals in partnership with farming communities.

Michelle works with farmers, from smallholders to corporates, on strategies that help them to balance food supply needs with environmental and social sustainability goals.