How many middle managers does it take to save a pangolin? 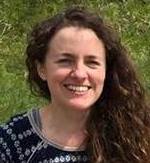 Annie Cooper currently helps FFI projects to access and implement grants from US government sources, including the US Fish and Wildlife Service. She is particularly interested in how conservation and local communities interact.

Like conservationists across the planet, park managers in Central Africa grow up with a fascination for wildlife. It may be gorillas in Rwanda, hornbills in Burundi, hawksbill turtles on Príncipe, or okapis in the Democratic Republic of Congo (DRC), but for Jerry Kirensky Mbi in Cameroon, pangolins became his passion. The determination to protect species and their habitats propelled him through University, and out into practical roles in Cameroon’s national parks. He honed his skills tracking these elusive creatures, deterring poachers, and convincing local people not to sell them to traffickers or eat them for dinner.

These extraordinary people get promoted, and find themselves as middle managers – or in Jerry’s case, Chief of Training for the Cameroon Ministry of Forestry and Wildlife.

At this point, minimal access to ‘professional development’ not only holds back these individuals, but also affects the pangolins. Because if Jerry cannot report effectively to donors – and demonstrate that every dollar was spent as intended – what will keep the money coming in to pay the rangers that protect the pangolins? And if disagreements arise among these rangers, who will resolve conflicts and motivate them so that the patrols can continue? And how can pangolin protection best be planned out long term, then adapted to respond to ever-changing threats from poachers? 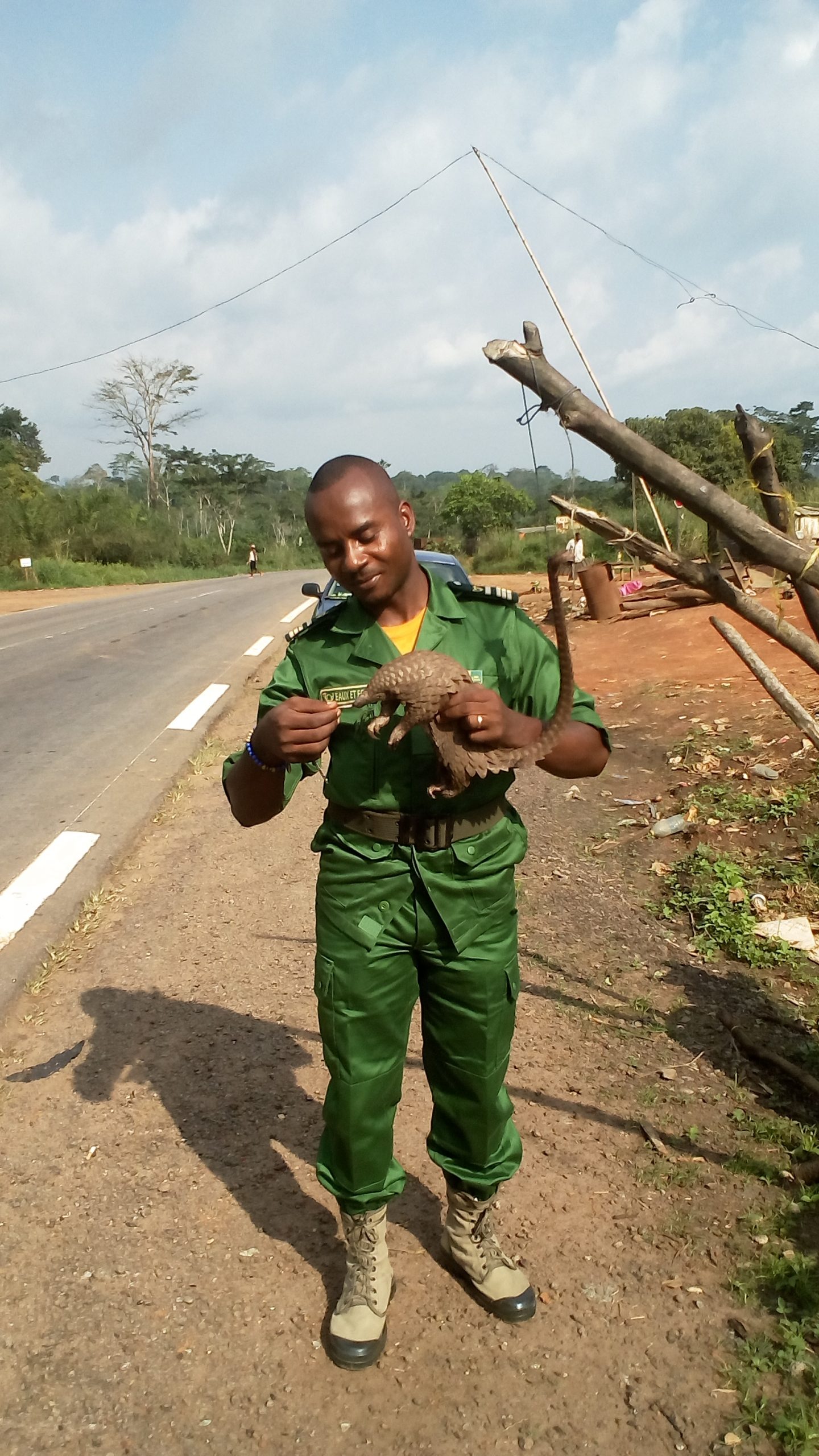 Jerry Kirensky Mbi trying to rescue a white-bellied pangolin, illegally offered for sale at the roadside.

Support to middle management is far from the most glamorous of conservation actions, but that is precisely why Fauna & Flora International (FFI) chose to meet this crucial need through its project Enhancing Capacity Among Protected Area Managers in Central Africa. This was funded by the US Fish & Wildlife Service, which had previously supported Jerry, in collaboration with the Zoological Society of London, through the MENTOR-POP (Progress on Pangolins) Fellowship Program.

It quickly became apparent that demand for this type of support far outstrips supply, all across the region. FFI’s Facebook post promoting the course reached a whopping 28,066 people (including Jerry), generating 3,699 reactions and 115 applications for just 20 available places.

As part of their application, potential participants not only identified skills that were most relevant to their work, but rated their confidence in each one. This enabled FFI to pinpoint the skills that were both highly relevant and in short supply, and to design a targeted training course around these unmet needs. They included management skills more commonly associated with conventional office work: running meetings; training, motivating and evaluating staff; resolving conflicts; documenting data; and equipment acquisitions.

Jerry was among 14 successful applicants from Rwanda, Burundi, Cameroon and DRC who gathered in Rwanda for a five-day course delivered both in English and French; a second course in Portuguese reached six more park staff from São Tome and Príncipe. 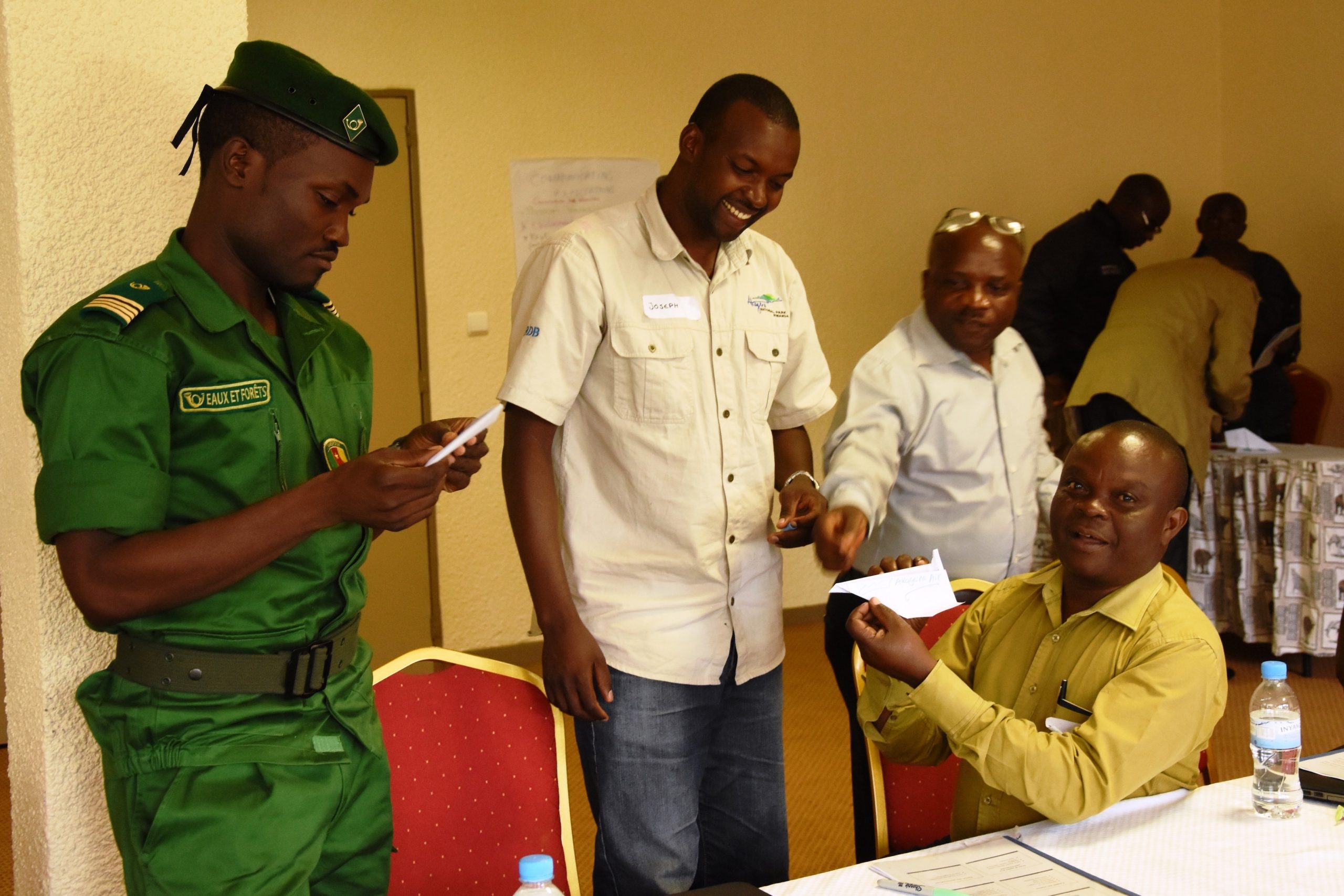 Learning about the Action Learning Cycle with paper airplanes during the Rwanda training course.

The courses were intense, vibrant affairs. Participants were buddied up to practise coaching and share experiences. They built up Personal Action Plans: Jerry’s included using his newly acquired training skills to improve investigations, so that traffickers can be arrested, criminal networks are exposed and, ultimately, more pangolins survive in the wild.

Shortly afterwards, Jerry was promoted, becoming Conservator of Kimbi Fungom National Park, home to three of Africa’s four pangolin species. “The training was timely as it prepared me to handle the task conferred on me,” he said. “I am using all the factors that were taught: managing teams and projects, financial management, reporting, communicating and collaboration.”

Follow-up has been vital. Questionnaires showed that skills improved by the end of the course, and these changes were sustained when re-evaluated four months later. Participants were linked into FFI’s networks, and kept in touch through a WhatsApp group. Mentoring calls enabled trainers and participants to talk about what was and was not going well. Participants had not only identified three things they most wanted to implement, but also pinpointed the critical resources and support they would need to do so, generating new ideas and approaches to help achieve these goals. 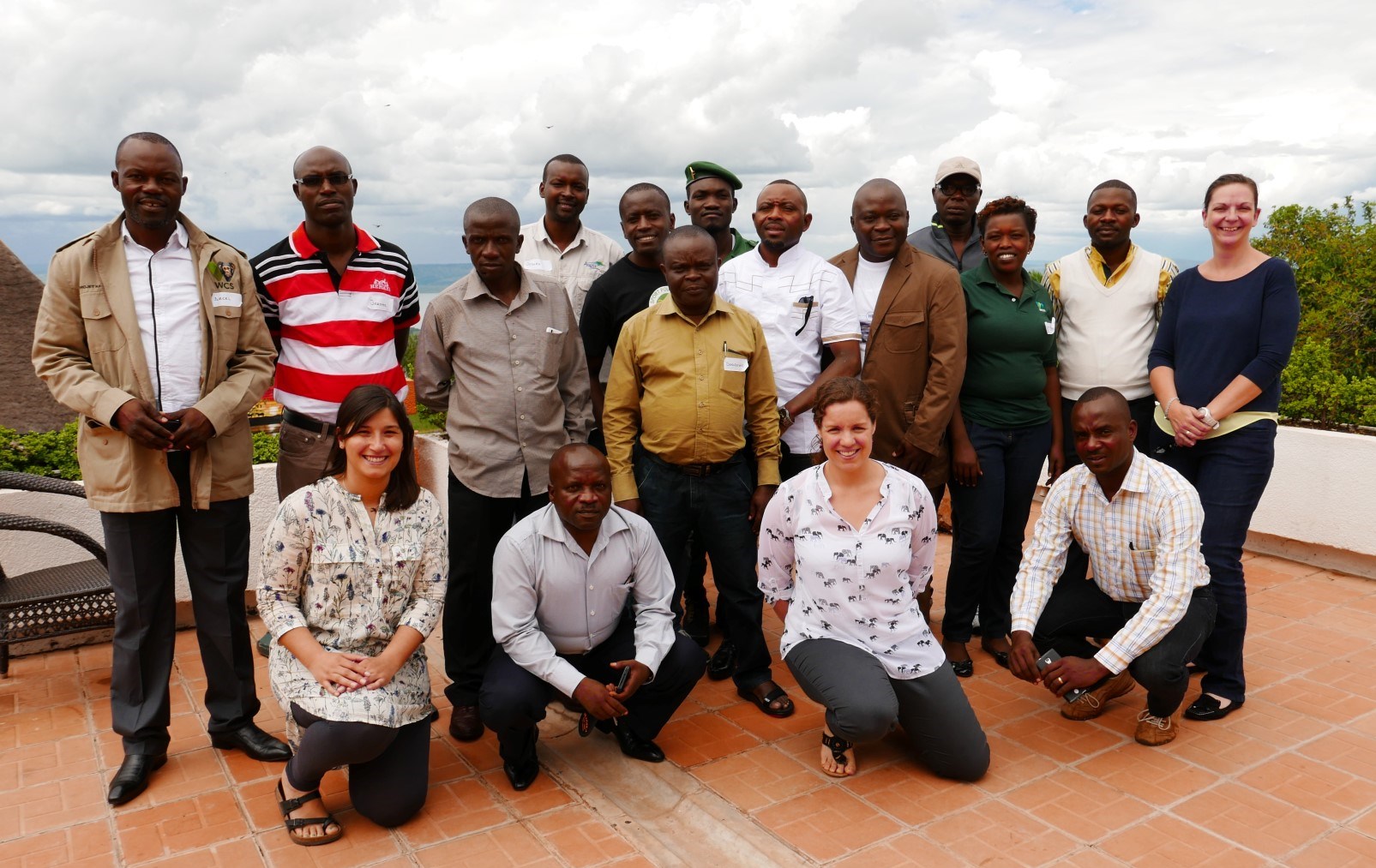 Participants and trainers at the Rwanda course, including Jerry Mbi, bottom right.

No one can really claim that training has been a success until there is long-term evidence that it has changed the way people work. But one year on from the courses (in May and August 2017), participants report using new skills to resolve disagreements about park boundaries, manage resources and create a better working environment for staff, and the career promotions some have received are evidence of these achievements. 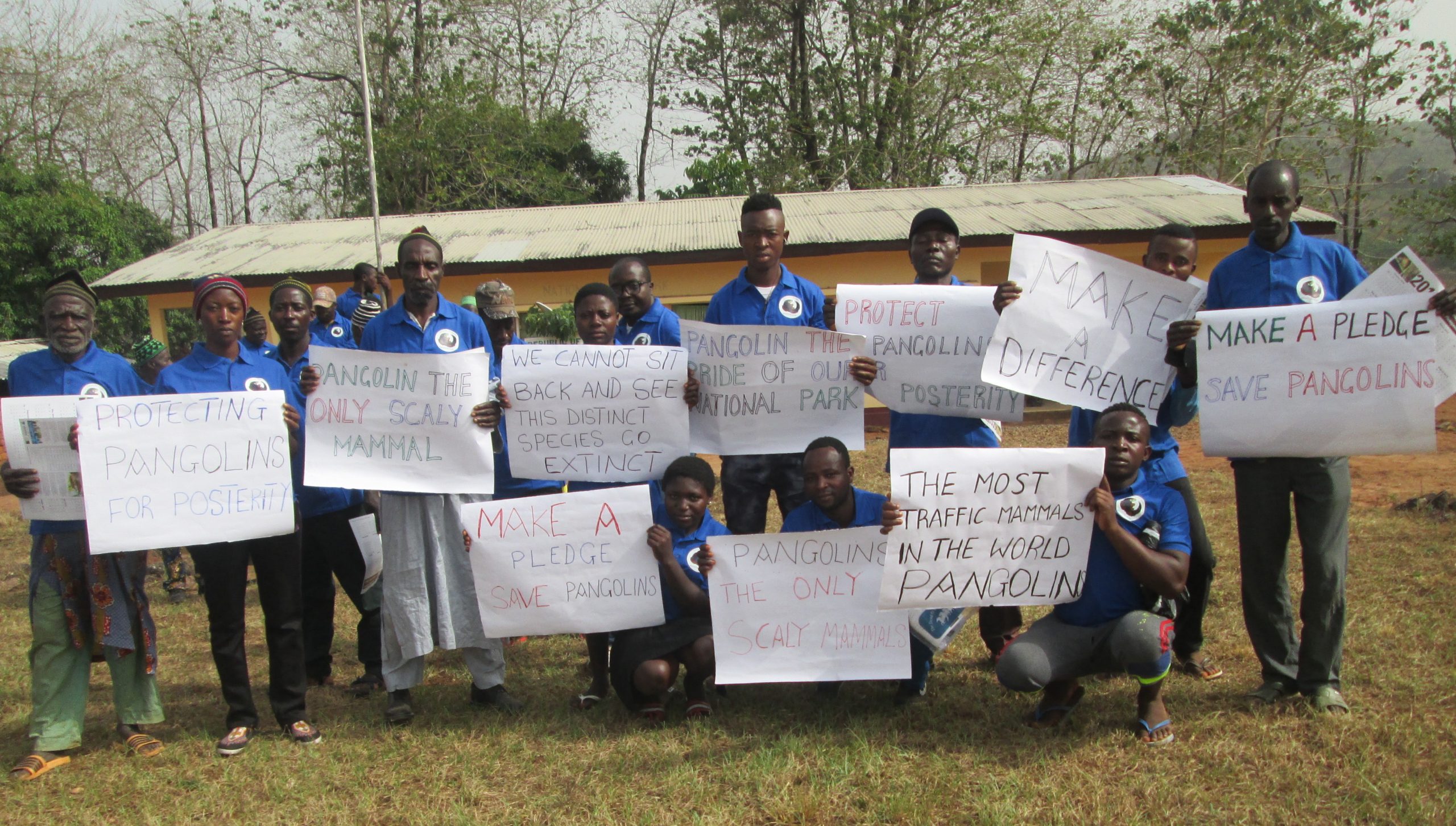 “The knowledge obtained put me in a comfortable position, as I am delivering services to the park like someone who handled similar positions before, with great experience,” said Jerry. “I made substantial innovations: renovated the office, made sure that all sign posts were given a face lift, paid all necessary allowances the staff were due, and brought in new techniques like the use of camera traps. There has been satisfaction from the staff, local population and mentors in and out of Cameroon for the work done so far, within a year.”

FFI is proud to support Jerry Mbi and the unsung heroes of Central Africa’s parks.

Annie Cooper currently helps FFI projects to access and implement grants from US government sources, including the US Fish and Wildlife Service. She is particularly interested in how conservation and local communities interact.