It’s less than five inches long, slimy, covered in razor-sharp spines and looks like something straight out of one of the Alien movies. But for Fauna & Flora International (FFI) and its partners in Georgia, who are working to conserve some of the last sturgeons in Europe, this diminutive ugly duckling of the fish world is a beautiful sight.

Once widespread throughout all of Europe’s major rivers, sturgeon have been fished to the brink of extinction for their meat and caviar. Today, the Rioni in Georgia harbours one of the last three breeding populations in the entire continent, but conservation action is urgently needed to reverse the decline of the six critically endangered sturgeon species still clinging to survival in this river. 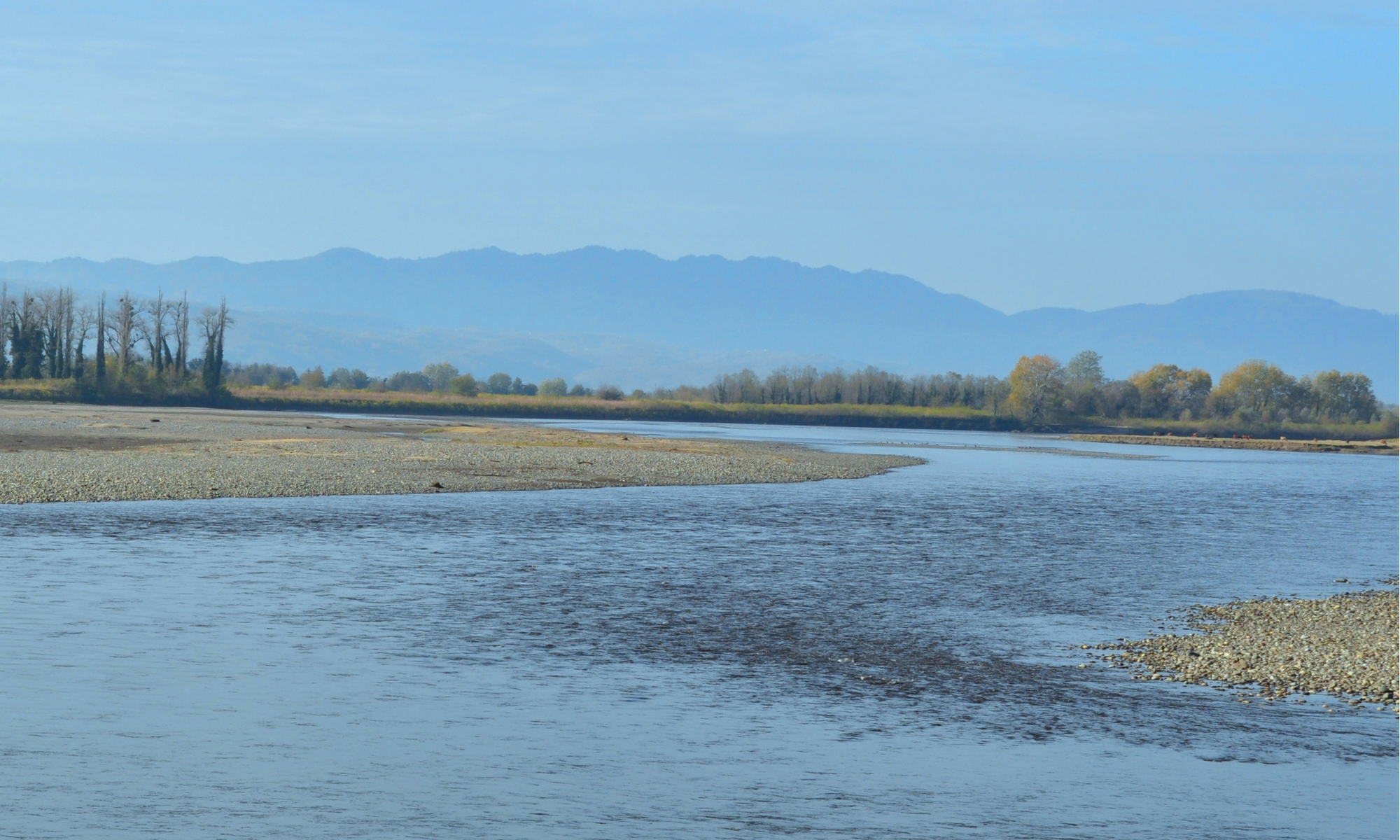 With this in mind, FFI launched a pilot project early in 2018 in an effort to safeguard the Rioni’s globally important sturgeon population. Since then it has conducted baseline studies – the very first for Georgia’s sturgeons – and set about combating the threats to their survival, in particular poaching and illegal trade.

Until recently, very little was known about the status of this particular sturgeon population compared to those in the Danube and Garonne rivers. There was even uncertainty about whether these fish were still reproducing in the Rioni at all.

That question has now been answered with a resounding yes. The discovery of this miniature sturgeon – the aquatic equivalent of finding a needle in a haystack – is therefore a significant breakthrough; the captured juvenile is a pocket-sized symbol of hope for the future of these magnificent, mysterious fish. 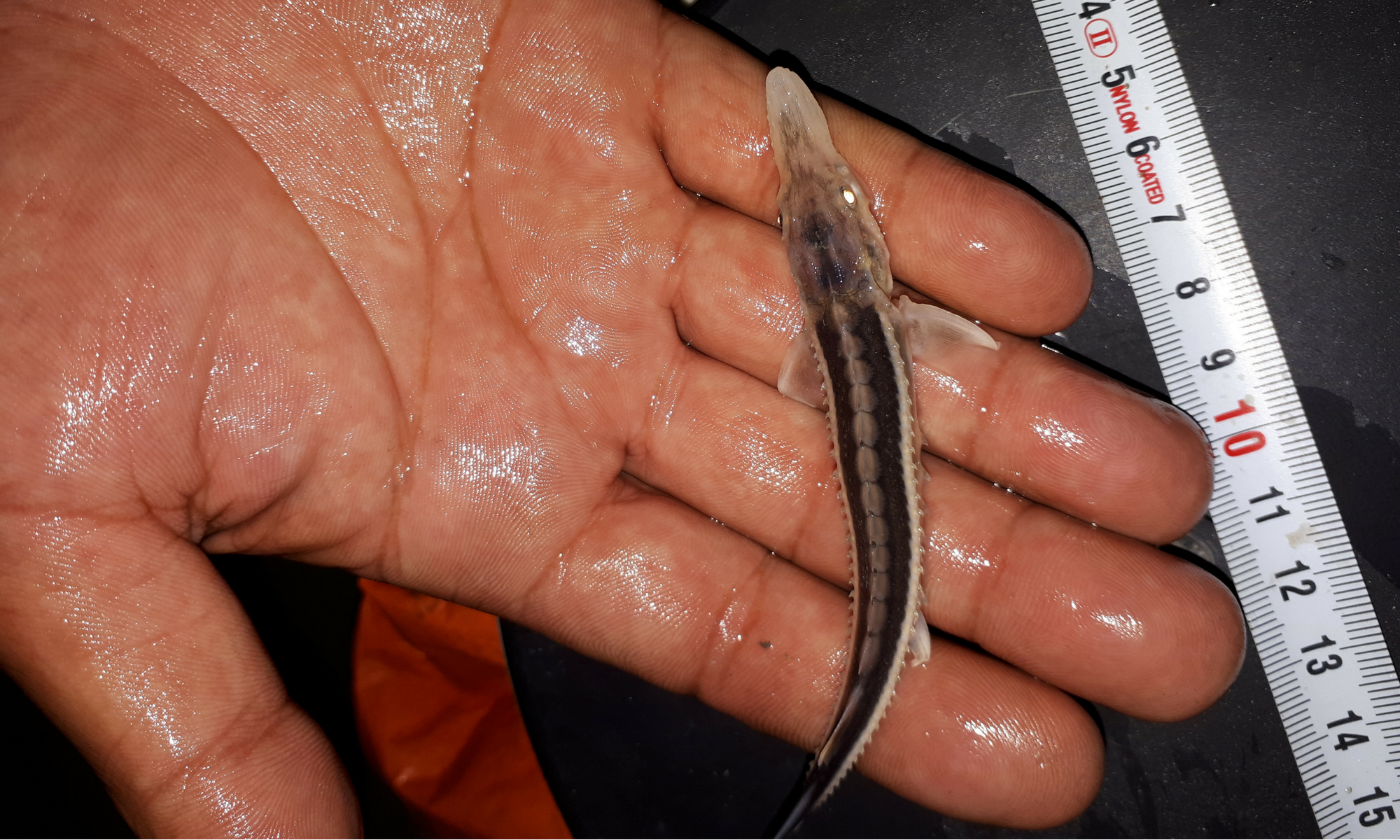 A particularly fascinating characteristic of this juvenile was its predator-proof body armour. Rows of prominent, razor-sharp scutes (scale-like, bony external plates) protect the young fish from predation. Once these juveniles have attained a length of 12 cm or more, they will no longer fall prey to another fish. In mature sturgeon the remains of these scutes are still visible, but they are less sharp and less distinctive – at a certain point, apparently, the scutes become redundant, because sturgeon grow so large that no other fish can eat them anyway.

One of the most gratifying aspects of the story is that the baby sturgeon was actually caught by two female students from Ilia State University in Tbilisi. Ecologist Tamar Edisherashvili and geneticist Keti Janashvili are working full-time for FFI on the sturgeon project and have both been trained to fish – traditionally a very male-dominated activity in the Black Sea region. 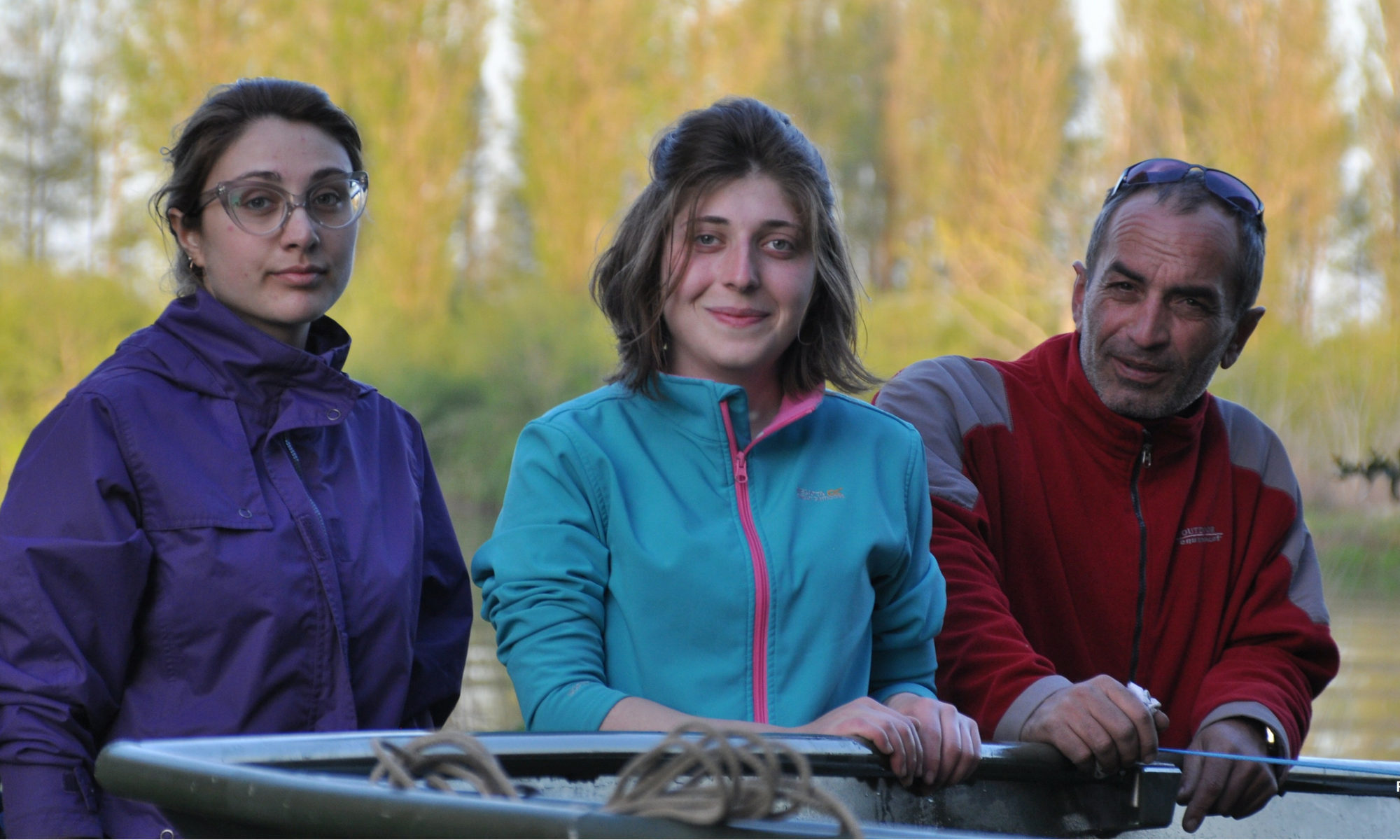 With support from the Swedish Postcode Foundation, a number of Georgian students have undergone training in Austria and Romania on the River Danube. Equipped with the requisite skills and fishing gear, they are now gathering vital scientific data on the remaining sturgeon in their native Rioni.

“The work on the river has been quite difficult, and the team has been working hard,” explained Fleur Scheele, FFI’s Caucasus Programme Manager. “Finding a few scarce, tiny fish in a fast-flowing, large and ever-changing river is truly challenging, and it is a great success that the team has now been able to capture its first sturgeon. Hopefully more will follow!”

The captured specimen, which was released unharmed immediately after its measurements and other details were recorded, was identified as a critically endangered stellate sturgeon – so-called because of the profusion of star-like markings on the flanks of the adult fish. 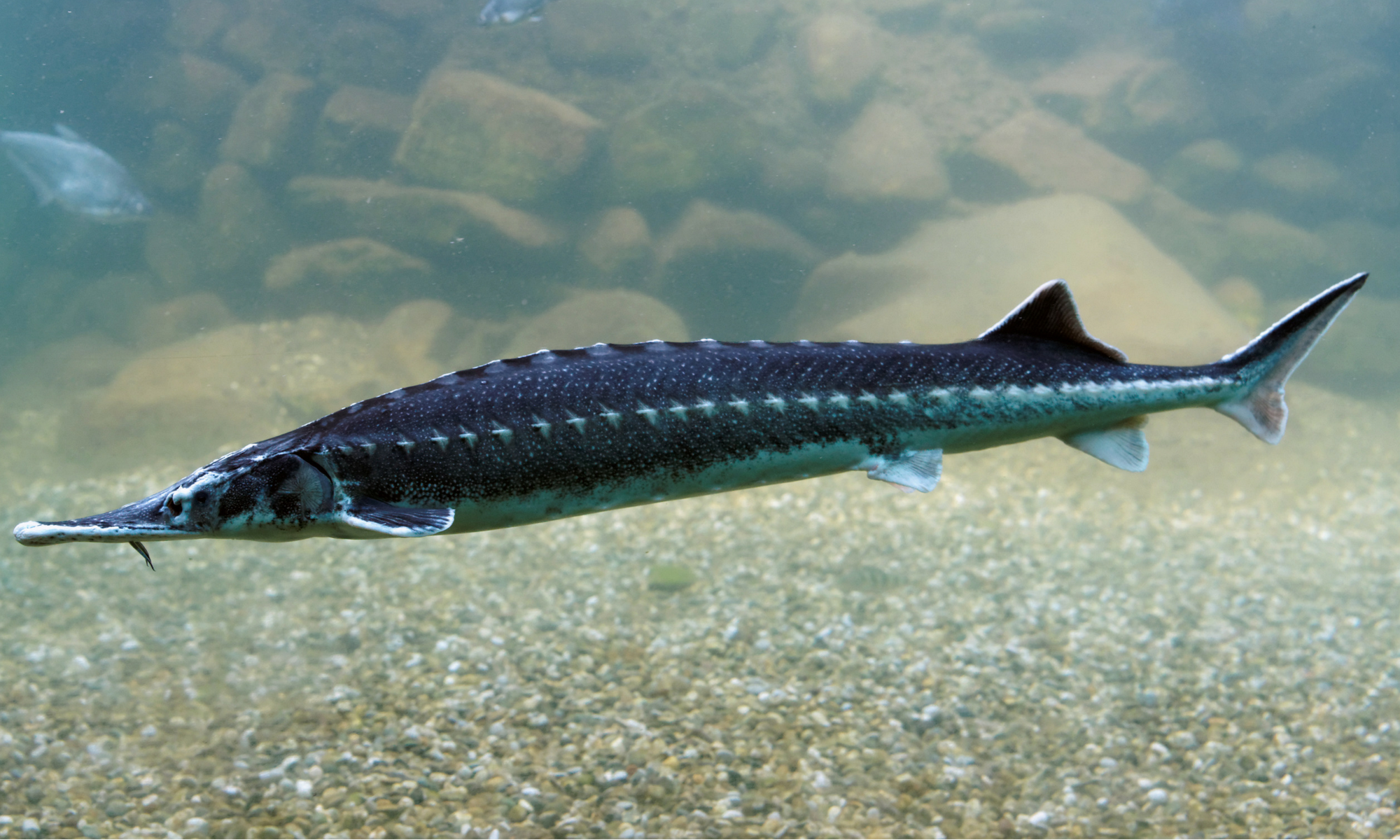 FFI’s efforts to ensure that Georgia’s sturgeons do not slip through the conservation net are still at an early stage, but this evidence of breeding success in the Rioni is an encouraging sign.

Fish out of time

Europe's sturgeons have been pushed to the brink by overharvesting, poaching and illegal trade. But we still have the chance to reverse their decline if we act now.