Let’s make this the year we save our coral reefs 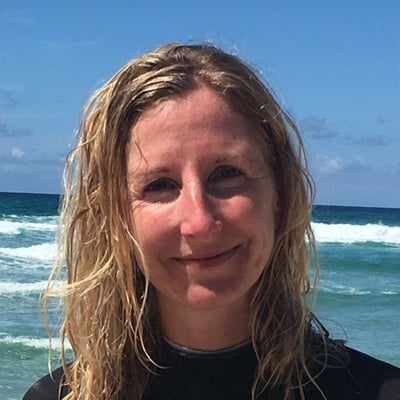 You may know that 2018 is the International Year of the Reef. Here, Fauna & Flora International’s head of marine conservation, Nicola Frost, looks at why these amazing ecosystems are so important, and what we can do to save them.

If like me, you were hooked on the recent Blue Planet II series, you are probably able to call to mind the weird and wonderful underwater world of a coral reef, its unusual inhabitants and the ingenious behaviours they use to get ahead in this competitive environment (remember that ever so persistent tusk fish?).

You might also recall the more worrying images depicting these critical ecosystems under threat and becoming increasingly degraded. Sadly, coral reefs across the world have been in decline due to both local issues – like overfishing, development, and pollution – and global changes in the natural environment caused by climate change.

Research suggests that 50% of the world’s reefs have been lost in just the last 30 years. Unless we act now, we risk losing these beautiful and vital ecosystems entirely.

2018 has been designated as the International Year of the Reef by the International Coral Reef Initiative. Nations, organisations and individuals around the world will be united in their efforts to raise awareness about the importance of coral reefs and other vital marine ecosystems that help to keep them healthy, such as seagrasses and mangroves. And more importantly to take action for their protection.

Why are coral reefs important?

Coral reefs matter: A coral reef in good health is like a busy underwater city, bustling with marine life, filled with colour, and offering rich pickings for roaming sea turtles, rays and sharks.

Coral reefs are part of a larger ecosystem that also includes mangroves and seagrass beds. Young marine animals spend time in the protective nursery grounds provided by these habitats before migrating to the reef. It is estimated that 25% of all marine life in the sea depend on these coral reef ecosystems.

We need coral reefs: It’s not just the marine life that benefits. The food, medicines, and livelihoods (e.g. tourism and fisheries) that we derive from coral reefs globally are worth US$300-400 billion each year. Reef structures also act as natural breakwaters, reducing the impacts of storms and waves on coastlines.

Unless we take action, the prognosis for coral reefs is bleak: With local pressures increasing, and seas becoming ever warmer (as a result of climate change) and more acidic (as a result of more and more carbon dioxide dissolving in sea water), it is estimated that only 10% of coral reefs can survive past 2050.

Unless we act now to prevent it, the loss of most of the world’s reefs will be a blow to biodiversity that we can’t afford, and one that will impact over 500 million people around the world who rely on reefs for food and income.

What are we doing to protect coral reefs?

Fauna & Flora International (FFI) is working with a network of partners around the world to protect and effectively manage coral reefs and the species that depend on them. 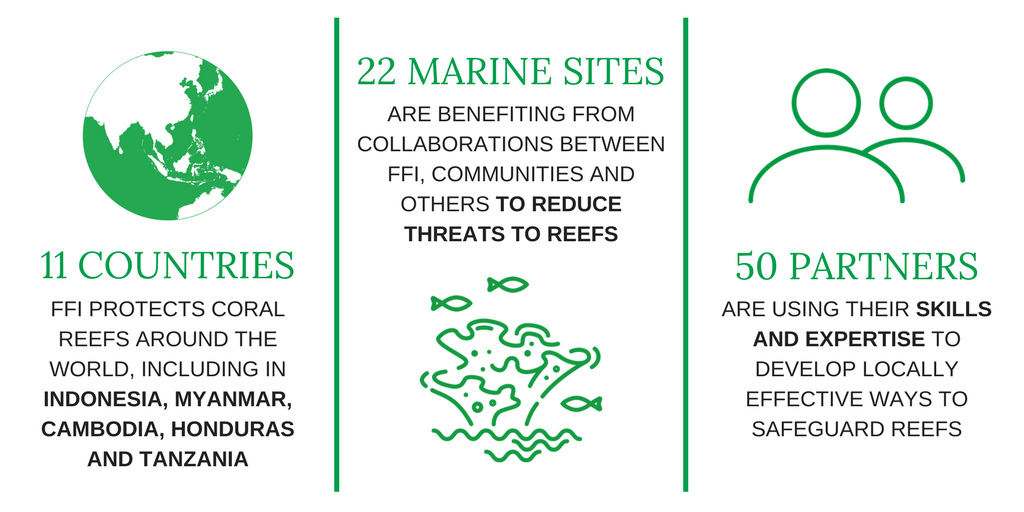 FFI will be working hard to make 2018 a good year for reefs, and we will be reporting back on our progress in tackling this crisis.

Working together to save our reefs

I’ve been privileged to study coral reefs and work on their conservation for nearly 20 years, and some of my fondest memories are linked to diving on vibrant reefs in warm tropical waters. During this time I have witnessed first-hand the impacts of dynamite fishing, anchor damage, ship groundings, aggregate mining, coral disease, hurricanes and coral bleaching (to name a few) on these delicate systems.

With climate change accelerating the bleaching and death of reefs the world over, it is becoming even more important that we keep supporting coral reef conservation efforts on the ground, and reducing the impacts that our activities have on these ecosystems to give them a fighting chance in a changing natural world.

The power is in our hands, but we need to do more than just spread the word about the crisis facing coral reefs – we also need to encourage meaningful commitments to tackle climate change.

Unless we act now, our blue planet's reefs could be lost forever. We know how to save them, and when reefs are protected they can rebound. All we need now is your help. Please support FFI today.