Kyrgyzstan – the spirit of the place

I’ve been back now from Kyrgyzstan for six weeks or so. The place hasn’t left my mind for one day. It feels as if the spirit of the place has taken hold of me – so what comes next is either by way of exorcising a friendly demon, indulging my memories of the Kyrgyz genius for hospitality, or something darker – maybe this isn’t me writing at all. Whichever it is, take a look at the following small selection of shots from FFI’s visual library of the country, mostly taken by a former colleague, Chris Loades. 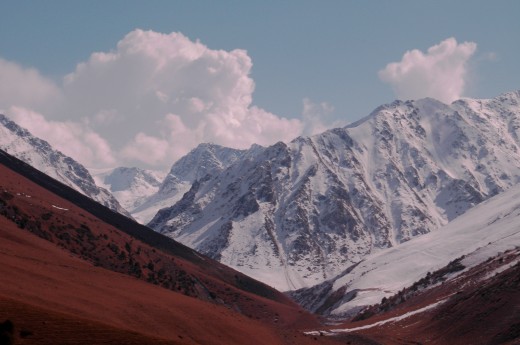 Unfamiliar landscapes are often dramatic – the first time anywhere is often pretty striking. The drama of Chris’s shot here though is pure Kyrgyzstan. As I’ve noted before you can’t go anywhere in the country without a mountain ridge either in the distance or the foreground. But aside from the constantly looming heights, the vertical movement and the absurdly splendid colour scheme, what Chris also gets here is Kyrgyzstan’s horizontal drama. The place sweeps just as often as it rises. And it rises a great deal. 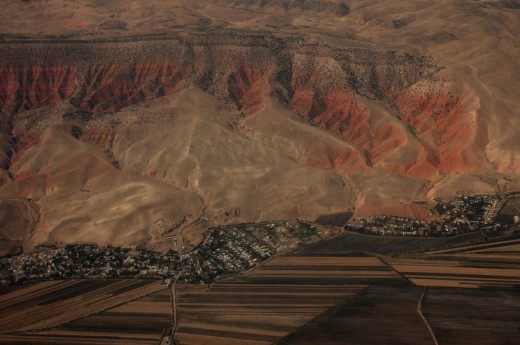 Then there’s this glorious image, capturing both that sweep and rise and also the place of the people within it. But they’re not really within, are they? In a way they are extra, clinging on, superimposed. There’s clear evidence of human development in this shot with the lower portion’s agriculture, and the strip of houses exploiting their niche, but the way Chris has portrayed the dominance of the landscape and suggested grandeur and limitless distance gives you the country perfectly. It’s almost trite to say the Kyrgyz are a nomadic people when confronted with pictures like this – the country demonstrates that fact to you everywhere you look. 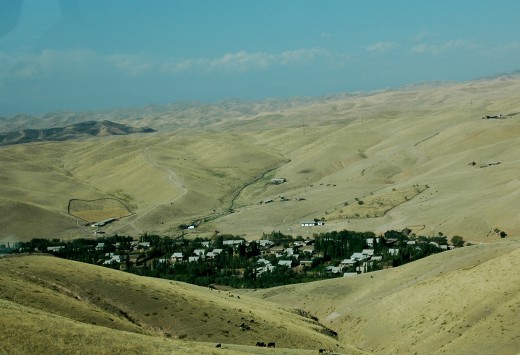 The thing is, Kyrgyzstan genuinely does look like this, or at least it can. No photographic trick – it can be dramatically red in one place, have more in common with the Rockies or the Pyrenees in another and then suddenly present you with this – the place should be celebrated for its range of colours alone.

But as much as I admire these and a host of other images Chris took when he went out it’s the following two images that will take me back to Kyrgyzstan in the flesh, and complete the transformation that started in June this year. 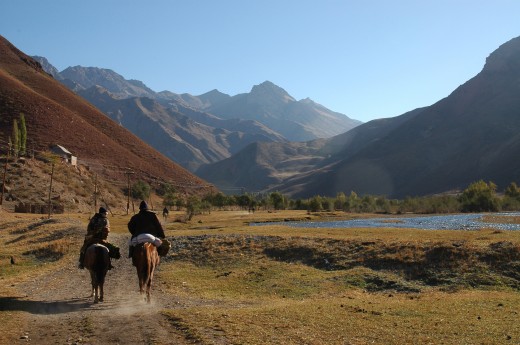 Setting out on horse and heading off into the mountains in full sunshine, rivers of glaciated water sweeping past, alive to the prospect of huge raptors, tracks of elusive snow leopard, nomadic encampments and the kind of wilderness that puts human beings in their place – that’s the spirit of the place in an image. As indeed is this, the road that leads south from Lake Issyk-Kul (a wonder in its own right) towards Naryn, flirts with desert, mountain and marshland.  Wherever it goes it keeps you firmly in your place. 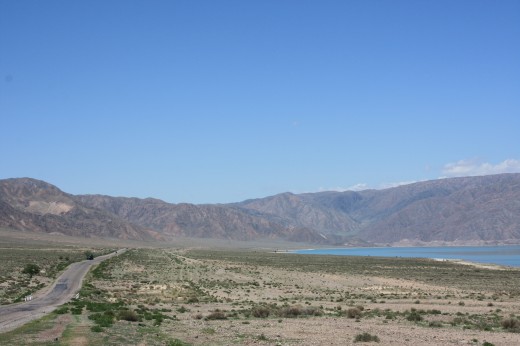