Kicking goals for wildlife: securing the future of northern Kenya’s wildlife through sport

Football, oryx, warriors – it’s an unusual combination but this is how Melako Community Conservancy in Northern Kenya and Zoos Victoria in Australia are helping to secure the future of wildlife and communities in the northern Kenyan rangelands – through the Melako Conservation Cup.

Melako is one of 26 community conservation areas operating under the Northern Rangelands Trust (NRT) banner and Fauna & Flora International (FFI) is a founding partner of NRT.

Under a partnership with Fondation Segré, Melako is one of three NRT conservancies being supported to become more self sufficient. 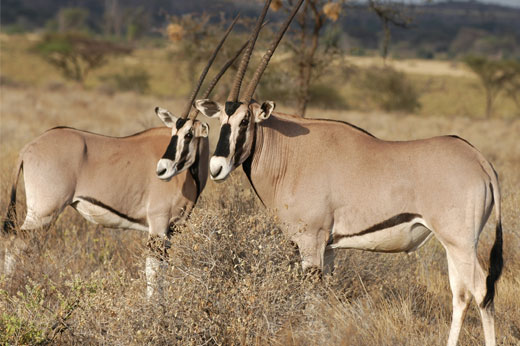 Zoos Victoria, along with FFI, is working with the conservancy to protect and increase wildlife populations, particularly the beisa oryx while also focusing on conservation education and sustainable development.

In traditional Rendille culture, men between the ages of 13 and 25 undergo initiation to become a warrior.

The role of the warrior traditionally is to protect the community, acquire livestock and develop skills to become wise and strong leaders of the future.

But the role of the warrior is changing. These young men have more time on their hands.

Melako warriors are engaging in conflict with rival groups, harming wildlife to pass the time; to prove leadership skills; to have fun and to obtain or protect resources.

The key species under threat from this process are the beisa oryx, Grevy’s zebra, giraffe and gerenuk. 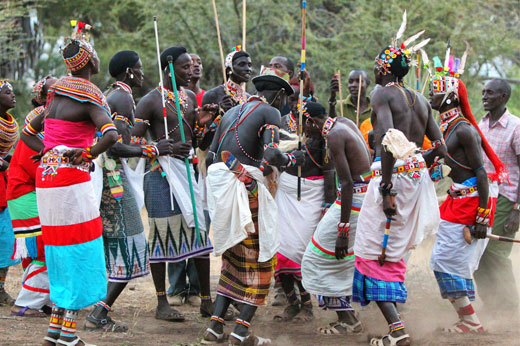 When the community raised the issue of the warriors as a concern, we wondered if there was an alternative pastime that could still be engaging, fun, prove leadership skills.

So we asked the warriors, “what would you like to do with your idle time instead of activities that involve conflict or harming wildlife?”

The answer was clear: “We’d like to play football! We’ve never played it but we know it’s addictive.”

So we organised some footballs, and using a dry river bed as a football field and elephant dung or branches for goals, we suddenly realised this might actually work – as long as the players leave their spears off the field! 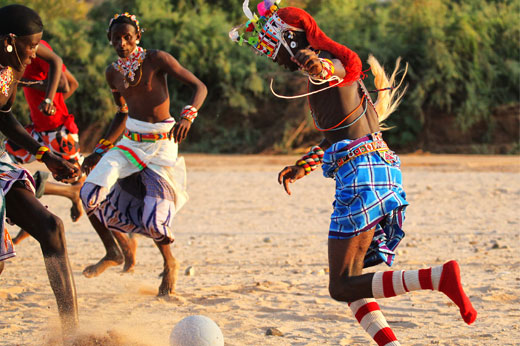 One year on Melako has 320 warriors in 16 teams. The teams are named after the very wildlife they were previously driving threats towards.

Each team selected its own wildlife mascot, printed on the team shirt. The team tries to embody the quality of that animal in their game.

Team giraffe are tall and graceful, team oryx are strong and proud, and team dikdik are quick and loyal.

Using this simple tool we were able to observe a very quick reinforcement of values or positive attitudes towards the wildlife selected as mascots. 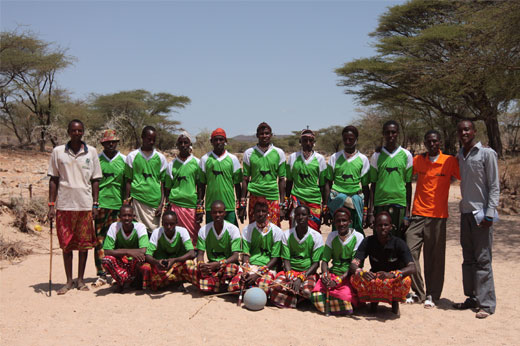 Each team code their own animal mascot – this is Team Oryx. Credit: B. Squires/Zoos Victoria

How do we measure Success?

To help wildlife in Melako is not just a matter of engaging the warriors in a new action, it is also about understanding the warriors attitude towards wildlife and the conservancy and their ecological knowledge of wildlife.

We conduct surveys to look at

We are working with the Melako Rangers to measure the direct impact of the programme on key wildlife by measuring changes in flight distance.

Most of the warriors in the programme have never had the opportunity to go to school, so we developed communications tools to deliver key messages that were very visual and appealed to the warriors.

The logo for the program is a visual representation of ‘Love Soccer, Love an Oryx’, the oryx being part of the conservancy’s logo.

“Ache Oleng!” is Rendille for thank you and reinforces ownership ….thank you for being such great custodians of your wildlife such as the oryx. 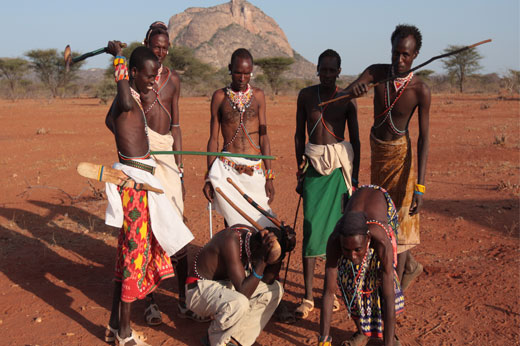 Delivering messages around conflict and conservation in an engaging way is also an important aspect of the football programme.

Warriors know best how to talk to warriors, so we created Warrior Conservation Theatre Groups to deliver conservation messages to their fellow warriors in a culturally appropriate and effective manner.

The football concept is also a platform to engage the warriors and allow them access to education, business and enterprise programmes and microcredit schemes.

In the future this will allow warriors better opportunities to diversify their livelihoods beyond pastoralism.

Now our biggest challenge is keeping the goats of the pitch! 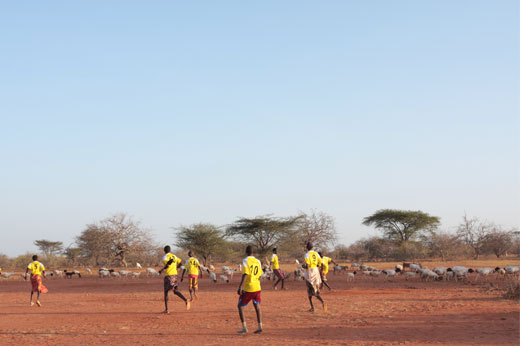