Karst of thousands – Time to put limestone in the limelight

What do a critically endangered mystery monkey, myriad miniature geckos and the world’s oldest animal cave painting have in common? One answer is that they have all been discovered within the past five years. But given that this is the International Year of Caves and Karst, the main point of interest is not when, but where, they were found. The common denominator is limestone.

Ask the average armchair naturalist to name a biodiversity hotspot teeming with an abundance of species and the chances are they’ll plump for a tropical rainforest such as the Amazon, or perhaps a coral reef if they’re marine enthusiasts.

Anyone posing that same question to Dr Tony Whitten, an FFI legend whose untimely death in 2017 deprived the conservation community of a true great, would have been treated to the spectacle of a grown man bouncing around like Tigger while waxing lyrical about limestone outcrops and the limitless life forms that they harbour.

Bear in mind that this was a man who had gazed in wonder at Wilson’s bird-of-paradise in deepest, darkest West Papua; a conservationist who had cut his teeth on close encounters with Kloss’s gibbons. And yet, this unapologetic champion of the unloved and undervalued had a soft spot for spiders and snails and was arguably at his happiest cavorting with creepy crawlies and other cave critters. 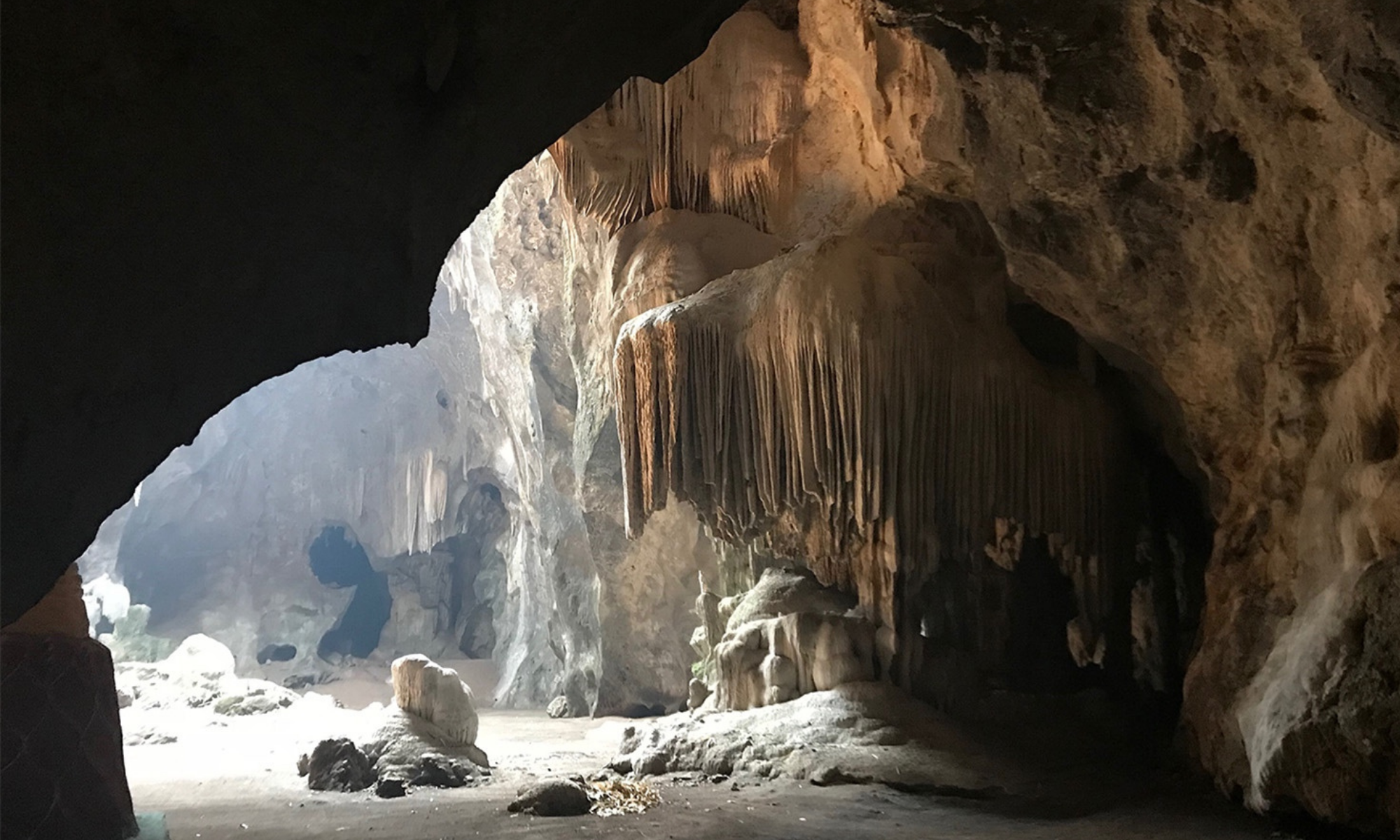 That infectious enthusiasm was well founded. Karst – which is basically a geological term for landscape underlain by limestone that has been eroded into towers and other spectacular rock formations – covers an estimated 20% of the world’s land surface. It is home to an incredibly rich diversity of animals and plants, above and below ground.

The vast majority of these creatures – from bent-toed geckos to blind cave crickets – are virtually unknown to non-specialists. They are typically not very cuddly and they don’t exactly ooze charisma. Regrettably, if unsurprisingly, relatively few people care about them, which is one of the many reasons why FFI does.

We are on a mission to focus global attention on the ecologically unique and irreplaceable natural features on which untold numbers of neglected species depend, and to ensure that these limestone caves and rocky outcrops are recognised as much for their rich and threatened biodiversity as for their cultural and commercial value. 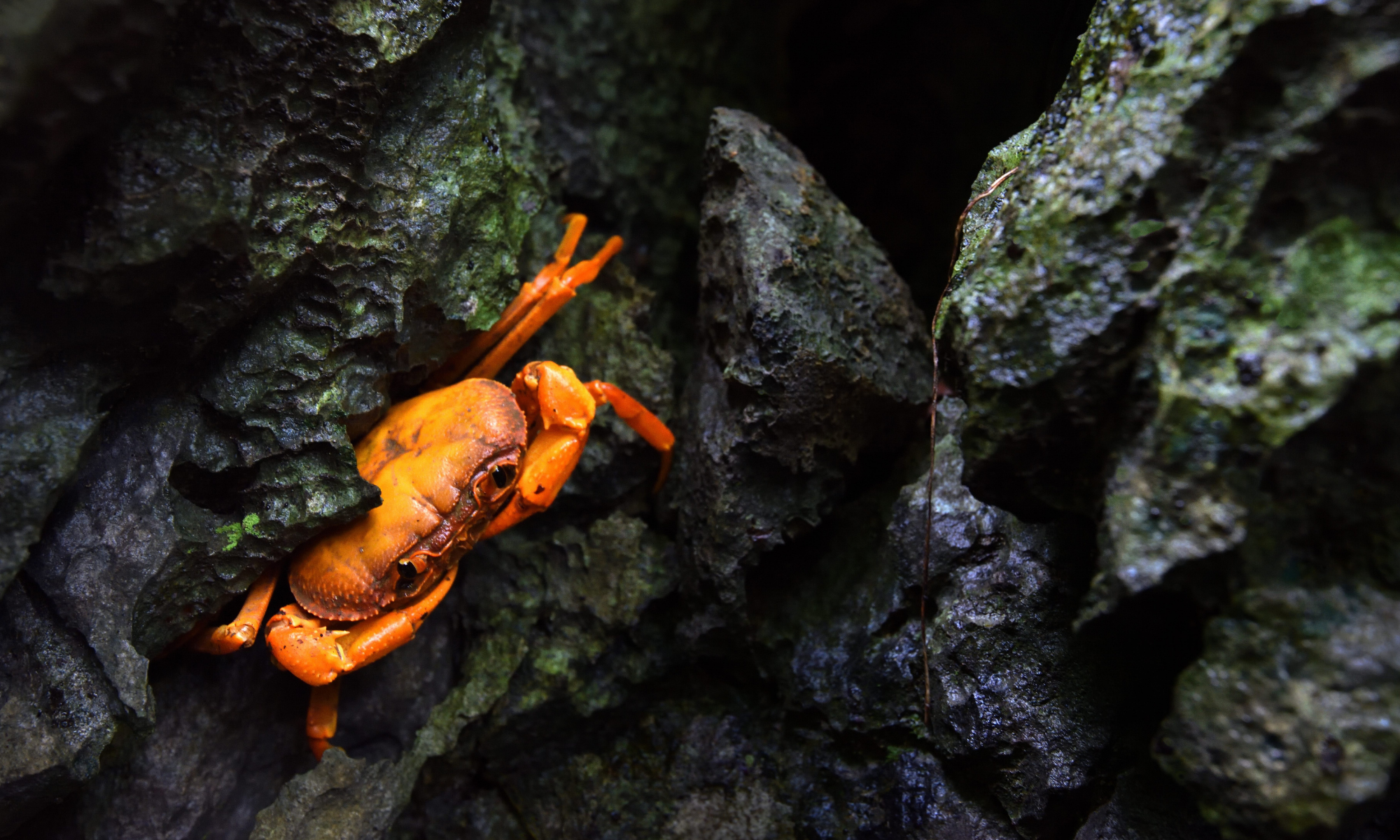 The species in question are uniquely adapted to their limestone niche and hence highly vulnerable to any habitat destruction within their extremely limited range. Some, such as the Kanthan Cave trapdoor spider – known only from a solitary cave in a limestone hill in West Malaysia – are hanging onto existence by a single, slender thread.

Limestone-loving lizards are another notable feature of this landscape. Within the space of a year, Myanmar’s remote karst outcrops yielded no fewer than 24 new species of gecko – one of which was named in Dr Whitten’s honour – and the isolated nature of these rugged limestone towers suggests that many more of these marooned reptiles remain to be discovered. 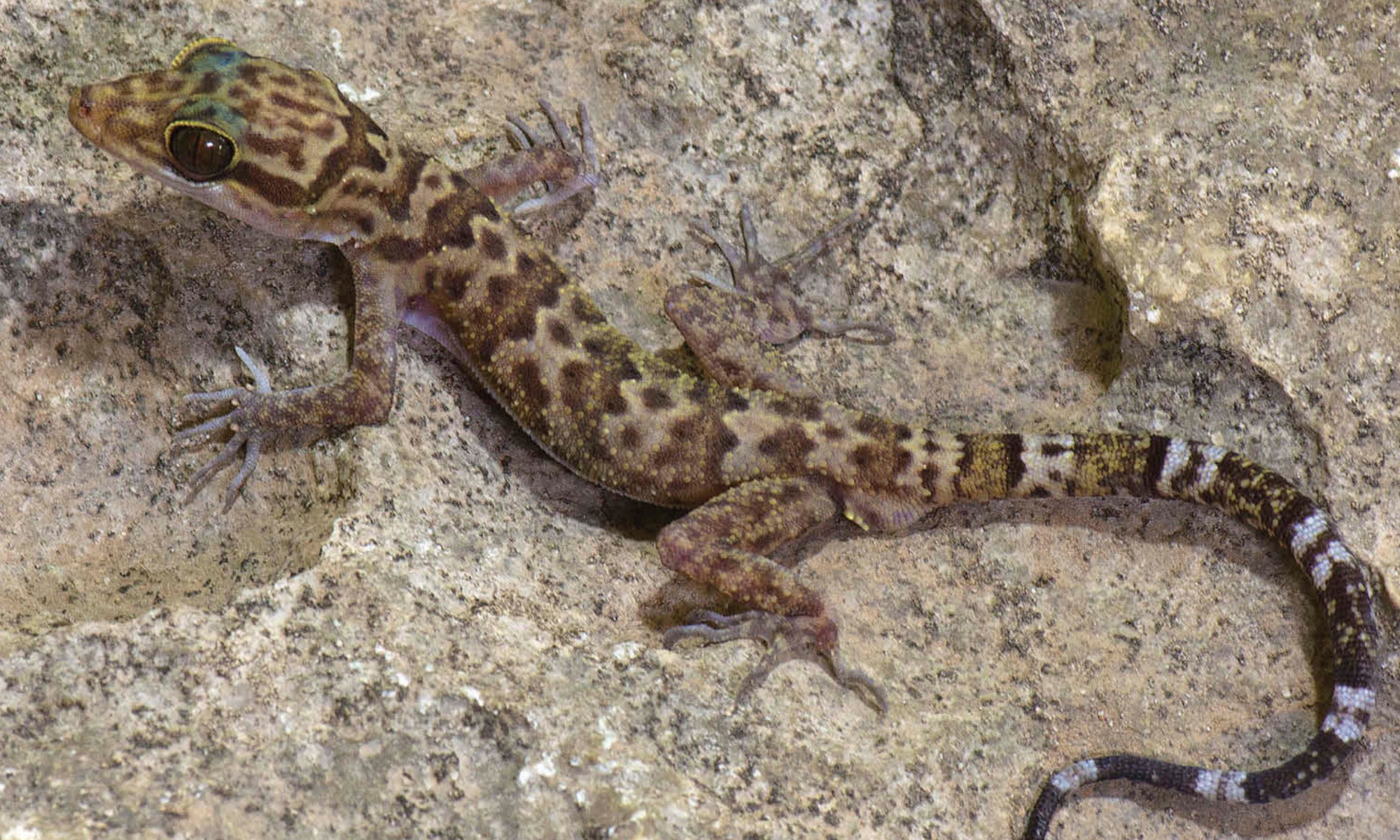 But as Tony well knew, there is so much more to these karst ecosystems than geckos galore and a surfeit of snails and centipedes. Their cultural and archaeological significance was already acknowledged by experts even before the recent discovery in Sulawesi of a life-sized painting of a warty pig believed to date back over 45,000 years.

The picture – which provides proof positive of early human settlement in the region – was found within a cave system that FFI is already working to protect as part of its conservation activities on this remote Indonesian island.

Preserving these priceless archaeological artefacts is obviously paramount, but the real-life animals that inhabit these rocky edifices are equally in need of protection. FFI-led survey teams have recorded more than 400 types of cave invertebrate within this breathtaking karst landscape, as well as 17 species of mammal, 36 reptile and amphibian species, 68 types of bird and well over 500 species of plant.

Elsewhere in Asia some of the most threatened primates on the planet, including Myanmar’s newly described Popa langur and the critically endangered Tonkin snub-nosed monkey in Vietnam, are entirely dependent on dwindling pockets of limestone forest habitat. 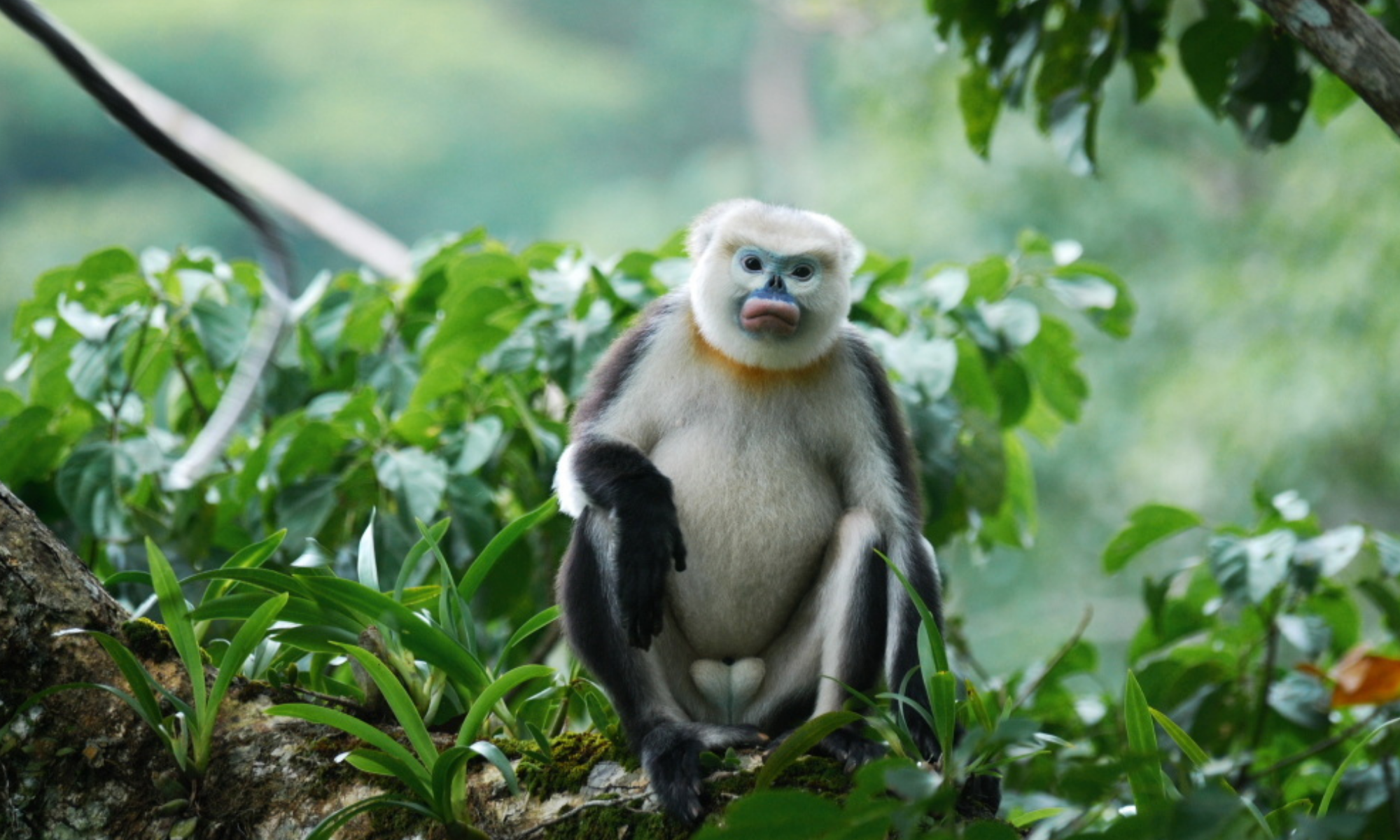 The survival of the Tonkin snub-nosed monkey hinges on protection of its limestone forest habitat. Credit: Le Khac Quyet/FFI

Despite their enormous biological importance, these wildlife-rich karst landscapes have received precious little protection from the severe threats they face. Most depressing of all, many of these limestone havens are destroyed before they have even been surveyed, condemning countless as-yet-undiscovered species to oblivion.

Every one of these creatures, great and small, is clinging to survival on its own shrinking island, swallowed up by the rising tide of deforestation and other destructive activities such as cement mining.

As I write this, the future of Delacour’s langur – another critically endangered monkey confined to two adjacent limestone forest fragments in northern Vietnam – hangs in the balance. The second largest population of this elegant primate, which an FFI-led survey team discovered in 2016, is desperately in need of formal protection from the ravages of limestone quarrying.

FFI is working closely with the Vietnamese authorities in order to establish a new reserve and safeguard this vital but vulnerable population from the habitat destruction that will inevitably result if cement mining is allowed to continue unchecked in the area. 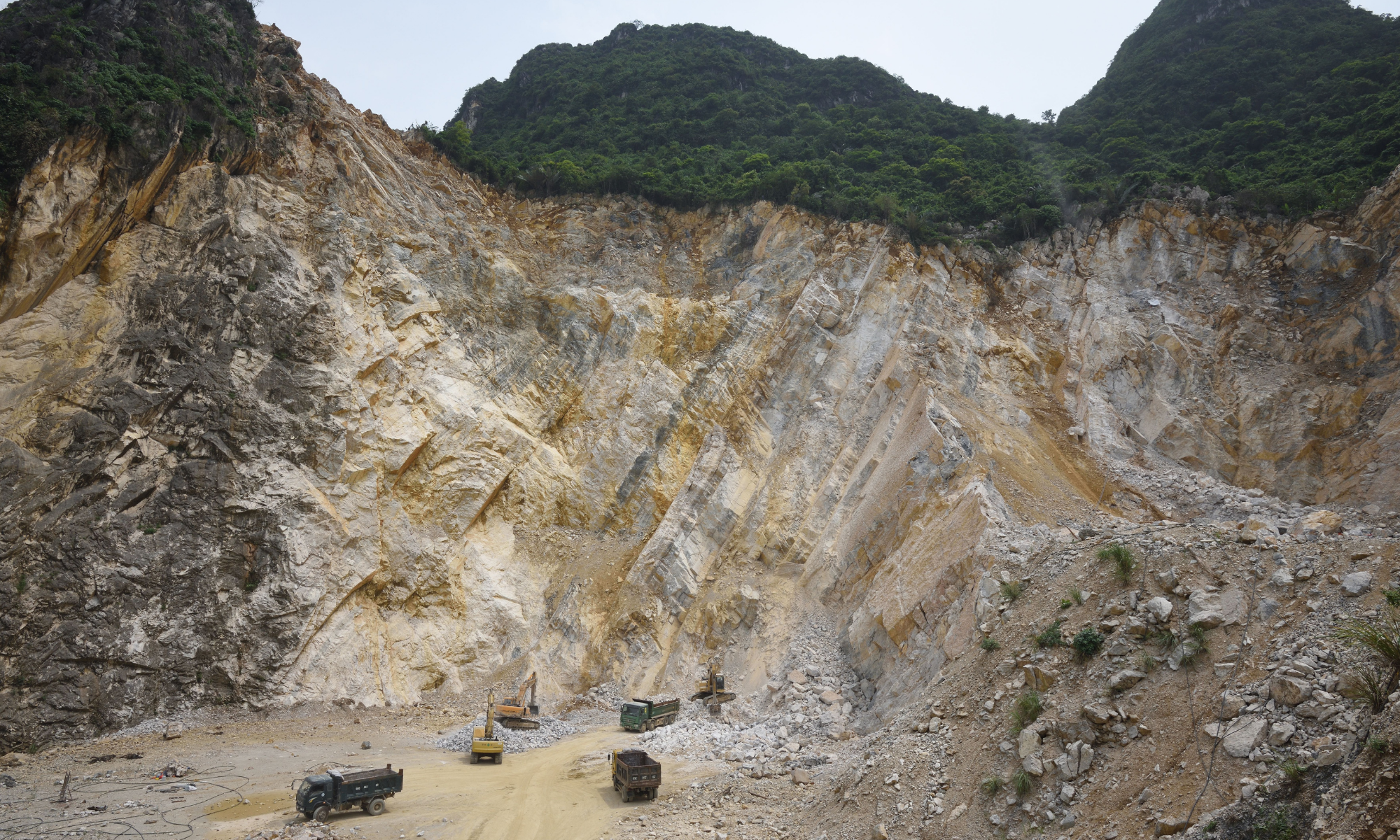 Cement mining in Kim Bang, one of the last two refuges of the critically endangered Delacour’s langur. Credit: Jeremy Holden/FFI

All creatures, small or great

Allowing Delacour’s langur to slide into extinction would be unforgivable – not because of its stunning good looks, acute intelligence or acrobatic prowess – though it undoubtedly has these in abundance – but because its demise would represent a failure of the imagination.

The same goes for the obscure arthropods, molluscs and other diminutive denizens of the limestone world. Every single representative of these karst communities – from monkey to millipede – has a vital role to play and is equally deserving of our attention, irrespective of its wow factor or perceived usefulness.

Just as the loss of a single conservationist can leave a gaping hole the size of a limestone cavern in the lives of all who knew him, the loss of any species, however superficially unprepossessing or apparently insignificant, impoverishes us all.

As we welcome in the International Year of Caves and Karst, it is more important than ever that we honour Tony Whitten’s memory by ensuring that these havens of biodiversity remain front and centre on the global conservation agenda.

Between a rock and a hard place

Please help us to protect them.

What is karst, and why should we care about it?