I was recently talking to a friend about my job, and he asked me what Fauna & Flora International (FFI) ‘does’. Naturally, I launched into an exuberant description of FFI’s work to conserve biodiversity around the world.

A stunned silence followed my words. “OK,” he said, “but…what exactly is biodiversity?” As someone who works in communications, I was taken aback. I’m supposed to be good at this stuff!

But the truth is that conservation, like most specialty areas, is riddled with jargon. Many arcane terms become second nature for those of us who encounter them every day, and it is easy to forget that people who are new to conservation might not have a clue what we’re talking about.

And so we hit upon the idea of running a series of jargon buster blog posts. In future instalments we will attempt to demystify some pretty complex concepts, but first we thought it might be a good idea to cover some of the basics.

We hope you find this series useful. If you have any suggestions of jargon you’d like us to bust, we would love to hear from you in the comments below.

What is biodiversity anyway?

The phrase ‘biological diversity’ first appeared in the late 1960s and became fairly common in the scientific lexicon by the 1980s, along with its contracted form: ‘biodiversity’.

In a nutshell, the term biodiversity describes the variety of life on earth – within species (genetic diversity), between species, and between ecosystems.

This diversity makes our natural world more robust. If we think about humans for a moment: it is our genetic diversity that has allowed us to adapt and evolve, to survive as a species through disease pandemics and dramatic changes to our environment. 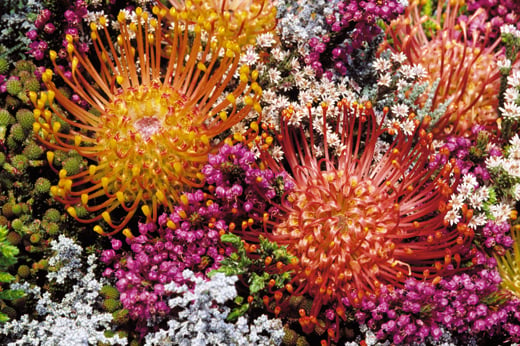 Variety is not just the spice of life, it is essential to a healthy, functioning planet. Credit: Juan Pablo Moreiras/FFI.

Diversity between species is equally important because inter-species interactions keep the whole system working and in balance.

Coral, for example, are tiny animals that contain algae (zooxanthellae) within their tissue. The coral provides the algae with a protected environment and the chemical compounds they need to photosynthesise. In return, the algae remove waste products, produce oxygen and supply the coral with the nutrients it needs to grow.

Corals come in all shapes and sizes, and together the different species form complex reefs that provide an ideal habitat for a huge range of other animal species, from small herbivorous fish to large predators.

Competition for resources has led many species to find their own unique niche within their environment, and in return they help to shape it.

Sea urchins, for example are important reef grazers, feeding on algae that would otherwise smother the coral. A mass die-off of long-spined sea urchins in the Caribbean in the 1980s caused tremendous damage to coral reefs in the region, and many are only just now beginning to recover.

So while corals come together to create a reef ecosystem that houses many other species, the health of the reef also depends on these species. Like all relationships, it’s give and take.

It is almost impossible to talk about biodiversity without mentioning ecosystems and habitats, so what are they exactly?

An ecosystem describes a community of interacting plant and animal species and their physical environment. The latter includes everything from topography (the shape and features of the landscape) to soil minerals to weather patterns. An ecosystem can be as tiny as a community of microscopic bacteria and as vast as a rainforest or desert. 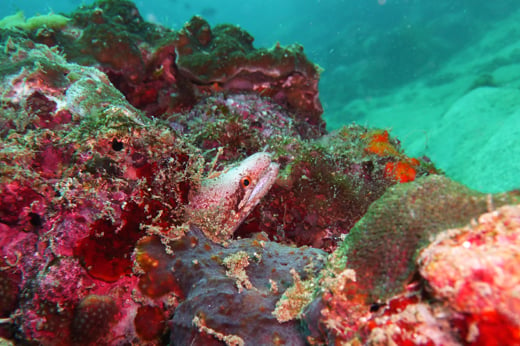 By comparison, when we talk about a habitat we are looking at a place through the eyes of a specific species, focusing on how that place provides food, shelter and everything else needed for survival. In short: a habitat is a species’ home.

Alongside climate change, habitat destruction is perhaps the most universal threat to wild species. Virtually every endangered plant and animal owes its threatened status, at least in part, to habitat loss. For this reason, it is very helpful for conservationists to think in terms of habitat as this compels us to consider what exactly it is that we need to protect. 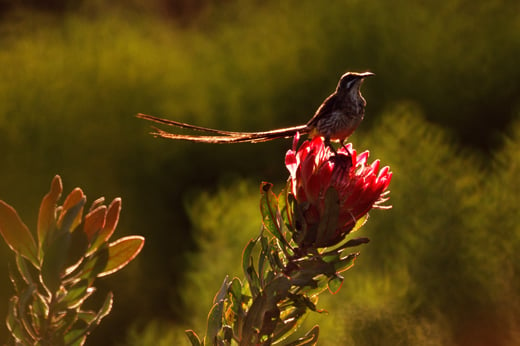 Habitat destruction is one of the most universal threats to wild species. Credit: Juan Pablo Moreiras/FFI.

Another term you may encounter is ‘biome’. This is used to collectively describe a type of ecosystem, even though specific examples may be scattered across the planet. For example, one might talk about the tropical rainforest biome, which would include equatorial rainforest ecosystems all around the world.

Earlier we mentioned that biodiversity encompasses diversity between ecosystems. Once again, this diversity is the key to a healthy and functioning planet. To take a broad example, healthy rivers, lakes and seas depend on healthy forests, which (among other things) help to prevent excess nutrients and sediments from polluting and choking up aquatic systems.

One last term to digest before we move on is ‘biosphere’, which – put simply – is the sum of all our planet’s ecosystems. It is the zone that contains all life on earth.

The last term we wanted to touch on in this instalment is ‘sustainable development’, a concept that lies at the heart of the modern environmental movement. Sustainable development is about making sure that we meet the demands of today, without compromising on the needs of future generations.

Some activities are inherently unsustainable. Our planet is home to finite reserves of certain resources such as oil, and though we may find ways of extracting every last drop, eventually supplies will run out.

Other resources such as fish and timber, however, are renewable. If they are managed well, they can replenish themselves and provide us with what we need – indefinitely.

The challenge is in knowing how to manage them well. What does a species (or resource) need in order to replenish itself, and how rapidly can it do so? How much can we take, and how quickly, without pushing the resource past its limits? What are the knock-on effects of our wider actions, such as habitat and ecosystem destruction?

Although this might seem like a rather utilitarian view of nature, it is important to remember that sustainable development should benefit nature as well as people, if done properly. And let’s not forget that human needs can also include more intangible things like peace and quiet, like natural beauty.

Ultimately, every element of our lives – from the food on our plates, to our fancy new smartphones, to the joy of a wild encounter – depends on nature in some way. That is why we have a moral duty to manage our natural world sustainably, to reduce our impacts on nature, to take only what we need and give ecosystems and species a chance to recover.

If we fail then we, our children and our grandchildren all face a bleak future indeed.