The recent news of the reclassification of Grauer’s gorillas from Endangered to Critically Endangered on the IUCN Red List of Threatened Species shocked and saddened many people. For me, however, I saw it as a victory and a great achievement – though I’ll admit that my cheers raised a few eyebrows!

Ever since I first visited Grauer’s gorillas when growing up near Kahuzi-Biega National Park in eastern DRC, and then throughout my studies and now through my work with Fauna & Flora International (FFI), I have known that Grauer’s gorillas were being decimated. But due to the civil unrest, no systematic surveys could be carried out and therefore the scientific data was not available to back up our suspicions.

Back in 2009, FFI decided to carry out a participatory survey of Grauer’s gorillas in the Lubutu sector, which is adjacent to Maiko National Park. This proved to be the catalyst for talks with other conservation NGOs on the threats facing Grauer’s gorillas and the need to carry out more surveys to determine their abundance and identify priority sites. With security increasingly returning to eastern DRC, the opportunity was there for us to restart Grauer’s gorilla surveys. 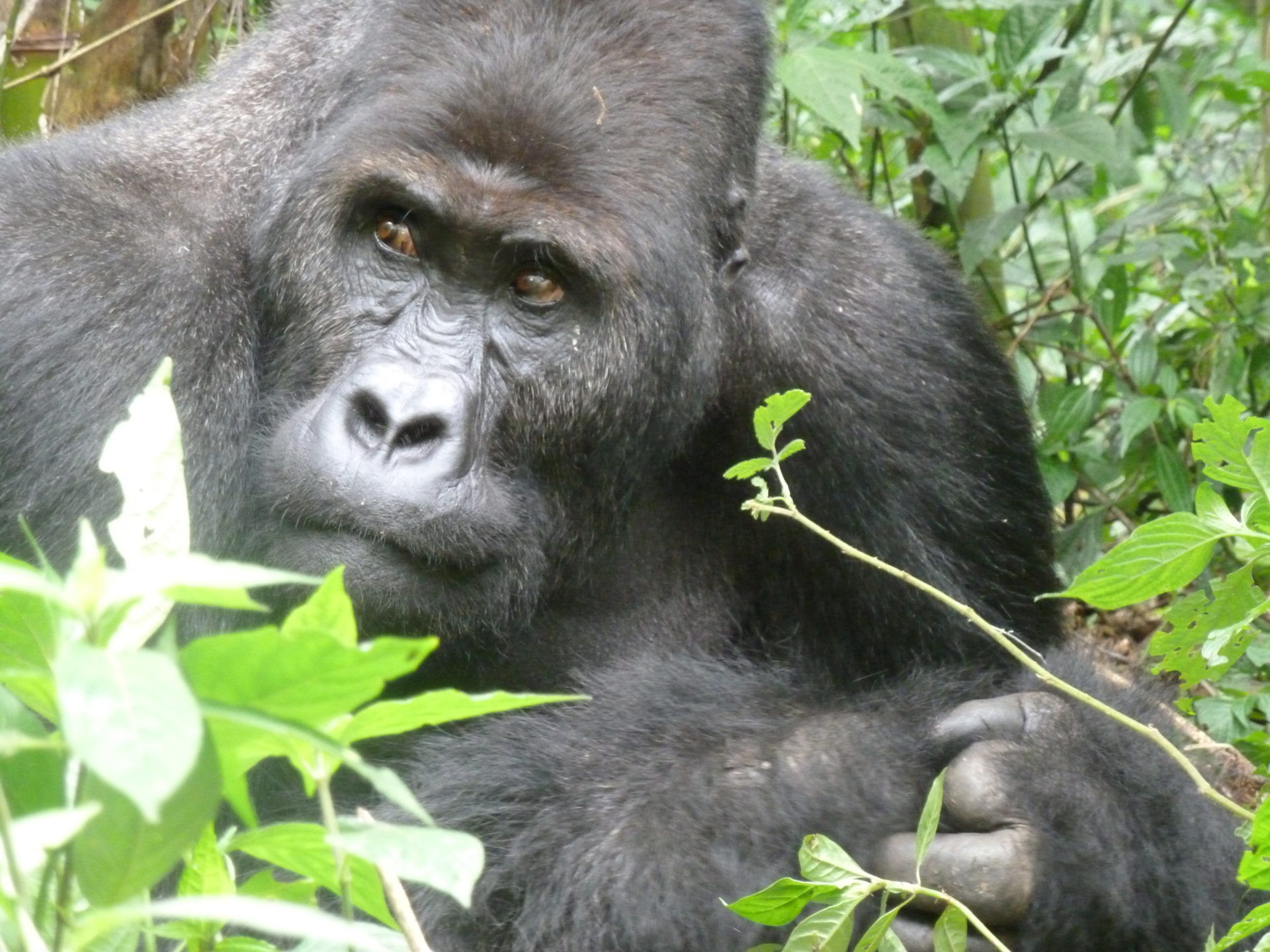 Hence, in 2012, a coalition of international and local NGOs was formed and each started systematic surveys covering as much of the Grauer’s gorilla range as possible in order to estimate population numbers, threats and priority areas for their conservation. FFI’s surveys focused on the Lubutu sector, in two community reserves called REGOMUKI and REGOLU. This arduous work and subsequent analysis resulted in the reclassification of the Grauer’s gorilla, and also formed the basis of a scientific paper in renowned journal PLoS One.

Since the surveys were carried out, FFI has continued supporting REGOMUKI and REGOLU community reserves through the recruitment, training and equipping of community rangers. A bio-monitoring patrol programme has also been developed and implemented with patrols being deployed on a monthly basis.

These patrols focus on areas of the reserves where Grauer’s gorillas are present, monitoring their presence as well as that of other species such as okapi, eastern chimpanzees and Congo peafowl. Patrol teams also remove snares and act as a deterrent for illegal activities such as deforestation.

FFI’s long-term vision is for community reserves to become functioning conservation units that contribute to the conservation of Grauer’s gorillas and help local communities to develop sustainable livelihood activities and sustainably use the natural resources they depend upon.

Despite the shocking news that there are only around 3,800 Grauer’s gorillas left, I cannot help but feel hopeful for this species. I look at the story of the mountain gorilla and what has been achieved for this subspecies in the past 20 years – there are many lessons learned that we can use to help us save the Grauer’s gorillas.

The fact that Grauer’s gorilla numbers are increasing in Kahuzi-Biega National Park shows that targeted conservation activities do work. There is also the fact that conservation NGOs have united and formed a coalition to better work together for the survival of these amazing primates, with a strong commitment to share data and resources. And last but not least, the support from local communities is a solid base upon which we can build.

It is my hope that the news of the reclassification and this research paper will generate the publicity and the funding needed to carry out conservation activities needed to save Grauer’s gorillas. My dream is, in 10 years, to be able to bring my sons to Kahuzi-Biega National Park to see these magnificent creatures in the lush forest of eastern DRC, and for them to be able to look into their eyes and see the same curiosity, interest and intelligence reflected there.

You can support FFI’s vital work to protect Grauer’s gorillas by making a donation.