Why being a woman makes light of Aceh’s toughest men

It was then that I realised that local people were not making a connection between increased flooding and human-wildlife conflicts, like elephants destroying their crops and tigers killing their goats.

I have developed a close relationship with communities and even with our Government counterparts and the police. I think this is because as a woman, I can break down some of the barriers.

We once trained 50 police who were mostly from Java, and the training was quicker and more effective than ever before. 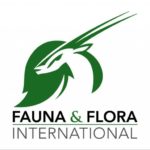 I remember when we first met with a Free Aceh Movement commander who was coming with us into the forest to collect tiger data.

The commander said I should not come on the trip because the walking would be too difficult for a woman. But I managed to convince him it was important for me to be there to check the quality of the data.

By the end of it we were good friends. If you don’t act like there is any difference, often other people won’t either. That’s how you get respect.

Many ex-combatants turned to forest crimes such as illegal logging, poaching and mining after a peace agreement between the Free Aceh Movement and the Government of Indonesia was signed in 2005. Finding other employment opportunities for these groups to reduce this threat to the forest is therefore really important.

The FFI field teams work closely with these ex-combatants, loggers and poachers to find them employment in an FFI Community Ranger programme. The rangers now have an important role as guardians of the forest, and educating communities about the importance of protecting the environment.

The most difficult aspects of my work is trying to address the day-to-day challenges of conserving Aceh’s forests.

In the last year elephants are increasingly raiding community crops. It is often difficult to explain to communities about the connection between growing crops and deforestation in the area.

Poor people are often extremely emotional due to their livelihoods being threatened and they do not want to listen us. We try to explain the link between illegal logging, mining and increased incidents of animals coming into areas where people work and live. 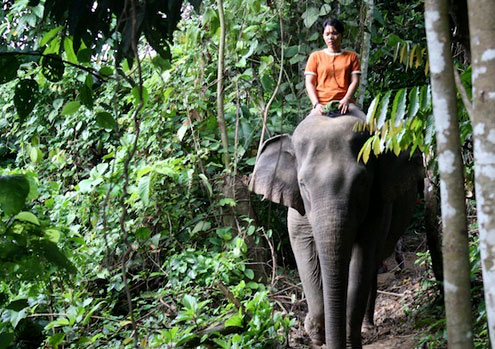 It’s a long and slow process and it’s difficult because for local people it is about having food to eat.

But I am pleased about our progress with the Community Rangers, who we started training two years ago. They are becoming increasingly skilled and independent in their ability to stop conflicts between people and animals. We are educating people.

What motivates me most to keep working hard, is my deep love for the forest.

This strong connection began from an early age when I used to go on day-long hiking trips with my friends. I remember having to save money to pay for these trips and now I can’t believe I get paid to work in the forest!

Most of all, though, what I treasure is working closely with the communities. You make lots of new family!