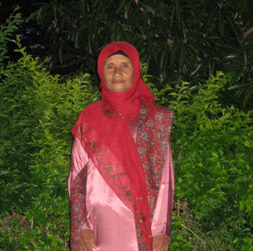 “I was named after a famous Indonesian pioneer of women’s rights and my last name means sustainable”, says Karinin Lestari, the aptly named Vice President of a local Minangkabau woman’s group.

Indigenous to the West Sumatran highlands of Indonesia, the Minangkabau (also known as Minang) ethnic group is the world’s largest matrilineal society although religious and political affairs remain largely under the influence of the male community members.

Even so, and despite Lestari’s petite and seemingly frail stature, she strikes a commanding figure and exudes a no-nonsense approach to getting things done.

“A strong woman can plant 10 betel nut trees in a day no problem”, she continues as we sit together in the reception area of the local meeting hall waiting for the open forum to begin. The pungent smoke of clove cigarettes permeates the air. 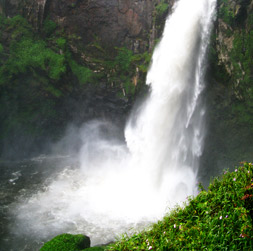 We have just arrived in Guguak Malalo, one of three sites of a project entitled ‘Integrating religion with conservation: Islamic beliefs and Sumatran forest management’. The initiative is run by the Durrell Institute of Conservation and Ecology (DICE) in partnership with Fauna & Flora International (FFI).

The three year faith-based community conservation project to promote and protect ecosystem services. It is funded by the British Government’s Darwin Initiative (DI) and has just entered its second year.

With support from the British Council, Conservation International-Indonesia programme and the Islamic Foundation for Ecology and Environmental Sciences, the DI project is providing training to local religious leaders and teachers as well as working within Islamic boarding schools in Padang and project field sites such as Guguak Malalo. 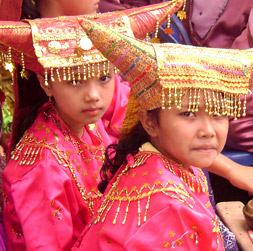 Further, the project has collaborated with the Center of Irrigation, Land and Water Resources at the University of Andalas to provide biodiversity training to forestry staff and community members as well as full scholarships for two Minangkabau students who will conduct their research within the DI field sites.

This innovative project is one of few projects anywhere in the world that is integrating conservation and Islam, especially in a pragmatic way. West Sumatra province is ideal because it still contains large patches of rainforest, with a watershed that services close to a million people.

Also, Islam and customary law still have a strong influence on daily life. There are several key principles in the Al-Qur’an that underpin conservation and outline the human role in conserving natural resources and ecosystem services. 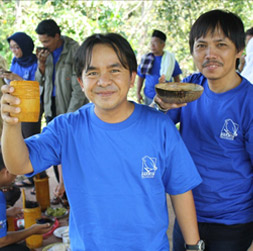 Today’s community meeting is being held to discuss the results of our recently conducted participatory rural appraisal. Using the Islamic principle of Hima (which allows communities to designate special areas for use as conservation zones), the ecosystem service and natural resource use areas as well as unproductive areas were identified and mapped.

The community will now apply the principle of Ihya Al-Mawat (reviving neglected land to become productive) through the creation of a community run field school and nursery.

Ms Lestari and the community members of the Guguak Malalo hope that the lessons learned here will serve as a source of inspiration for other communities in West Sumatra and across Indonesia.