In at the deep end

Edita is a part of FFI's Eurasia team, and is responsible for the development of a marine conservation and ecosystem services programme. With an MSc in Zoology and Marine Mammal Science, she has been actively working in the marine ecology field for a number of years with a special interest in whales and dolphins. Like a whale, she migrated from Central America to the east coast of Africa studying various cetacean species (from elusive harbour porpoises to magnificent humpback whales). Eventually it became clear that in order to have a healthy environment for one species, a balanced relationship should be maintained between people and the marine environment. So, she joined FFI where - applying this approach - she and the team (alongside local partners) have started developing marine conservation projects in the Mediterranean basin.

Life in the sea is diverse and exciting, with every single drop swarming with creatures, many of which we can barely even comprehend. The Eurasia region has an extensive coastline and large expanses of sea that are home to creatures such as the monk seal, angel shark and noble pen shell (a large saltwater clam).

Although Fauna & Flora International (FFI) has been working in the Eurasia region for some time, until recently our team was not actively involved in marine conservation.

Thus, one might ask why we have now decided to get our feet wet.

The simple fact is that all is not well beneath the ocean waves.

Less than 1.5% of the world’s oceans are currently protected. In the Mediterranean Sea this figure is just 3.8% with one marine protected area (the Pelagos Sanctuary) accounting for most (92%) of this meagre coverage. If we do the maths, we realise how much attention the rest of this massive water body (which is surrounded by millions of people, and cultures as diverse as its marine life) really needs.

And there are more worrying statistics.

70% of Europe’s marine habitats are in unfavourable conditions, while for 20% the status is unknown. Pollution is rife – a recent study showed that 95% of fulmars (a gull-like sea bird) in the North Sea had plastic in their stomachs.

And when we look at the state of Eurasian fisheries, the picture does not look good either: 88% of Europe’s stocks are over-fished, while farming fish can create a bigger problem than it solves (for example, did you know that it takes 20 kg of wild fish, such as anchovies and sardines, to produce 1 kg of farmed tuna?). By-catch is another major problem, and is the main reason for massive declines in rays and sharks (over 40% of which are now endangered).

In the face of such challenges, FFI has begun a marine scoping process in Eurasia – assessing what the issues are, where we can offer the most help, what form such assistance should take, and how this might work in reality. 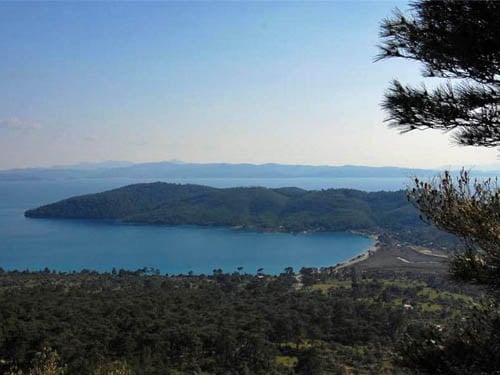 So let us now take a journey to the east, where the sun rises and Europe meets Asia: Turkey

Turkey is a transcontinental country, bordered by the Black Sea, the Mediterranean Sea and the Marmara and Aegean Seas, each with different ecological characteristics.

It is one of the most biologically rich countries in Europe and the Middle East. Some 472 species of marine fish have been identified in Turkish waters, of which 50% are believed to be in danger of local extinction. 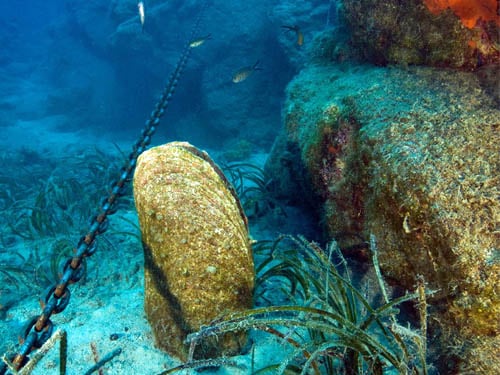 The noble pen shell (a large saltwater clam) is increasingly threatened by overfishing and the decline of its seagrass habitat. Credit: Zafer Kizilkaya.

From Istanbul we travel south, down the coast to Gökova Bay – the cradle of Endangered sandbar sharks and home to Critically Endangered Mediterranean monk seals. The purpose of our visit is to find out more about the newly established No-Take Zones (highly protected areas that are off-limits to fishing) and the challenges that local communities face.

Numerous studies have demonstrated the benefits of No-Take Zones including significant increases in the number, size and value of commercially valuable species. They also enhance the production of eggs and larvae and support growth of fish populations.

Until recently, it was assumed that the principal opposition to such marine reserves would be fishermen worried that they would suffer from not being able to fish in some areas previously open to them.

This is no longer true – at least in Gökova. The planning and establishment of six No-Take Zones was (and still is) fully supported by the local fishing community.

One of the main problems, however, is enforcement. Compliance breaches such as illegal fishing takes place in a variety of ways: spear-gun fishing, trawling and purse seining. During the summer months, illegal recreational fishing increases inside the No-Take Zones.

Pollution (in the form of solid and liquid waste) compounds the impacts of these activities.

Such illegal activities, and the lack of enforcement, generate a lot of discontent amongst the local fishermen, who agreed to give up some fishing grounds to safeguard stocks.

It is the end of November but the waters are still warm thanks to the hot summer months. So we plunge in, diving deeper to look for groupers and angel sharks. Instead, we see a ghost. It’s not our imagination – the ghosts of the Mediterranean are very real.

When fishing gear is lost, abandoned or discarded at sea, it continues to catch fish and damage the seabed for a long time – this is known as ghost fishing. Birds, dolphins, sharks and turtles also get entangled.

Fishing nets, long-lines and traps today are made of durable polymer fibres, built to last. While this seems great at first, such durability can kill millions of marine animals. According to some studies, fish deaths caused by ghost fishing may be up to 30% as large as annual landings.

Ghost nets contribute to marine litter that ends up on the beaches or stays at sea – modern plastics like monofilament fishing lines can last up to 600 years in the marine environment. Eventually it enters the food chain and ends up on our plate.

On a sunny Sunday afternoon we visit Akbük Bay, one of the newly established No-Take Zones. We are on the pier observing a squid slowly drifting away, undisturbed – safe from nets and fishing hooks. But then we spot an ‘alien’ cruising by: the trumpet fish.

The Mediterranean harbours around 600 alien species representing 5% of the known fauna and flora. Despite growing concern over the negative effects of such invasions we still know very little about what determines the distribution, abundance and successful establishment of invading species, and the vulnerability of native species and ecosystems to the invaders.

The puffer fish, which was first reported in Gökova Bay in 2003, possesses one of the strongest paralytic toxins known today (tetrodotoxin) and is regarded as one of the worst alien fish in the Mediterranean Sea – harmful to human health, fishing gears and biodiversity. A number of local fishermen have complained about the damage this species causes to fishing gear, but most people are still unaware of the toxicity.

Another troublemaker is the rabbitfish, which entered the Mediterranean through the Suez Canal. This herbivorous fish feeds on macroalgae and within a short timeframe can convert green underwater meadows into lifeless desert. One of the solutions is to restore natural regulation within the marine food chain by allowing top predators (such as grouper and dentex) to grow and reproduce.

The role of women

We are now in Akyaka harbour. Peacefully, as if bearing all the wisdom of the sea, a woman – a fisher, a sailor, a mother – is mending a net.

While fishing itself is mainly done by men, some women do fish and the majority of others are engaged in a number of directly linked activities, such as fish processing, packing and marketing.

These activities are vital for the survival and operation of the small-scale fishing industry, but as they are considered to be extensions of women’s social functions or domestic responsibilities (rather than income generating work) they are seldom given economic value and are frequently overlooked in assessments of the fishing industry and society. 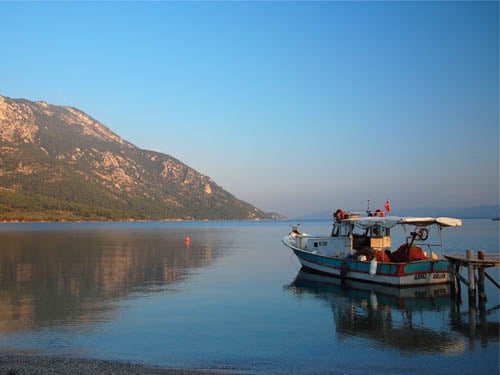 Interestingly, the number of actual fisherwomen is higher in this area when compared to the entire Aegean region. Some women fish alone, while others fish with their husbands or family members. The majority are involved in all aspects of the work from sailing, to catching and cleaning the fish, to repairing the nets.

We are only beginning to understand the ways in which women support, complement and subsidise men’s fishing efforts. To succeed in any marine conservation endeavour, we will need to improve our understanding of women’s roles in fisheries at a local level, and use this knowledge to ensure that our conservation actions make sense.

Successful conservation often requires a careful balance of acting quickly but carefully. In Eurasia, FFI is still in the process of identifying the challenges and talking to local partners to work out where we are needed most, and where we can be most effective.

This is a major task (hence the title of this blog), but we are lucky to have a springboard (in the form of our existing partnerships across Eurasia and marine experience from other regions) that will help us to make a strong start in the race to save Eurasia’s seas.

Edita is a part of FFI's Eurasia team, and is responsible for the development of a marine conservation and ecosystem services programme. With an MSc in Zoology and Marine Mammal Science, she has been actively working in the marine ecology field for a number of years with a special interest in whales and dolphins. Like a whale, she migrated from Central America to the east coast of Africa studying various cetacean species (from elusive harbour porpoises to magnificent humpback whales). Eventually it became clear that in order to have a healthy environment for one species, a balanced relationship should be maintained between people and the marine environment. So, she joined FFI where - applying this approach - she and the team (alongside local partners) have started developing marine conservation projects in the Mediterranean basin.