I’m not really one to boast, but …

I’m not really one to boast, but I have good reason.

I’m currently with FFI teams in West Kalimantan, Borneo. FFI began work in this province a decade ago with a $2,000 grant to help with patrols protecting orang-utans around Gunung Palung National Park. We have built steadily on that and now have a multi-million dollar programme, the focus of which is the conservation of three separate and different forest landscapes – all of them outside formal conservation areas. Within these landscapes we are working with logging companies and oil palm companies on High Conservation Value Forest assessments especially in peat swamp areas, with local government offices, and with the local communities. It is our dream that all this effort will lead to a patchwork of connected, secure forests under different regimes of sustainable management. 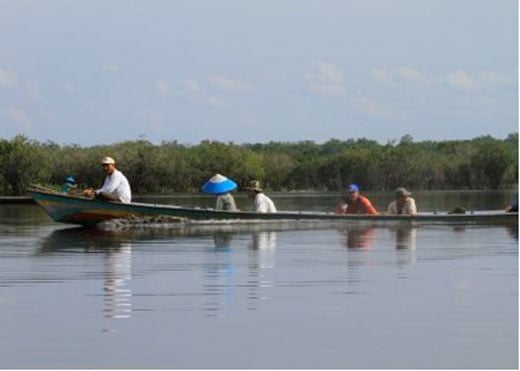 Despite being potentially hugely significant, one of the least ‘sexy’ elements of our work concerns REDD – the Reduction of Emissions from Deforestation and Degradation – the outcome of which should be a sustained flow of funds from carbon sales for the conservation of forests.

In order to progress with the complex process of getting forest carbon money, there has to be secure tenure. In the last few years the Indonesian government has promulgated a variety of policies and regulations relevant to REDD. One of the most important of these concerns Village Forests, areas which communities are given the rights and responsibility to manage for a certain number of years, and which include the ownership of carbon benefits.

This represents a remarkable progression in forest policy, given that over the 35 years I have been working in Indonesia, successive governments have made it very clear that while villagers may collect various non-timber products from particular forests under certain circumstances, they were not to hold the right to manage the forests. 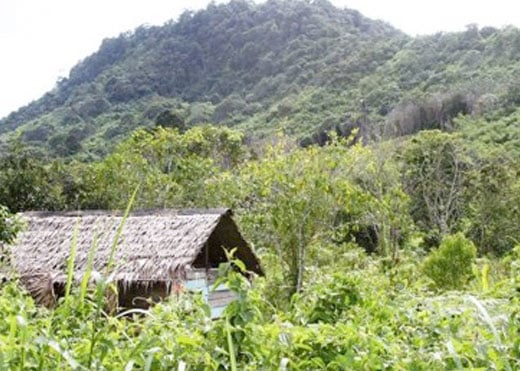 FFI is leading the way in facilitating these Village Forest agreements as part of our work across the region on community-based REDD initiatives. Indeed – and here is the boast – FFI has the most Village Forest experience and the most success, with some of its pioneering processes having been adopted as the national standards.

FFI teams are getting on and helping village communities obtain the Village Forest designation, and we have had 14 blocks covering about 25,000 ha in Sumatra and Kalimantan approved by all parties including the final sign-off by the Minister of Forestry. This is more than any other group has achieved in Indonesia. What is more, we have another set covering 50,000 ha in the pipeline in West Kalimantan alone.

To be sure, because Village Forests are still very new (even the government offices are not yet completely sure of the steps required), we have not had 100% success. The area requested in some of the proposals have been reduced (for seemingly subjective reasons), and a few proposals had to be abandoned before completion because the land was given over to oil palm interests. But we battle on, and the next step is to help obtain the licences to sell carbon for each of the village forests while getting ever more Village Forests designated.

I was lucky enough to visit three village forests this past week. The first was Laman Satong which is a long, forested ridge surrounded by an agro-forest of mature fruit trees. There we met Yohanes Terang, a Dayak who established his village some 25 years ago. His simple house is surrounded by plots with thousands of small black polythene bags with young trees, laid out in species groups.

As we sat in his front room and feasted on large numbers the fabled durian fruit, it became clear that Yohanes is an inveterate tree planter and there seems to be little he does not know about germination and planting times. He’s going to be a serious player in our new Global Trees Campaign project to plant threatened trees into village forests. Yohanes is also a published poet, a visionary, an acupuncturist, a philosopher – and a natural advocate for village forests. 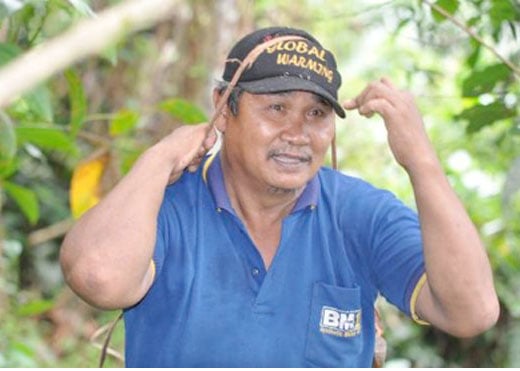 The other two were the neighbouring forests of Piasak and Jongkong Kiri Hilir which are just north of the mighty Kapuas River (the longest in Indonesia) in the middle of Borneo. From a conservation perspective they are significant in that they abut Danau Sentarum National Park, a complex network of rivers, swamps, lakes and dryland forests. To reach them we had to take our speedboat through some beautiful flooded forest dominated by stocky and often weirdly-shaped Gluta renghas trees, and we were lucky to see a Proboscis Monkey sometimes known in Indonesian as the ‘Dutch Monkey’ on account (perhaps unfairly) of the swollen, red nose of the adult males.

The Village Heads proudly showed off their forests (2800 and 4300 ha respectively) and they looked pretty good, albeit that they had had the largest trees taken out of them a few decades ago by logging companies. To reach the Jongkong Kiri Hilir forest we had to scramble over the decaying and partially-burned trunks of enormous trees which had made these forests so attractive to loggers.

The villagers remarked to us that these trees were now the only reminders to them, and especially to the young, of what their forest used to contain – and could contain again, given respite and careful management. They don’t want such trees to be only memories and the subject of stories.

FFI is working to get additional blocks of forests in the area under village control for even greater local benefits and conservation gains. I trust that our FFI teams will deal with the processes patiently as we draw ever closer to the Holy Grail of seeing REDD money flow. But I’m not really one to boast.