Illegal wildlife trade – Is there a better way to solve this problem?

What is the first thought that comes to mind when you hear about a poaching incident on the news? Catching the poachers? Punishing them with imprisonment? Sadness over another animal or plant being taken from the wild and the impact on the species as a whole?

How about preventing poaching in the first place? There’s no need for investigation or punishment if there is no crime.

But how can you prevent crime?

Criminologists have spent decades exploring this question, looking at whether we can achieve this by focusing support on vulnerable individuals during their childhood, by reshaping their psychology, or by influencing their wider communities or the immediate environment around them.

Your environment plays an active role in the decisions you make

Imagine this. You see a £1 coin on the ground in a train station. Do you pick it up? Say that the train station is empty, does this change your mind? How about if you notice that people are watching you or looking in the general direction of the coin; does that put you off? What if it is actually a £50 note – are you more tempted then? Or, conversely, if it is only a 1p coin, is it worth the effort? You notice that all your friends are picking up coins from the ground; do you join in? And what if you notice that it is glued down to the floor – do you go to the extra effort of removing it?

These are some of the ideas that situational crime prevention explores. It questions the immediate decision-making of a rational individual and what makes them choose option A over option B. It also guides interventions towards being more targeted and specific enough to influence those decisions at crucial moments in an individual’s decision-making process in order to make the criminal activity more difficult and risky, as well as making it less rewarding, less excusable, and removing provocations.

And so situational crime prevention focuses on reducing the opportunities to engage in crime, rather than on the individuals themselves. It helps practitioners identify which changes to the conditions around a person – who may otherwise be motivated to engage in illicit activity – would nudge them away from choosing to do so.

In the context of the illegal wildlife trade, this would mean finding ways to divert a motivated individual away from taking, killing, trading or possessing wildlife in contravention of national or international laws. 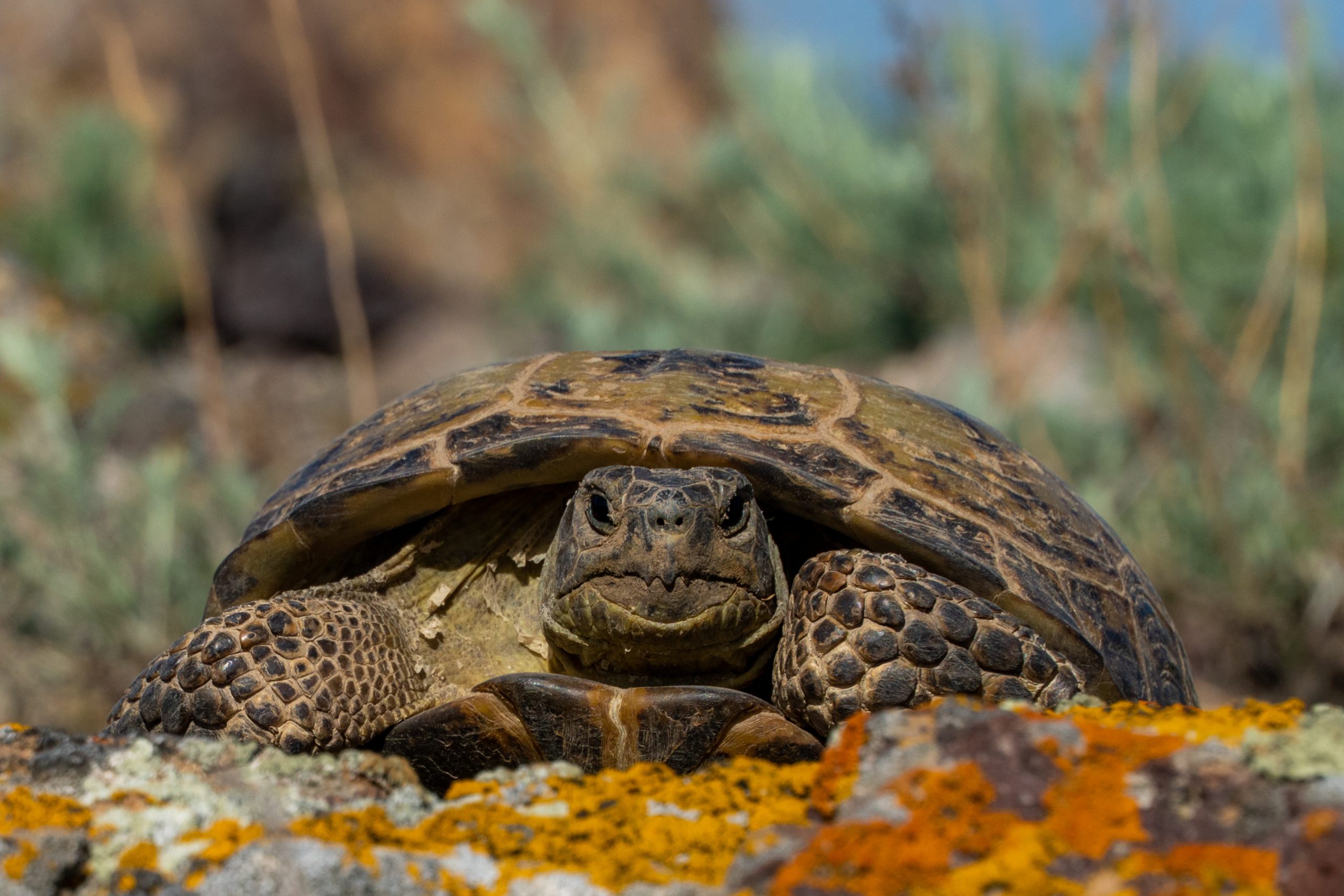 How can we discourage poaching of steppe tortoises in Central Asia? Credit: Denis/Adobe Stock

To take a hypothetical example, if an individual needs to get specific equipment, transport or information to successfully carry out a wildlife offence, can we make it more difficult for them to do so? Or, if the individual feels confident that they can evade detection, can we undermine this confidence by reducing their anonymity and monitoring key entry and exit routes? These are just some examples of how a range of targeted situational crime prevention techniques can work in concert to make it much more difficult to successfully carry out and benefit from illegal wildlife trade.

“Shouldn’t we just lock up all poachers and traffickers?”

The answer to that question is more complicated than you might expect.

Recent studies on prisoners convicted of wildlife offences show that individuals from marginalised communities (many of whom have few alternative sources of income) are often the ones punished – and disproportionately so when you think about the range of people involved. All along the illegal trade chain there are complex networks of individuals who facilitate, finance and fuel the demand for wildlife – yet most of these people never face the consequences of their actions.

And so we must ask if this is a just and fair approach.

Imprisonment doesn’t just affect the individual. It also adversely affects their families, communities and society as a whole. Families may lose their only or main source of income; the social fabric of a community may be damaged. Public money is diverted to pay for the individuals in prison. In some countries, prisons are overcrowded, have food shortages, and in some cases have led to further harm to prisoners.

And so we must ask whether this is an ethical approach.

Studies of non-wildlife offences have called into question the effectiveness of severe penal sanctions in reducing crime – in fact they have revealed instances where crime actually increases as a result. Long prison sentences can serve to reinforce an individual’s image of themselves as a criminal and help to build their criminal networks. A long prison stay can also make it difficult to reintegrate into society upon release, which can also lead to reoffending.

And so we must ask whether this is an effective approach.

To date, responses to the illegal wildlife trade have emphasised strengthening the criminal justice system, for example by improving criminal investigations. These responses, however, tend to begin after the crime has already been committed, when the impacts on biodiversity are often irreparable. Evidence from other areas of criminology suggests that situational crime prevention has the potential to help us shift beyond reactive law enforcement towards more holistic approaches that could be more effective, ethical and socially just.

This toolkit builds on experience from other sectors tackling non-wildlife crimes, and is being trialled at FFI project sites in Central Asia (looking at the illegal collection of steppe tortoises); Vietnam (focusing on the shooting of northern white-cheeked gibbons); and Nicaragua (looking at the illegal capture of yellow-naped parrots), to assess whether this approach can yield similar successes for conservation. 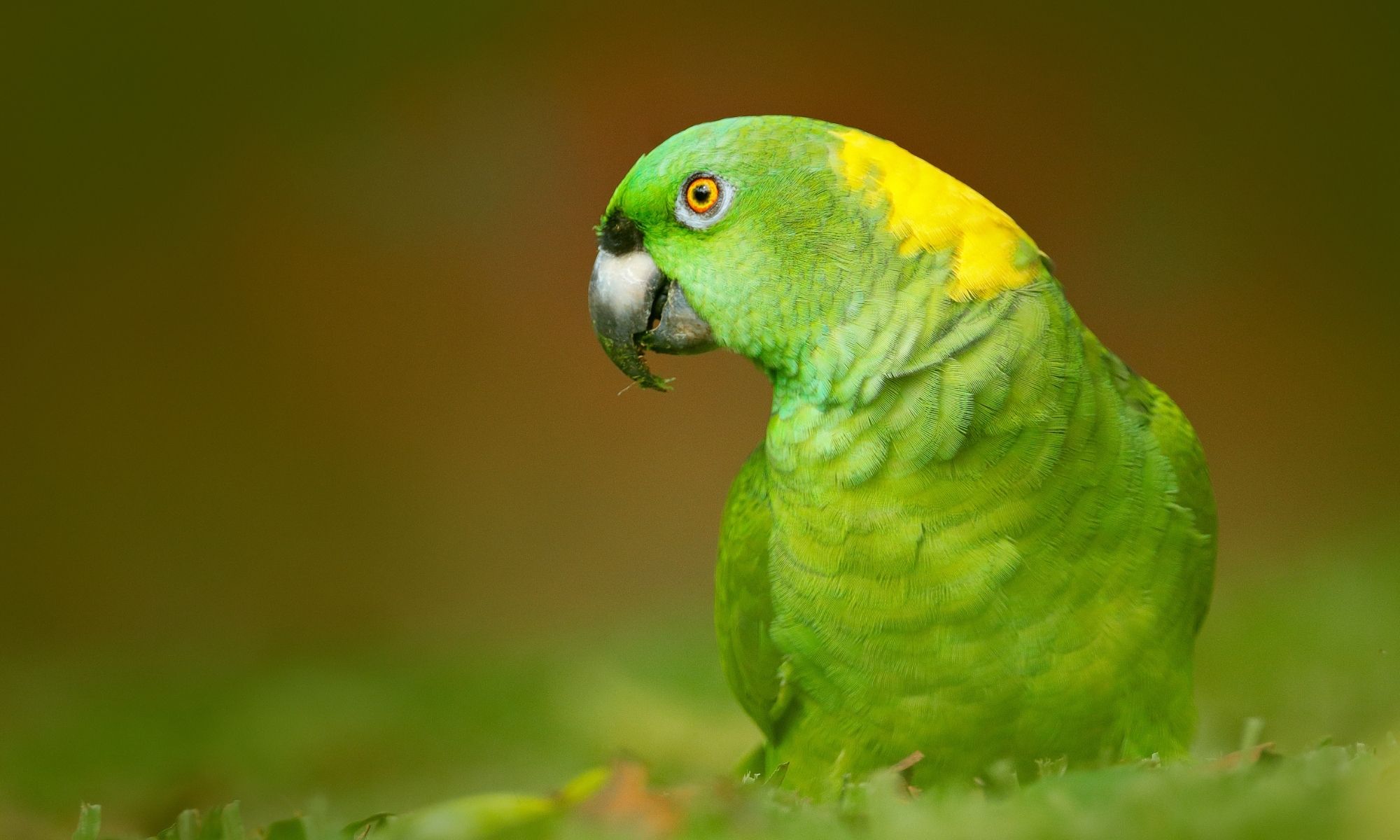 We are investigating the potential of this approach to deter poaching of yellow-naped parrots in Nicaragua. Credit: Ondrej Prosicky/Adobe Stock

Our project teams are using the approach set out in the toolkit to understand the chain of events that leads to the wildlife offence in question taking place, and then to design interventions along this chain of events that will deter poachers from carrying out the illegal activity (such as making it harder to purchase essential supplies from local communities).

The toolkit is freely available to download here (and also on the Problem-Orientated Policing website), and will soon also be available in French, Russian, Spanish and Vietnamese.

We look forward to sharing our lessons and experiences from rolling out this novel approach to tackling illegal wildlife trade, and evaluating its potential to transform the way we work to prevent extinctions.