There is a reason why Brava, the smallest inhabited island in the Cape Verdean archipelago, is known as the island of flowers. With its luxurious vegetation, thanks to its rainforest microclimate, Brava’s green mountainsides starkly contrast with the white sandy beaches and hot, dry conditions for which Cape Verde is famed.

This Jurassic Park-esque landscape is home to some fascinating trees: the mighty iron tree, a hardwood species that towers high on hillsides; the phoenix palm, with its rich fruits consumed across the island; and the Cape Verdean dragon tree, which ‘bleeds’ red when its bark is cut. But there are also many smaller, unassuming plants found on the island, including wildflowers that grow nowhere else on Earth and many more that are valued for their medicinal properties.

But on Brava, as across much of the rest of the world, botanical diversity is in jeopardy. Anthropogenic pressures from unsustainable collecting of wild plant material, uncontrolled grazing of livestock and the spread of alien invasive species combined with a three-year drought are pushing the island’s flora to the brink. The entire global population of the Serralha-de-Brava, for example, a wildflower of the daisy family, is confined to just one tiny area in north-west Brava and is critically endangered. 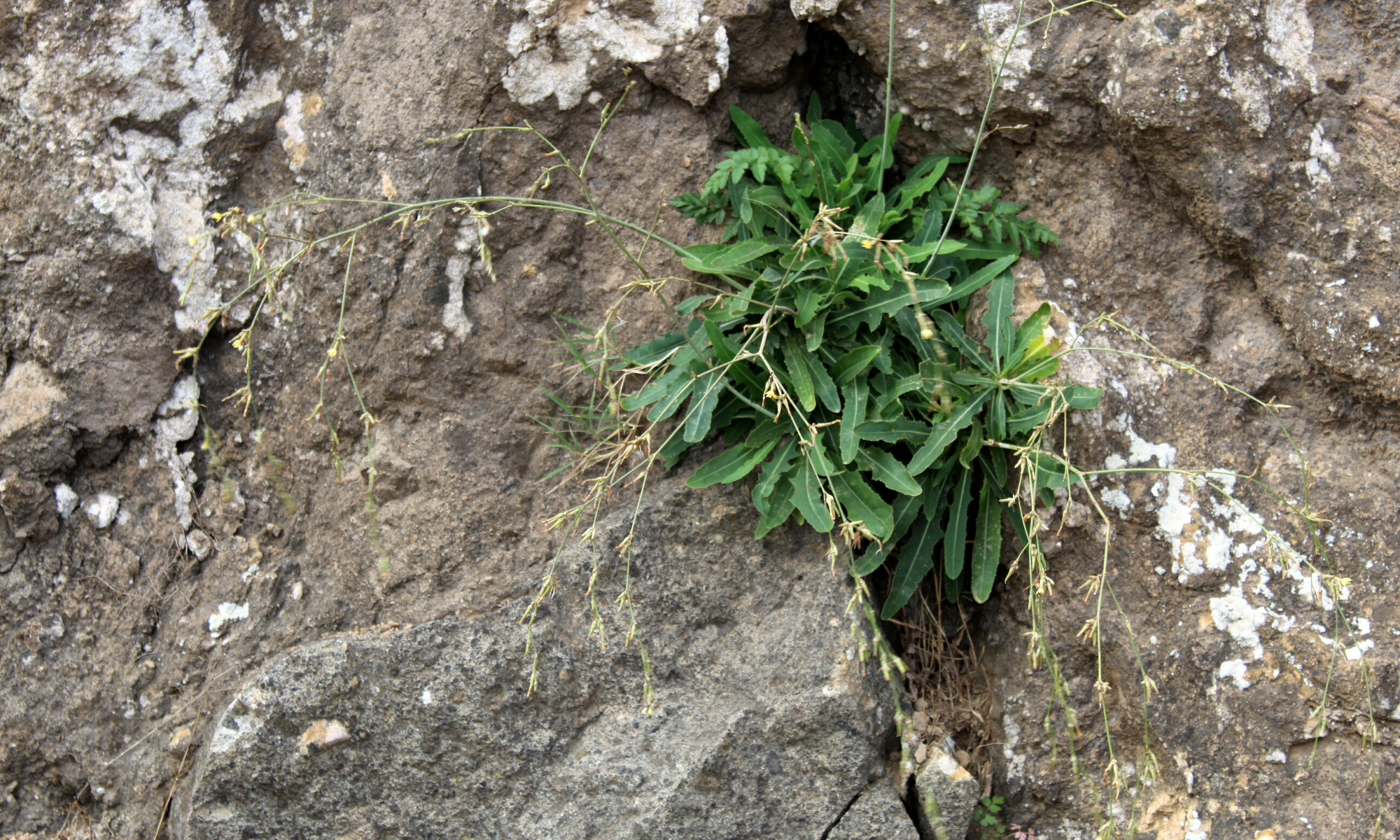 The Serralha-de-Brava may look unassuming, but it plays an important role in the local ecosystem. Credit: Biflores

Fauna & Flora International (FFI) has been working in Cape Verde since 2012, focusing mainly on marine conservation on the island of Maio, but in 2017 an opportunity arose to work with a fledgling NGO called Biflores that was looking to safeguard Brava’s native plants. Three years on, Biflores has expanded to a strong team of passionate conservationists and is now firmly rooted as Cape Verde’s first flora-focused NGO.

It’s one thing to protect an iconic species that has been charming wildlife documentary-lovers for decades, but trying to conserve a humble ‘weed’ is an entirely different challenge, and one that Biflores was faced with from the beginning.

“On Brava, people know that the native plants exist because they have always collected them for feeding to their animals, for firewood or for medicine. But they don’t know that some of these plants only grow in Cape Verde and are threatened. Therefore, we knew we had to raise awareness about the plants’ uniqueness and the threats they face, in order to conserve them,” said Gelson Monteiro, Project Leader at Biflores.

Alongside working with livestock owners to increase knowledge around the species that are currently suffering due to uncontrolled grazing, Biflores has established an education programme at the school at Nossa Senhora do Monte. Central to this programme is the development of a nursery where native plants will be cared for by the students before eventually being planted at carefully selected restoration sites across the island. 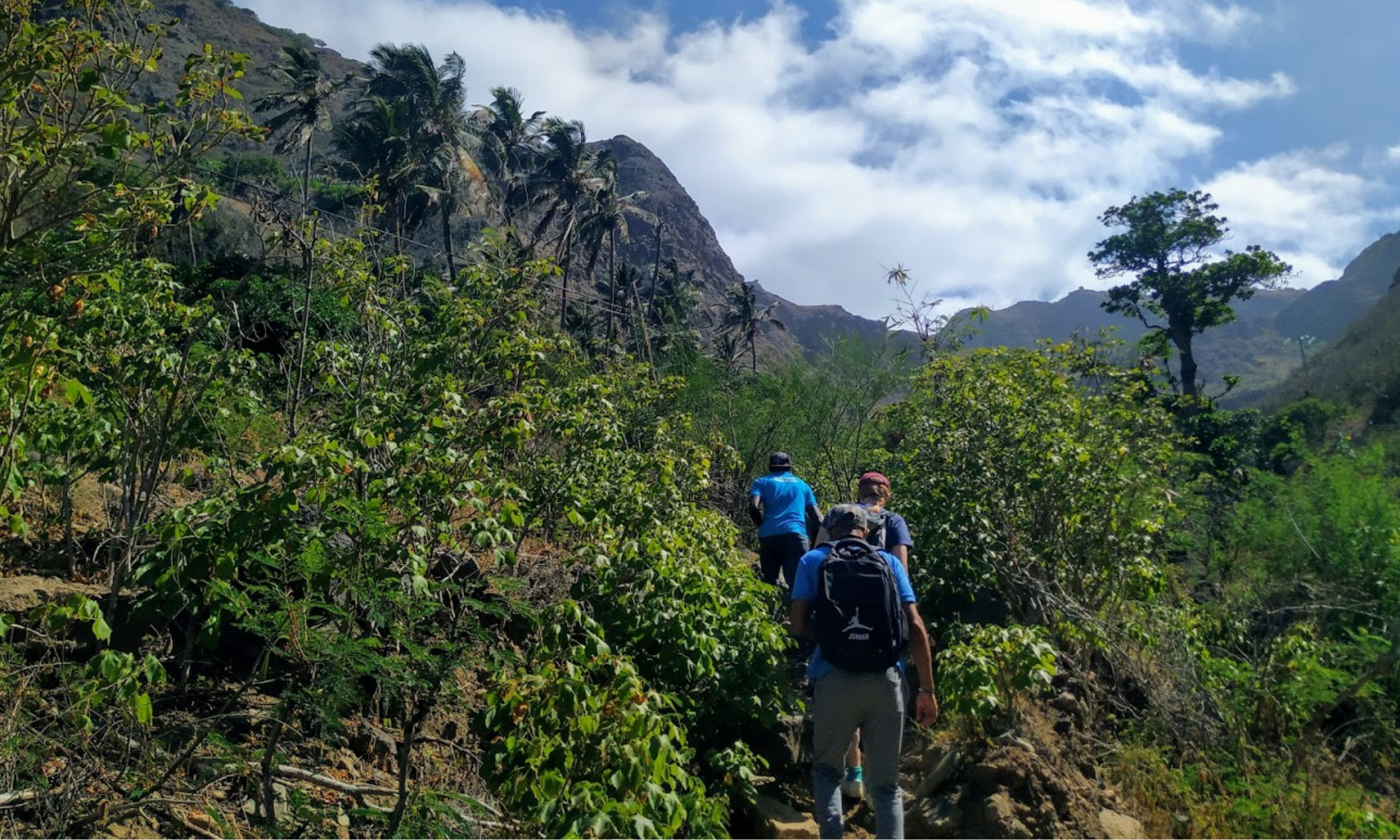 Planting was under way in early 2020, but was abruptly halted with the arrival of Covid-19 lockdown and travel restrictions on Brava. With the school closing, students and teachers were not able to monitor the growing plants and the project suffered a further blow when the nursery was broken into and plants were stolen to feed animals.

“These plants have always been seen as food for animals,” remarked Gelson. “We cannot expect people to change their attitudes towards these species straight away; it will take time. Our hope is that, in future, people will want to protect the plants for their ecological value, so they will no longer allow their animals to eat them.”

With schools across Brava still closed due to the pandemic, project activities remained on hold and, with project funding running out, it was not clear whether Biflores would be able to continue its work – the nursery was not complete and remained unprotected from harsh, windy conditions and further break-ins, and collaboration with livestock owners had barely begun. Without these pivotal activities, the long-term success of the project would be left hanging in the balance.

This uncertainty mirrored the situation faced by FFI partners around the world following the spread of Covid-19. In response, FFI launched its Partner Crisis Support Fund to safeguard the future of the organisations and people who work tirelessly to keep vital conservation work moving forward.

FFI is pleased to offer support through the Partner Crisis Support Fund to Biflores during this difficult time. This emergency funding will ensure that, once it is safe to do so, work to conserve Brava’s endemic plants will resume and the island of flowers will continue to live up to its name.