Gorilla on the brink

Close cousin of the mountain gorilla – the world-famous great ape immortalised in that memorable encounter with Sir David Attenborough filmed for Life on Earth – Grauer’s gorilla is relatively little studied, and largely unknown outside conservation circles.

The largest of the world’s primates, Grauer’s gorilla is often referred to as the eastern lowland gorilla, a slightly misleading name given that it also occurs at higher altitudes. The entire population of Grauer’s gorilla is confined to the primary tropical forest of eastern Democratic Republic of Congo (DRC), a conflict-racked corner of Central Africa.

Grauer’s gorilla is more numerous than its better-known montane counterpart, but it is patchily distributed – in small pockets – across a vast area 800 times larger than the habitat occupied by mountain gorillas. Even at the time of the earliest surveys in 1950, the population was already fragmented and under considerable threat. 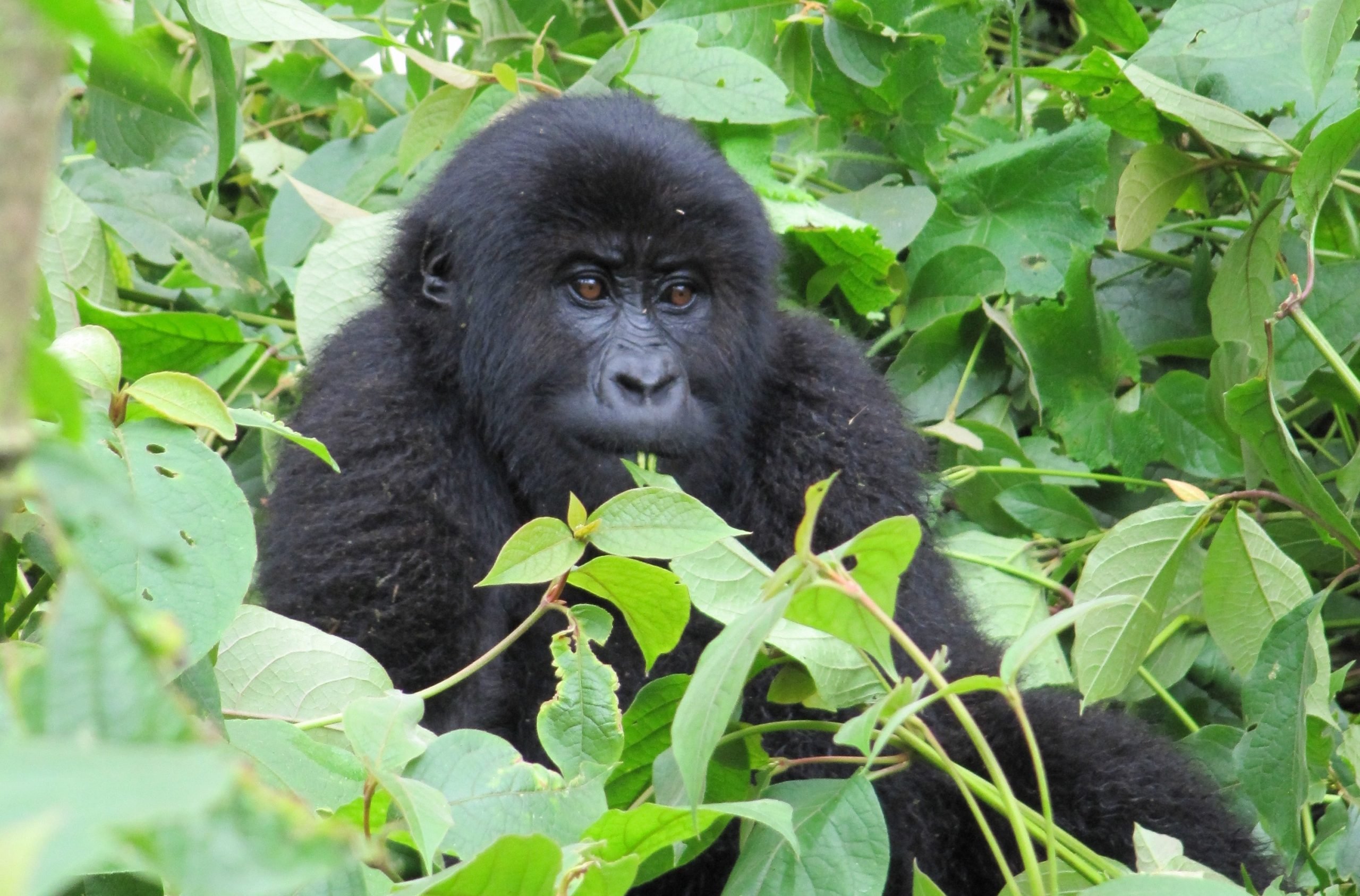 The downward trajectory continues. In recent years, numbers have plummeted at an alarming rate and the gorilla’s range has shrunk dramatically. According to a 2016 survey, an estimated 3,800 Grauer’s gorillas remained in the wild. A recent follow-up study has led to this estimate being revised upwards to 6,800, but this is still considerably less than half the number recorded a quarter of a century earlier.

Whether you type ‘Grauer’s gorilla’ or ‘eastern lowland gorilla’ into your search engine, there’s no escaping the depressing reality: for much of the last decade, this physically imposing great ape has enjoyed the dubious distinction of featuring on the list of the world’s 25 most endangered primates.

Why are Grauer’s gorillas critically endangered?

Grauer’s gorilla is confronted with a barrage of threats that are in danger of sweeping this great ape off the planet. These include agricultural expansion, illegal and unregulated mining, hunting for bushmeat, and deadly diseases such as Ebola haemorrhagic fever.

Further human encroachment into its shrinking habitat also exposes this critically endangered gorilla to other emerging human-borne viruses such as Covid-19, and to retaliatory killing for crop-raiding. 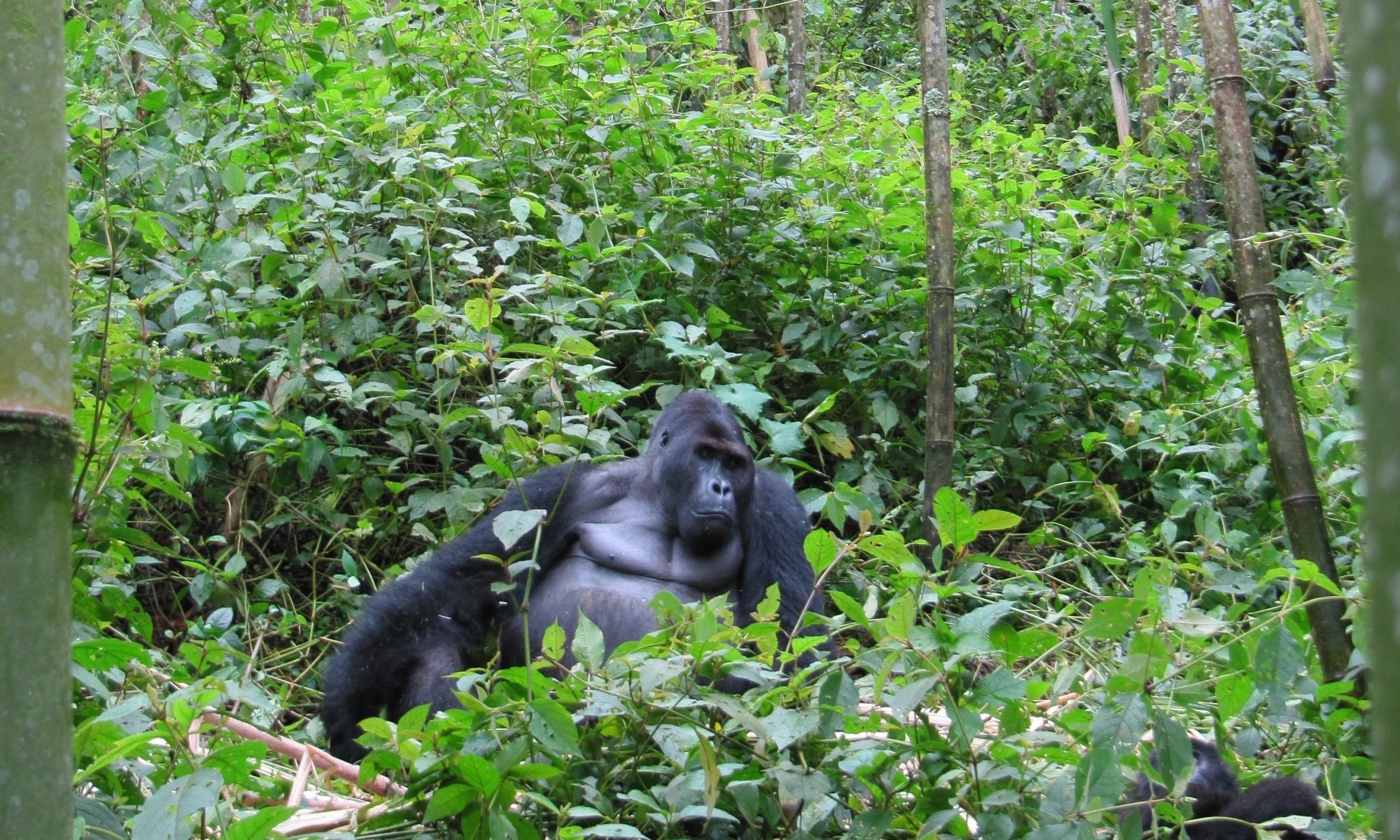 Since 1995, the number of Grauer’s gorillas left in the wild has declined by about 60%. Credit: Stuart Nixon/Fauna & Flora International

As if these threats weren’t enough, Grauer’s gorilla has the misfortune to inhabit a region that has been plagued by violent conflict and civil unrest for decades, making its position even more precarious.

It is not all doom and gloom, however. In the face of multiple threats, some tremendous work is being done to halt the dramatic decline of Grauer’s gorilla – as well as the eastern chimpanzee – under the auspices of the Eastern DRC Great Ape Conservation Action Plan.

How FFI is helping Grauer’s gorillas

Fauna & Flora International (FFI)  has been working with communities and local authorities to safeguard Grauer’s gorillas and their habitat since 2011. To date, our efforts have focused specifically on three community forest areas to the west of Maiko National Park. Covering about 1,500 square kilometres between them, these forests serve as a buffer zone for the national park itself, much of which is inaccessible as a result of the long-term presence of rebel militia.

Within these reserves FFI focuses on supporting locally led monitoring of biodiversity and illegal activities helping to train and equip rangers drawn from the local communities. We are also working with communities to improve their livelihoods and support sustainable natural resource use – for example, by providing them with the means to build energy-efficient stoves that improve health and reduce the need for firewood collection.

Grauer’s gorilla is in grave danger of being wiped off the face of the Earth. Like the individual threads in a tapestry, every single species plays a crucial role in the bigger picture.
Please support our vital work to protect Grauer’s gorilla and all the other irreplaceable species on the planet - before it’s too late.

Our strong community links have not only enabled FFI to mitigate conflict, but also helped us to locate several groups of Grauer’s gorilla that had gone undetected during earlier surveys. Most of the gorillas located to date have been found in remote forests at high altitude, away from human disturbance. As the number of community-led patrol teams has increased, additional groups have been located, but their fate is in the balance.

There is an urgent need to safeguard as many Grauer’s gorillas as possible both within and outside protected areas – and to ensure the connectivity of their habitat – in order to maintain the genetic diversity on which the long-term viability of the subspecies will ultimately depend.

Despite the fact that Grauer’s gorilla is officially categorised as Critically Endangered on the IUCN Red List, there is hope for these magnificent creatures. Their closest relative, the mountain gorilla, is living proof that targeted conservation measures do work.

Mountain gorilla numbers have increased to the point where experts have seen fit to downgrade this great ape’s IUCN Red List status from Critically Endangered to Endangered. The story of its recovery from the very brink of extinction is one of triumph in the face of seemingly insuperable odds.

That achievement is important in its own right, but it also points the way forward for the conservation of Grauer’s gorilla in DRC. We need to take note of lessons learned, not least the fact that collaborative action, community engagement and long-term commitment are key to success. 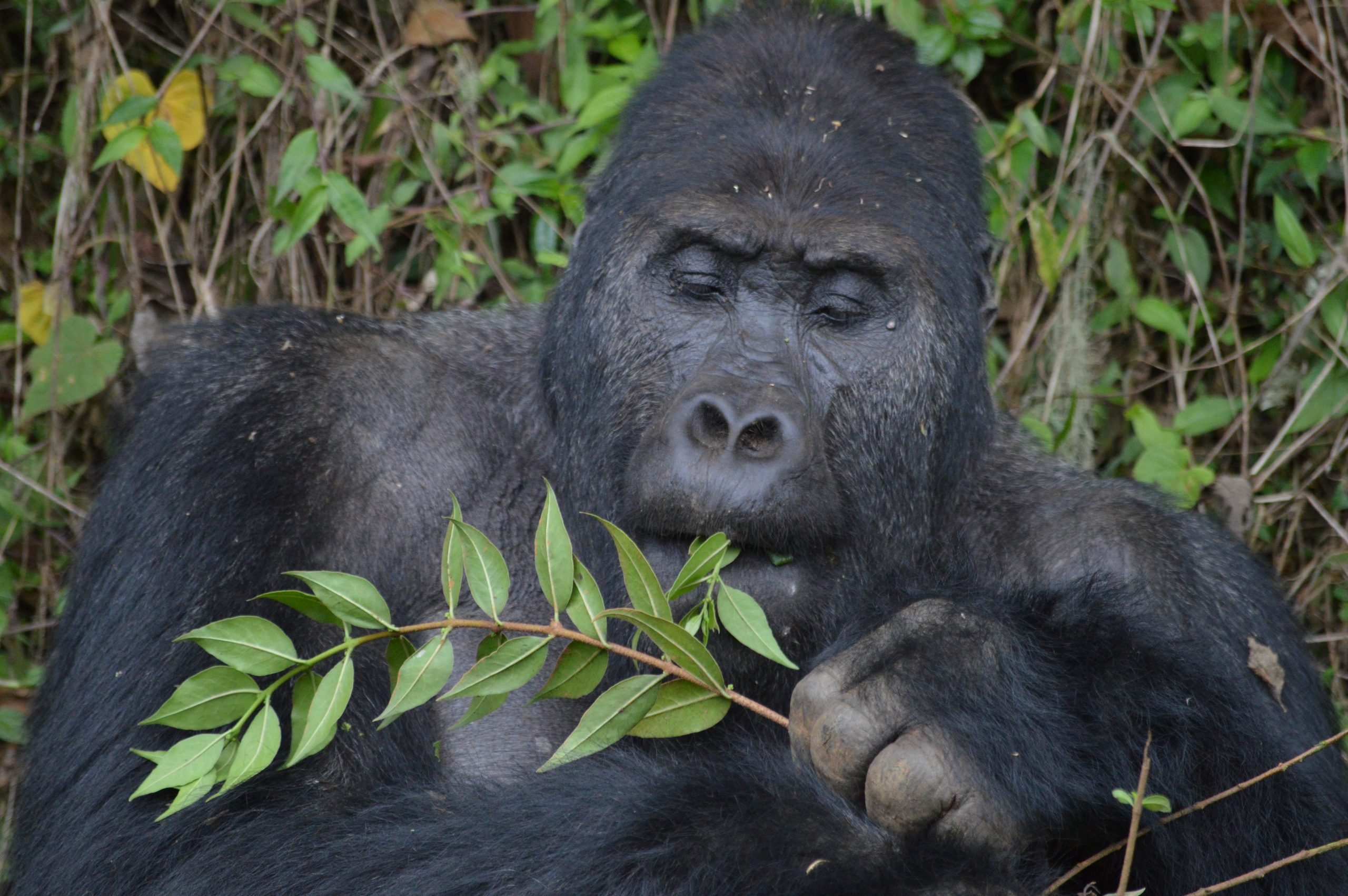 Increased support for community reserves is vital for the long-term protection of Grauer’s gorillas and many other species. Credit: Angelique Todd/Fauna & Flora International

FFI support for the efforts of wildlife authorities and communities is already having an impact. As we seek to broaden the scope of our work to cover more gorilla territory, insecurity is obviously an ongoing issue, but the main constraint is funding. With additional support, we could be doing even more to ensure the survival of Grauer’s gorilla.