Game-changing year for nature? A look ahead to four key global events in 2022

It is hard to imagine now, but as 2019 drew to a close, hopes and anticipation about the year to come were running high in conservation circles. 2020 was being hailed as a “biodiversity super year”, with global leaders scheduled to meet and discuss what were – and still are – some of the most critical issues of the day: the perilous state of our planet’s climate and its biodiversity.

More than two years on, and only one of those key conferences – climate COP26 – has taken place; the fate of the others still hangs in the balance as the world faces yet another wave in the pandemic.

Often buried beneath Covid-19 headlines are grim tidings of climate-related disasters – deadly floods, unprecedented tornados, devastating wildfires…the list goes on. Less often in the headlines, but just as compelling, are the declines in biodiversity: one million species are now at risk of extinction according to a 2019 UN-backed report, while ecosystems are rapidly being degraded (around 100 million hectares of tropical forest were lost between 1980 and 2000, to take just one horrifying example). 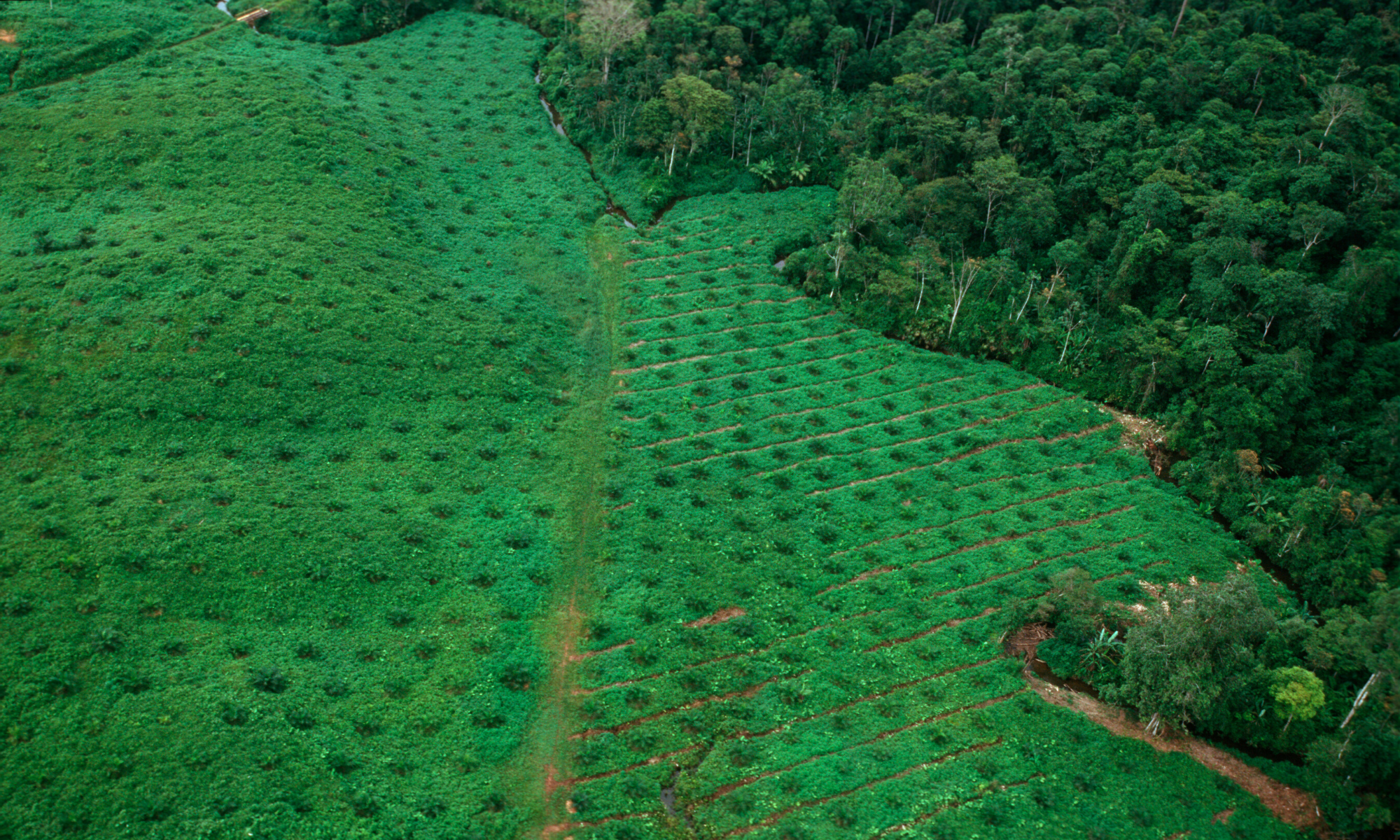 With the clock ticking, can 2022 be the new “biodiversity super year” that we so desperately need?

This year’s scheduled events have the potential to bring about real positive change for our planet and Fauna & Flora International (FFI) will be focusing in particular on the four global gatherings that could prove to be make or break in our collective struggle to avert climate chaos and biodiversity meltdown.

Decisive action is needed over the next decade to halt and reverse biodiversity loss, avert catastrophic climate change, and ensure future human and planetary health.
To do this, we must achieve these Five Breakthroughs for Nature.

This year’s UN Ocean Conference is only the second such meeting. The inaugural conference, held in 2017, resulted in the adoption of a 14-point Call for Action by the 193 UN member states, in which they affirmed their “strong commitment to conserve and sustainably use our oceans, seas and marine resources for sustainable development”.

This follow-up conference, scheduled to take place from 27th June to 1st July 2022, is intended to bring together representatives from government, business and civil society to discuss the threats to our ocean, and to “propel much needed science-based innovative solutions aimed at starting a new chapter of global ocean action”.

The ocean is the planet’s largest biosphere, covering 70% of the Earth’s surface. It is estimated to hold an incredible 80% of all life on Earth and generates half of the oxygen we breathe. The ocean also plays a critical role in global climate regulation by absorbing a quarter of all carbon dioxide emissions and capturing 90% of the additional heat generated from those emissions.

What is more, an estimated one billion people depend on seafood as their primary source of animal protein, while millions more depend on the ocean for their livelihood. 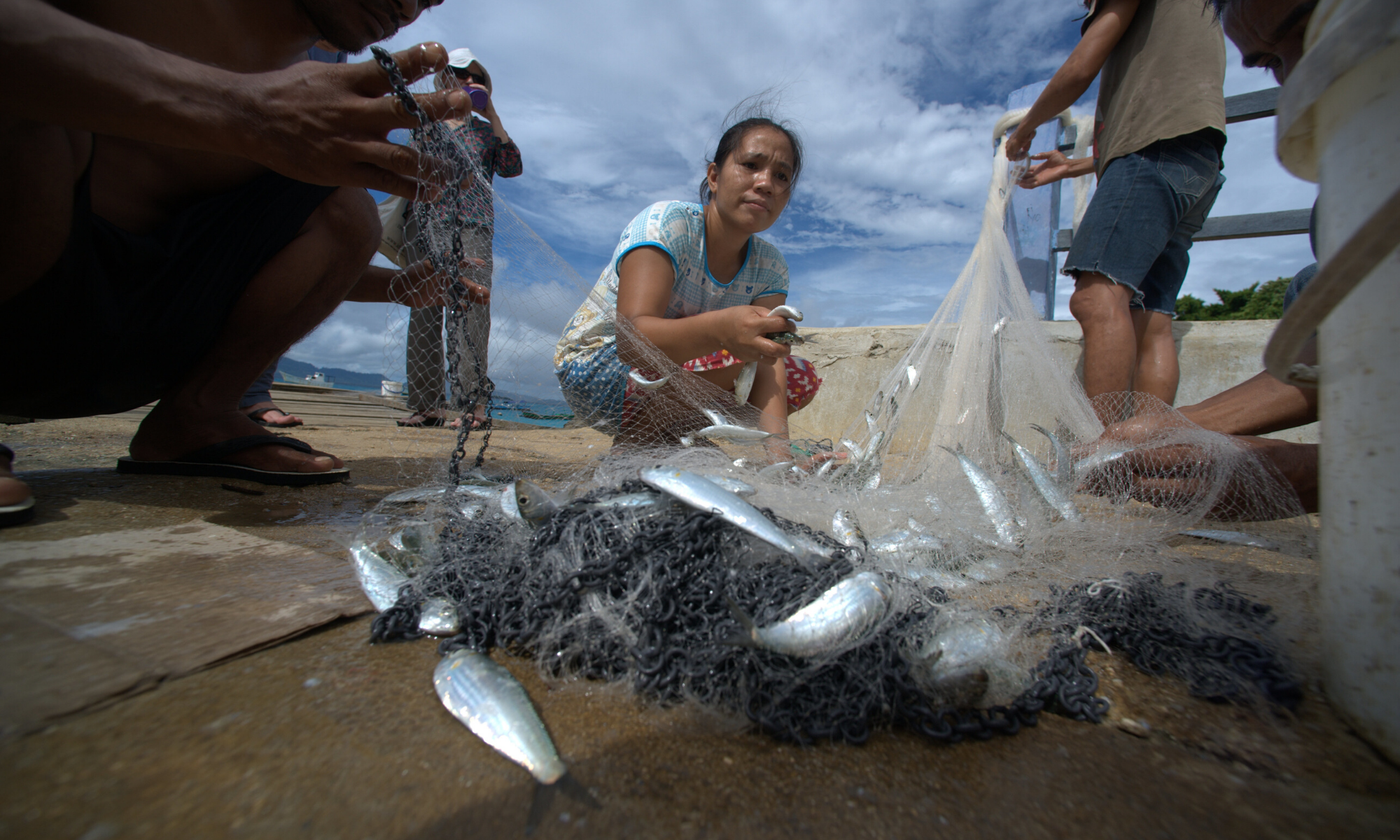 It is clear therefore that we cannot address the twin climate and biodiversity crises – nor can we achieve the Sustainable Development Goals – without tackling the manifold threats to our ocean, which range from pollution, temperature rise and acidification to habitat destruction, overfishing and species loss.

To achieve this will require global cooperation. Perhaps more than any other biosphere, the ocean system is connected – its waters flowing and intermixing right around the globe. That is why, from an environmental standpoint, we no longer refer to multiple oceans, but rather to the one global ocean.

FFI will be straining every sinew to ensure that all stakeholders embrace this opportunity to come together and take collective action on a wide range of ocean-related issues from marine pollution to overfishing and deep-sea mining.

The Convention on Biological Diversity (CBD), the global agreement for nature, has been in place since 1992. The latest meeting of signatories to the convention (COP15) has been postponed several times and until recently was rescheduled for 25th April to 8th May, but that date is now being pushed back again, probably to August.

The world’s biodiversity remains in steep decline. This despite the fact that our total dependence on nature for all aspects of life is increasingly apparent, and its key role in addressing climate change widely acknowledged.

Despite ambitious international targets, to which 196 governments worldwide signed up, the CBD has to date proved ineffective at stemming the loss of biodiversity and ecosystem services on which all life on this planet relies. Not one of the so-called Aichi Biodiversity Targets was fully met. 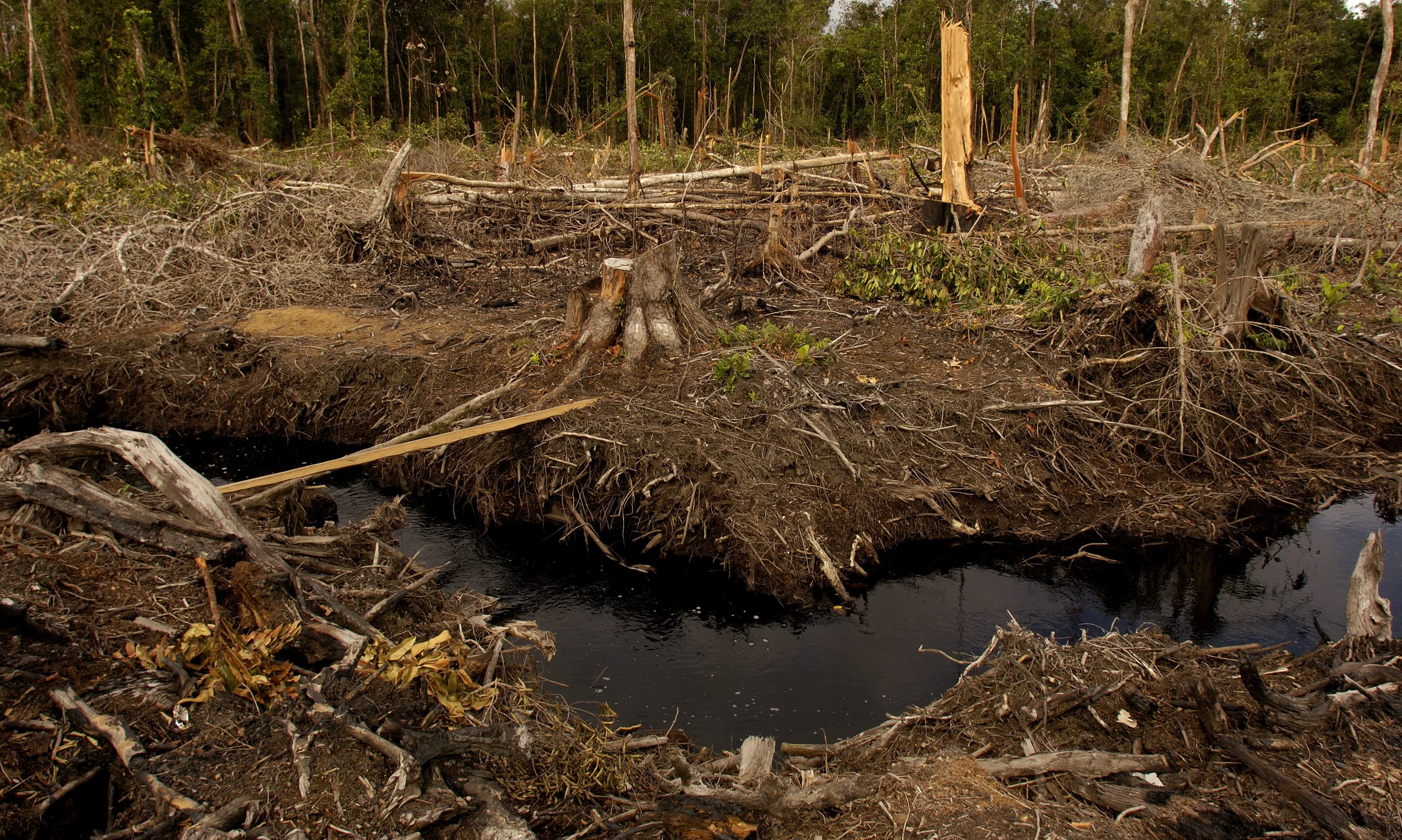 The development of a new Global Biodiversity Framework under the CBD offers the opportunity to make a step change in the way the world interacts with nature. If the framework is to be effective, and attract widespread support, a number of key principles must be embedded within it, to ensure that past mistakes are not repeated and that it can play a part in guiding the transition to a more sustainable future.

Foremost among these is the recognition that climate and nature goals are inextricably linked – two sides of the same coin, in effect – and cannot be addressed separately.

The COP26 climate conference, held in Glasgow in November last year, had what can only be described as mixed reviews. On the plus side, nature was at the centre of discussions for the first time, with almost universal recognition that we cannot solve the climate crisis without solving the biodiversity one. Parties also committed to “phase out” fossil fuel subsidies and to “phase down” coal, which is notable because – rather remarkably – fossil fuels have never been specifically mentioned in previous COP outcomes.

The challenge for COP27, currently scheduled for 7th to 18th November, is to keep up momentum.

Though it had many positives, the Glasgow Climate Pact is still far from where we need to be. Analysis shows that commitments from governments as they stand will not achieve the Paris Agreement goal of limiting global warming to 1.5C above pre-industrial levels this century. 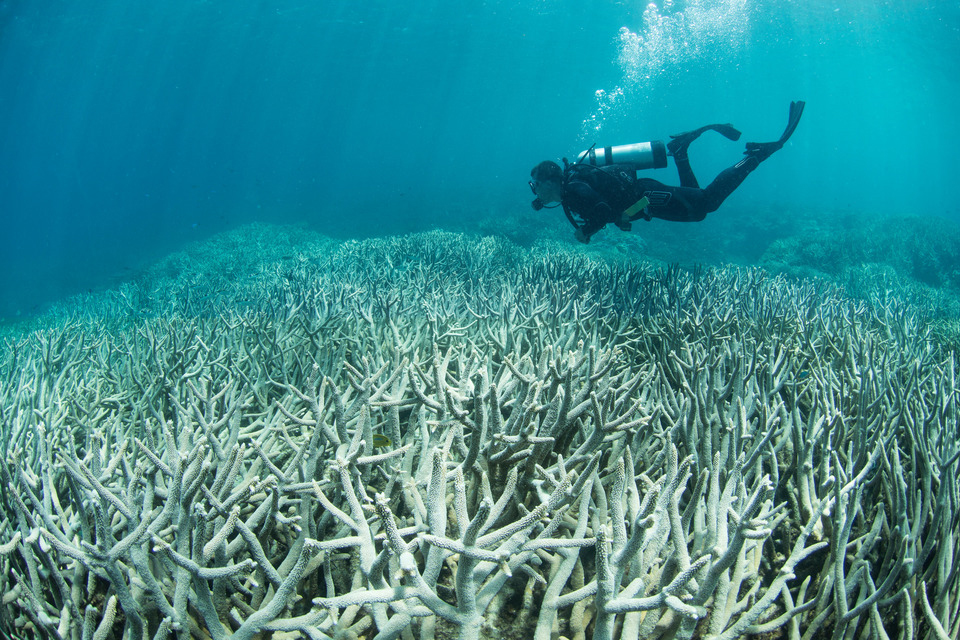 This is why the accelerated ratcheting-up process agreed in Glasgow was a breakthrough, with Parties requested to revisit and strengthen their plans in 2022, and to submit their progress reports towards achieving the targets every year from now on. This is an important step, as we cannot wait five years to find out how we are doing and, by retaining this annual focus on the 1.5C temperature goal, COP26 has kept the spirit of Paris alive – just. COP27 represents the next formal opportunity to review the progress of all those who signed up to the Glasgow Climate Pact, and to hold their feet to the fire.

The Convention on International Trade in Endangered Species of Wild Fauna and Flora (CITES) nominally protects over 38,700 species – including almost 6,000 animal species and 32,800 plant species against over-exploitation through international trade.

FFI played a pivotal role in the establishment of CITES back in 1973 and has since helped our partners around the world to secure greater protection for numerous endangered species from rosewood to rhinos. At COP18, the most recent CITES conference in 2019, we were instrumental in ensuring that all trade in the rare and remarkable Union Island gecko was prohibited, called for stronger safeguards for the neglected Asian elephant, and advocated measures to protect wild sturgeon from trafficking. The next conference is scheduled to take place from 14th to 20th November. 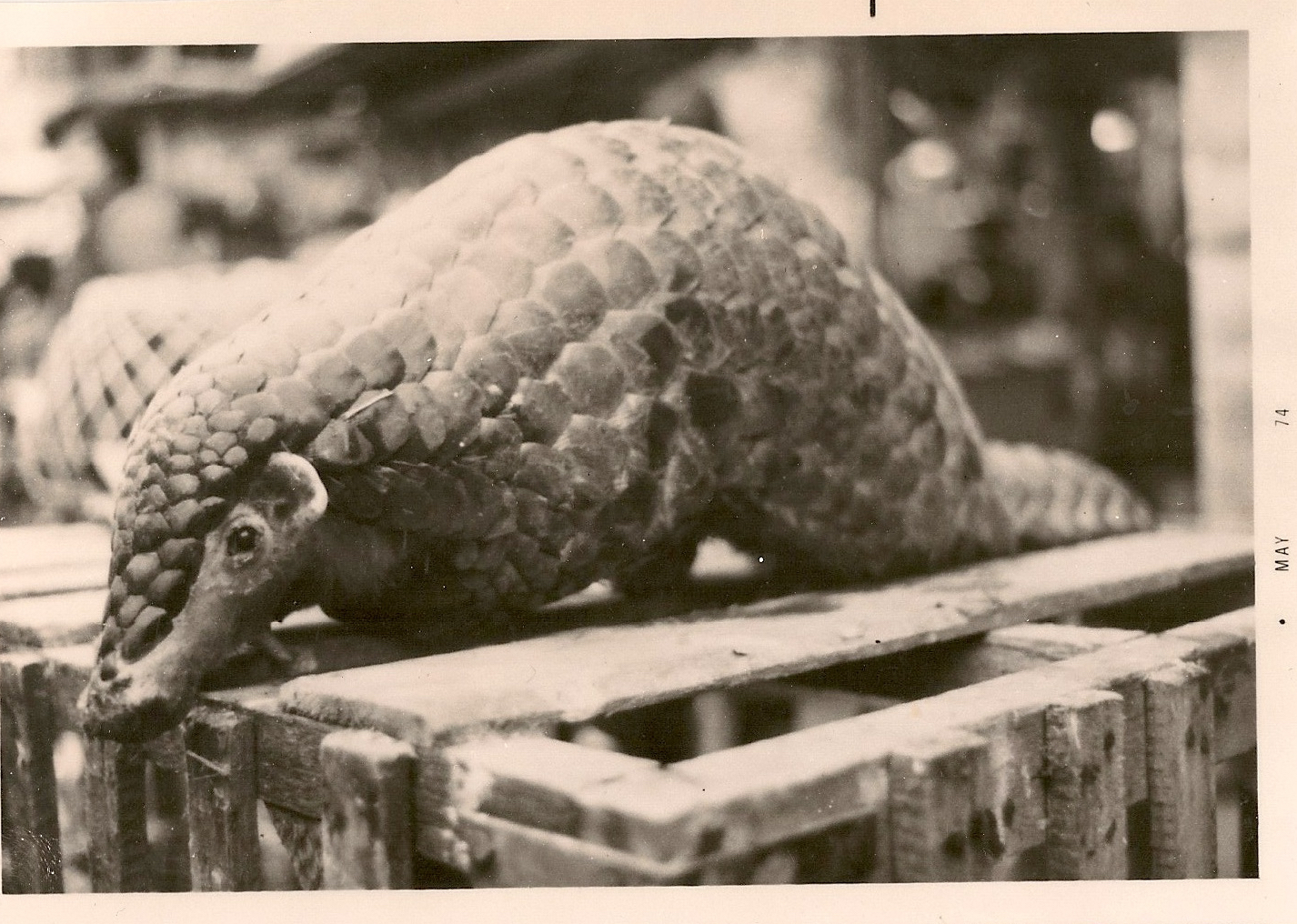 Archive photo from a 1974 survey into the volume of trade in pangolins. Credit: FFI

From an FFI perspective, COP19 is an opportunity to address the plight of pangolins, the world’s most trafficked mammal. This is an animal that the world is struggling to protect because we know so little about it. We will also be keeping a close eye on the discussions around lifting the international ban on trade in the critically endangered saiga antelope, whose populations in Kazakhstan are increasing but by no means stable.

Covid-19 has brought the global  exploitation of wildlife into sharp focus. Wildlife trade has been repeatedly implicated in the transmission of zoonotic diseases to humans, and this is merely the latest and most severe manifestation of that phenomenon. The regularity of such spillover events, as they are known, has tripled in the last decade, due in no small part to the burgeoning trade in wild animals.

We do not know where the next epidemic will appear or how many people it will affect, but without concerted action to tackle the root causes, the risk of a new – and even more deadly – zoonotic disease emerging will only increase. CITES has a crucial role to play in helping to prevent future pandemics.

The success or failure of these high-level meetings – and the extent to which warm words translate into meaningful action in their aftermath – will largely dictate whether we come to look back on 2022 as the year when nature finally turned the corner. Here’s hoping.