From anomalure to zebra duiker – Spotlight on West Africa’s mammals

If you thought zebra duiker and otter shrew were four different animals, think again. These are just two of the elusive creatures that Fauna & Flora International (FFI) and partners were hoping to track down during recent surveys of large and small mammals in one of West Africa’s most important rainforests.

When we talk about African mammals, it tends to conjure up certain images: elephants at a waterhole; lions lounging in the shade of an acacia; vast herds of wildebeest and zebra sweeping across a spectacular savannah backdrop dotted with towering giraffes and the occasional irascible rhino.

It’s easy to forget that the lush primary forests on the other side of the continent harbour some of Africa’s most charismatic and endangered mammal species. Ziama-Wonegizi-Wologizi Transboundary Forest Landscape (ZWW), which straddles the border between Liberia and Guinea, is one such area.

With support from the United States Agency for International Development (USAID) through its West Africa Biodiversity and Climate Change (WA BiCC) programme, survey teams comprising FFI staff, rangers from Guinea’s Centre Forestier de N’Zérékoré and Liberia’s Forestry Development Authority, external consultants, students and communities on both sides of the border have been conducting a series of rapid assessments of the biodiversity – including mammals large and small – in this relatively unexplored forest. 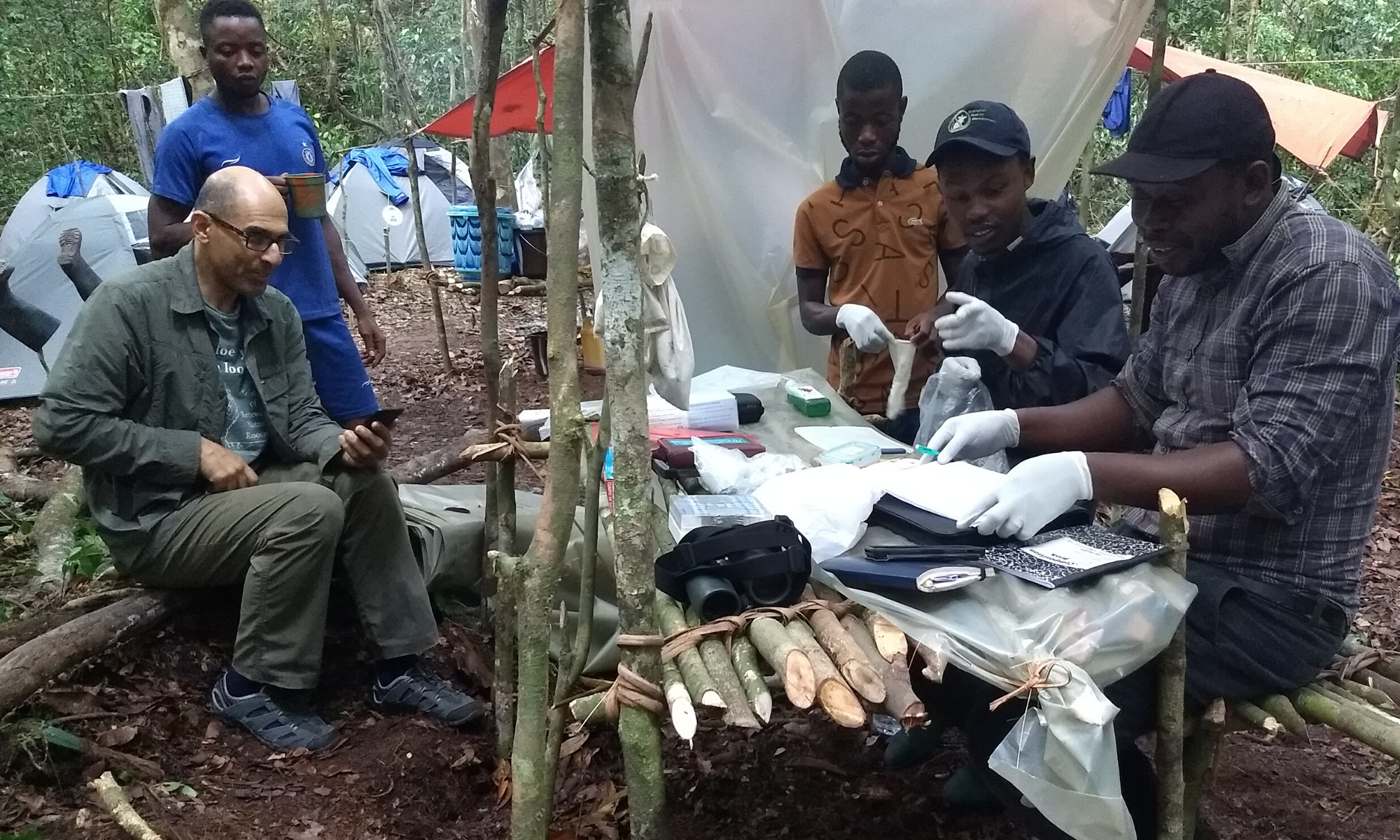 One of the small mammal survey teams in the field. Credit: Ara Monadjem

Actual sightings of large forest mammals – even relatively abundant ones – are rare. Most of these animals are secretive and understandably wary of humans. More often than not, the survey teams had to be content with tantalising signs of their presence: a golden cat pawprint; the call of a king colobus; undergrowth encrusted with the dried dung of a pygmy hippo.

Data were compiled using a combination of interviews, reconnaissance surveys and active searching for evidence of particular species. In this respect, the teams relied heavily on the local knowledge and tracking skills of recruits from four communities around Wologizi.

Regrettably, the only pangolin encountered was a dead one being prepared for the pot in a nearby village, underlining the need for further awareness campaigns to explain these scaly mammals’ rarity and importance to the forest.

Diana monkeys and duikers (forest antelopes) were among the few species spotted. In total, 28 species – or indicators of their presence – were recorded during the large mammal survey, from forest elephants to tree pangolins. Over half of them – including the critically endangered western chimpanzee – are of global conservation concern. 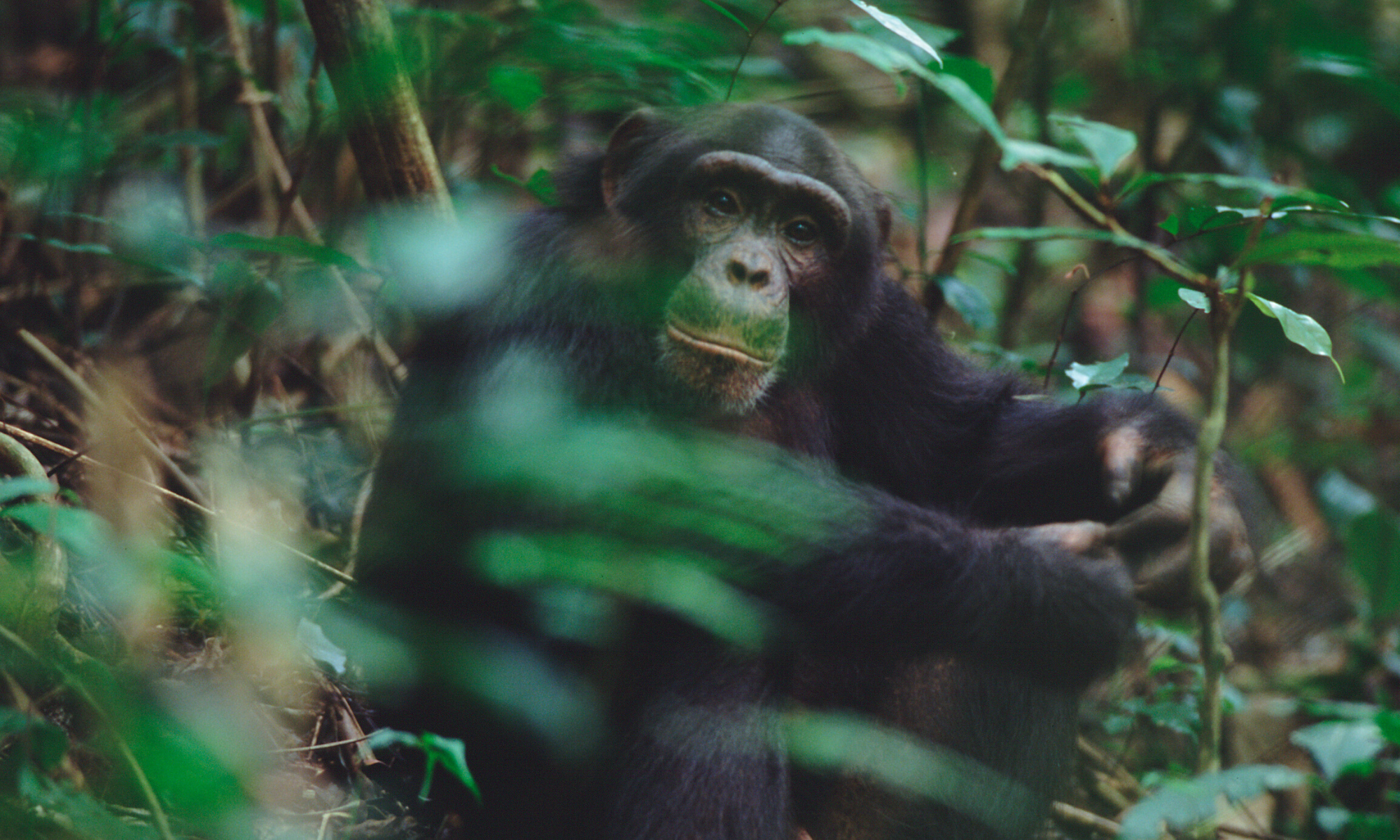 The critically endangered western chimpanzee was recorded during the surveys. Credit: Jeremy Holden/FFI

Menladi Lormie, a biologist working for the Forestry Development Authority and currently seconded to FFI, was a member of the field team. The experience left a deep impression on Menladi, who was among the winners of this year’s African Ranger Awards: “Walking through the beautiful and mountainous Wologizi forest in search of signs of elephants, chimps and hippos was like entering a temple filled with abundant wildlife. It is such a unique place.”

Close encounters of the furred kind

If West Africa’s large mammals are in danger of being overlooked, it’s fair to say that their more diminutive forest counterparts have received even less conservation attention. The ecological importance of small mammals is increasingly evident, but our knowledge of their behaviour and status – and, in some cases, their very existence – is relatively poor. The surveys conducted this year in Wologizi and Ziama have gone some way to rectifying this, revealing potentially new species and highlighting the need for further research.

The majority of small mammals recorded were captured in traps or – in the case of bats – nets. As small mammal specialist and survey team leader Professor Ara Monadjem had predicted, the quirky and intriguing Nimba otter shrew was among the species caught in Wologizi. These carnivorous, amphibious, hyperactive creatures hunt underwater, using their sensitive whiskers to detect prey. They are not known to occur outside the Upper Guinea forest and this is believed to be the westernmost record of the species. 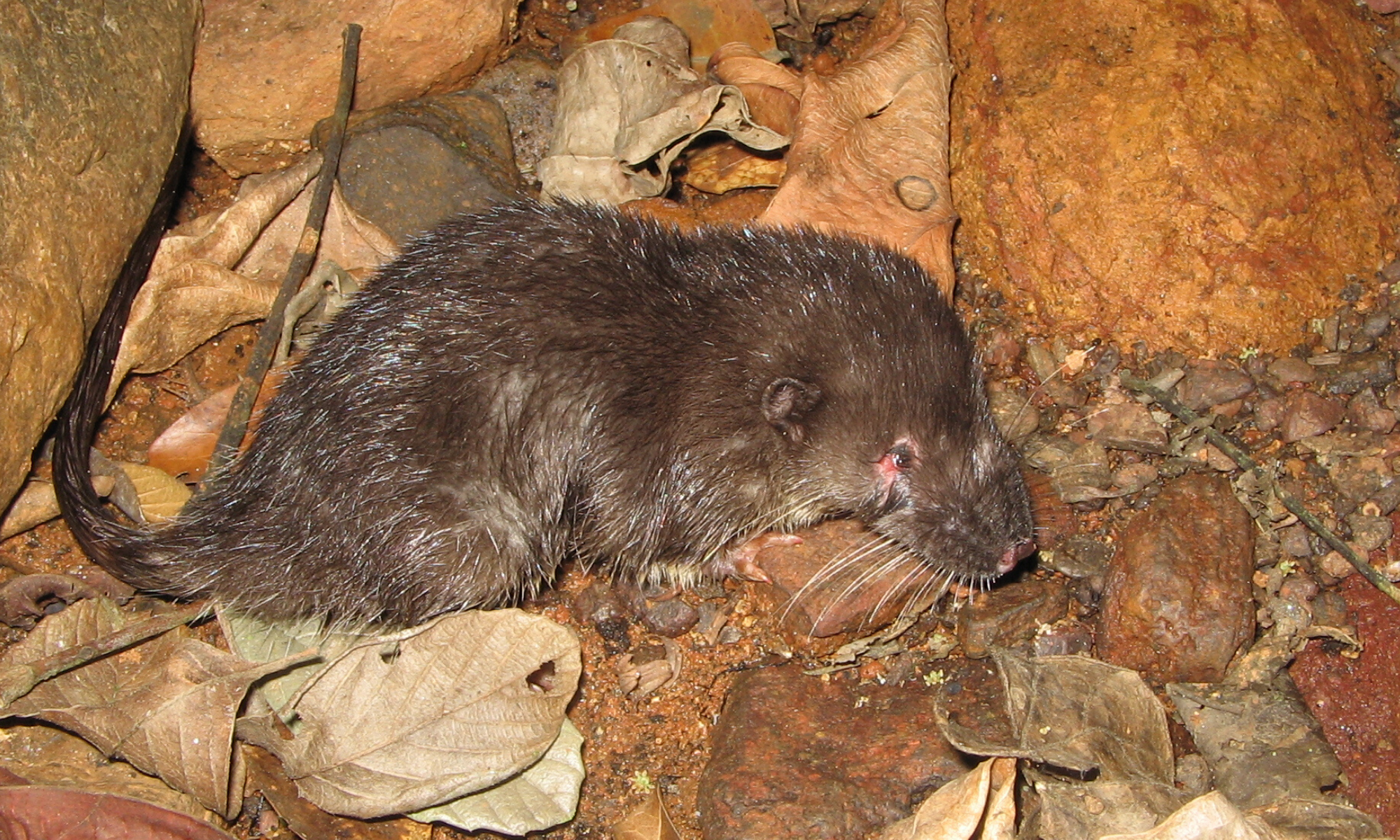 A total of 15 rodent, eight shrew and 27 bat species were captured. One rodent that evaded capture, but was spotted in the forest, merits a mention for its exotic name alone. Lord Derby’s anomalure – more common than its noble title perhaps suggests – is, in fact, a scaly-tailed flying squirrel. By contrast, the African wading rat – virtually unknown in West Africa – was an unexpected find.

Bats comprise around 20% of the world’s mammal species. Their global value as pollinators, seed dispersers and industrial-scale consumers of invertebrate pests is virtually incalculable. Among the highlights of the bat encounters was the super-rare Ziama horseshoe bat – previously known only from a single site in Guinea and a single specimen caught in Wonegizi. Only four individuals of this distinctive species have ever been captured.

According to Ara, this bat is likely to be confined to ZWW because it has never been recorded at nearby sites with similar habitat: “Not many reserves in the world can claim to have their own endemic mammal!” Two of the other bat species captured are known to be confined to the wider Upper Guinea forest, and another may even turn out to be new to science, subject to further investigation. 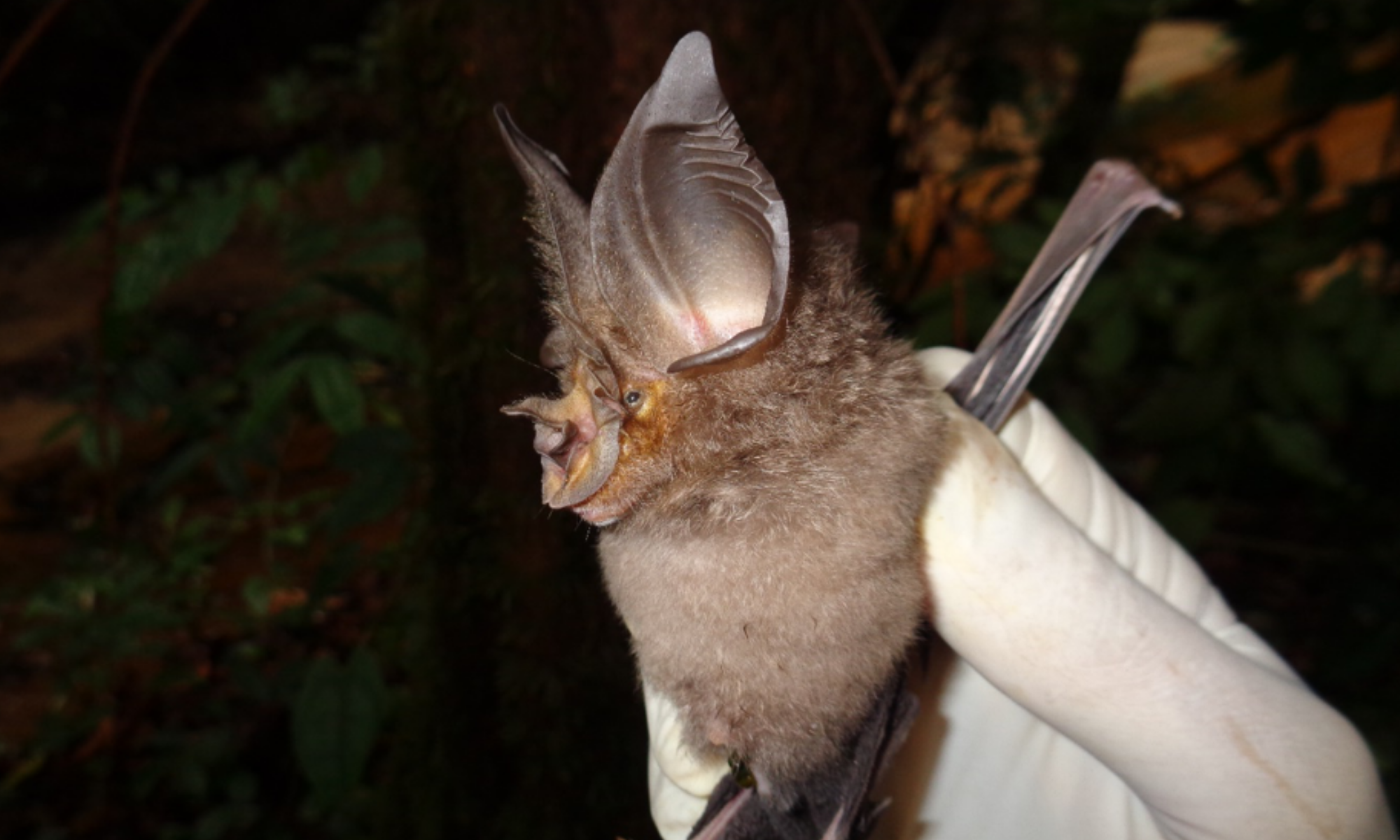 One of only four Ziama horseshoe bats ever captured. Credit: Ara Monadjem

The main takeaway from the large and small mammal surveys alike is that we are barely scratching the surface of this wildlife-rich landscape. These forests and their threatened inhabitants – from heavyweight elephants to less-familiar featherweights – are in urgent need of greater protection.