The latest IUCN Red List update, published last week, does not make comfortable reading. An ever-growing list of extinct species reminds us that we urgently need to persuade the world’s leaders and decision-makers to put nature first.

As usual, media coverage has focused primarily on the large animals that are declining or, in some cases, recovering. You can search in vain for any mention of plants, other than in the most generic terms.

Take, for example, one of the floral kingdom’s most spectacular, charismatic and endangered plant families: South Africa’s proteas. The latest update includes, for the first time, assessments of the status of all 353 known species. An astonishing 165 of these – that’s virtually half – are officially threatened with extinction.

Why is this not headline news?

According to the Royal Botanic Gardens, Kew, plant species have been going extinct much more quickly than we thought. A recent study found that 571 plant species have been irretrievably lost since 1750, four times the number previously recorded on the IUCN Red List. Tellingly, this figure is twice the recorded number of bird, mammal and amphibian extinctions combined. 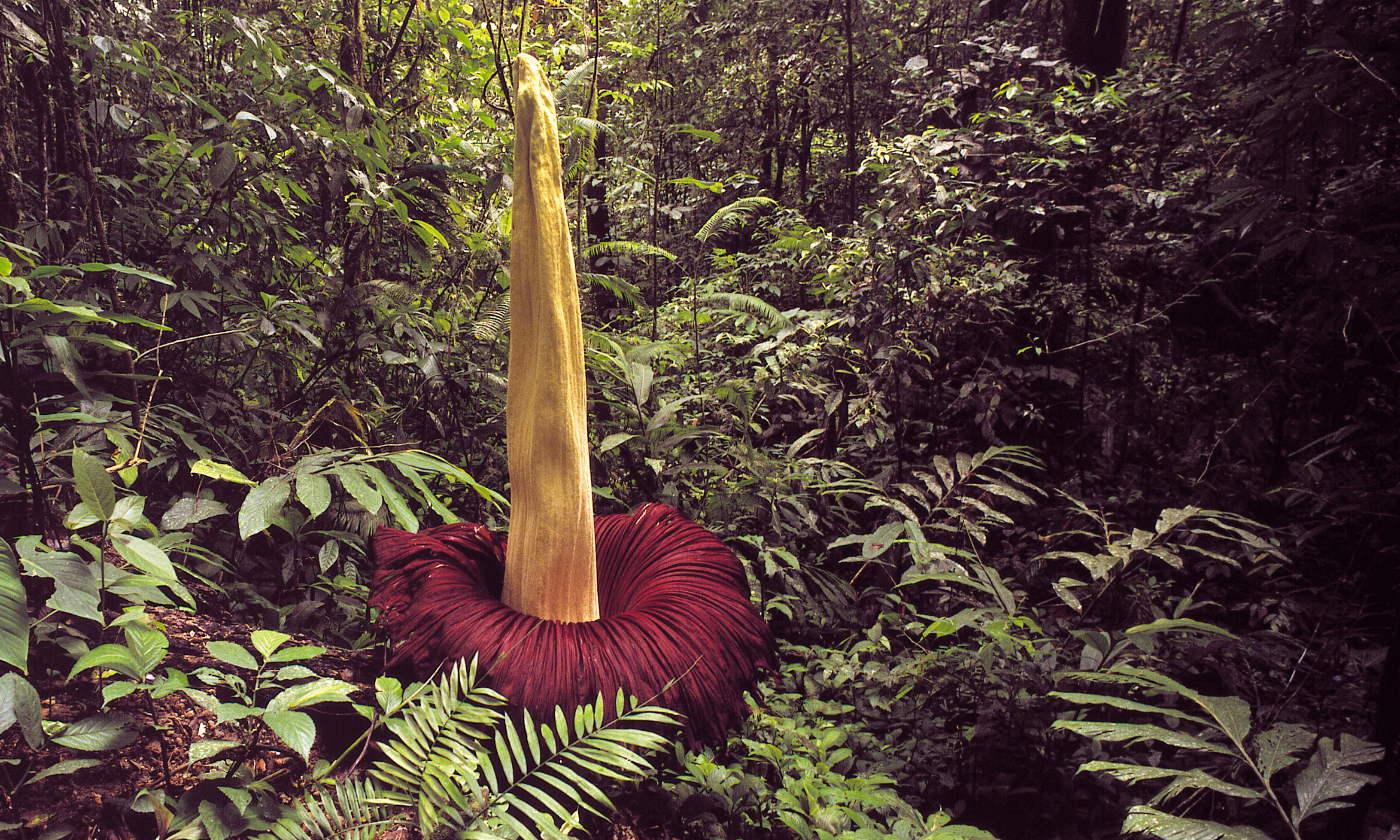 The spectacular, super-sized and endangered Amorphophallus titanum, the largest inflorescence in the world, shares its forest habitat with the Sumatran tiger and, like its feline counterpart, is found nowhere else in the world. Credit: Jeremy Holden/FFI

Yet even this shocking statistic is still likely to be a gross underestimate. The long generation times of many plant species mean that they can persist in ecosystems long after their pollinators, seed dispersers or even other individuals with which to reproduce have died out. These functionally extinct species are dubbed ‘the living dead’ by ecologists.

Furthermore, by virtue of their sheer diversity, it is likely that many plant species are going extinct before scientists have even had a chance to discover them. The total number of vascular plant species – ferns and flowering plants, in other words – is estimated to be close to 400,000, with approximately 2,000 new species being discovered every year. For plant conservationists, this poses a huge challenge. The status of over 90% of known plant species has yet to be assessed.

The disproportionate attention given to the study of animals, in comparison to plants, is a constant source of frustration among botanists. Particularly in western societies, people have a tendency not to notice the plants around them.

As our name suggests, Fauna & Flora International (FFI) has a problem with this phenomenon, known in conservation circles as plant blindness, and we have been working to address this imbalance for decades. 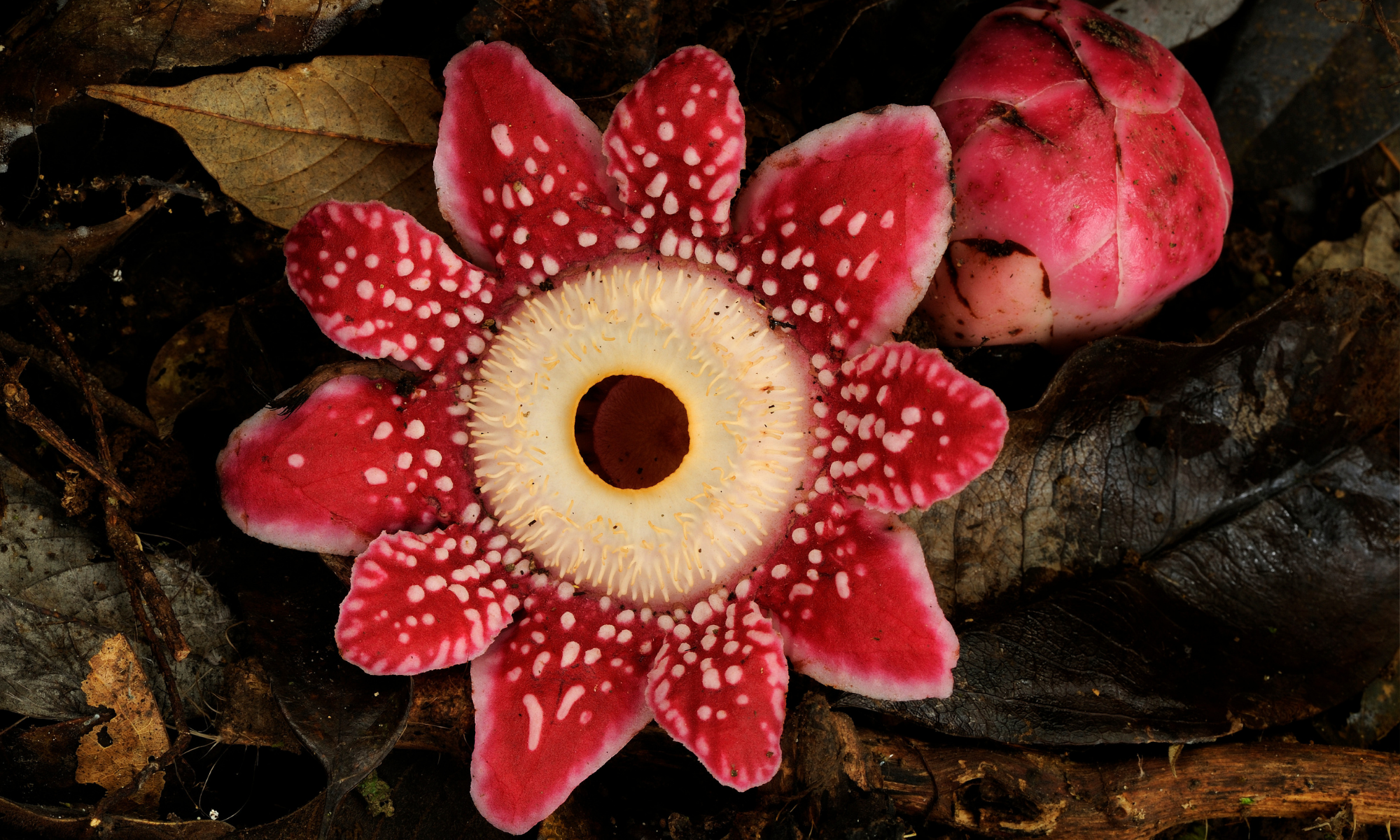 FFI is taking crucial in situ action for a plethora of plant species – including some of the world’s most endangered flowers – whether threatened by trade, agricultural expansion or overharvesting. Our work with proteas and other threatened flower species in South Africa is a prime example.

Home to all the world’s protea species, as well as myriad other striking and familiar flower types including gladioli, freesias and lobelias, South Africa’s Cape Floral Kingdom is one of the most biologically rich regions on the planet, and among the most threatened. It harbours more species of native plant, relative to its size, than even the richest tropical rainforest. Of the 8,500 plant species found there, a staggering 5,800 occur nowhere else in the world. The dominant vegetation, known locally as fynbos, is threatened by invasive alien tree species, urban expansion, agricultural encroachment and unsustainable exploitation of wild flowers.

In 1998, FFI was instrumental in saving over 500 hectares of this irreplaceable botanical paradise from conversion into vineyards and supporting its continued operation as a wildflower harvesting business through our local partner, Flower Valley Conservation Trust. Crucially, the project has created sorely needed economic and educational opportunities for the impoverished local rural communities – with profits from the flower export business ploughed back into the local economy – thereby reinforcing the message that conservation of natural resources pays dividends.

A code of practice has been developed to prevent over-harvesting, with the result that 56,000 hectares of fynbos now benefits from greater protection. Local employment stands at a record high, and the market for certified flower products has increased sixfold, with substantial volumes of ethically sourced fynbos bouquets sold in the UK and South Africa itself. 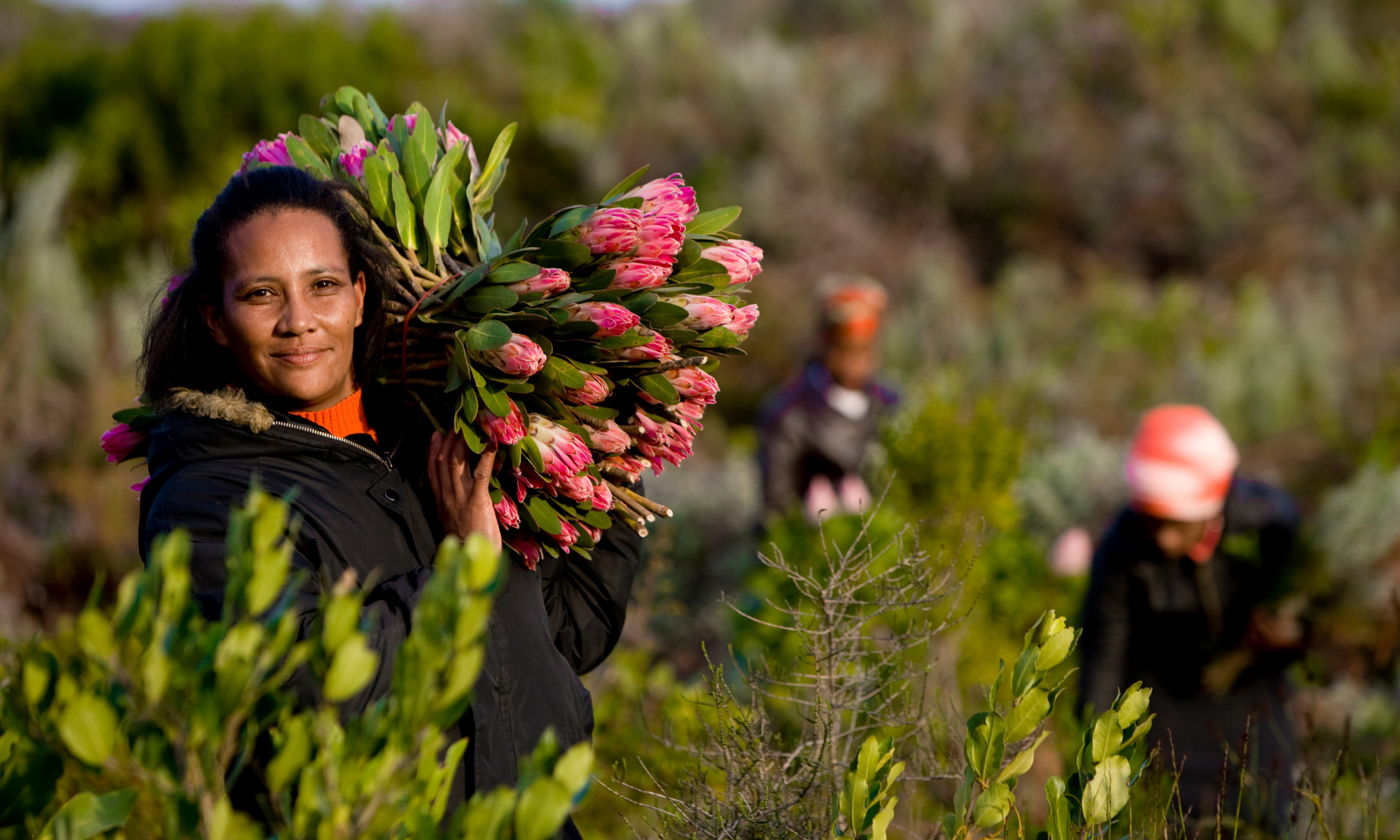 The success of this financial model is helping to convince landowners, private businesses and local communities that sustainable use of South Africa’s natural heritage offers significantly better long-term economic prospects than alternative agricultural land uses. FFI’s approach at Flower Valley now serves as a blueprint for wider conservation and poverty relief initiatives in the Cape.

Why should we care?

For too long, plants have been regarded as part of the scenery; the verdant backdrop against which a star-studded cast of animals struts and frets its hour upon the stage. In fact, they underpin all life on Earth, providing us with food, medicines and countless raw materials. Plants shape our culture, religion and well-being. They regulate our climate, store vast amounts of carbon, clean the air and stabilise soils. In economic terms, the healthy functioning of the ecosystems that plants support is valued at an estimated US$145 trillion per year. 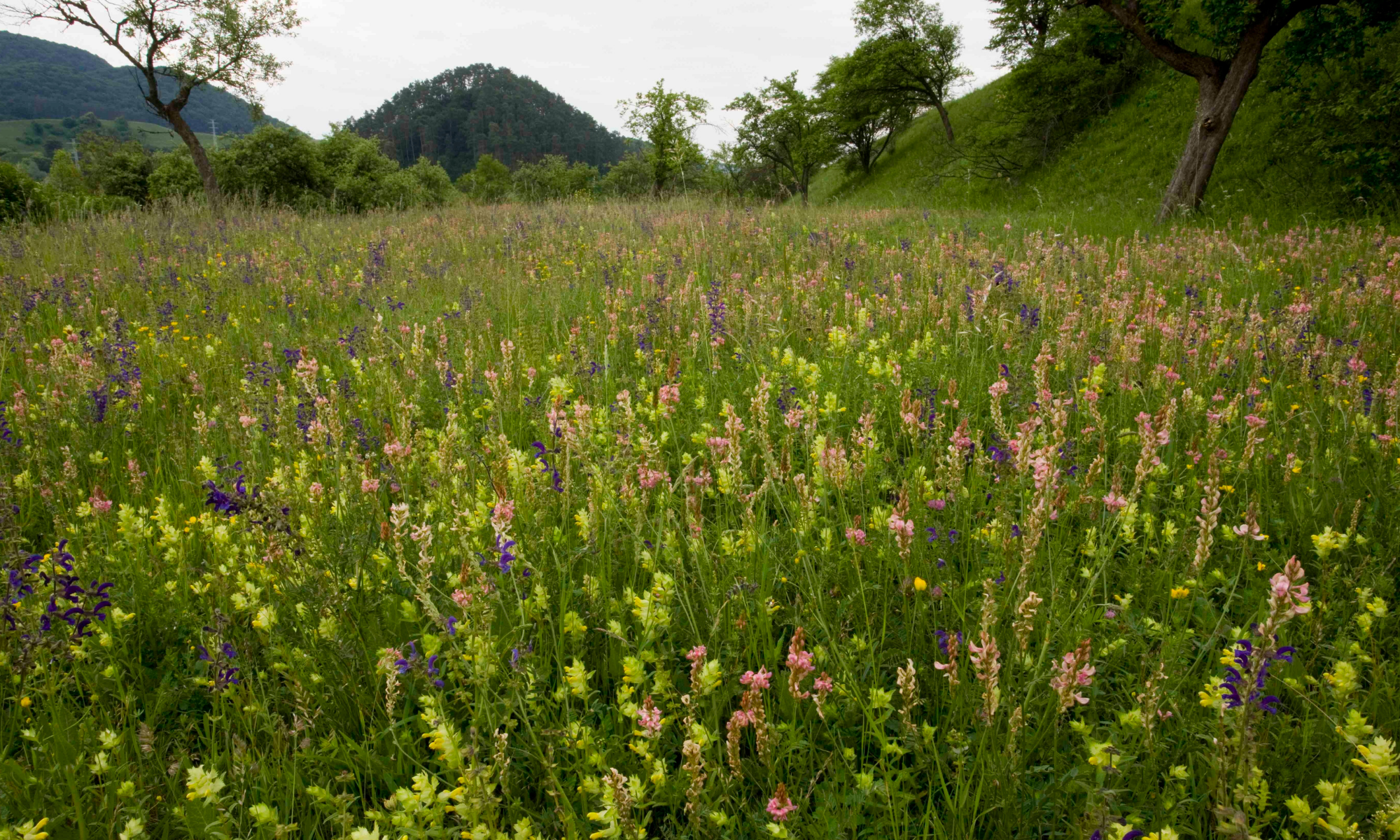 Traditional management of Transylvania’s ancient flower-rich grasslands is vital for the survival of a wealth of invertebrates. Credit: ADEPT

Perhaps the most obvious benefit that plants provide to our species – and to countless others – is food. We obtain 60% of our energy intake from just three species; that dependency on rice, wheat and maize leaves us in a precarious position in the face of climate change and the predicted spread of new pests and diseases it will facilitate.

The answer to this problem lies in wild species closely related to domesticated crops. These wild cousins of crops are naturally adapted to a range of environmental conditions, possessing traits that can be used by breeders to develop new drought-resilient and pest-proof varieties. Many of these wild ancestors – such as the little-known Niedzwetzky’s apple – are close to extinction, and we neglect them at our peril. If we lose them, we lose vital adaptations, evolved over millions of years, that could help address the challenges of a burgeoning human population and the uncertainty of a changing climate.

Every species that disappears is a vital resource lost, or a potential one squandered, and huge investment is required to prevent this. When FFI recently urged global leaders to invest in nature, the world’s threatened plants were uppermost in our minds. They deserve equal billing alongside the headline-grabbing, eye-catching megafauna that monopolises media attention.

Help protect Our One Home

Plant diversity is fundamental to life on our planet. Join us in calling on global governments to invest in nature.

Wild flower habitats are as varied as they are beautiful, and are of immense cultural, ecological and economic value.

Today, over 10,000 tree species are threatened with extinction, with more than 1,900 species listed as critically endangered. Find out how FFI is working to conserve our planet's threatened trees.