How do you identify a soaring scavenger from its flight silhouette, or pinpoint which species of swallowtail has just fluttered by on gossamer wings? These were among the challenges facing the survey teams as they attempted to shine a spotlight on the wildlife treasures concealed within the tropical forests on both sides of the border between Guinea and Liberia.

Home to some of West Africa’s most charismatic and endangered wildlife, Ziama-Wonegizi-Wologizi Transboundary Forest Landscape also harbours numerous other biological riches. This year, with support from the United States Agency for International Development (USAID) through its West Africa Biodiversity and Climate Change (WA BiCC) programme, Fauna & Flora International (FFI) and our local partners have begun to unveil some of its secrets.

Survey teams comprising FFI staff, rangers from Guinea’s Centre Forestier de N’Zérékoré and Liberia’s Forestry Development Authority, external consultants, students and communities on both sides of the border have been gathering vital data on everything from forest elephants to fruit bats. Among those leading the surveys were bird and butterfly experts, and their findings are just as exciting as we had hoped. 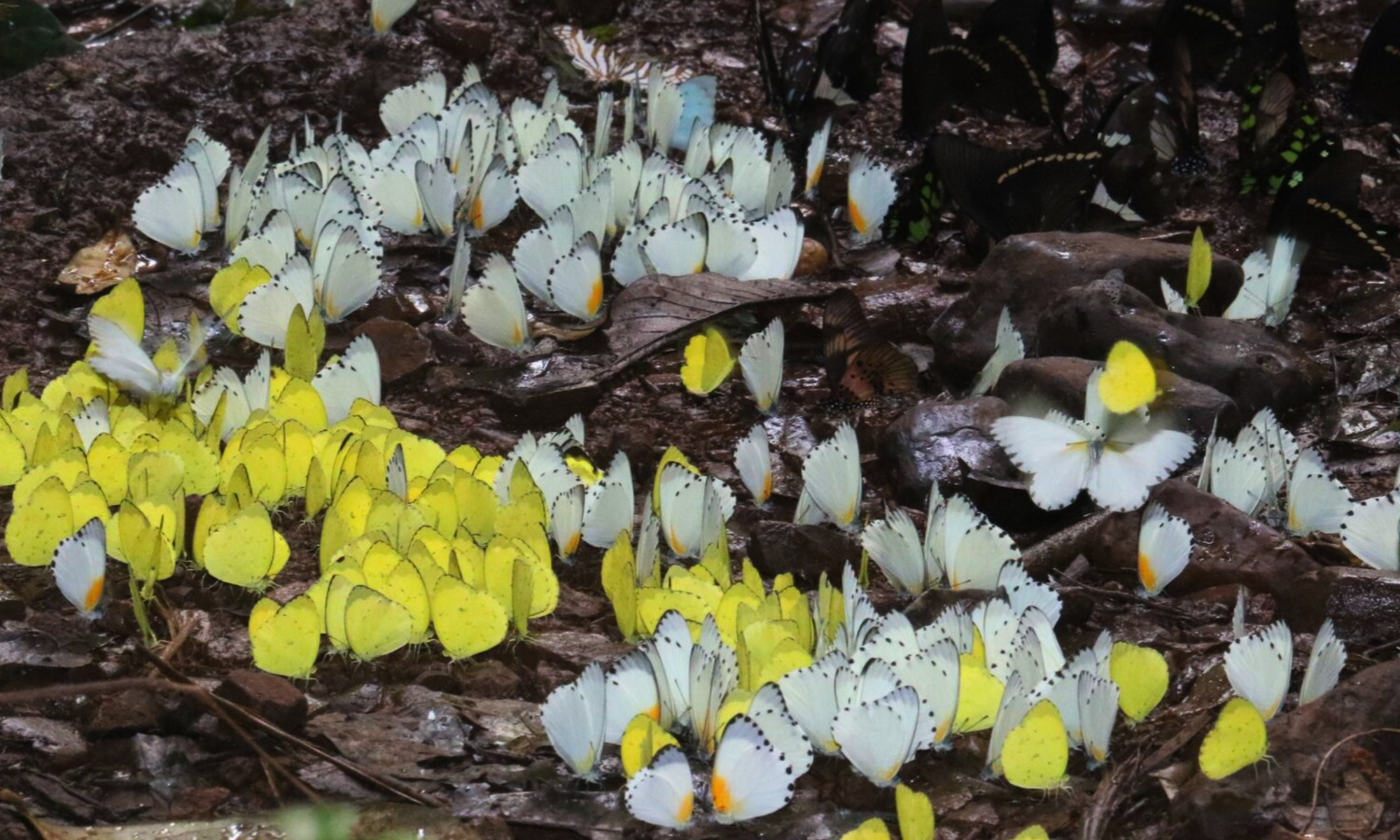 Armed with mist nets, binoculars and other essential tools of the trade, teams led by Dr Taiye Adeyanju and Dr Talatu Tende were aiming to document some of the rich birdlife that these forests harbour.

A solitary white-backed vulture seen flying over the Wologizi forest was one of the survey highlights. As recently as a few decades ago, sightings of this bird would have barely warranted a raised eyebrow, but this species – like other vultures – has declined by over 90% in West Africa within just 50 years. It is now perilously close to extinction.

One team was lucky enough to catch a fleeting glimpse of four Timneh parrots. This close relative of the more familiar African grey parrot is now regarded as a separate species. Both birds are under severe pressure from the illegal pet trade – as well as habitat loss – and are officially categorised as Endangered on the IUCN Red List.

The spectacular and threatened yellow-casqued hornbill, one of the largest birds in West Africa’s forests, was sighted on several occasions in Wologizi and Ziama. Evocatively named species such as the green-tailed bristlebill and yellow-bearded greenbul were among the many other globally threatened forest specialists observed at both sites. 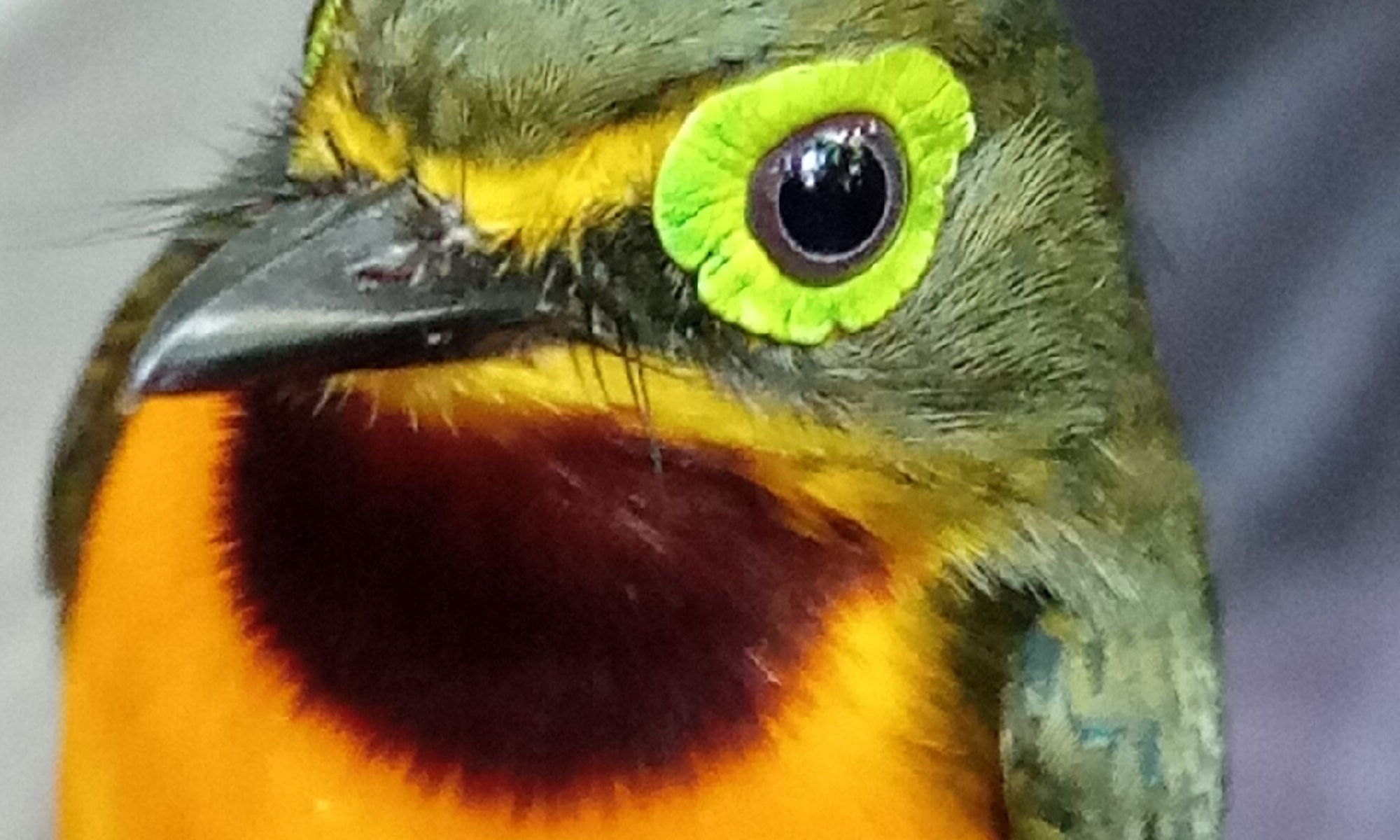 The mournful hooting of the rufous fishing owl, named for its reddish-brown plumage and its pescatarian diet, was heard during several of the team’s nocturnal forays in Wologizi.

More than 90 forest-dependent bird species were positively identified. This equates to a staggering 50% of the total number of forest-restricted species known to occur in Liberia’s Important Bird and Biodiversity Areas (IBAs). The presence of all these birds serves to confirm the global importance of the Ziama-Wonegizi-Wologizi landscape for avian diversity.

Despite the difficult terrain and some logistical issues, the survey team was able to cover a broad spectrum of forest types, but Dr Talatu Tende stressed the importance of further research: “There is a need for ongoing avian surveys within this landscape, in order to document those species that this rapid survey may have missed due to time constraints and – going forward – to understand the overall trends.”

The IBA concept is a relatively familiar one to natural history enthusiasts, and reflects the fact that birds are often top of the pecking order when it comes to conservation action. If there was an entomological equivalent, this area of forest in West Africa would surely qualify as an Important Butterfly Area.

Despite a series of logistical setbacks, entomologist Szabolcs Sáfián (Safi) and his survey teams recorded an impressive 401 butterfly species during 23 days of fieldwork at just three sites in Ziama. According to Safi, however, this total is just the tip of the antenna: “As expected from its location, size and geography, Ziama hosts an incredibly rich butterfly fauna, including many Upper Guinea forest endemics. Over 400 species at the end of the dry season is a very high number. Many species are usually absent or scarce at this time of year. It is almost certain that subsequent visits in a different season would reveal even greater diversity.”

Sixty-year-old Séma Koïvogui, whose local knowledge was vital to the success of the surveys, has studied Ziama’s butterflies for a quarter of a century, and has a real passion for his subject: “For me, certain butterflies such as the giant swallowtail – the largest and most beautiful in Africa – symbolise the richness of this forest.”

Arguably the most important discovery was a small lycænid butterfly – scientific name Neurellipes helpsi – previously known only from a single location in Ghana. The upland swamp forest where it was found is under immediate threat from drainage and conversion to agriculture. The discovery highlights the urgent need to protect this specialist habitat and other wetlands within Ziama. 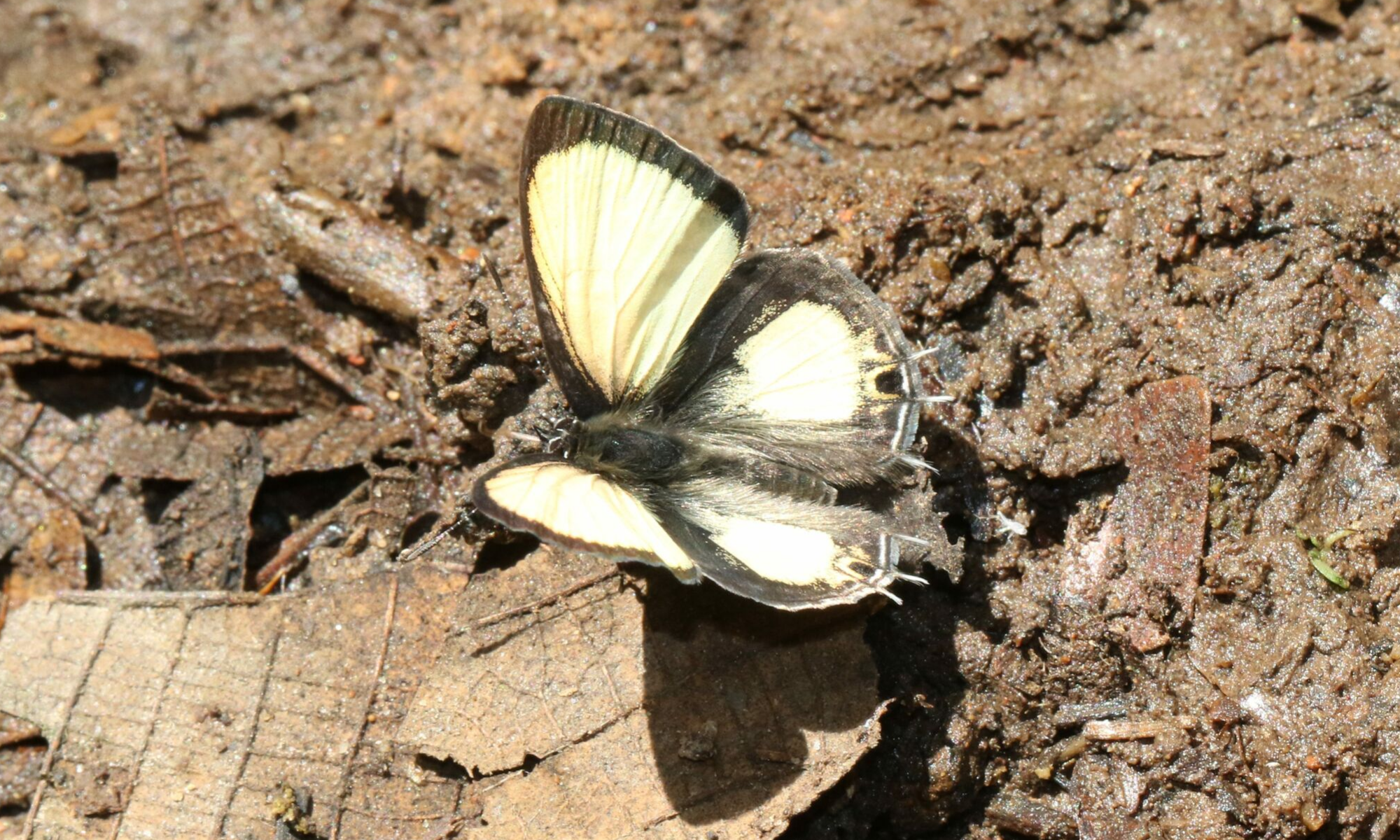 This tiny butterfly had never been recorded outside Ghana. Credit: Szabolcs Sáfián/FFI

Although the latest butterfly surveys were confined to Ziama on the Guinea side of the border, Safi and his team recently conducted similar research in Liberia on behalf of the African Natural History Research Trust, who generously agreed to share the data from Wonegizi and Wologizi. The latter was particularly rich in butterflies, with 450 species recorded in two surveys, many of which have not been found in Ziama.

As well as being an important piece of the forest jigsaw in their own right, butterflies are also a useful indicator of the health of the broader ecosystem. Particularly in the context of a changing climate, they serve as the insect equivalent of the canary in the coalmine.

Collectively, the results of these surveys have undoubtedly put butterflies firmly on the conservation map in this part of West Africa. Decisions influencing conservation tend to be based on knowledge of birds, mammals and some plants. These results will build a strong case for including butterflies as a target group for conservation.

Butterflies and birds are by no means the only in-flight entertainment in these forests. Though far less popular with the average wildlife enthusiast, bats are an absolutely essential component of a healthy forest ecosystem, not least as nocturnal pollinators and pest controllers. They will feature prominently in the next story, which reveals the results of the small and large mammal surveys. It’s safe to say that there are further surprises in store.